According to the court filing, Cohen also failed to report $30,000 in proceeds from the sale of a Hermes Birkin bag.

Read that portion of the filing below: 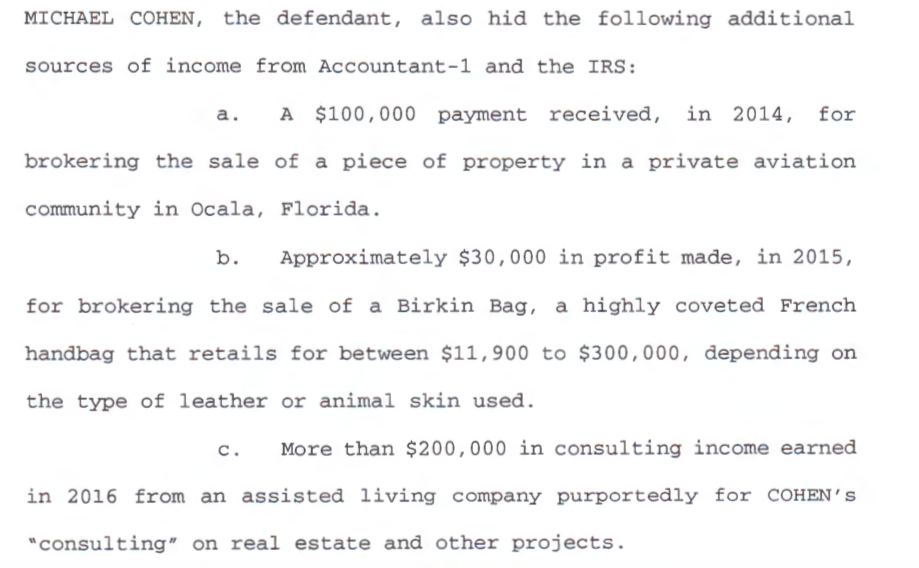 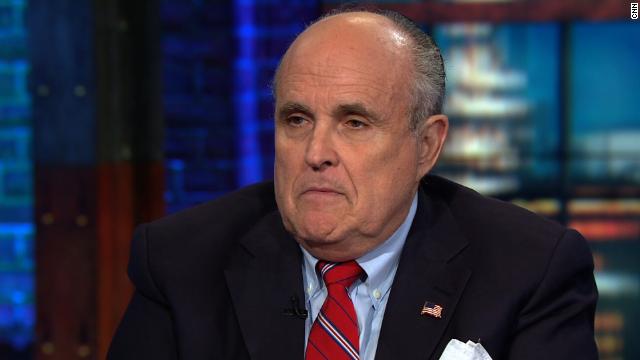 President Trump's lawyer Rudy Giuliani, reacting to Michael Cohen's plea, said, “there is no allegation of any wrongdoing against the President in the government's charges against Mr. Cohen"

"It is clear that, as the prosecutor noted, Mr. Cohen's actions reflect a pattern of lies and dishonesty over a significant period of time," Giuliani said.

Note: In court today, Cohen said that "in coordination and at the direction of a candidate for federal office," he kept information that would have been harmful to the candidate and the campaign from becoming public.

Lawrence M. Noble, the former general counsel of the Federal Election Commission and a CNN contributor, said that Michael Cohen's plea marks the first time in nearly 50 years that a US President has been accused of being a part of a campaign finance crime.

“This is the first time since Watergate that a President has been accused of being personally involved — directing and coordinating — a campaign finance violation," Noble said.

Cohen’s under-oath admission — in which he said he violated campaign finance law "in coordination and at the direction” of Trump — holds specific and significant weight for the President.

Typically, criminal prosecution would be likely in a case like this where there is evidence of a knowing and willful violation of campaign finance laws against corporate and excessive contributions, and at this large of a dollar amount.

“I think all three of those have definitely been met in the sense that this would be something eligible for criminal prosecution,” Noble said, drawing comparisons to the charges brought against former North Carolina Sen. John Edwards in 2011.

This reading of campaign finance violations stops at the prosecutors’ desks, however, as they decide how to interact with standing Justice Department policy that a sitting president cannot be indicted.

Michael Cohen's attorney Lanny Davis said his client decided to plead guilty today because he's ready to "put his family and country first and tell the truth about Donald Trump."

Cohen pleaded guilty in Manhattan federal court Tuesday to eight criminal counts and said that "in coordination and at the direction of a candidate for federal office" he kept information that would have been harmful to the candidate and the campaign from becoming public.

Cohen said in a plea deal that "in coordination and at the direction of a candidate for federal office" he kept information that would have been harmful to the candidate and the campaign from becoming public. 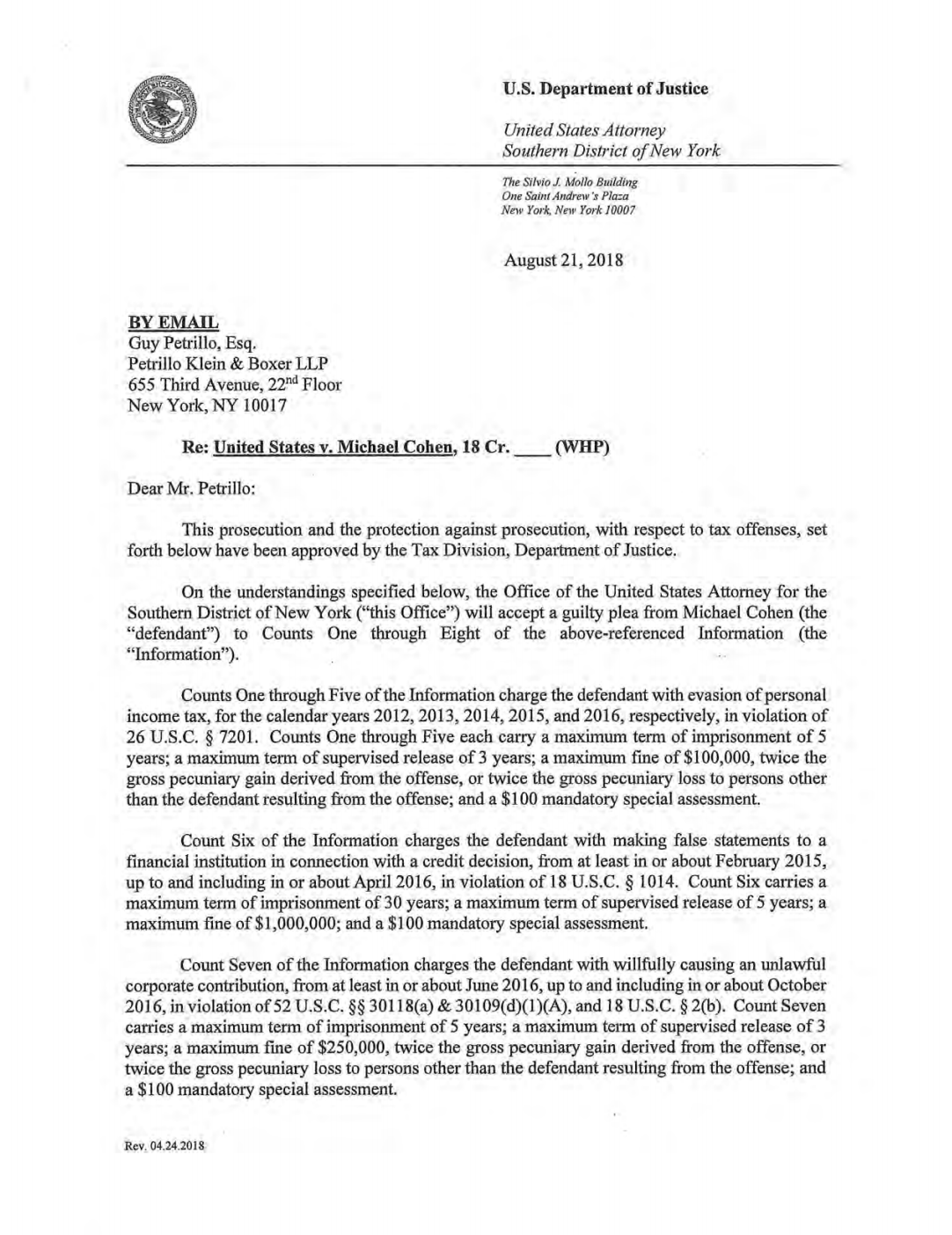 In a plea deal, he said that "in coordination and at the direction of a candidate for federal office" he kept information that would have been harmful to the candidate and the campaign from becoming public.

A sentencing date is set for December. 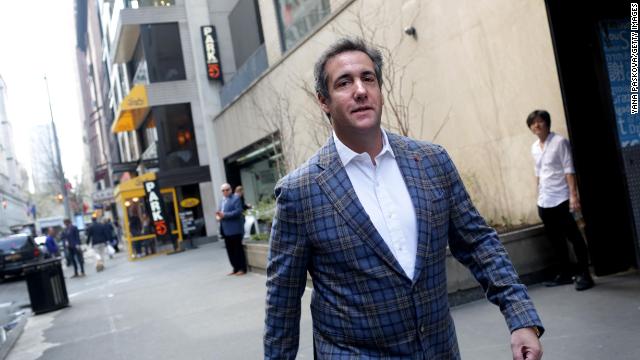 Michael Cohen entered the courtroom in Manhattan federal court minutes after 4 p.m. ET, wearing a dark suit, white shirt and gold tie. He smiled and nodded at several reporters in attendance to cover the proceedings.

Also in court to observe Cohen’s guilty plea were Deputy US Attorney Robert Khuzami and the US Attorney’s office’s chief of the public corruption unit. 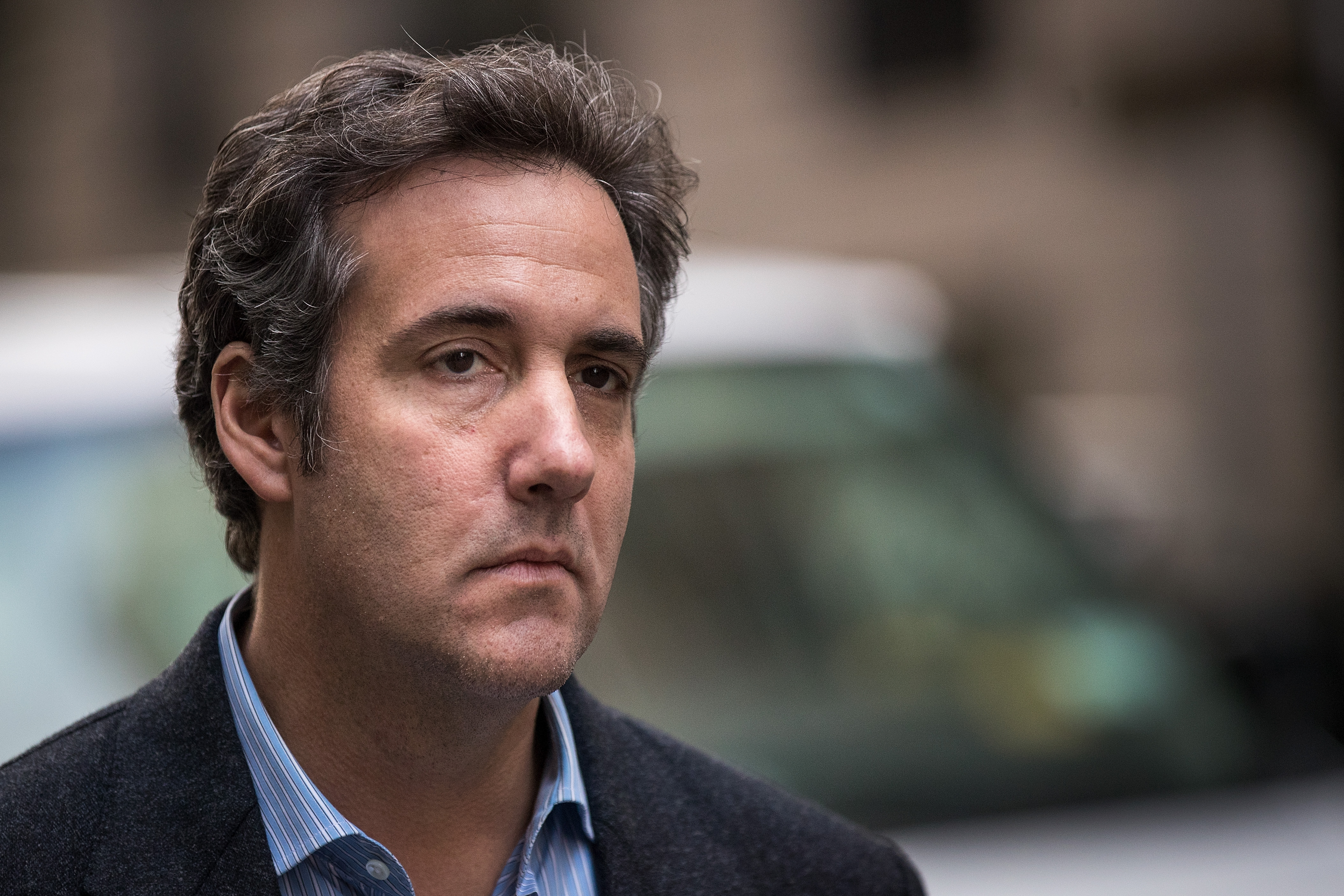 "This important role requires the full time attention and dedication of each member," Cohen wrote in an email to RNC chairwoman Ronna McDaniel. "Given the ongoing Mueller and (Southern District of New York) investigations, that simply is impossible for me to do."

Why this matters: Cohen is expected to plead guilty today in New York to multiple counts of campaign finance violations, tax fraud and bank fraud as part of a plea deal, according to three sources.

Prosecutors have yet to release details about the charges.

The Justice Department's Tax Division and the IRS had to approve the deal because it is tax-related, a source familiar with the matter told CNN.

Deputy Attorney General Rod Rosenstein’s office, as well as the Justice Department's Public Integrity Section and Criminal Division, were also consulted on the charges in the Michael Cohen case, the source confirmed.

But the timing of the plea came down to negotiations between prosecutors at the US attorney’s office in New York and Michael Cohen’s attorneys.