Michael Cohen said he practiced the tactic of "catch and kill" -- where a publication buys the rights to a story and then buries the story as a favor to someone -- for President Trump.

Why this matters: Cohen worked with the National Enquirer's owner, American Media Inc., to bury stories that could have harmed Trump's chances of winning the presidential election.

Media companies, of course, are usually in the business of publishing bombshell stories, not covering them up. But the National Enquirer operates differently. Trump and Pecker, the Enquirer's publisher and longtime friend of the President, have had a mutually beneficial relationship for years. Buying the rights to a potentially harmful story and then burying it as a favor -- a tabloid practice called "catch and kill"-- was one of the benefits.

In December, federal prosecutors struck a non-prosecution agreement AMI, which admitted to making a payment of $150,000 in cooperation with members of Trump's presidential campaign in order to prevent former Playboy model Karen McDougal's claims of an affair with Trump from being made public during the 2016 race. 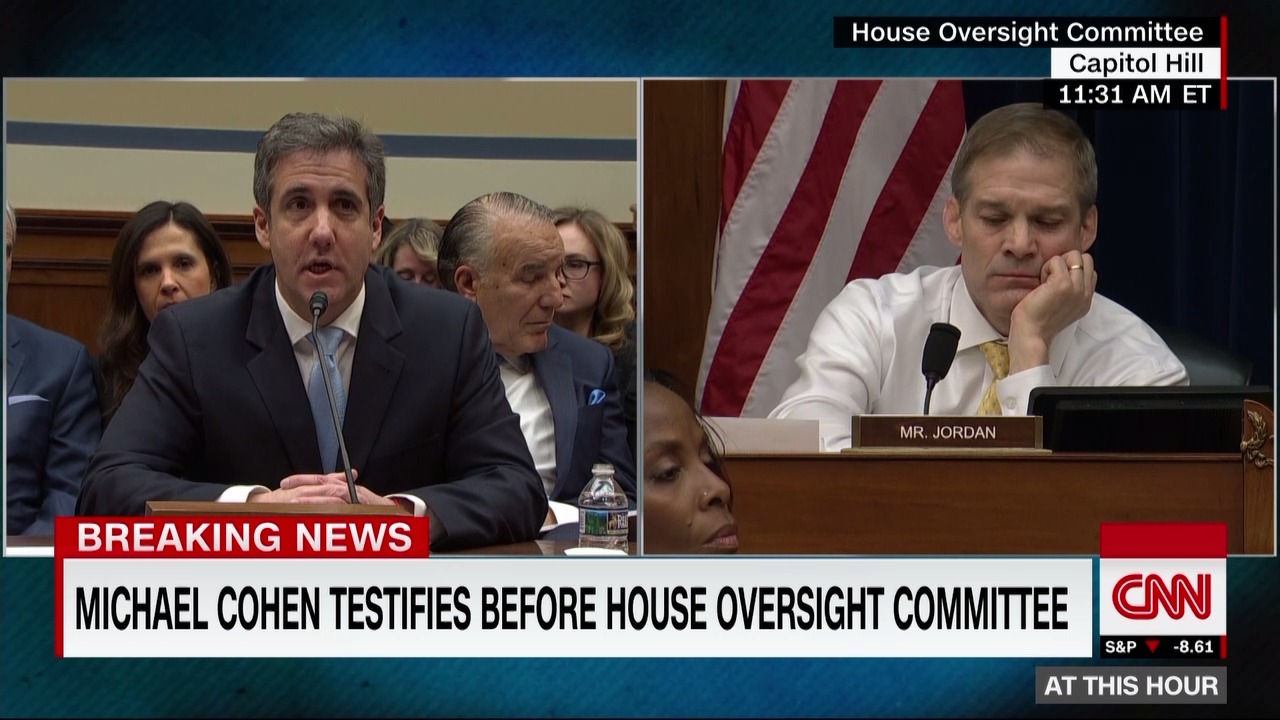 Jordan said that Cohen's "instinct to blame others is strong" and said he isn't remorseful for his actions.

Cohen interrupted the congressman, saying, "Shame on you, Mr. Jordan. That's not what I said. Shame on you."

Here's how it played out:

Jordan: "I would just make one point. We just had a five-minute debate where Mr. Cohen disputes what is the southern district of New York found, what the judge found, that he was actually guilty of committing bank fraud. If this statement back here doesn't say it all, Cohen's consciousness of wrongdoing is fleeting, his instinct to blame others is strong. His remorse is nonexistent. He just debated a member of Congress saying I really didn't do anything wrong —"

Watch the exchange below: 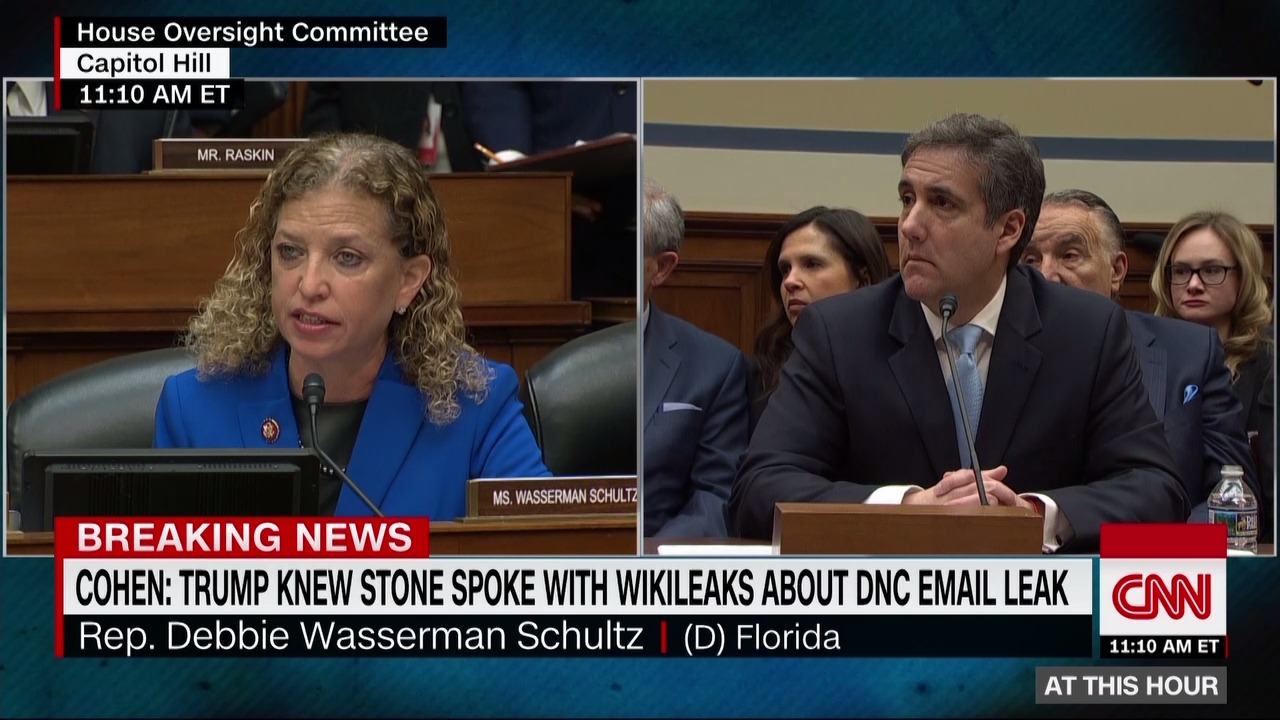 Michael Cohen said it's possible that the entire Trump family was compromised by Russia in the months before the 2016 election.

Rep. Debbie Wasserman Schultz, a Democrat from Florida, asked if the President's son, daughter and son-in-law were involved in the Trump Tower Moscow project.

"Was Ivanka, Jared or Don Jr. still involved in the Russian tower deal at that time?" she asked.

Wasserman Schultz followed up: "If Mr. Trump and his daughter Ivanka and son Donald Jr. are involved in the Russian Trump tower deal, is it possible the whole family is conflicted or compromised with a foreign adversary in the months before the election?"

In an exchange with GOP Rep. Jim Jordan, Michael Cohen disclosed that he was offered a job in the White House.

But Cohen said he turned the job down after being advised it would violate attorney-client privilege.

Jordan: "Mr. Cohen, how long did you work in the White House?"

Cohen: "I never worked in the White House."

Jordan: "You wanted to work in the white house..."

Cohen: "Sir, I was extremely proud to be personal attorney to the president of the United States of America. I did not want to go to the White House. I was offered jobs. I can tell you a story of Mr. Trump reaming out Reince Priebus because I had not taken a job where Mr. Trump wanted me to, which is working with Don McGahn at the White House general counsel’s office. One second. What I said at the time -- and I brought a lawyer in who produced a memo as to why I should not go in, because there would be no attorney/client privilege. And in order to handle some of the matters that I talked about in my opening, that it would be best suited for me not to go in and that every president had a personal attorney.

Jordan: "Here's what I see. I see a guy who worked for 10 years and is here trashing the guy he worked for for 10 years, didn't get a job in the White House, and now, now you're behaving just like everyone else who got fired or didn't get the job they wanted like Andy McCabe, like James Comey, same kind of selfish motivation after you don't get the thing you want. That's what I see here today and I think that's what the American people see."

Eric Trump and Donald Trump Jr., who are apparently watching the hearing, disputed Cohen's claim on Twitter. They tweeted:

Cohen said one of the checks — which he said was signed by President Trump — was made out to him to reimburse him for "illegal hush money I paid on his behalf."

"So let me make sure I understand. Donald Trump wrote you a check out of his personal account while he was serving as president of the United States of America to reimburse you for hush money payments to Ms. Clifford. Is that what you are telling the American people today?" Cummings asked.

Michael Cohen is wall to wall across America right now. Not only is his testimony being carried live on CNN and all the other cable news networks, but he is also appearing on the country's biggest broadcast networks.

ABC, CBS and NBC are all showing the hearing live, and will continue to air it for several hours, according to representatives for the networks. This means that Cohen's damning testimony will reach an even bigger audience, likely to be in the tens of millions.

Broadcast's power has receded in recent years, but it still makes a big statement when the broadcasters decide to interrupt their usual talk shows and game shows for big news events.

In the minutes before the hearing began, television anchors emphasized the stakes of this day.

"The last time Congress heard testimony like this" was "more than four decades ago when President Nixon's lawyer John Dean implicated Nixon in the crimes of Watergate," George Stephanopoulos said on ABC. "Echoes of that with Cohen today."

Fox-affiliated stations don't carry news events as often as ABC, CBS and NBC stations do, but Fox News is providing an optional special report to those stations as well. 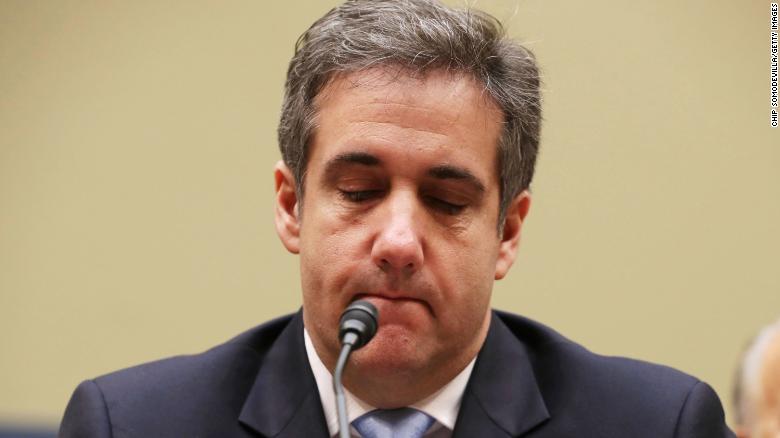 "I have never asked for it, nor would I accept a pardon from President Trump," he said.

In his opening statement, Cohen apologized again for lying to Congress and the country:

Cohen went on to claim Trump and his lawyer tried to intimidate him so he wouldn't appear before the committee. 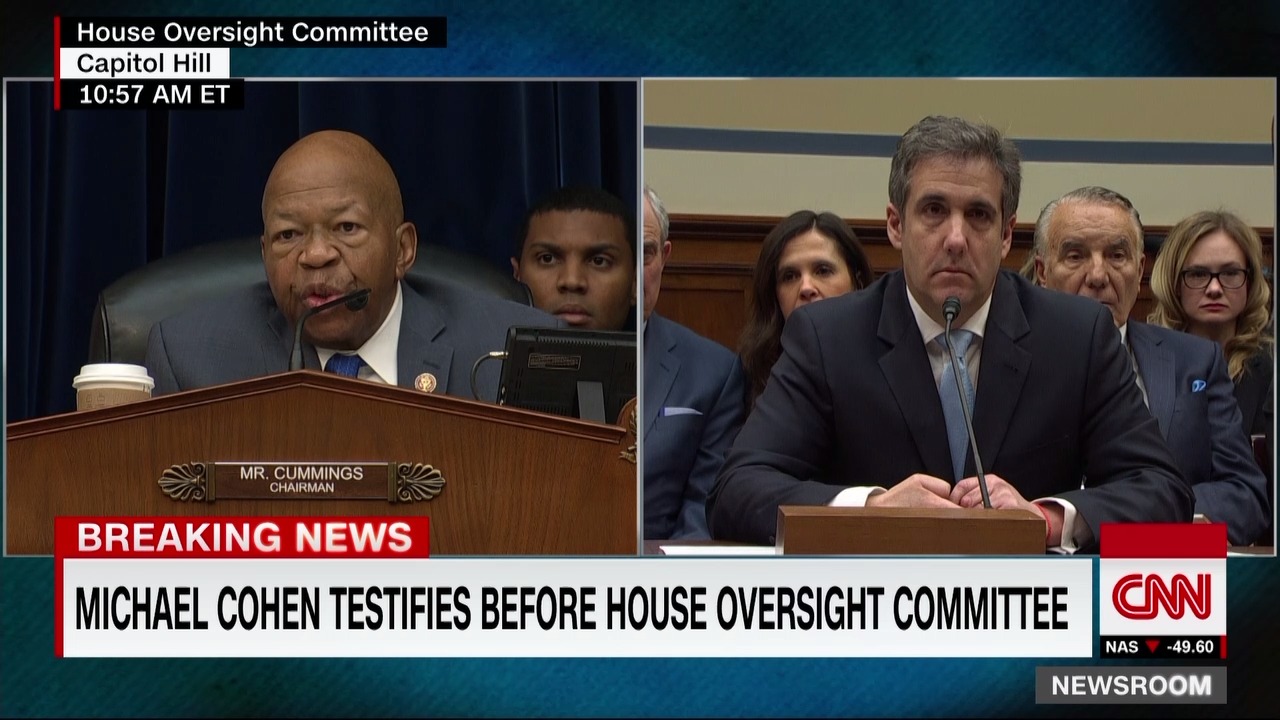 House Oversight Chairman Elijah Cummings asked Michael Cohen, who previously pleaded guilty to lying to Congress, if he understands the "gravity" of testifying under oath today.

Cummings: Mr. Cohen, before I start, I want to make sure you really understand something. You have admitted lying to Congress, to this very body. And now you're going to prison for it. Do you, Mr. Cohen, recognize the gravity of your offenses? You are a lawyer, right?

Cohen: As of yesterday, I am no longer a lawyer. I have lost my law license amongst other things.

Cummings: But you understand the gravity of this moment?

Cohen: I most certainly do, Mr. Chairman.

Cummings: I want you to really hear this, Mr. Cohen. We will not tolerate lying to this Congress by anybody. We're in search of the truth. Do you understand that?

House Democrats are going to bring people from Trump’s orbit in front of Congress all year long. After complaining that the GOP-led Congress did nothing to investigate the President for two years, Democrats are taking advantage of their majority powers.

"We will continue after today to gather more documents and testimony in our search for the truth," Chairman Elijah Cummings said.

"Mr. Cohen’s testimony is the beginning of the process— not the end. The days of this Committee protecting the President at all costs are over."