Cohen was sentenced for eight criminal counts he pleaded guilty to in August. The judge gave him an additional two months for the special counsel charge, to be served concurrently with the US attorney's New York office term.

He has been ordered to surrender on March 6.

Judge William Pauley walked through each of the counts against Cohen, saying "each of these crimes is a serious offense against the United States."

"Mr. Cohen pled guilty to a veritable smorgasbord of fraudulent conduct," he said.

Michael Cohen has finished speaking in his sentencing hearing.

In his statement to the judge, he took responsibility "for each act that I pled guilty to: The personal ones to me and those involving the President of the United States of America."

During his remarks to the courtroom Cohen, while referring to President Trump, said that he is committed to “ensuring that history will not remember me as the villain of his story.”

The federal judge is now speaking. 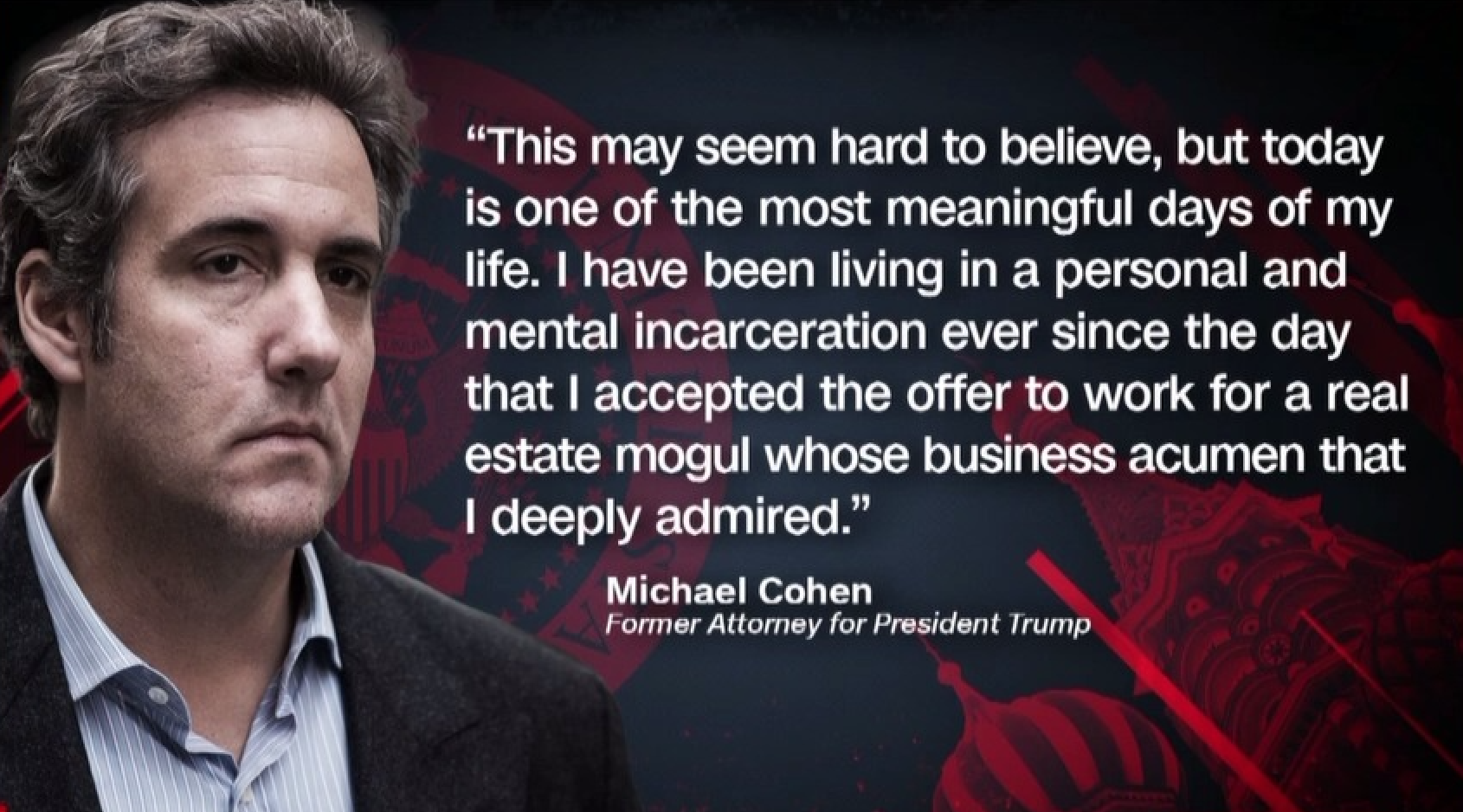 "Recently the President tweeted a statement calling me weak and it was correct but for a much different reason than he was implying. It was because time and time again I felt it was my duty to cover up his dirty deeds."

Cohen also called this "one of the most meaningful days of his life."

"This may seem hard to believe," Cohen told the court, "but today is one of the most meaningful days of my life. I have been living in a personal and mental incarceration ever since the day that I accepted the offer to work for a real estate mogul whose business acumen that I deeply admired."

That real estate mogul, of course, is Trump. 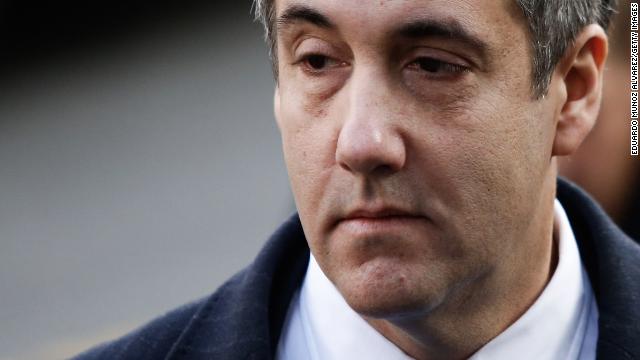 Michael Cohen is now addressing the court at his sentencing in Manhattan.

"I take full responsibility for each act that I pled guilty to: The personal ones to me and those involving the President of the United States of America," he said.

Cohen pleaded guilty in August to eight charges, including several counts of tax fraud and campaign finance violations. He also pleaded guilty last month to a charge of lying to Congress from Mueller's office.

Roos said "in committing these crimes, Mr. Cohen has eroded faith in the electoral process and compromised the rule of law."

"He has told the truth," she told the court.

Last week, the special counsel's team released a memo about Cohen saying he has cooperated with its inquiries.

After Rhee spoke, Assistant US Attorney Nicholas Roos addressed the court on behalf of the US Attorney's Office for the Southern District of New York.

"For all the hypothesizing that Mr. Petrillo has done, Mr. Cohen can’t have it both ways," he said, referencing Cohen's lawyer, Guy Petrillo's speech to the court. "There is a standard way this office conducts cooperation."

He added: "We’ve treated Mr. Cohen just the way we treat every other defendant that deal with the us attorney's office."

The Manhattan US attorney's office has asked for Cohen to receive a "substantial" sentence of roughly four years. However, Cohen and his legal team has asked for no prison time, citing his cooperation with multiple investigations — including the special counsel's Russia probe. 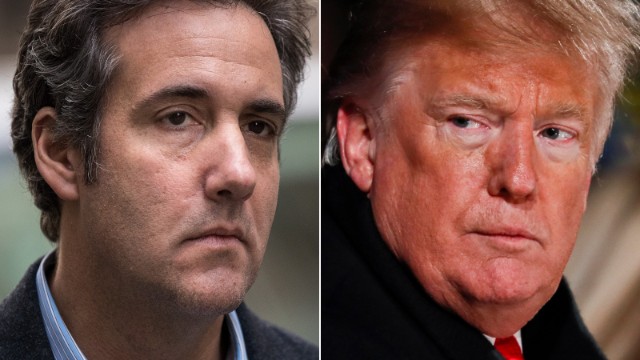 Michael Cohen's lawyer, Guy Petrillo, said Cohen has been treated unlike other defendants by prosecutors, noting that "Mr. Cohen had the misfortune to have been counsel to the President."

Cohen long served as the President's personal attorney and Trump's "fixer." Cohen even once boasted he would "take a bullet" to protect his longtime boss.

Petrillo, in court today, said Cohen wants to cooperate but that "he’s wary of a long term cooperation agreement."

"He wants both to remove himself and remove his family from the glare of the cameras," he said.

Michael Cohen's lawyer Guy Petrillo, addressing the court, said that his client "came forward to offer evidence against the most powerful person in our country," alluding to Cohen's testimony about President Trump.

Cohen, Petrillo said, couldn't "anticipate the full measure of attack that would be made against him" by both the President and "partisans and citizens who happen to be aligned with the President."

"Those attacks include threats against his family," Petrillo said.

Petrillo said special counsel Robert Mueller's investigation into Russian interference in the 2016 election "is of utmost national significance, no less than seen 40 years ago in Watergate."

Petrillo also noted Cohen's actions "stand in profound contrast to the decision of some others not to cooperate and allegedly to double deal while pretending to cooperate."