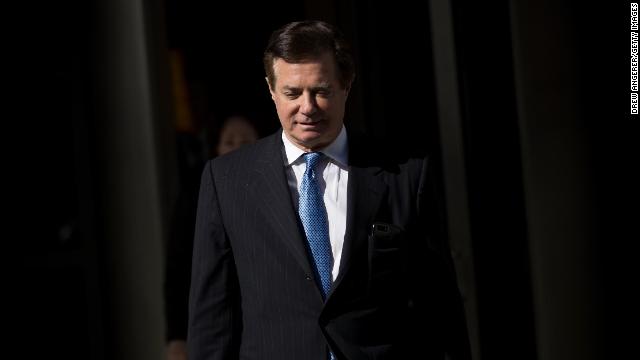 An accountant with Kositzka, Wicks & Company, which handled Paul Manafort's individual and business taxes, testified Thursday that Manafort never told them that he had foreign bank accounts.

This question is asked on IRS tax forms, and it's a crime to hide foreign bank accounts from the US government.

"We ask the taxpayer," accountant Philip Ayliff said. "We had asked the question, and the response was 'no.'"

Manafort is charged with failing to report foreign accounts on his tax forms. He has pleaded not guilty to these charges.

After more than three hours on the stand, Paul Manafort's bookkeeper Heather Washkuhn is done.

Next up: Philip Ayliff, an accountant with Kositzka, Wicks & Company, which handled Manafort's individual and business taxes.

Ayliff is the first of at least two other tax-preparation witnesses scheduled to testify against Manafort. His current colleague Cindy LaPorta and former colleague Conor O'Brien have received immunity from the judge so that they cannot assert their Fifth Amendment rights when testifying and cannot be prosecuted based on what they say at the trial.

Prosecutor Uzo Asonye said Ayliff would be a "substantial witness" and may be on the stand for several hours. 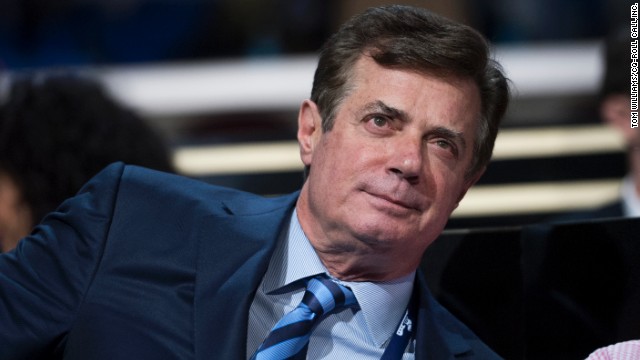 She said the statements were sent to Banc of California, the Federal Savings Bank and Citizens Bank in 2016 and early 2017.

Manafort then sent the same person at the bank, Dennis Raico, a financial statement for the first nine months of the year that said his company made $3 million. On the version Manafort sent to Raico, the word "review" was misspelled as "REVmw" and the month of September was missing its "R."

Federal Savings Bank ultimately loaned to DMP, when its executive Stephen Calk sought a Trump campaign position. Raico is on the witness list for Manafort's trial and has been granted immunity from prosecution if he testifies, though he has not appeared yet.

Manafort is accused of bank fraud and has said he's not guilty.

At one point, Washkuhn sent a statement to DMP that showed the firm made about $400.744. But the income statement that Banc of California received said DMP made almost $4.5 million.

"There's a lot of changes," Washkuhn said, as the court showed the two profit and loss statements side-by-side in court. "There's about a $4 million difference."

A third side-by-side of the fake and the real accounting statements showed DMP claiming to Citizens Bank they had made $1.7 million, while their bookkeepers said they lost $638,000. 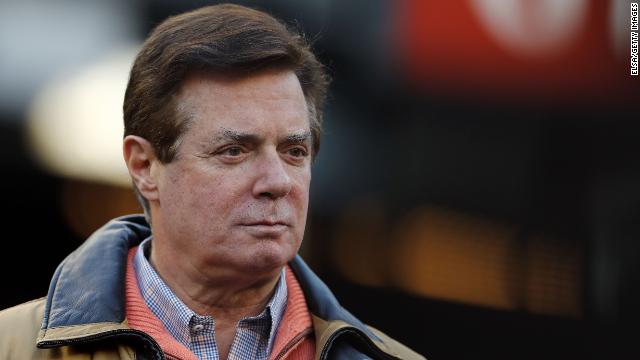 After the income from foreign lobbying in Ukraine dried up, Paul Manafort found himself in serious financial trouble. By early 2016, Manafort was falling behind on bills and maxing out a bank credit line, his longtime bookkeeper told jurors on Thursday.

Prosecutor Greg Andres highlighted Manafort's dire financial straits as they turned to the bank fraud portion of their case.

Their argument in a nutshell: Manafort illegally lied to banks to get loans when he was desperate for cash.

The bookkeeper, Heather Washkuhn, described how Manafort's international lobbying company hemorrhaged money in the years after his patrons in Ukraine were driven from power, losing more than $630,000 in 2015 and $1.1 million in 2016.

Without a steady income, Manafort fell behind on his bills, including payments to the bookkeeping company. At one point, Manafort was even at risk of losing his health insurance because he couldn't make the payments, Washkuhn testified.

Manafort's longtime deputy Rick Gates asked Washkuhn in January 2016 if he could draw funds from one of Manafort's credit lines at the Swiss bank UBS. In court Thursday, Washkuhn read from her reply to Gates, where she said the account was "fully drawn."

Another email from Washkuhn to Manafort said $120,000 was "urgently needed for your personal bills." Another series of emails warned him of an upcoming deadline to pay property taxes on one of his homes in New York before penalties kicked in.

The bookkeeper's testimony described Manafort's financial troubles in January 2016. That's one month before he reached out to candidate Donald Trump, offering to run his campaign without getting paid, according to The New York Times. Trump hired Manafort in March 2016 and stayed until August 2016. It's unclear why Manafort offered to work for free at a time when he needed money.

An important note: The jury hasn't heard anything about Manafort's role on the Trump campaign, and his outreach to Trump is not part of the evidence in this case. Manafort's alleged crimes are unrelated to the campaign. Prosecutors previously told the judge that they will only bring up the Trump campaign to talk about an alleged quid pro quo between Manafort and a banker who wanted a campaign job.

Paul Manafort's bookkeeper Heather Washkuhn walked through years of ledgers that showed payments in and out of his consulting company, revealing several income payments from shell companies were apparently disguised as loans, and vice versa.

Shell companies that prosecutors allege Manafort used to hide his money offshore loaned his consulting firm DMP International more than $3.5 million from 2014 until 2016.

On at least one occasion, DMP started calling that money income — though Washkuhn's bookkeeping company never saw documentation that the loan was forgiven.

She said they "would have recorded it a bit different here," if she had known Manafort himself or Rick Gates controlled that company.

Prosecutors have implied during Washkuhn's testimony that Manafort was using his DMP business account to pay for personal expenses. That practice, Washkuhn said, should have been kept separate.

Paul Manafort's longtime bookkeeper Heather Washkuhn said Manafort paid himself a salary of $1.99 million in 2012, according to her testimony about his on-the-books finances from his political consulting firm.

Konstantin Kilimnik, another Manafort associate in Russia, received tens of thousands of dollars from Manafort's consulting company DMP International in 2013 for professional services and in a "private transfer" of cash, Washkuhn said. She said she didn't know who Kilimnik was.

Kilimnik is accused by the Special Counsel's Office of trying to influence trial witnesses.