Following Manfort’s defense attorney’s question to Rick Gates on whether he had disclosed four extramarital affairs to the special counsel — a question to which prosecutor Greg Andres objected — Judge T.S. Ellis then had a private conversation, out of earshot of the jury, with both sets of lawyers about whether Downing could ask about other extramarital affairs.

What Manafort's attorney said: Manafort’s attorney Kevin Downing had said he wanted to ask the question because it spoke to whether Gates had lied to the special counsel's office, and whether Gates' plea agreement would still be valid.

Once the judge talked to the lawyers, however, Downing wasn't able to re-ask Gates the question about four extramarital affairs.

Instead, he asked Gates more broadly: "Does your secret life span over many years?"

Gates responded yes. "I made many mistakes over many years," he said.

His three days on the witness stand then ended.

The witness Morgan Magionos, an FBI forensic accountant who traced Paul Manafort's wire transfers, has been called to testify by the prosecutors, but he has not yet taken the stand.

The judge and attorneys discussed whether Magionos would be able to read emails Manafort sent and review his phone records. Judge T.S. Ellis is currently considering what he'll decide.

The court proceedings have a break until 11:45 a.m.

Prosecutor Greg Andres objected to the question on relevance grounds, and they are now in bench conference with Judge T.S. Ellis.

Gates did not answer the question.

Gates previously admitted in court to having one affair almost a decade ago and expressed regret for it.

Rick Gates was asked by prosecutor Greg Andres during redirect questioning today whether the special counsel's office had told him how to answer questions.

"The only answer I was told was to tell the truth."

Gates previously testified that he had met with the government 20 times to prepare for his testimony in the Manafort trial.

Rick Gates has taken the stand once again this morning in the trial of Paul Manafort in Alexandria, Virginia.

Downing began by asking Gates about an FBI interview that he and Manafort participated in July 2014 about payments from Ukraine. Gates had testified to this interview during his direct examination yesterday. At the time, Gates had not answered many details about what Manafort had instructed him to do during that period.

The interview was in regards to a forfeiture investigation between the Ukrainian gov't and FBI. Gates testified that he personally had revealed to the FBI that they had accounts in Cyprus and St. Vincent and the Grenadines — he said that he and Manafort did meet before his interview and that Manafort said that they should be "open" about the bank accounts. Gates testified that he named several of the banks accounts during his interview with the FBI.

Downing asked if he was "open and truthful" with the investigators. Gates replied that he had been.

Downing ended the cross-examination with a question about whether Gates was aware of Manafort's net worth in the 2015-2016 period. Gates answered that he wasn't privy to Manafort's personal net worth but he thought it would be in the realm of $6-10 million.

What happens next: Prosecutor Greg Andres estimated that he would need about 30 more minutes for redirect examination of Gates.

The judge is now on the bench. 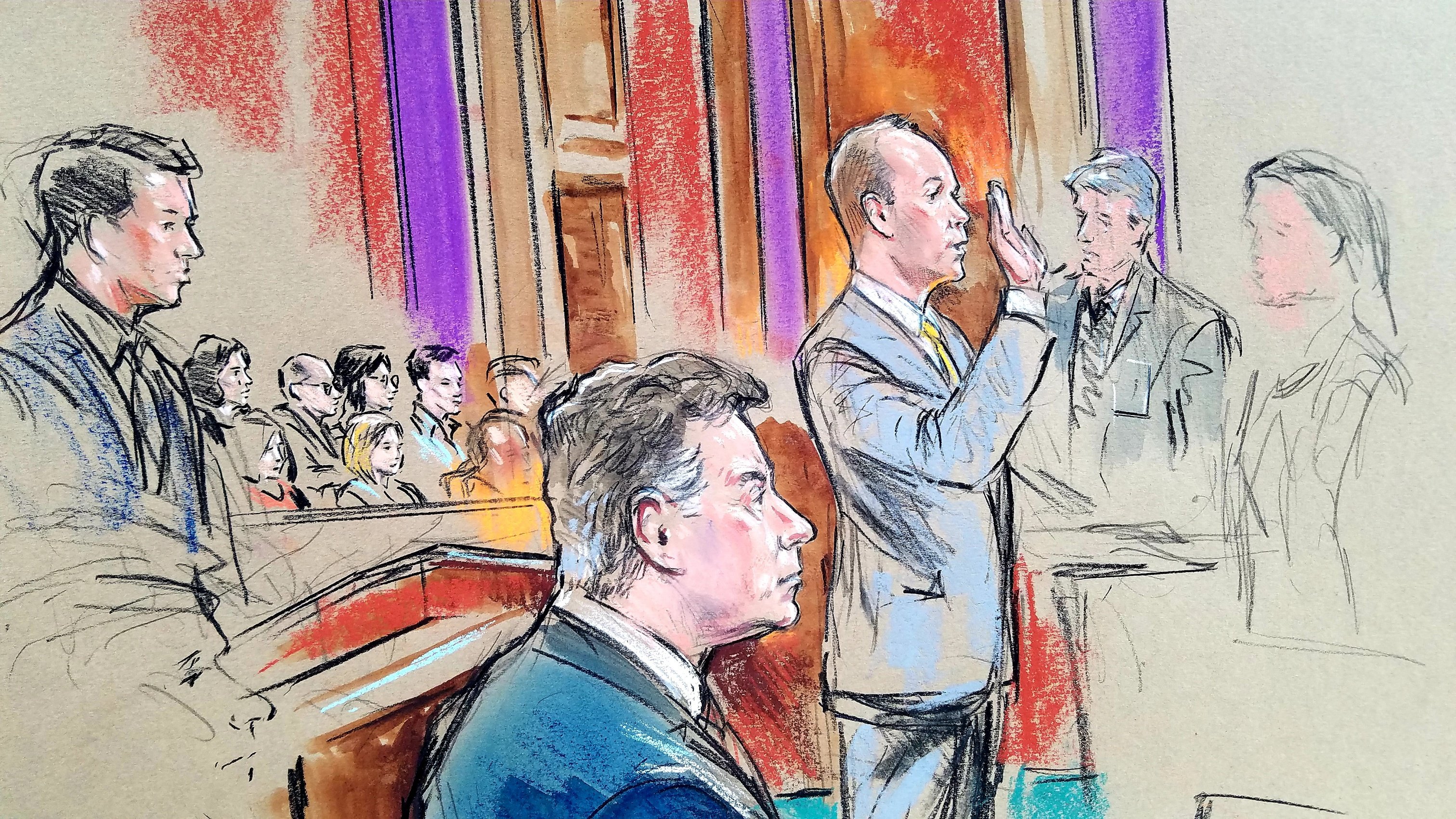 Paul Manafort's former deputy-turned-prosecutor's witness Rick Gates is expected to return to the courtroom Wednesday for a third day of testimony against the former Trump campaign chairman.

Yesterday, on Day 6, Gates testified against Manafort for more than six hours.

Gates described in detail his crimes against his employer and even an extramarital affair he'd had, while turning the knife on his longtime boss by outlining the crimes he claims Manafort directed him to commit.

Manafort's team, meanwhile, has hung much of its strategy on carving away at what Gates says.

Defense attorney Kevin Downing pushed as hard as he could for the last two hours of Tuesday's proceedings to get a rise out of Gates, who refused to engage with more than flat, passionless responses.

Gates even refused to call the man he had known for decades and worked under for years "Paul," instead referring to the defendant as "Mr. Manafort." The pair avoided all eye contact. 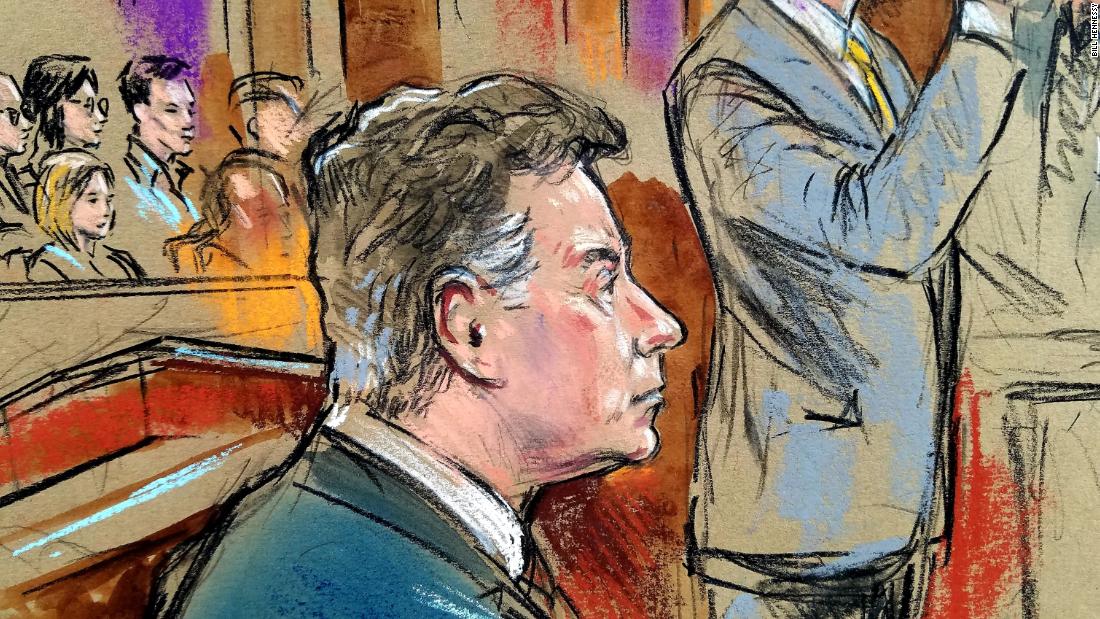 Day six of Paul Manafort's trial has concluded. Here's everything you need to know:

“Mr. Manafort had a great day in court," he said.

Downing grilled Manafort's former deputy Rick Gates on the stand, asking him about an extramarital affair and embezzlement.