Our live coverage has ended. Scroll through the posts below to see how the day played out. 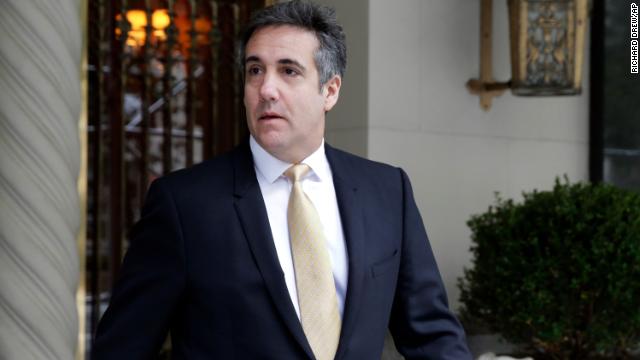 The New York State Department of Taxation and Finance has issued a subpoena to Michael Cohen as part of its ongoing investigation into whether the Trump Foundation violated New York tax laws, a source confirmed to CNN.

Just as news broke that former Trump campaign chairman Paul Manafort and former Trump lawyer Michael Cohen had been convicted, the President was wheels up on Air Force Once, heading to West Virginia for a rally.

But he wasn't alone on the flight: Members of the press typically ride on Air Force One, too.

Lorraine Woellert, a journalist with Politico was on the plane. She said the only source of news they had was a TV airing Fox News.

"When you're on Air Force One, you don't have access to your phone or wi-fi, so you're literally in an information bubble," she said. "We weren't able to communicate, couldn't get e-mails or news alerts, and couldn't send anything out."

There was very little conversation on the flight, she said.

"It really was pretty quiet because, at that point, there was literally nothing we could do."

White House press secretary Sarah Sanders said she is not aware that anyone in the Trump campaign had any prior knowledge of the 2016 election-related hacking by Russia.

Here's how the exchange went down in the White House press briefing:

Sanders: I'm not aware of anything, no.

White House press secretary Sarah Sanders declined to explain the disconnect between Trump's comments to Fox and his comments on tape discussing how to make payments.

"The President did nothing wrong," she repeated.

Pressed again by CNN's Kaitlan Collins, she said, "The President did nothing wrong, there are no charges against him, there is no collusion," referring reporters to outside counsel.

Asked by Collins whether the White House maintains that Trump did not have affairs with Karen MacDougal and Stephanie Clifford, Sanders didn't say.

"We've addressed this a number of times," she said.

Asked later whether Trump lied on Air Force One when he said he didn't know about the payments, Sanders said, "No, and we've addressed this a number of times." 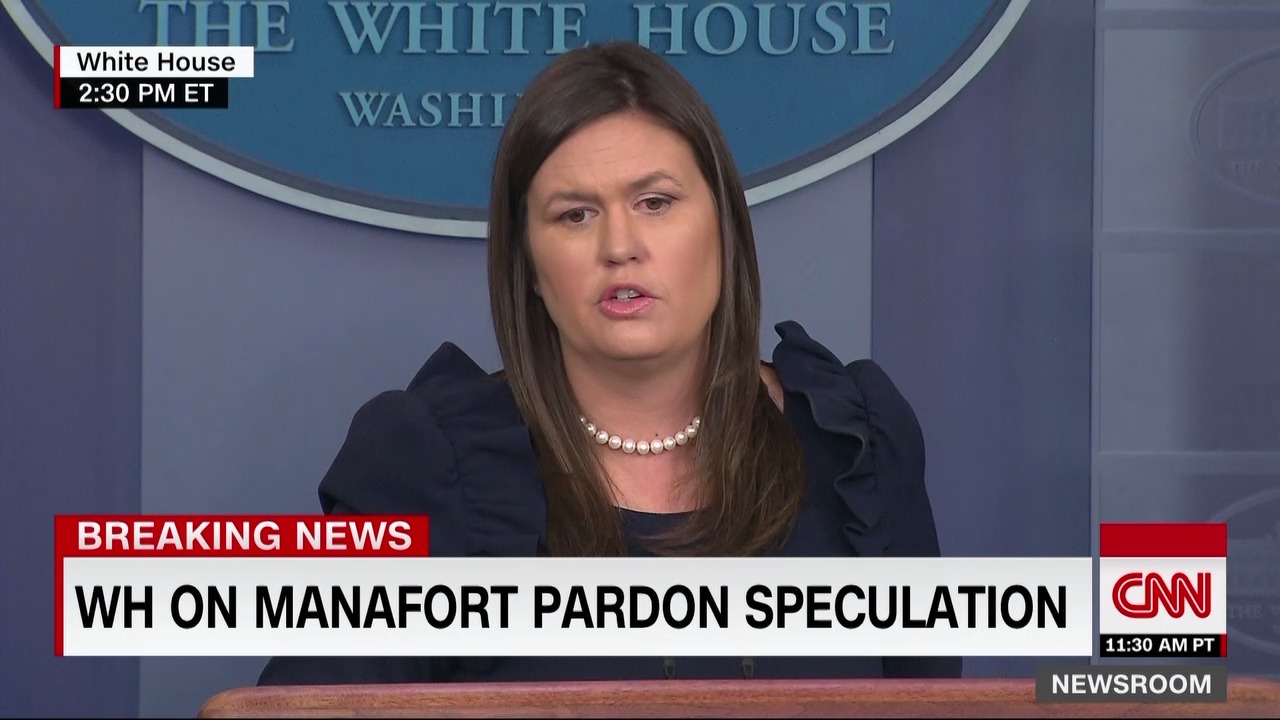 "I am not aware of any conversations regarding that at all. Other than when he was asked by a news outlet earlier this week and he said he hadn’t been thinking about that at all," she said.

Manafort was found guilty of eight counts of financial crimes — five tax fraud charges, one charge of hiding foreign bank accounts and two counts of bank fraud. He faces a maximum of 80 years in prison. 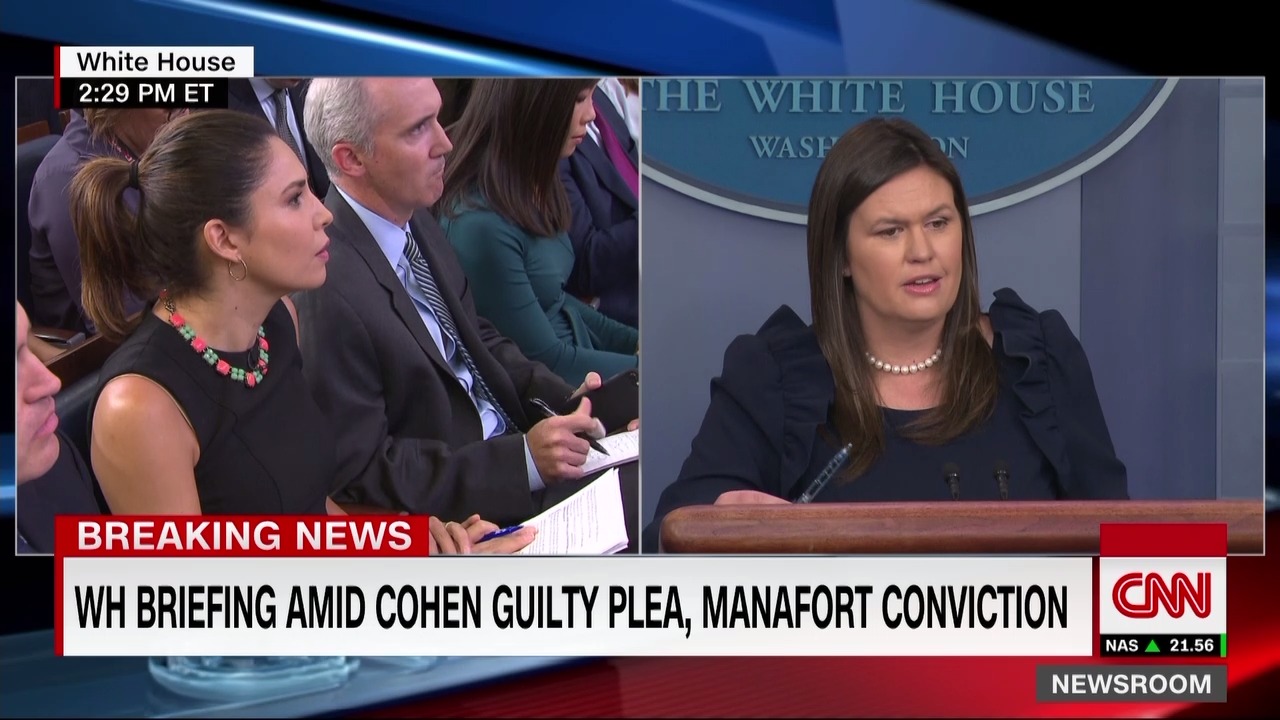 White House press secretary Sarah Sanders maintained President Donald Trump "did nothing wrong" relating to the hush money payments made to women who claimed affairs with him during the 2016 campaign.

Here's how the exchange went:

Sarah Sanders: As the President said, we stated many times, he did nothing wrong. There are no charges against him and we have commented on this extensively.

Reporter: Why not report the payments?

Sarah Sanders: Again, I'm not getting into the back and forth details. I can tell you as the President has stated on numerous occasions, he did nothing wrong. There are no charges against him in this. Just because Michael Cohen made a plea deal doesn't mean that implicates the President on anything.

Sarah Sanders: I think that's a ridiculous accusation. The President in this matter has done nothing wrong. There are no charges against him. 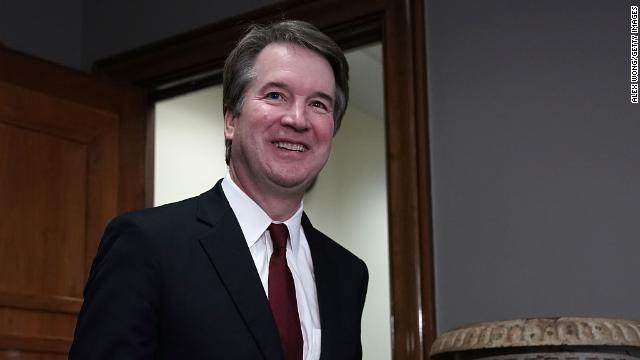 “Justice Breyer’s confirmation occurred when President Clinton’s records had been subpoenaed by a grand jury. Obviously, we are nowhere close to that situation today. Calls to delay the hearing are just the latest tactic from opponents who decided to vote ‘no’ weeks ago and are frantically looking for anything that sticks. The hearing will begin as planned on September 4.”

Why we're talking about this: Key Senate Democrats have called on Republicans to suspend Kavanaugh's confirmation process after Michael Cohen — the President's personal lawyer for decades — pleaded guilty to eight criminal counts in a New York court. 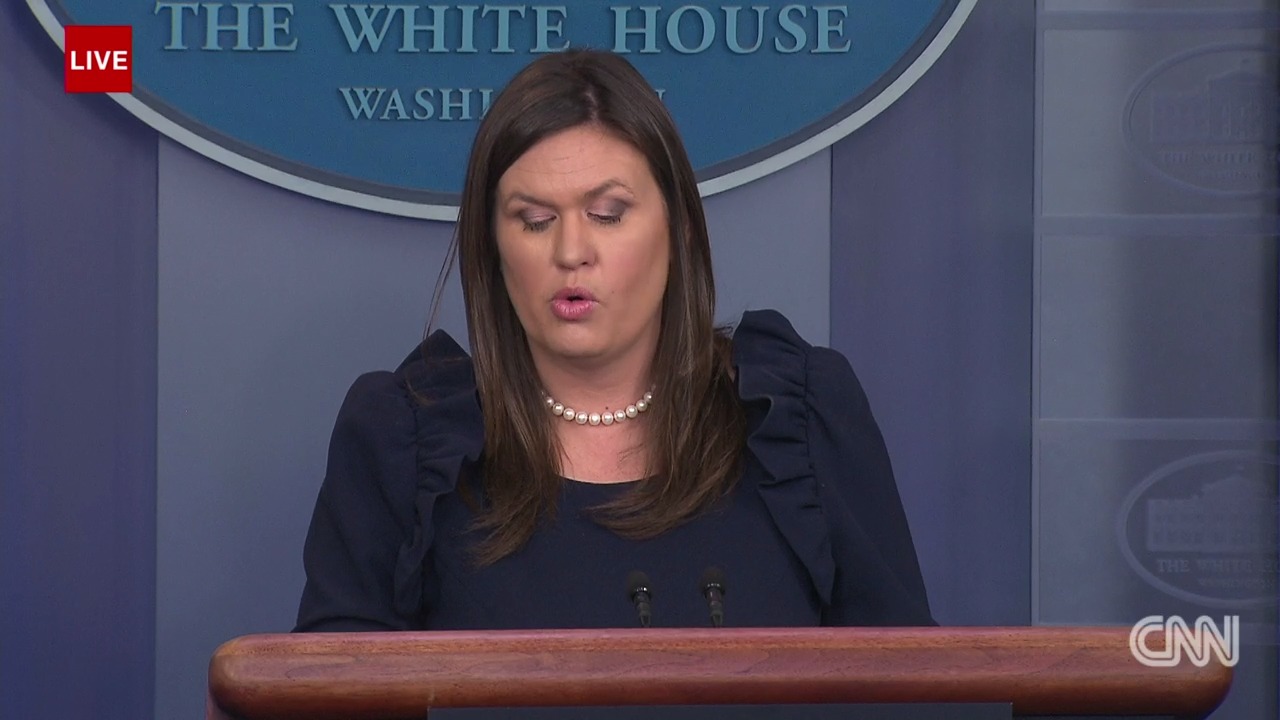