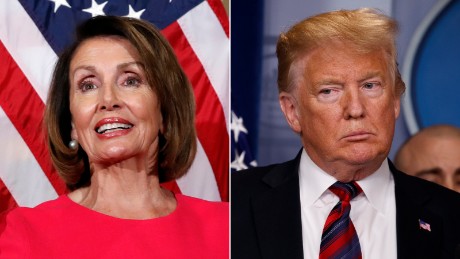 Speaker of House Nancy Pelosi sent a letter to President Trump asking to move the day of the State of the Union citing security concerns during the partial government shutdown.

“Sadly, given the security concerns and unless government re-opens this week, I suggest we work together to determine another suitable date after government has re-opened for this address or for you to consider delivering your State of the Union address in writing to the Congress on January 29," she wrote.

Trump is scheduled to deliver the State of the Union address in person before a joint session of Congress on Jan. 29. 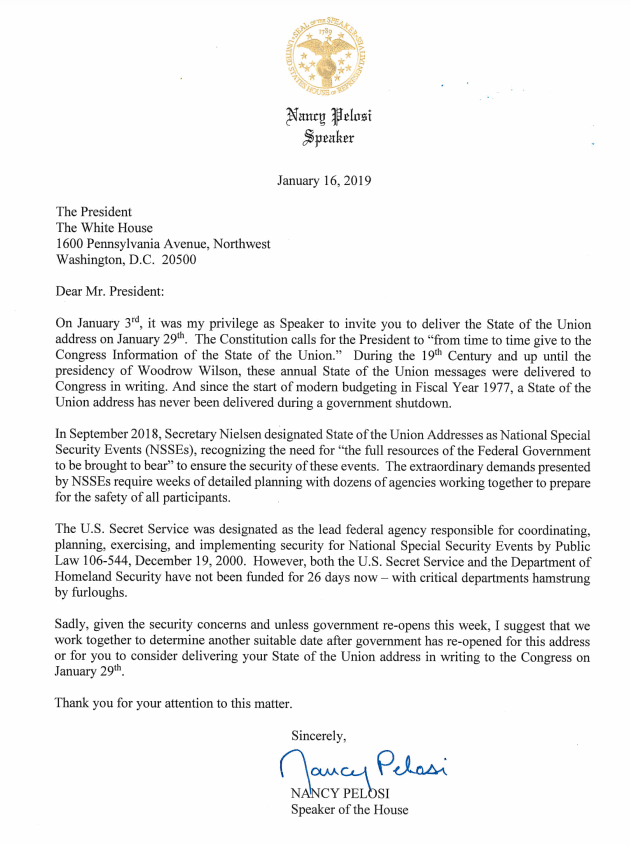 The White House has been trying to peel moderate Democrats away from House Speaker Nancy Pelosi.

Its first effort at that strategy failed yesterday: Said moderate Democrats were invited to the White House for lunch — and they didn't show.

Another group of moderates — this time the bipartisan membership of the Problem Solvers Caucus — have been invited today. They are expected to attend.

The group attempts to serve as a middle ground of sorts for both parties, which generally makes the base of each party suspect of their actions. But they’re generally always willing to talk — and that’s precisely what will happen today with the President.

But remember: This isn’t a group that can make a deal. They aren’t large enough and they aren’t empowered by leadership to do, well, anything. So it’s a meeting. And that’s about it. 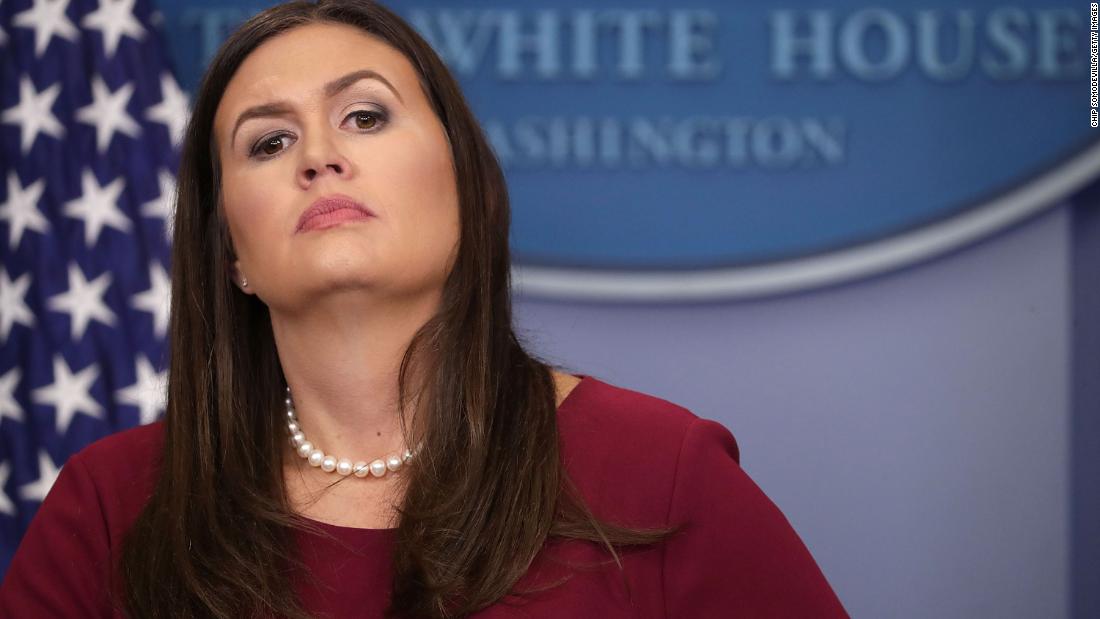 White House press secretary Sarah Sanders was just asked whether President Trump is concerned the economy is being adversely impacted as a result of the shutdown.

“Honestly, I haven’t asked him that specific question. I know that there has been some impact, but at the same time again we’re focused on the long-term economic principles that the President’s laid out,” Sanders said. 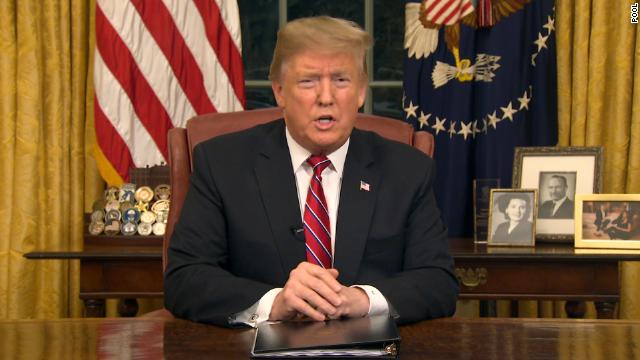 In a phone call to supporters on Tuesday, President Trump encouraged his backers to stick together and call their representatives in Congress to express support for the wall, according to a person familiar with the conversation.

Trump said it wasn’t a political argument but a matter of national security and warned of the dangers of illegal immigration in dire terms, including the safety and security argument he’s been making in public.

Trump repeated several times that he doesn’t plan to back off his demands and needs his supporters to back him up.

At the same time, Trump appeared to downplay the effects of the shutdown on workers or the functioning of government.

“People are very impressed with how well government is working with the circumstances that we’re under,” Trump said.

The quotes were reported by AP and confirmed by CNN.

Talks to reach a deal to reopen parts of the government have largely stalled as the shutdown continues into day 26.

Here is what we're keeping an eye on today:

It's the 26th day of the partial government shutdown, and the bipartisan Senate “gang” is still laboring to pull a proposal together that could garner the votes — and presidential support — to re-open the government.

Meanwhile, the White House will take a second swing at convincing rank-and-file Democrats to peel away from House Speaker Nancy Pelosi.

But note: Neither of those are things that will lead to an outcome, lawmakers and aides say. That means day 26 of the government shutdown will soon turn to day 27 — and beyond.

Meetings aren’t nothing: People talking is better than people not talking. But aides say Democratic leaders and the President haven't spoken in nearly a week, which means everything remains frozen for the time being.

The Internal Revenue Service is recalling tens of thousands of additional federal employees with less than two weeks before tax filing season begins.

The federal tax collector said Tuesday in an undated government shutdown plan it would call back an additional 36,000 federal employees, bringing the total number of those working at the IRS during the government shutdown to more than 46,000, or roughly 57% of the workforce.

The move will allow Americans to get their tax refunds on time, but at the expense of the IRS employees, most of whom won't be paid.

Texas lawmakers sent a joint letter to President Trump opposing the use of disaster funds to build a his long-promised border wall.

“We strongly support securing the border with additional federal resources including tactical infrastructure, technology, ports of entry improvements and personnel. However, we are strongly opposed to using funds appropriated by Congress for disaster relief and mitigation for Texas for any unintended purpose. As Texans continue to rebuild and prepare for future disasters, these funds, appropriated by Congress to be spent directly on rebuilding and mitigation, are critical to helping our communities recover, preventing future flooding and protecting our constituents.”

The White House sent invitations to a bipartisan group of lawmakers for a meeting Tuesday afternoon aimed at finding a solution to ending the government shutdown — now in its 25th day as the longest in US history — but Democrats said they weren't going.

White House press secretary Sarah Sanders confirmed no Democrats were expected to attend, listing instead nine Republican members of the House who will.

"Today, the President offered both Democrats and Republicans the chance to meet for lunch at the White House," Sanders said in a statement. "Unfortunately, no Democrats will attend. The President looks forward to having a working lunch with House Republicans to solve the border crisis and reopen the government. It's time for the Democrats to come to the table and make a deal."

About those invites: Several House Democrats who had been invited to the White House told CNN in advance of the meeting they had been given little to no information about what the meeting would entail and have either rejected the invite or wouldn't confirm whether they would attend.

The invitations did not all go out at once, but over the course of Monday night, and consisted of a three-line email asking only if the member would "attend lunch at the White House tomorrow, January 15 at 12:30 PM," according to a copy read to CNN. The email was sent on behalf of the President.