New Jersey Sen. Cory Booker declined to directly answer whether a religious education institution should lose their tax-exempt status if they oppose LGBTQ rights, avoiding taking a side on a hot button issue that matters greatly to religious Democrats and Republicans alike.

Donald Trump’s administration has moved at numerous times to protect the tax-exempt status of religious organizations and schools, even if they don’t support certain LGBTQ rights. The issue is also important to religious Democrats in states like South Carolina. The state recently sought a waiver from the Department of Health and Human Services that allows taxpayer funded foster-care agencies to refuse to perform certain services if they conflict with the organization’s religious values.

Booker decried the Trump administration “turning against what the Obama administration did” and said “whether you’re a school and are providing health care for folks, whether you are a bakery, you cannot discriminate.”

“We must stand up as a nation to say that religion cannot be an excuse to deny people health insurance, education, or more,” Booker said. “This cannot happen. And I will make sure that I assert the laws to make sure.”

But Booker did not say whether those organizations should lose their tax-exempt statuses.

“So would they lose their tax exempt status,” CNN’s Dana Bash asked.

“Again, I will press this issue. I’m not saying, because I know this is a long legal battle. I’m not dodging your question. I’m saying I believe fundamentally that discrimination is discrimination,” Booker said. “And if you are using your position to try to discriminate others, there must be consequences to that. And I will make sure to hold them accountable using the DOJ or whatever investigatory. You cannot discriminate.”

“No yes or no there,” Bash followed up.“That is a process and I’ll make sure I will hold them accountable, if it means losing your tax status,” Booker said, adding, “there has to be consequences for discrimination.” 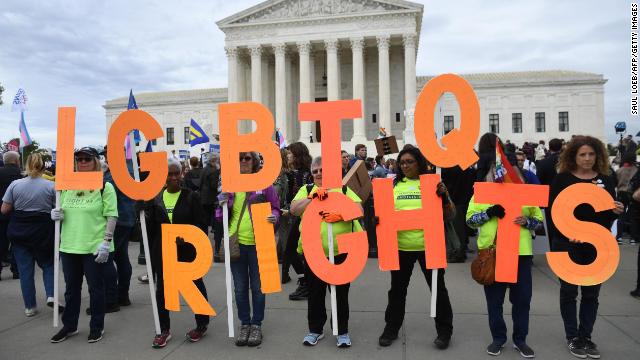 One piece of legislation that quickly came up on Thursday was the Equality Act -- a bill that could fundamentally change LGBTQ Americans’ lives.

Passed by the House of Representatives in May, the wide-ranging Equality Act would amend the Civil Rights Act of 1964 and other civil rights laws to prohibit anti-LGBTQ discrimination in all aspects of commercial and public life. Crucially -- and for some, controversially -- the bill would enforce these protections without religious exemption.

If the Democrats retain the House and win the Senate in 2020, many expect that they would have the votes to send the measure to the President's desk.

Yet there's additional potential in the Equality Act. If it gains enough support in Congress, its explicit affirmation of LGBTQ rights and the lives they protect could also help to radically change the character of how America has traditionally portrayed LGBTQ people.

Indeed, for many LGBTQ Americans, there's promise in the paradox that a country that has for so long legislated against LGBTQ Americans just might use that same power to better their lives -- and also help to vanquish the narratives that have ostracized them for their differences.

New Jersey Sen. Cory Booker was asked Thursday if he would end the Food and Drug Administration’s ban on gay men giving blood if they have had sexual intercourse within the last year.

The Food and Drug Administration lifted its lifetime ban on accepting blood donations from men who have had sex with men in 2015, limiting the ban to only men who last had a sexual encounter with a man within 12 months.

He said the ban, which originated in the 1980s, at the height of the HIV and AIDS epidemic, is an outdated stigma, and that if he wins the Democratic 2020 nomination and is elected president, he would be “using my platform everyday to dispel ignorance.”

“I’m going to be using my platform everyday to tell the truth, to heal, to bring the truth forward,” Booker said.

Cory Booker was asked to outline his plans to end the rising number of hate crimes against members of the LGBTQ community, particularly the alarming level of violence against transgender women of color.

Last year, the Human Rights Campaign tracked the murders of at least 26 transgender people. This year, that tally is already at 18.

Booker called the violence a “national emergency” and noted that he has proposed an “Office on Hate Crimes and White Supremacy,” but added that he would not stop there.

“Thirty percent of LGBTQ youth, 30%, have reported missing school in the last month because of fears for their physical safety. We live in a country where we still see regular, everyday violence and intimidation and bullying against Americans, because of who they are,” Booker said. “So, number one, I am going to appoint a secretary of education, first of all, that sees the dignity and the worth and the value of every one of our children, and I will have a department of education that takes the steps necessary to protect all children in America.”

New Jersey Sen. Cory Booker said Thursday he was proud of a 1992 opinion piece where he, then a student at Stanford University, explained how he evolved from a hatred of gay people to acceptance of LGBTQ people.

Booker, in a piece titled “Pointing the finger at gays,” explained how he once was “disgusted by gays,” “hated gays” and “thought of two men kissing each other was about as appealing as a frontal lobotomy.” Booker went on to explain in the piece, however, how a gay counselor at Stanford “began to move me past tolerance.”

“Well, it didn’t take me long to realize that the root of my hatred did not lie with gays but with myself. It was my problem. A problem I dealt with by ceasing to tolerate gays and instead seeking to embrace them,” Booker wrote.

Booker explained on Thursday that he held his views about gay people, in part, because he grew up “as a young man in a toxic environment of football and the like.”

He added: “I will always be someone that tries to push the lines of comfort, often talking about my own experiences. And I am so proud of that column, and I am proud that this doesn’t start for me when I decided to get into politics and it started as a teenager that saw growing up in the ’80s, an environment that was hostile and physically dangerous to my peers and friends who my faith taught me to love no matter what.”

New Jersey Sen. Cory Booker said he would restore federal protections for transgender students in public schools that let them use bathrooms and facilities corresponding with their gender identity.

The Trump administration withdrew the Obama-era protections for transgender students in 2017.

"We must use our Department of Justice and the Department of Education's civil rights division to go after schools that are denying people equal rights and equal protections and that's the last point I want to make," he added.

Some background: In 2016, the Departments of Education and Justice issued joint guidance directing schools to let transgender students use facilities that correspond with their gender identity. The "Dear Colleague" letter, addressed to school districts and colleges that receive federal funding, was based on the Obama administration's interpretation of Title IX, the federal law that bans sex discrimination in schools, to include gender identity.

Democratic presidential candidate Kamala Harris released a new proposal as part of her LGBTQ agenda ahead of tonight’s town hall.

Harris pledged to appoint more LGBTQ people to leadership roles in her administration, including her cabinet, as well as a chief advocate for LGBTQ Affairs in the White House, according to a campaign statement.

“When I’m president, change will start from the top,” Harris said in the statement. “We will lift people up through inclusion and put in place policies that create opportunity and ensure representation at the highest levels of government.” 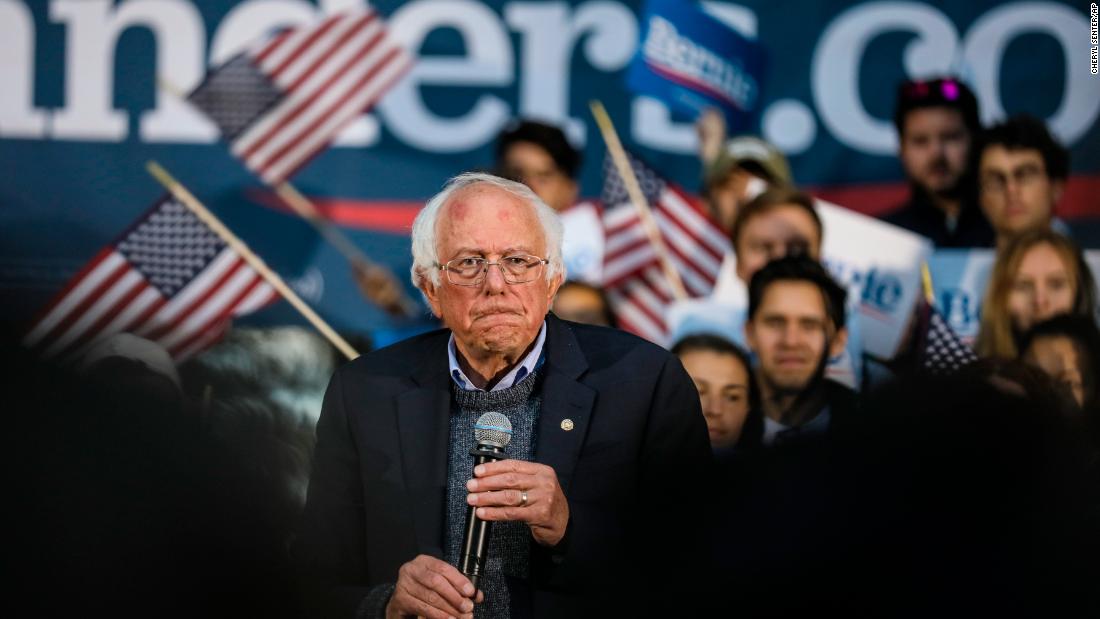 Sanders had originally accepted an invitation from the Human Rights Campaign Foundation to appear at the event, but has canceled events related to his 2020 presidential campaign last week after a heart attack in Nevada.

His campaign told CNN that the senator will still participate at the Democratic primary debate on Oct. 15 in Westerville, Ohio. 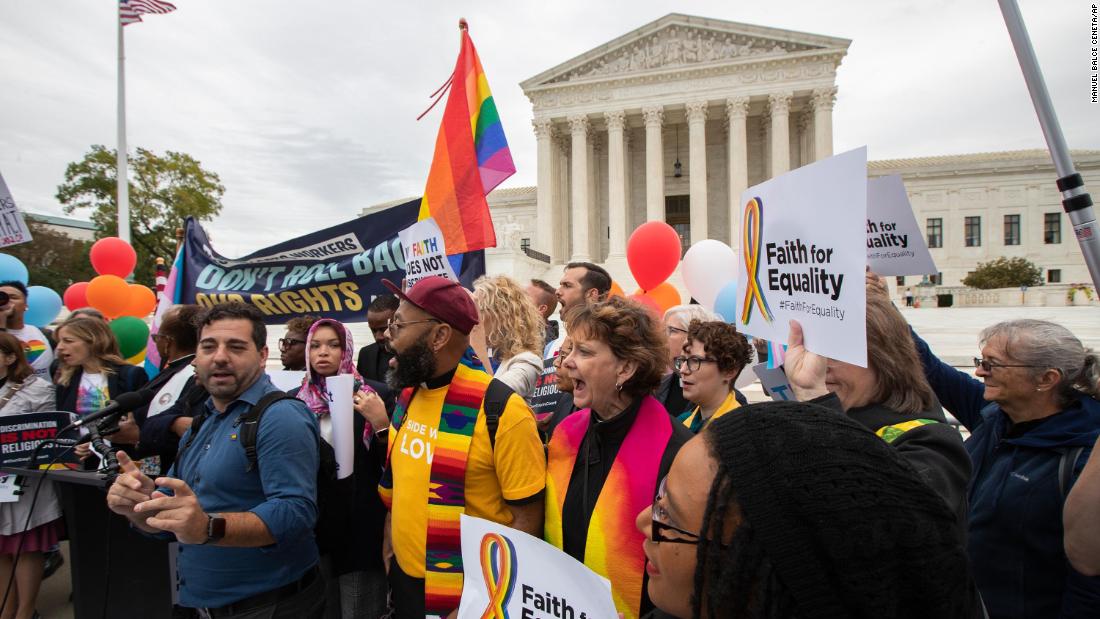 The US Supreme Court heard this week a trio of cases revolving around a federal statute, Title VII of the 1964 Civil Rights Act, which prohibits job discrimination "because of sex."

After two hours of often-testy questioning on Tuesday, there was no clear majority to side with two gay men fired from their jobs, as a skydiving instructor and county child welfare services coordinator, and a transgender woman who lost her position as a funeral home director.

The only one in the five-justice conservative wing who expressed some interest aligning with the four liberals was Justice Neil Gorsuch. Yet while Gorsuch said it might be "close" that Title VII's text covers gay or transgender individuals, he worried about the "massive social upheaval" that could come from such a ruling.

Why this matters: Most significantly, this is the first LGBTQ dispute heard since the 2018 retirement of Justice Anthony Kennedy. The centrist-conservative took the lead to protect gay rights in hard-fought cases in 1996, 2003 and 2015. He was joined by justices to his left for a majority.