According to her prepared testimony, Department of Homeland Security Secretary Kirstjen Nielsen will call the situation along the US-Mexico border a national security and humanitarian crisis, and double down on her support of President Donald Trump’s national emergency declaration.

“Today we are seeing the results of a failure to act and a broken system,” she says in the testimony posted ahead of her appearance before the House Homeland Security Committee at 10am.

Her remarks draw on Customs and Border Protection data that show an influx of migrants crossing the border and paint a picture of an overwhelmed system.

According to recently released CBP data, more than 76,000 people were apprehended or deemed inadmissible at a port of entry in February. Nielsen will testify that those figures are projected to increase and warn that DHS capacity is “already severely strained.”

She also briefly touches on the so-called Migrant Protection Protocols, a policy that requires some asylum seekers to return to Mexico while they await their immigration court hearing, and describes it as a way to "dissuade those who intend to file false claims."

Nielsen urges Congress to pass legislation “to fix outdated laws and gaps in our authorities" -- for example, doing away with the Flores Agreement, which requires that children be released from detention within 20 days, and reform asylum standards.

While immigration and border security make up the bulk of her testimony, Nielsen will also highlight DHS efforts to respond to natural disasters and drug smuggling, and strengthen cybersecurity.

Homeland Security Secretary Kirstjen Nielsen on Wednesday will become the highest Trump administration official yet this year to testify on the administration's immigration policies.

Nielsen, who assumed the post in December 2017, is appearing before the House Homeland Security Committee for a hearing on border security, which encompasses President Donald Trump's national emergency declaration, the border wall and the administration's "zero tolerance" immigration policy, which resulted in thousands of migrant children being separated from their undocumented parents.

It's expected to be contentious, as Democratic lawmakers could hammer the secretary over the controversial policies and denounce the President's declaration, which they've already voted to terminate in a resolution that's now being considered by the Senate. 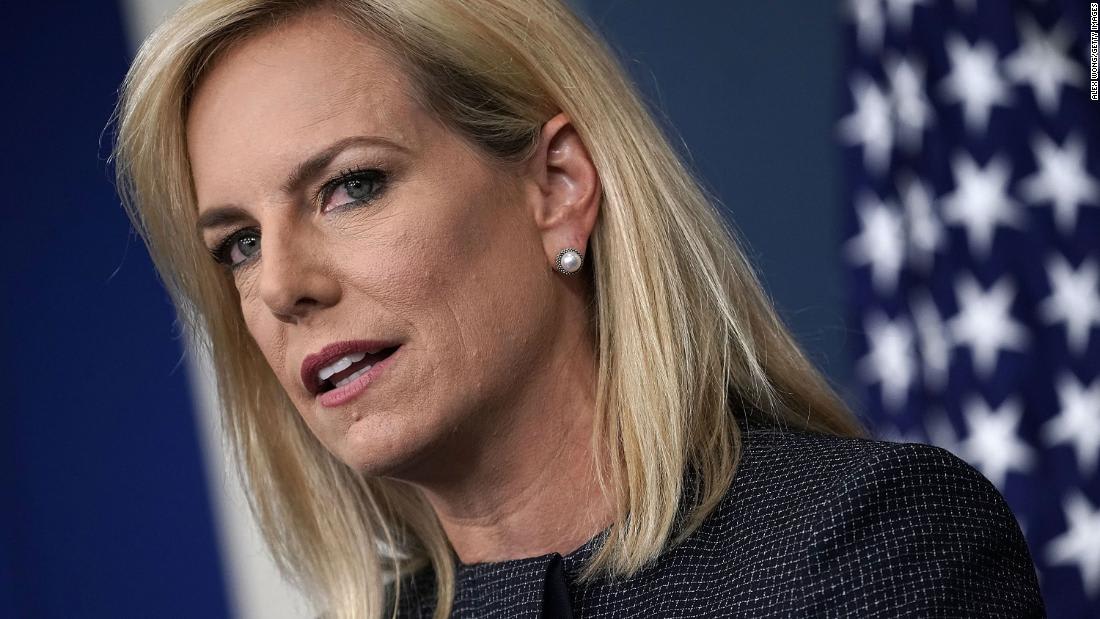