Asked to describe herself in Chinese, the Democratic presidential candidate did so, saying, "Hi. How are you?" as well as her Chinese name. A translator in Erin Burnett's ear said her accent was pretty impressive.

Gillibrand said she learned Chinese in college and traveled throughout the country. She also lived in Beijing and shared a dorm with actress Connie Britton.

"We struggled just to get through because it was really hard. You're in a very different country with very few rights. Very few rights for women, very few rights for people in general. We bought bikes and biked all around Beijing, and we explored every weekend. We went all across China and then I spent a second semester in Taiwan," she said. 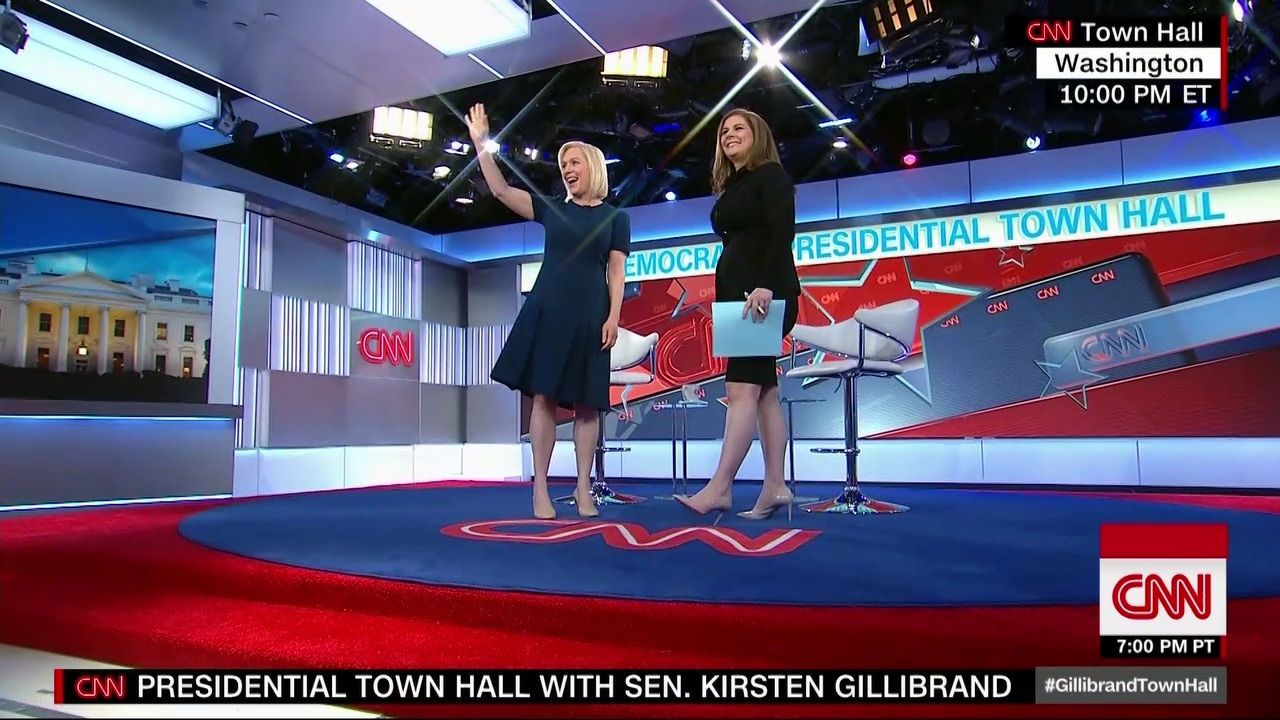 New York Sen. Kirsten Gillibrand just took the stage for tonight's CNN town hall in Washington, D.C. You can watch it live in the video player above.

Democrats and Independents are sitting in the audience tonight.

Earlier today, Gillibrand tweeted about the town hall, saying she was excited to "answer voters' questions and share why I'm running and who I'm fighting for."

The New York Democrat started her official campaign with a trip to Michigan, a once solidly blue state that Democratic nominee Hillary Clinton lost to President Trump.

Here's what else you should know about Gillibrand:

"Getting ready for tonight’s CNN town hall!," she tweeted.

The Democratic presidential candidate appeared to hit the ball into center field.

The event, moderated by CNN's Erin Burnett, starts at 10 p.m. ET. You can watch it live on CNN or in the video player above.

Gillibrand, 52, is one of six women seeking the Democratic nomination and one of six senators running for president.

The New York Democrat launched an exploratory campaign in January, announcing it on CBS' "The Late Show with Stephen Colbert." She officially announced her candidacy in March.

Gillibrand campaigned as a child with her grandmother Dorthea Noonan, a longtime president of the Albany Democratic Women's Club. The New York Democrat called for former Sen. Al Franken to resign and has acknowledged her increasingly progressive stances on immigration and gun reform running counter to previous positions she held when running for the House (she served as a member of the U.S. House of Representatives from 2007 to 2009, representing New York's Capital District).