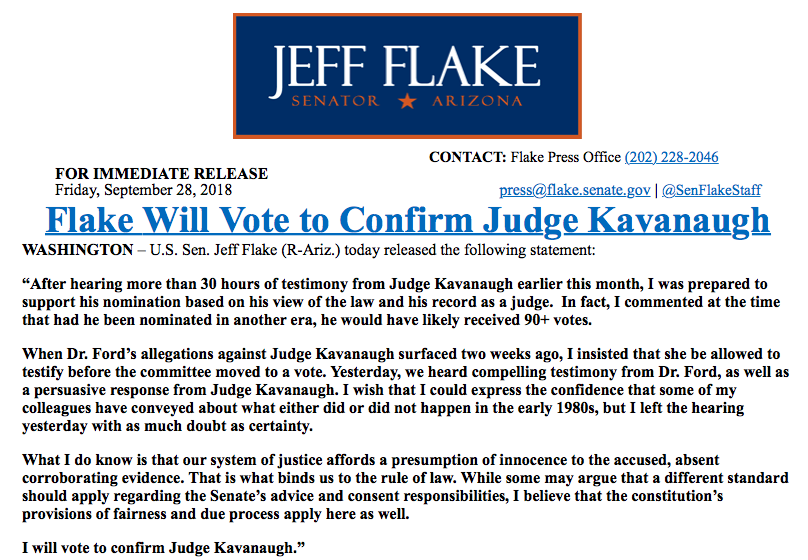 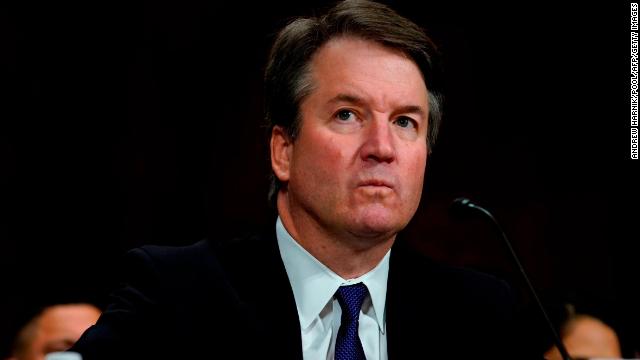 During an intense, day-long hearing Thursday, California professor Christine Blasey Ford testified that Supreme Court nominee Kavanaugh sexually assaulted her while they were both teenagers in the early 1980s. Kavanaugh later offered a vociferous and emotional defense, alternately shouting and tearing up on national television.

Now that the testimony is over, here's what comes next for his nomination: 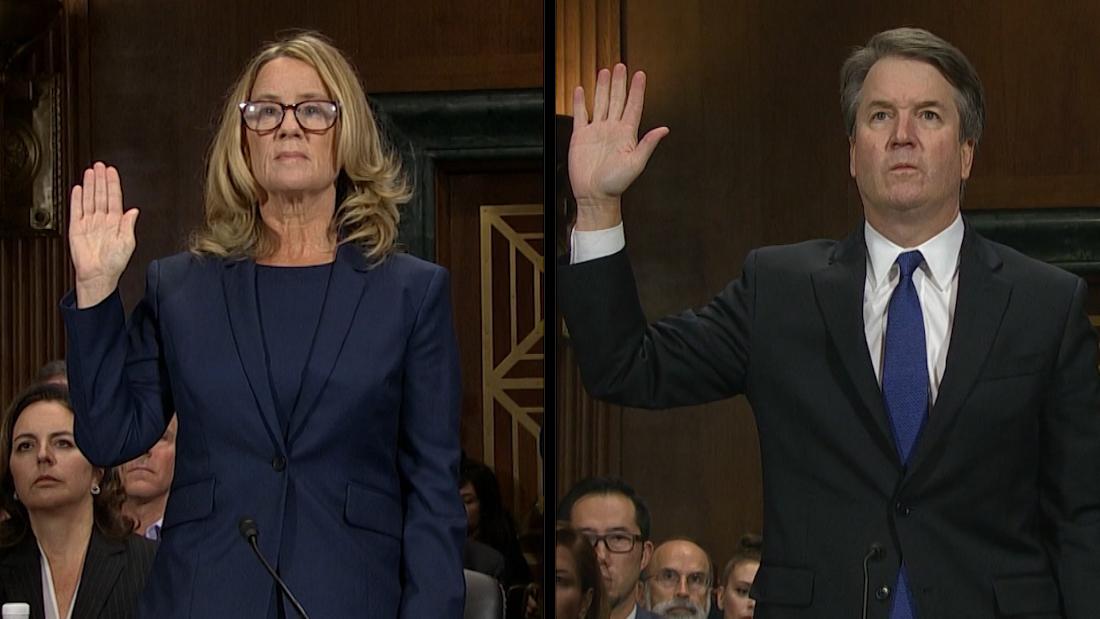 A searing day when two lives were torn apart on live television left a divided America facing more fundamental questions than whether Brett Kavanaugh should sit on the Supreme Court.

The Senate hearing meant to find the truth about Christine Blasey Ford's accusation that President Donald Trump's nominee assaulted her in the 1980s degenerated into one of the most distasteful political spectacles in many years.

What did or didn't happen at a teenage house party in the Washington, DC, suburbs is now playing out 36 years later in an improbable twist of history. For both the accuser and the accused, it is a personal tragedy.

But it is a national tragedy that the confirmation process has exposed a ruptured political system utterly unable to find consensus over an issue as serious as an alleged sexual assault, even in the #MeToo era.

Instead of showing how far Washington has come in understanding the quintessential challenges of an experience many women know but few talk about, Thursday's showdown showed how far it has to go.

Senate Republicans, with the strong support of the White House, are pushing forward with Brett Kavanaugh’s Supreme Court nomination.

However, they do not currently have the votes to confirm him, per multiple senior aides and senators. But GOP leaders see a path to the 50 votes needed to confirm Kavanaugh, so they’re going to gamble with a damaged nominee viscerally opposed by Democrats.

There are three Republicans and three Democrats who are very much in play to be yes votes. All could eventually come on board. But notably: aides have made clear none of those six have made any commitments yet on how they will vote. Republican leaders are quite literally in the dark at this moment. 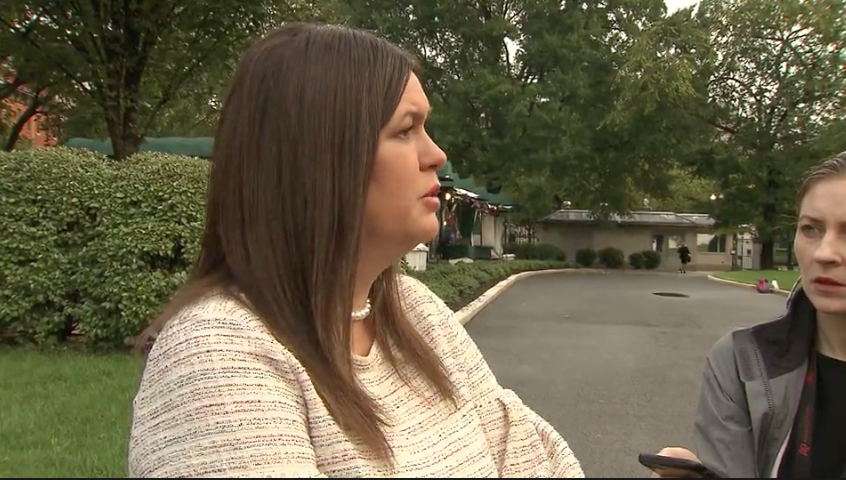 White House Press Secretary Sarah Huckabee Sanders did a brief gaggle with reporters this morning on the White House driveway, following her morning show appearances. Here are a few key things she said:

Do you have the votes?: "I think it’s less about whether the President has the votes, but can America get what it’s asked for, which is a vote. Certainly, we think Judge Kavanaugh deserves that."

On Graham: "I don’t think anybody could lay out a better or more compelling case than he did on why it’s important to move forward with a vote and confirm Judge Kavanaugh."

On testimony: "He felt like Judge Kavanuagh, his testimony was powerful, was riveting. It was honest. Certainly, I think all of America thought Dr. Ford’s testimony was compelling and I believe something likely happened to this woman, but not at the hands of Judge Kavanaugh. And I think Judge Kavanuagh laid out not just a very compelling testimony by a corroborated one. He had a number of things and individuals and statements that backed up what he said."

On the American Bar Association: "What we’ve said before is that he’s been through 6 different background investigations by the FBI and having gone through one of those myself I know how thorough the process is. They knock on your neighbor’s door, they talk to your classmates from everything back to elementary school, high school, college. At no point has this ever happened. And there’s a process this goes through and it went through it yesterday."

On prosecutor: "I think all of the questions that needed to be asked yesterday were. It was less about who asked the questions and more about who was giving the answers." 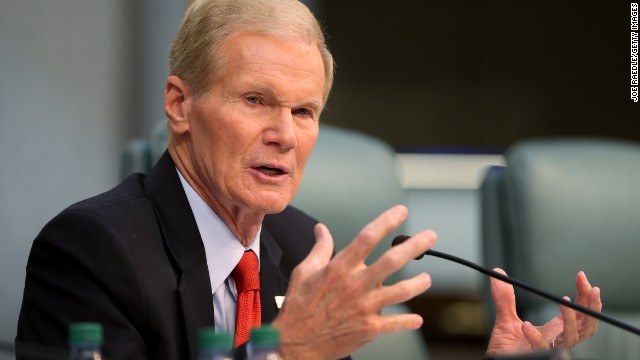 In a tweet, Democratic Sen. Bill Nelson of Florida says that he will vote "no" on Judge Brett Kavanaugh's nomination to the Supreme Court.

Remember: Nelson is not on the Senate Judiciary committee, so he won't be voting today. He'll vote if Kavanaugh gets a full Senate vote.

The American Bar Association is calling on the Senate Judiciary Committee to halt the consideration of President Donald Trump's Supreme Court nominee Brett Kavanaugh until an FBI investigation is completed into the sexual assault allegations that have roiled his nomination.

In a strongly worded letter obtained by CNN Thursday, the organization said it is making the extraordinary request "because of the ABA's respect for the rule of law and due process under law," siding with concerns voiced by Senate Democrats since Christine Blasey Ford's decades-old allegations became public.

"The basic principles that underscore the Senate's constitutional duty of advice and consent on federal judicial nominees require nothing less than a careful examination of the accusations and facts by the FBI.
"Each appointment to our nation's Highest Court (as with all others) is simply too important to rush to a vote. Deciding to proceed without conducting additional investigation would not only have a lasting impact on the Senate's reputation, but it will also negatively affect the great trust necessary for the American people to have in the Supreme Court."

The comments are striking because the organization gave Kavanaugh its highest rating of unanimous, "well-qualified" for the Supreme Court. Kavanaugh himself touted that rating at Thursday's emotionally-charged hearing where he denied Ford's sworn testimony that he attempted to rape her when they were teenagers.

Kavanaugh has noted he was "thoroughly vetted" by the ABA. 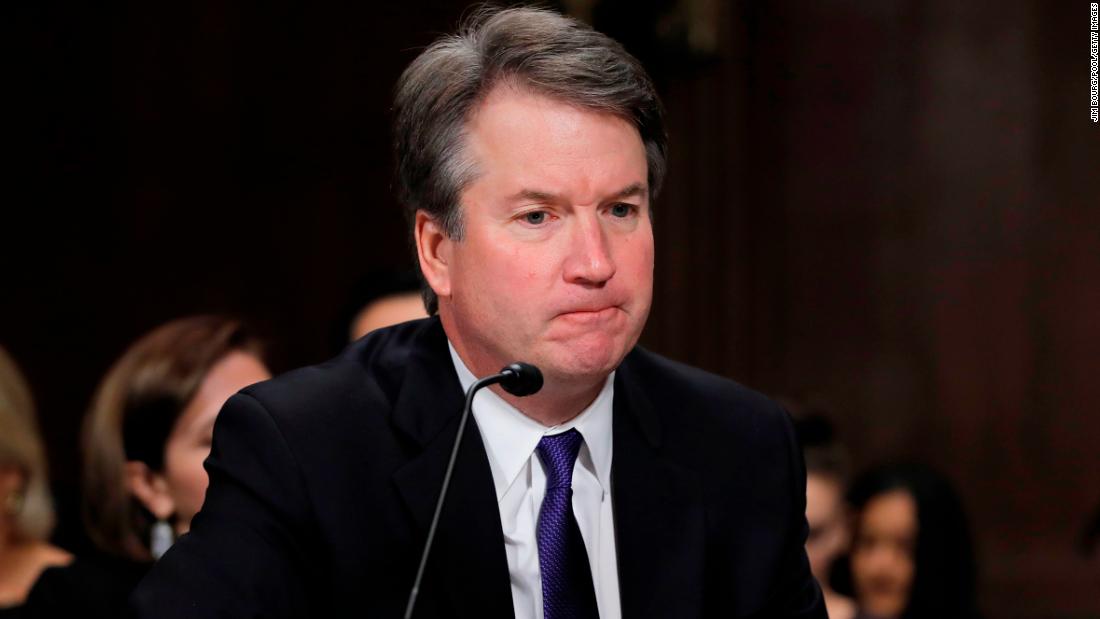 The Senate Judiciary Committee will once again be the scene of a national drama Friday as its members prepare to vote on President Donald Trump's embattled Supreme Court nominee Brett Kavanaugh.

Friday's scheduled vote is an effort by Republicans to bring a swift end to a confirmation process roiled by sexual assault allegations, even as Democrats demand more answers.

During an intense, day-long hearing Thursday, California professor Christine Blasey Ford testified that Kavanaugh sexually assaulted her while they were both teenagers in the early 1980s. Kavanaugh later offered a vociferous and emotional defense, alternately shouting and tearing up on national television.

A day after the drama, it's not clear whether committee Republicans have the votes to move Kavanaugh's nomination to the full Senate, with Republican Sen. Jeff Flake of Arizona appearing to be the swing vote on a committee with 11 GOP members and 10 Democrats.

The vote will be the first one in a series to determine whether conservatives lock in a favorable court for a generation with a 5-4 majority.