“I believe that the committee investigators should reach out to Deborah Ramirez in order to question her under oath about what she is alleging happened. I also am eager for the hearing to take place this Thursday and hear from both Judge Kavanaugh and and from Dr. Ford," Collins said Monday.

Collins added that she did not think Ramirez should be present at Thursday's hearing because "there hasn’t even been an interview of her yet with the committee staff and I think that needs to take place first."

“I am going to wait. I had not made a decision and obviously the hearing Thursday is an important one," Collins said.

Similarly, fellow Republican Sen. Lisa Murkowski of Alaska, who is also seen as a key vote, responded to a question about if she was moving closer to a decision on the nomination by saying: “There is a hearing on Thursday.”

Judge Brett Kavanaugh told Fox News that he neither "sexually assaulted anyone" nor had sex -- "or anything close to sexual intercourse" -- throughout high school and for "many years" after that.

The remarks came in an interview with Fox News' Martha MacCallum due to air later this evening.

Kavanaugh seemed to raise the fact that he was a virgin in those years unprompted, disclosing it while defending against accusations he sexually assaulted a teenage girl at a party while in high school.

Sen. Orrin Hatch, a Republican from Utah, was just asked about the latest allegations against Supreme Court nominee Brett Kavanaugh.

“Well it’s amazing to me that these allegations come out of nowhere at the last minute and that they weren’t brought up earlier in this process," he said.

"And it’s not untypical for our friends on the other side to pull that kind of crap," he added, referencing the Democrats.

“I am frustrated," he added. "I am angry because I get a little tired of the way some of these people have been treated on our side.”

Democratic Senator Richard Blumenthal, a Yale Law alum, said during a press conference on Monday with Democratic Senator Chris Coons and a group of Yale Law students, that “there is simply no way in good conscience” that the Senate can vote on the Kavanaugh nomination “without a full, fair investigation.”

Kavanaugh is also a graduate of Yale Law.

Asked by a reporter if he is aware of any other potential allegations against Kavanaugh, Blumenthal said he was “not prepared to talk about what there may be out there,” but said, “this nomination seems to be unraveling in real time.”

“As to other potential allegations, I’m just not prepared to talk about what there may be out there. As you know there have been some public reports just in the last 24 hours so at this point it’s really an unfolding story and this nomination seems to be unraveling in real time,” Blumenthal said.

Senator Chris Coons, another Yale Law alum, said that if the hearing takes place on Thursday with Ford and Kavanaugh, “will we have any investigation by the professionals of the FBI? No we won’t … will we be hearing from testimony from Dr. Ford under circumstances and conditions that are most conducive to her being able to come forward with her full story? No we won’t.”

In an excerpt of an interview with Fox News, set to air later Monday evening, Judge Kavanaugh said he would not let the allegations kill his nomination.

"I'm not going to let false accusations drive us out of this process," Kavanaugh told Fox News, sitting beside his wife.

"We're looking for a fair process where I can be heard defending my integrity. My life-long record of promoting dignity and equality for women, starting with the women who knew me when I was 14 years old. I'm not going anywhere."

President Donald Trump said Monday afternoon that it would be "sad" if Kavanaugh's nomination were upended by the allegations that have been raised against him in recent weeks.

"He's a fine, fine man. A great scholar," Trump said Monday when asked if he believed Kavanaugh would still be confirmed despite a second allegation against him surfacing.

"It would be sad to me if anything happened to reroute that. This is a fine man and we certainly hope that he is going to be confirmed," Trump said.

The President went on to lament the fact that allegations have been raised against Kavanaugh, again touting Kavanugh's character and saying Kavanaugh's "family has suffered."

"His family has suffered. What’s going on is not something that should happen," Trump said. "Brett Kavanaugh is an absolutely outstanding person. Hopefully he will be confirmed quickly."

Several sources on the Supreme Court nominee Brett Kavanaugh's team expressed cautious optimism that — at least for now — the second allegation against Kavanaugh isn’t going to pose as serious a problem to his nomination as the first has.

Their reasoning, this source, said is that the feeling among Kavanaugh’s team is that the New Yorker story is “already falling apart” on its own.

Another White House aide acknowledged anxiety about how Sen. Susan Collins will vote on Kavanaugh, but noted that’s always the case when it comes to her. The aide said Kavanaugh’s team has been worried about Collins’ vote since even before the first allegation surfaced, and said there isn’t necessarily a fear right now that the second allegation will risk her support any more than the first already has.

And the source familiar with the Kavanaugh camp’s thinking suggested the timing of the allegation leveled by Deborah Ramirez has also given the team space to question the credibility of both accusers.

“In the grand scheme of things, all of this coming out within a week or so kind of undercuts all of those allegations together,” the source said. “It really looks and smells like an eleventh hour character assassination or smear job — especially when much of this was known to Senate Democrats weeks and months ago and they did nothing about it.”

Democratic Sen. Joe Manchin of West Virginia has responded to the latest allegations against Kavanaugh, saying the hearing will be very important to his vote.

The allegations are "very concerning," Manchin said, but Kavanaugh has a "right to clear his name." 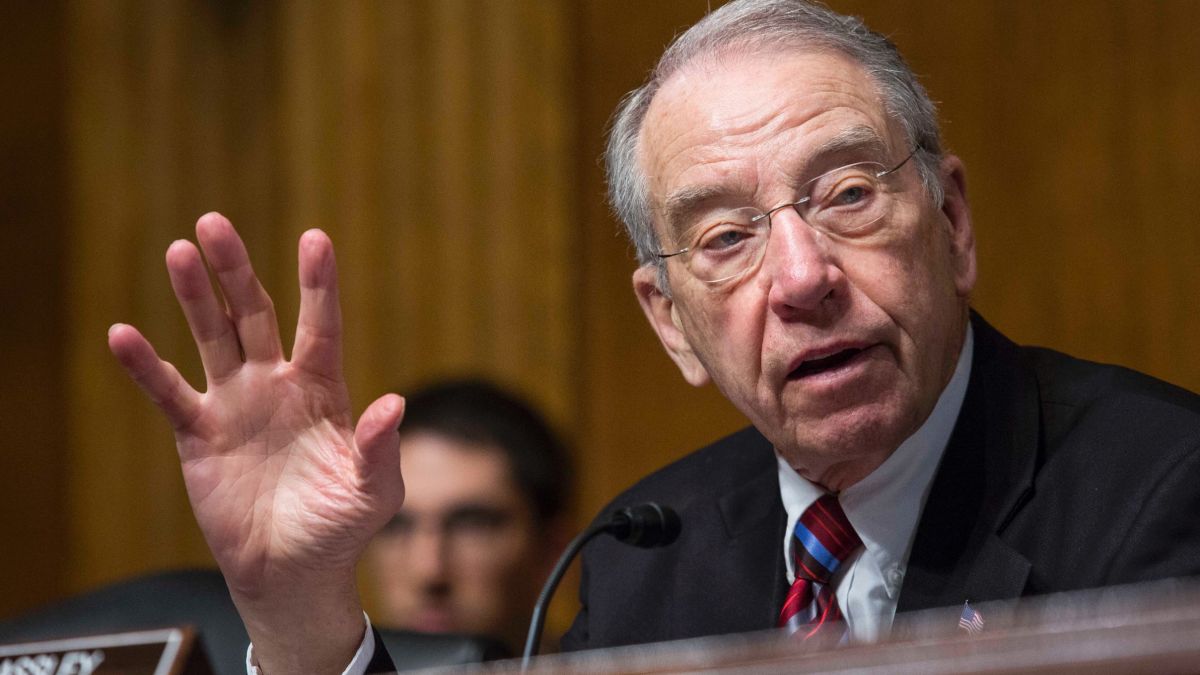 Chairman Grassley today sent a letter to Dr. Christine Blasey Ford, responding to her personal letter to him. In it he wrote, “I'm writing to say that I am committed to fair and respectful treatment of you, as you've requested. I've worked to make certain the committee I chair handles all individuals involved in hearings in that manner, and you deserve the same.

"I should have been given your July 30 letter at the time your letter was sent by either my colleague Sen. Feinstein or the lawyer helping you so that what it said could have been considered in August and during the week of September 4, when the committee hearing was held, including a senators-only session of the hearing."

Grassley went on to say, “Even so, when your allegations were publicly reported on September 16 by The Washington Post, I went to work to investigate them with my committee resources by contacting and interviewing everyone whom the article indicates was present at the gathering in question. It's important to me that you personally know how sincere and thorough this effort has been, including my commitment to make sure committee members and other senators are able to hear directly from you."

The arrangements made to re-open and continue the confirmation hearing on Thursday will allow you to testify and also will allow the nominee to address the allegations made against him. Both of you deserve a credible and fair process in a secure and professional setting.”

Grassley added a handwritten note at the bottom of the letter, “P.S. I look forward to your testimony.”