Across the world, people are watching the Kavanaugh-Ford hearing, and this includes passengers on planes at 35,000 feet.

Zette Emmons tells CNN this is her view aboard a JetBlue flight 415 from New York's John F. Kennedy International Airport to San Francisco. 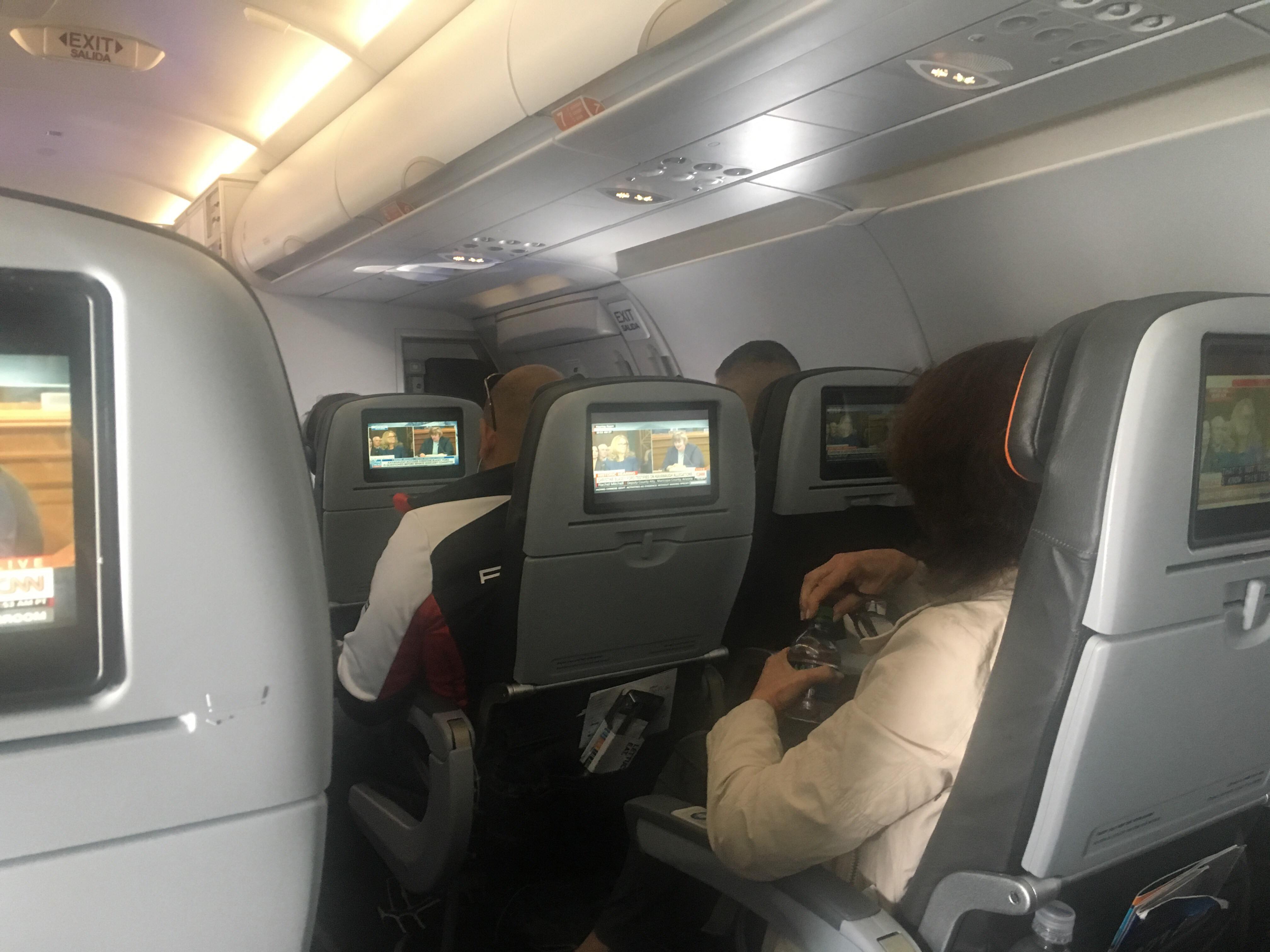 Once Judge Brett Kavanaugh was nominated, Christine Blasey Ford said she was "calculating daily the risk benefit" of deciding whether or not to come forward with her accusation against Kavanaugh.

Ford said she wondered if coming forward would just be "jumping in front of train that was headed to where it was headed anyway" and if she would be "personally annihilated."

But Ford said she ultimately decided to come forward because reporters were outside her home, and in one instance, Ford said she mistook a reporter who came to one of her graduate school classes as a student.

"At that point I thought enough was enough," Ford said.

"The mounting pressure seemed like it was time to just say what I needed to say," she later added. 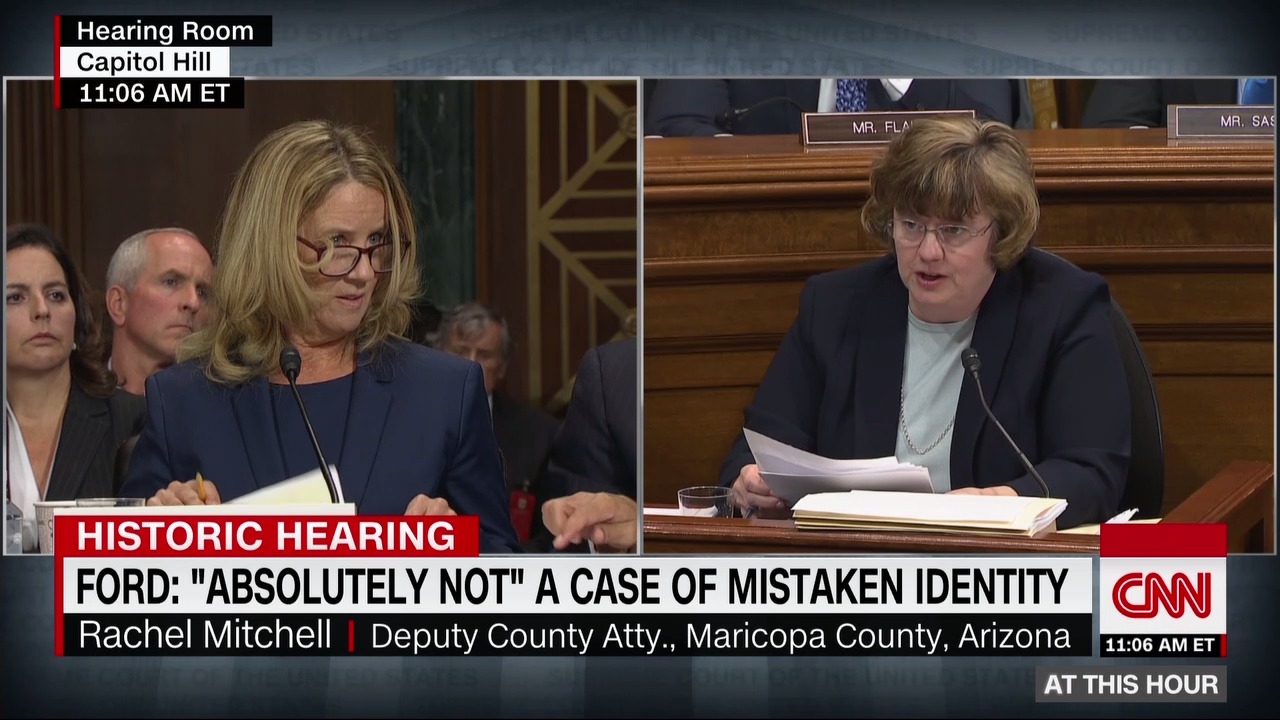 Sen. Dianne Feinstein just asked Christine Blasey Ford how she knew that Brett Kavanaugh was the boy who attacked her.

"The same way I'm sure I'm talking to you right now. Basic memory functions. And also just the level of norepinephrine and epinephrine in the brain that sort of, as you know, encodes that neurotransmitter encodes memories into the hippocampus so the trauma related experience is locked there where as other details kind of drift.

Feinstein followed up with this question: "So what you're telling us is this could not be a case of mistaken identity?"

As the hearing continues, Sen. Elizabeth Warren (D-Massachusetts) is meeting with protesters in the atrium outside the hearing. 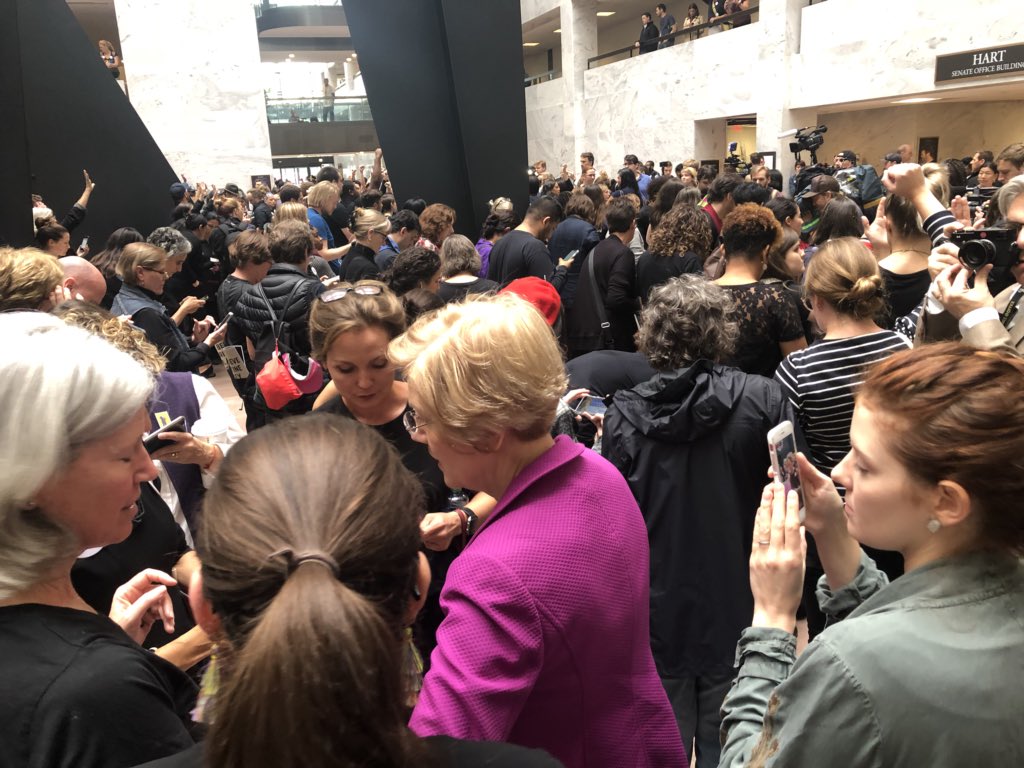 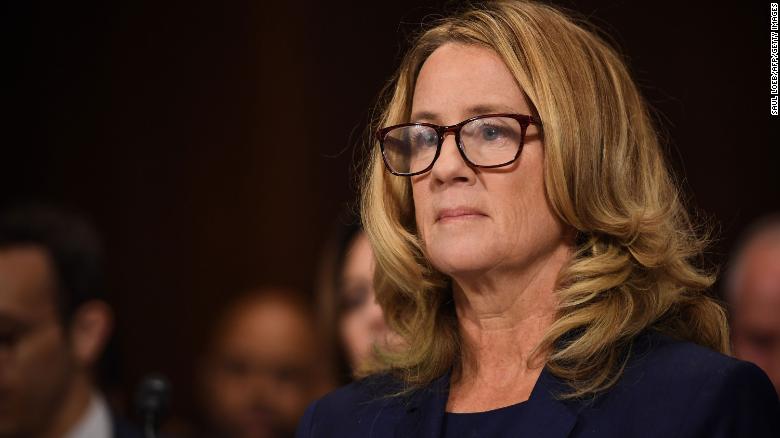 A source close to Christine Blasey Ford said she wrote her prepared remarks herself.

You can read them here.