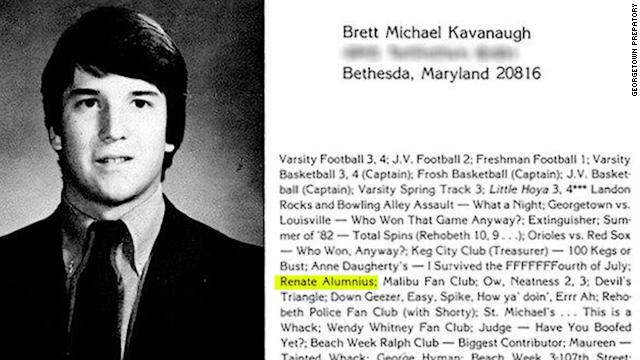 Supreme Court nominee Brett Kavanaugh said he cringes when he looks back at his high school yearbook — but maintained that the jokes in it were not about anything sexual.

"As high school students, we sometimes did goofy or stupid things. I doubt we're alone in looking back at high school and cringing at some things. For one thing, our yearbook was a disaster," he said.

Kavanaugh included "Renate Alumnius" as an entry in his high school yearbook page, and two of Kavanaugh's classmates told the New York Times the mentions of "Renate" were part of the high school football players' unsubstantiated boasting about their conquests with Renate Schroeder Dolphin

"One thing in particular we were sad about, one of our good — one of our good female friends, who we would admire and went to dances with had her name used on the yearbook page with the term alumnus. That yearbook reference was clumsily intended to show affection and that she was one of us. But in this circus, the media has interpreted the term was related to sex. It was not related to sex. 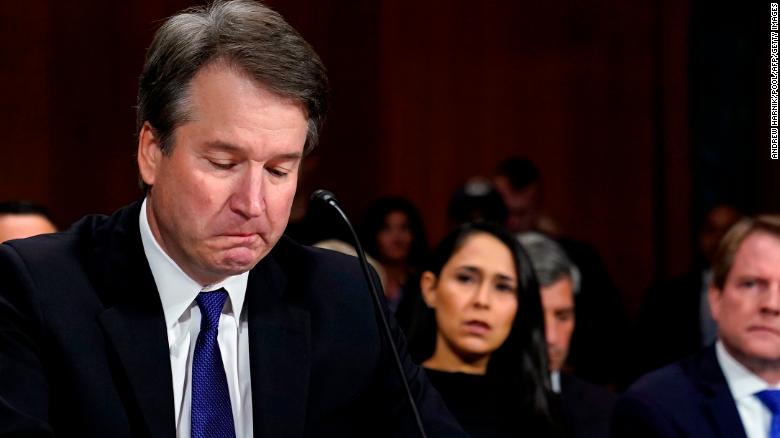 A source close to Kavanaugh says he wrote every word. This was not precleared with the White House. This is 100% him.

As Kavanaugh speaks with a lot of emotion –- at times fighting through tears -– a few people in the audience have been spotted also wiping tears, including when he spoke emotionally about his father.

Police have arrested protesters who were blocking the roadway that runs between the Supreme Court and Capitol Hill.

The protesters sat in the road and linked arms. 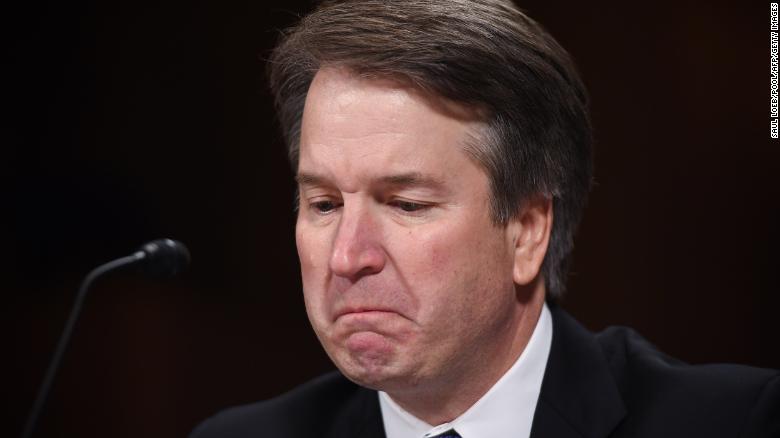 Supreme Court nominee Brett Kavanaugh teared up when he mentioned his 10-year-old daughter, Liza, during his opening statement.

Kavanaugh was explaining how he said he bears Ford no ill will when he recounted how Liza, when saying her prayers, said, “We should pray for the woman.” 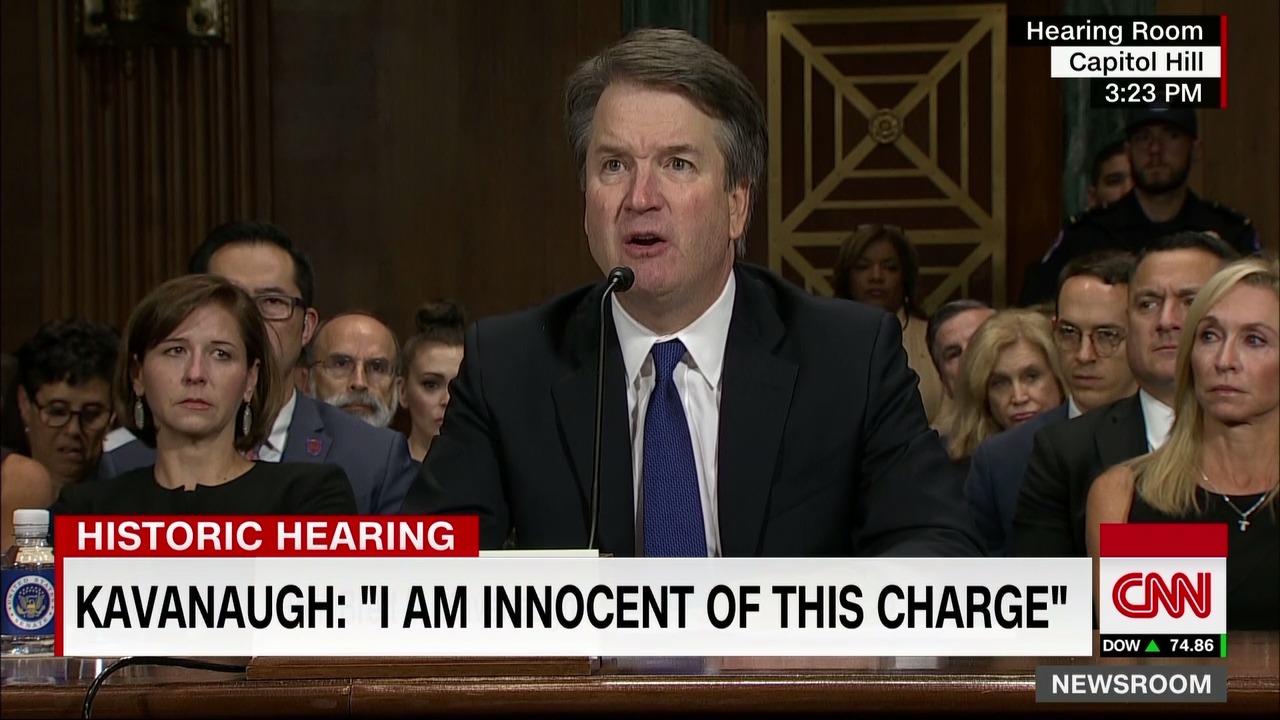 Judge Brett Kavanaugh strongly denied that he assaulted Dr. Christine Blasey Ford during a high school party nearly 40 years ago, claiming that while she may have been assaulted, it wasn't he who did it.

Brett Kavanaugh, delivering a furious speech at the start of his Senate testimony, said he wouldn't withdraw his nomination.

"I will not be intimidated into withdrawing from this process. You've tried hard. You've given it your all," he said. 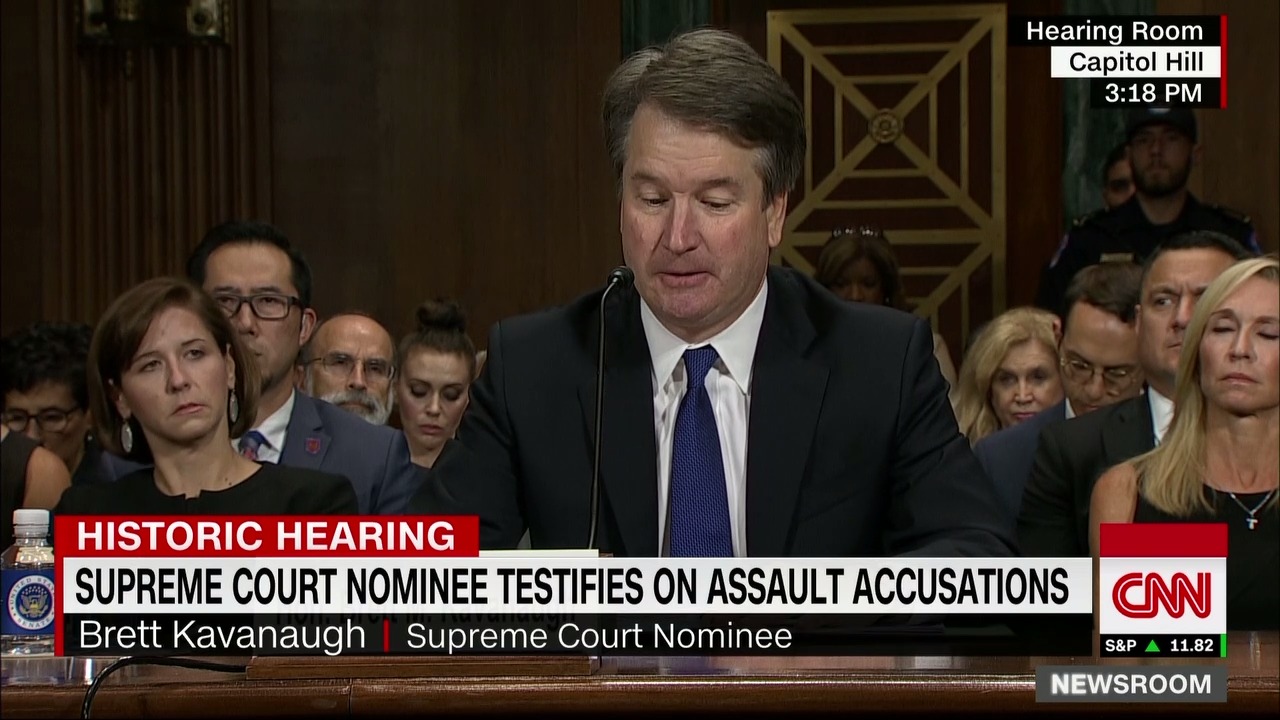 While speaking before the Senate Judiciary Committee, Judge Brett Kavanaugh passionately denied the allegations of sexual assault that have been brought against him, calling the accusations from the past two weeks "a calculated and orchestrated political hit."

Kavanaugh continued, saying the allegations were fueled by "apparent pent-up anger about President Trump and the 2016 election, fear that has been unfairly stoked about my judicial record, revenge on behalf of the Clintons and millions of dollars in money from outside left-wing opposition groups." 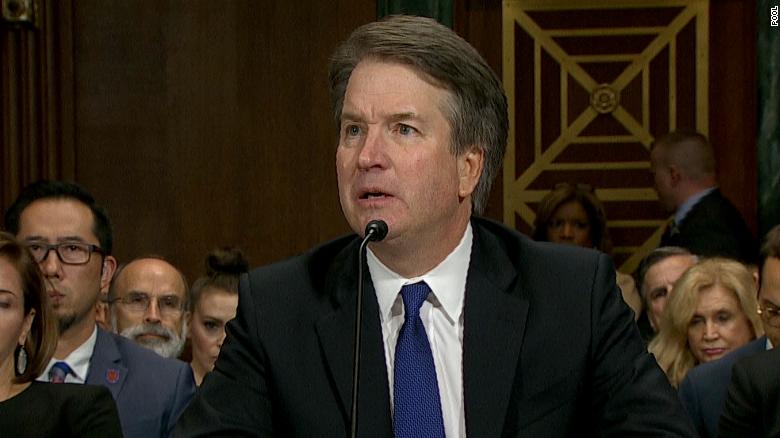 Brett Kavanaugh portrayed himself as a victim Thursday, saying he and his family have been "totally and permanently destroyed" by the sexual assault allegations he faces.

As the nation watched an extraordinary Senate Judiciary Committee hearing, Kavanaugh rebutted his accuser, Christine Blasey Ford, in a hearing that can decide the fate of President Donald Trump's nominee to the Supreme Court.

He said he welcomed any investigation, even as Republican senators have said they don't see a need for the FBI probe Ford's claim.