Barbara Van Gelder, lawyer for Mark Judge, tells CNN that the FBI has completed its interview of Mark Judge.

What you need to know about Judge: Judge is a former classmate of Brett Kavanaugh, who has been accused of sexual assault. Christine Blasey Ford claims Kavanaugh sexually and physically assaulted her while they were at a party during their high school years, and has said Judge was also in the room.

Kavanaugh has repeatedly denied the allegations, as has Judge. 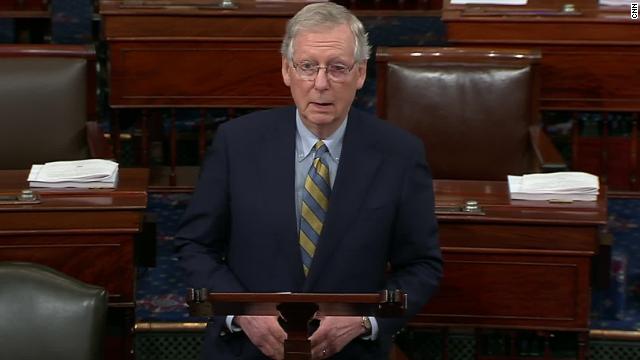 McConnell, speaking on the Senate floor yesterday, vowed to take a vote this week. 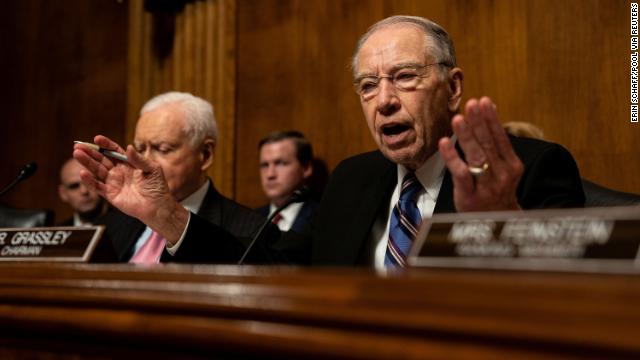 Senate Judiciary Chairman Chuck Grassley said he has no status update today on the FBI investigation.

Grassley did not know if a vote on Kavanaugh’s nomination would happen this week, saying that he doesn’t “run that show” and it’s up to Senate Majority Leader Mitch McConnell.

Grassley would not weigh in on the scope of the investigation, pointing to all the politicization that the FBI has been accused of in the past few years. Here's what he said:

The man who has been named as a witness to the alleged incident between Supreme Court nominee Brett Kavanaugh and professor Christine Blasey Ford in the early 1980s has been interviewed by the FBI, according to the man's lawyer.

"Mr. Judge has been interviewed by the FBI but his interview has not been completed. We request your patience as the FBI completes its investigation."

Judge is a former classmate of Kavanaugh, who has been accused of sexual assault. Ford claims Kavanaugh sexually and physically assaulted her while they were at a party during their high school years, and has said Judge was also in the room.

Kavanaugh has repeatedly denied the allegations, as has Judge.

Sen. Mazie Hirono, a Democrat from Hawaii, said she was initially was worried that the scope of the FBI investigation into Brett Kavanaugh would be too limited.

"We started off understanding that the FBI investigation was going to be so limited as to not even be credible that it would be — as I have put it — a farce," she said on CNN this morning. "Now we are learning that perhaps it will be much more wide open and that the FBI will be able to do the job that they do. That's good news. I hope that that's what's going to happen in the three days that we have left."

Hirono said the allegations against Kavanaugh all stem from "how he behaves when he's drunk."

"That's the crux of all these allegations. His aggressive behavior when he is drunk," she said. "This is why the FBI needs to go talk to all these people and let the senators decide on Judge Brett Kavanaugh's credibility, candor. And i have to say, his temperament." 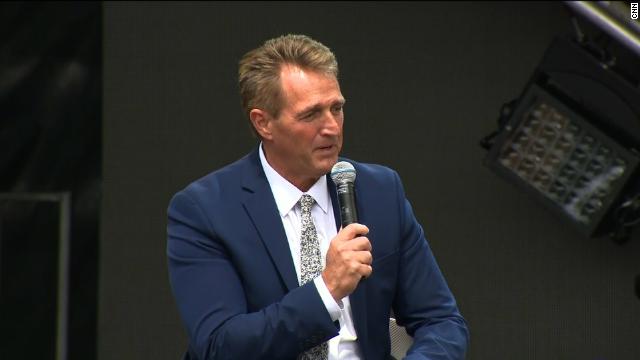 Sen. Jeff Flake said the timing of the Senate vote on Brett Kavanaugh's Supreme Court nomination depends on the FBI investigation into the allegations against the judge.

Asked if he supports having a vote on Friday, Flake said:

“Depends on where we are with the FBI investigation. The agreement was that we wouldn’t have a cloture vote until the report was filed.”

CNN then asked Flake if he would be comfortable with the investigation wrapping up on Friday no matter where the inquiry stands.

“I don’t want to talk about that," Flake said, "I think they can be done so I’m not going to address that hypothetical.”

Last week, Flake called for a one-week FBI investigation into an allegation of sexual assault and inappropriate behavior levied against Kavanaugh. He ultimately voted to move Kavanaugh's nomination out of committee and onto the Senate flood — but said he'd vote against Kavanaugh on the floor if there's no investigation.

Supreme Court nominee Brett Kavanaugh will not be teaching at Harvard Law School in January 2019, the school informed students Monday.

In an email obtained by CNN, Catherine Claypoole, the associate dean and dean for academic and faculty affairs at the Harvard Law School, informs students that Kavanaugh "indicated that he can no longer commit to teaching his course in January Term 2019, so the course will not be offered."

Kavanaugh was scheduled to teach a class in the winter term, according to a source familiar with the matter. However, the source could not confirm the reason Kavanaugh would not be teaching at the school in 2019 beyond the statement sent out by school officials that he could "no longer commit to teaching his course."

It was not immediately clear if Kavanaugh dropped out due to anticipation that he would be serving on the Supreme Court.

White House press secretary Sarah Sanders last night responded to The New York Times's story about how Supreme Court nominee Brett Kavanaugh was accused of throwing ice on another bar patron in 1985, when he was at Yale.

She attacked both the Democrats and the New York Times:

Our live coverage has ended for the night, but we'll be back in the morning. In the meantime, see our latest report.