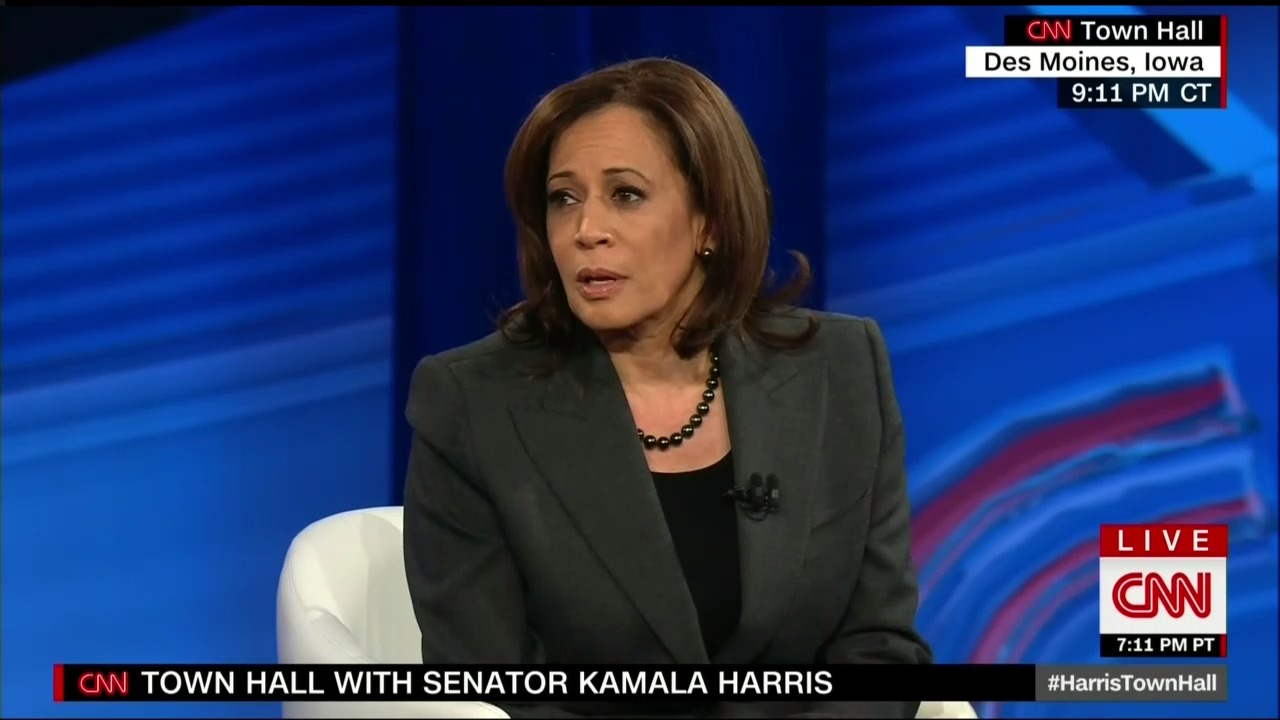 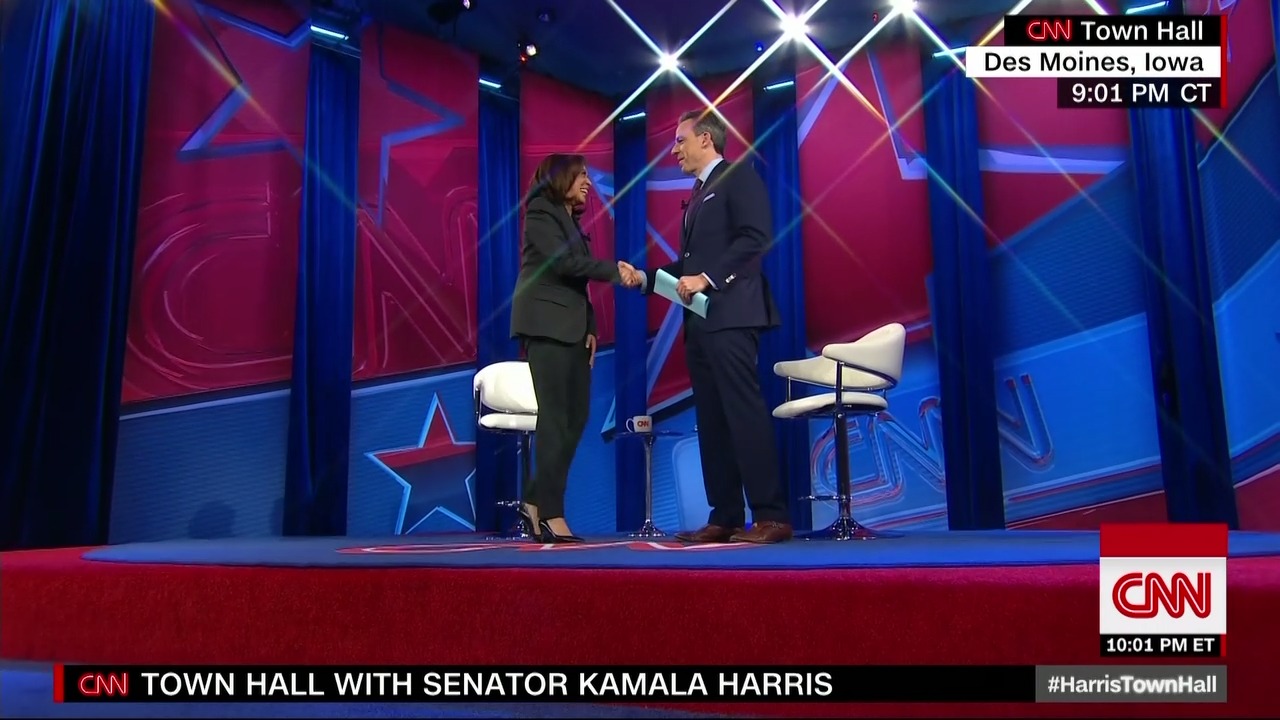 The Sheslow Auditorium is packed with Iowans, despite temperatures outside that have dipped to a mere 6 degrees. People in the audience whipped out their cellphones and snapped photographs inside the auditorium with less than an hour before the show.

Harris arrived in Iowa Sunday night hours after the official launch of her campaign in her birthplace of Oakland, which drew thousands of people.

The junior senator is likely to touch on key campaign issues, including tax relief for the middle class, and Medicare-for-All. She'll also try to separate herself from President Trump, whom she has sharply criticized.

She may also face tough questions about her criminal justice history. After Harris became attorney general of California, many criminal justice advocates in the state were disappointed that she did not take a more active role to advocate for ballot measures and legislation changing California's three strikes law, even though she had been a strong critic of the harsh sentencing penalties before she was elected.

As Kamala Harris sets her sights on the White House, there is perhaps no network better positioned to power her early launch than the women she will address Friday night in South Carolina: her sisters in Alpha Kappa Alpha Sorority, Incorporated — the nation's oldest black sorority.

Here's what you need to know about the sorority:

Why this matters: Harris will debut in South Carolina Friday night as a newly-minted presidential candidate when she addresses more than 3,000 of her Alpha Kappa Alpha sisters at the Pink Ice Gala in Columbia, an annual event that raises money for scholarships.

These women could become the foot soldiers of a powerful voting bloc. CNN exit polling shows black women supported Democrats more than almost any other voting subgroup, helping drive Democratic wins in last year's midterms. In Harris' case, the sisters of Alpha Kappa Alpha could help her organize in states across the country and open up a unique pipeline for her fundraising appeals within their regions. 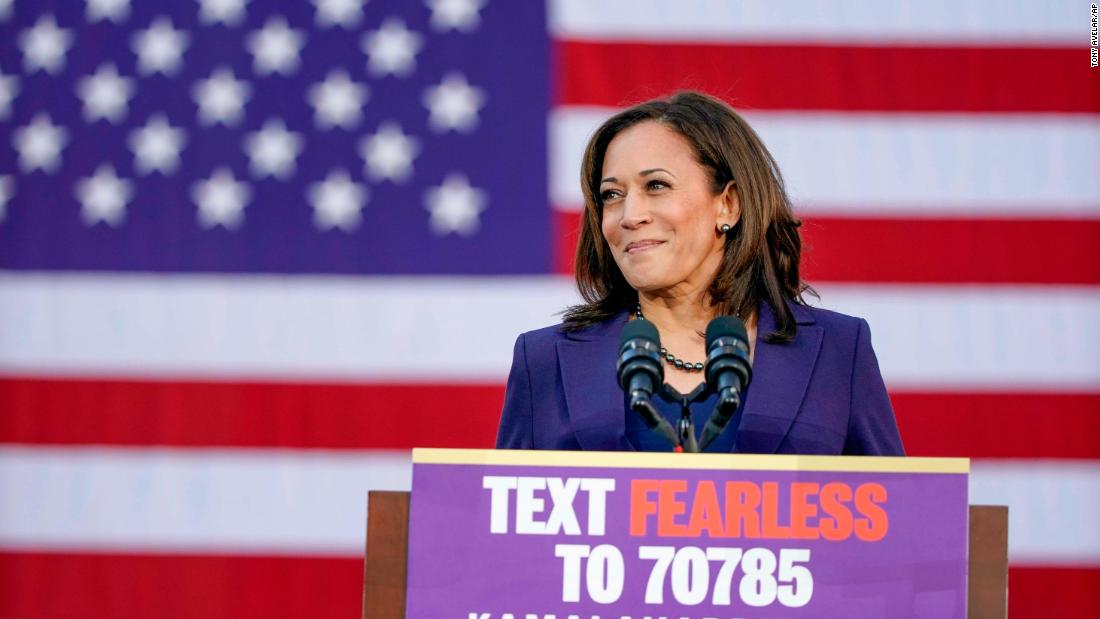 Kamala Harris officially launched her 2020 presidential campaign Sunday in her birthplace of Oakland, promising to be a fighter "for the people" and stating that it is time to restore what she views as the loss of American values under President Donald Trump.

"We are here because the American Dream and our American democracy are under attack and on the line like never before," the California senator said. "We are here at this moment in time because we must answer a fundamental question. Who are we? Who are we as Americans? So, let's answer that question to the world and each other right here and right now. America: we are better than this."

In an allusion to Trump's xenophobic rhetoric, his policies at the border, and his decision to shut down the government in a failed attempt to get his wall, Harris said that "people in power are trying to convince us that the villain in our American story is each other."