Chair Lindsey Graham closed the hearing with this thought:

“To my Democratic friends: This could happen to you one day”

What's in the report: The report said the start of FBI Russia probe was legally justified and unbiased, but it also cited significant errors in surveillance warrants.

The report essentially refutes more than two years of talking points by President Trump and Republicans about a deep-state effort to derail his campaign.

Republican Sen. John Kennedy had a colorful way of describing how reading the revelations in the inspector general's report shocked him.

“I thought I had dropped acid,” Kennedy said of his reaction to having read only about one fourth of the report. "It is surreal. I mean, I just couldn't believe it."

Horowitz agreed, saying that though he’s read it “multiple times,” the report still “surprises” him.

Inspector General Michael Horowitz told Sen. Kamala Harris he has not decided not to investigate the incidents surrounding Ukraine.

"Earlier today, you said you are not investigating matters related to ongoing Ukraine issues does that mean that you have decided not to investigate these incidents?" she asked.

"No. As I think mentioned in a recent letter, and I've been in touch with fellow IGs who have been asked by members to look at those issues."

Horowitz pointed out potential limitations on jurisdiction. Rather than rely on news reports, he said, he would like to review the facts surrounding Rudy Giuliani’s actions in Ukraine with law enforcement himself and return to the committee to speak to the issue.

In an exchange with Democratic Sen. Richard Blumenthal, inspector general Michael Horowitz refuted a multitude of claims made by President Trump, including that the FBI tapped phones at Trump Tower and planted informants or spies in his campaign.

Here's some of the exchange:

During the hearing, Sen. Lindsey Graham made a point of contrasting the briefings on Russian meddling the FBI provided to the Hillary Clinton campaign and the Trump campaign.

Graham suggested that while Clinton was briefed about “foreign influences involving her campaign,” the FBI provided only a “vanilla briefing” to Trump’s campaign outlining that “the Russians are out there, you better beware.”

Facts First: This is largely true. According to the Justice Department inspector general’s report on the Russia investigation, the Trump campaign did not receive a briefing on suspected Russian interference in the campaign. Instead, the campaign was briefed on potential interference from foreign actors including Russia. That might sound like a small difference but it means that the FBI did not tell the Trump campaign it was actively investigating whether the Russians were meddling in his campaign.

In the recently released inspector general report, Bill Priestap, then-chief of the FBI's counterintelligence division, explained that the campaign was not briefed because it was possible that parts of the campaign were working with Russia.

“While the Counterintelligence Division does regularly provide defensive briefings to U.S. government officials or possible soon to be officials,” Priestap said, “in my experience, we do this when there is no indication, whatsoever, that the person to whom we would brief could be working with the relevant foreign adversary.”

In other words, Priestap is suggesting that at the time there was concern inside the FBI that one or more people in the Trump campaign may have been colluding with Russia.

During today's hearing, Justice Department inspector general Michael Horowitz testified that the FBI “sent one of the supervisory agents” from the team investigating whether the Russians were colluding with the Trump campaign “to the briefing.” That agent then reported back what Trump and others said during the briefing.

“So the agent was actually doing the briefing but also using it for the purpose of investigation,” Horowitz testified. 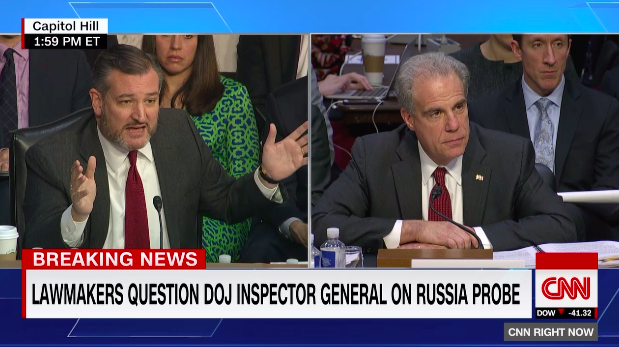 In closing out his questioning of inspector general Michael Horowitz, Sen. Ted Cruz criticized how the FBI investigation was run.

"This wasn't Jason Bourne. This was Beavis and Butt-Head," he said.

Republican Sen. Ted Cruz slammed the “pattern of abuse of power” in the Justice Department and the FBI during today's hearing, calling the inspector general's report “a stunning indictment.”

"Reading this report, this is a 434-page report that lays out what I consider to be a stunning indictment of the FBI and the Department of Justice, of a pattern of abuse of power," he said.

Cruz said the facts laid out in the report made him "angry."

"It makes anyone who expects law enforcement to be non-partisan and faithful to the law — it should make them angry as well," he said. 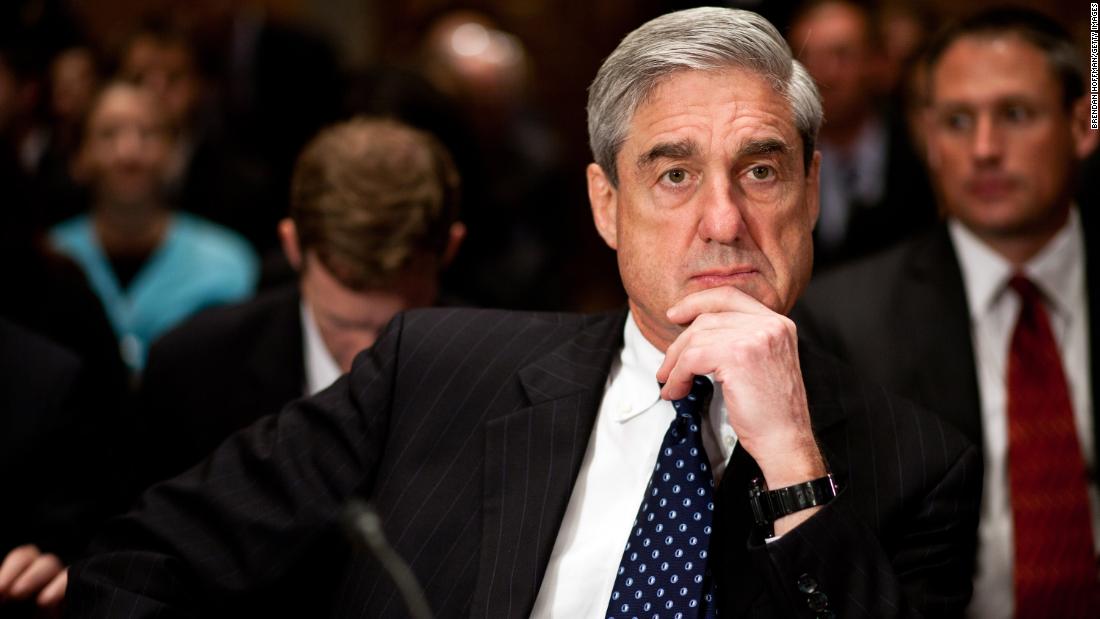 Democratic Sen. Amy Klobuchar asked inspector general Michael Horowitz whether he found any information that would undermine several of the most important findings from special counsel Robert Mueller’s investigation.

“We don’t take issue with any part of the special counsel’s report,” Horowitz said.

The inspector general also noted that his own report cites Mueller’s report on several occasions.

Some context: Horowitz reviewed the early stages of the Russia investigation, which was conducted by the FBI until it was handed off to Mueller after his appointment as special counsel in May 2017.