President Trump's Instagram account features a photo of the President along with the same words he tweeted last night: “My deepest sympathies and respect go out to the family of Senator John McCain. Our hearts and prayers are with you!" Critics in the comments and on Twitter point out it features no picture of McCain himself, questioning the President's motives for omitting the Senator. 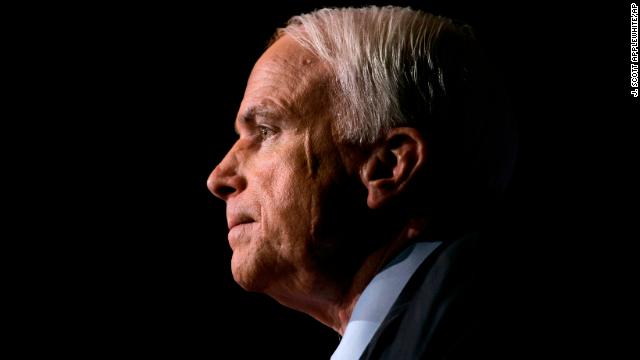 Sen. John McCain, a war hero, conservative maverick and two-time presidential candidate, died Saturday at his home in Arizona. He was 81.

We're wrapping up our live coverage, but if you're looking for more on McCain's life and career, you can...

Biden has said McCain took care of his son, Beau. Biden's son was also diagnosed with glioblastoma, an aggressive brain tumor. He died in 2015.

"John McCain’s life is proof that some truths are timeless. Character. Courage. Integrity. Honor. A life lived embodying those truths casts a long, long shadow. John McCain will cast a long shadow. His impact on America hasn’t ended. Not even close. It will go on for many years to come. As a POW, John endured the worst of what human beings can do to one another. In politics, he fell short of his greatest ambition. At the end of his life he faced a cruel and relentless disease. And yet through it all he never lost sight of what he believed most: Country First. And the spirit that drove him was never extinguished: we are here to commit ourselves to something bigger than ourselves. John was many things – a proud graduate of the Naval Academy, a Senate colleague, a political opponent. But, to me, more than anything, John was a friend. America will miss John McCain. The world will miss John McCain. And I will miss him dearly. On behalf of myself, Jill, and the entire Biden family, our sincerest condolences go out to Cindy, Doug, Andy, Sidney, Meghan, Jack, Jimmy, Bridget, and the entire McCain family. 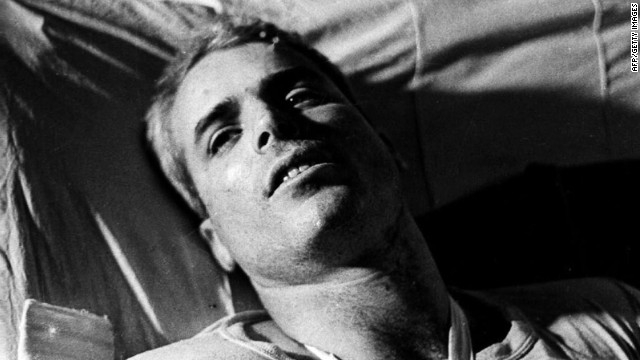 He recalled details of his ordeal in a Facebook message and video featuring archival news footage and photos, along with recollections from fellow prisoners of war.

When was he captured? In 1967. He held in the infamous detention facility known as the "Hanoi Hilton" for more than five years, where he was repeatedly tortured. He was released in March 1973.

"Hard to believe 50 years ago today my A-4 Skyhawk was shot down over North Vietnam," McCain wrote the Facebook post. "The great honor of my life was to serve in the company of heroes in Vietnam, Americans whose comradery, bravery and resilience in the face of tremendous hardship inspired us to resist our captors and find strength and hope even in the darkest of hours." 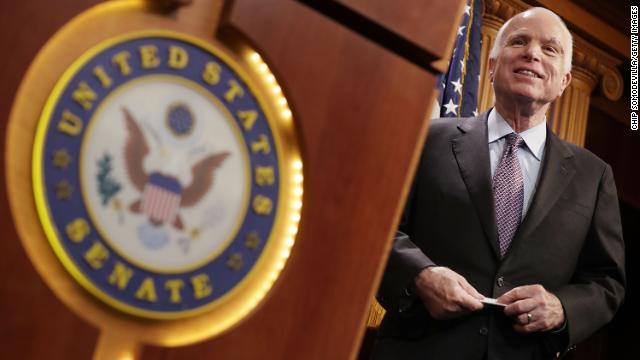 Sen. John McCain returned to Washington and delivered a dramatic vote on the GOP's Obamacare repeal bill, only 11 days after undergoing brain surgery.

His vote came in on the wee hours of July 28. Senate Majority Leader Mitch McConnell needed 50 votes to repeal the bill. Sen. Lisa Murkowski and Susan Collins had already voted against the so-called skinny repeal bill.

All eyes were on McCain, who instructed them to "watch the show."

What happened next? McCain walked over to the front of the chamber, raised his right arm and held it up in the air until he had the attention of the clerk.

"No," he said, with a swift thumbs-down.

McCain later said he rejected the bill because he believed the legislative process was flawed.

"He was a public servant in the finest traditions of our country. And to me, he was a friend whom I'll deeply miss," he said.

"Some lives are so vivid, it is difficult to imagine them ended. Some voices are so vibrant, it is hard to think of them stilled. John McCain was a man of deep conviction and a patriot of the highest order. He was a public servant in the finest traditions of our country. And to me, he was a friend whom I'll deeply miss. Laura and I send our heartfelt sympathies to Cindy and the entire McCain family, and our thanks to God for the life of John McCain." 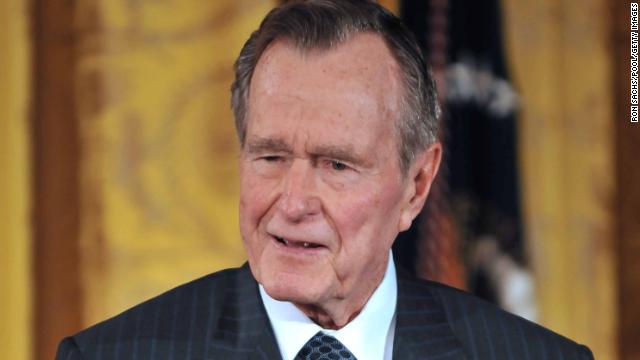 "John McCain was a patriot of the highest order, a public servant of rarest courage. Few sacrificed more for, or contributed more to, the welfare of his fellow citizens -- and indeed freedom love people around the world. Another American maverick and warrior, General George Patton, once observed: 'We should thank God that men such as these have lived.' To that I can only add my gratitude to John's wife Cindy, his wonderful family, and the people of Arizona who permitted this great and good man to serve with such distinction in the world's greatest deliberative body." 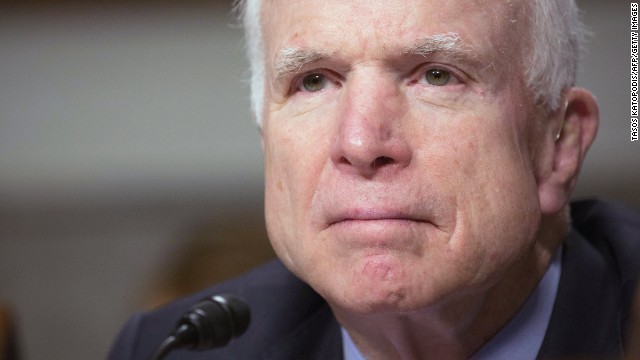 Israel’s Ambassador to the United Nations Danny Danon mourned the loss of an “American hero." 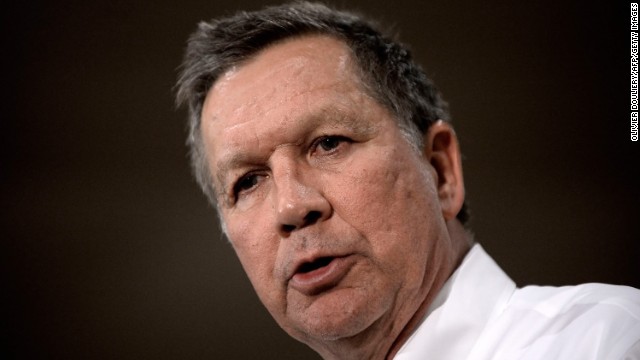 Sharing a photo of himself with McCain alongside a statement in a tweet, Kasich said he will "miss his straight talk and unfailing good humor, his steadfast resolve and absolute devotion to public service."