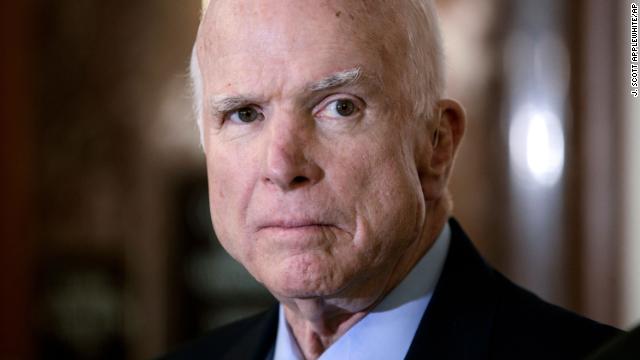 Sen. John McCain had been planning his own funeral services over the last year, often discussing the plans with close friends who visited his Arizona ranch.

President Trump, as we and others reported earlier this summer, isn’t invited. That was made clear in a message from the family through General Kelly.

McCain’s decline came fairly suddenly. A close group of friends were planning to be with him next Wednesday on his 82nd birthday, but they were told Wednesday he wouldn’t make it that long.

Read her statement below: 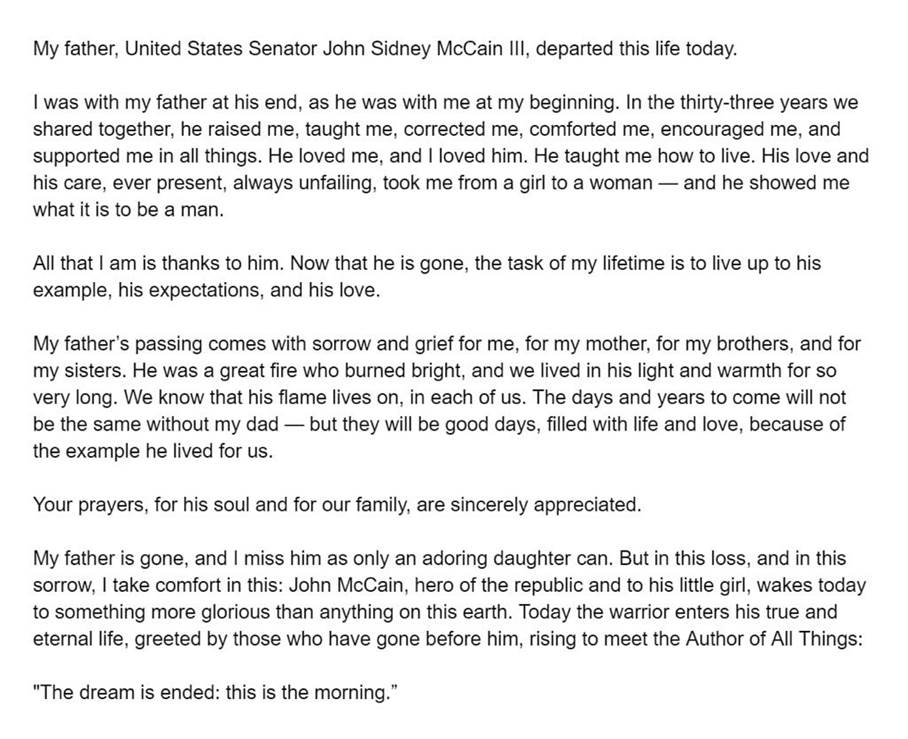 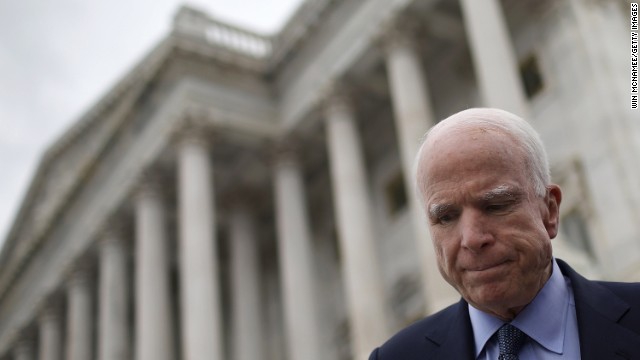 Before John McCain became a senator, he spent an early part of his life in the Navy.

Here's a look at some of the major milestones in McCain's military and political career: 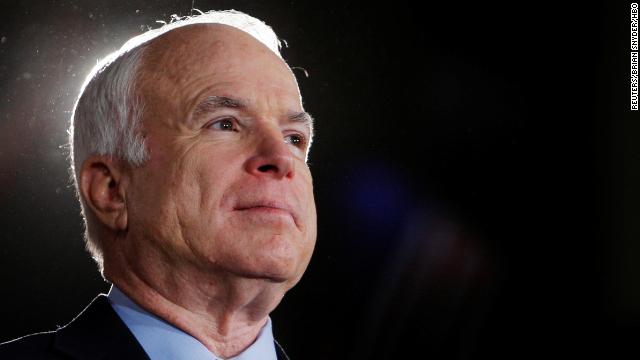 John McCain, Arizona senator and former Republican presidential candidate, has died at the age of 81.

"Senator John Sidney McCain III died at 4:28 pm on August 25, 2018. With the Senator when he passed were his wife Cindy and their family," his office said in a statement. "At his death, he had served the United States of America faithfully for sixty years."