US Attorney John Durham — who is leading Attorney General William Barr's probe of the origins of the Russia investigation — says his investigation is broader. Durham reports to Barr.

"We advised the Inspector General that we do not agree with some of the report’s conclusions as to predication and how the FBI case was opened," he said in a statement.

Here's the statement from Durham:

“I have the utmost respect for the mission of the Office of Inspector General and the comprehensive work that went into the report prepared by Mr. Horowitz and his staff. However, our investigation is not limited to developing information from within component parts of the Justice Department. Our investigation has included developing information from other persons and entities, both in the U.S. and outside of the U.S. Based on the evidence collected to date, and while our investigation is ongoing, last month we advised the Inspector General that we do not agree with some of the report’s conclusions as to predication and how the FBI case was opened.”

Attorney General William Barr's statement that disputes Inspector General Michael Horowitz's finding that the FBI properly opened a full investigation, called Crossfire Hurricane, based on the evidence it had in July 2016.

"The inspector general’s report now makes clear that the FBI launched an intrusive investigation of a U.S. presidential campaign on the thinnest of suspicions, that, in my view, were insufficient to justify the steps taken. It is also clear that, from its inception the evidence produced by the investigation was consistently exculpatory."

Horowitz said his report only examined the opening of the investigation and the Page surveillance along with the use of confidential human sources.

Horowitz found that the FBI followed existing rules, but Horowitz recommended that changes be made, including that the FBI consult top Justice officials before more intrusive investigative steps are taken in investigations dealing with major political campaigns.

The Inspector General's full report is now online. You can read it here.

We are also going through it now and will be pulling out key lines here. 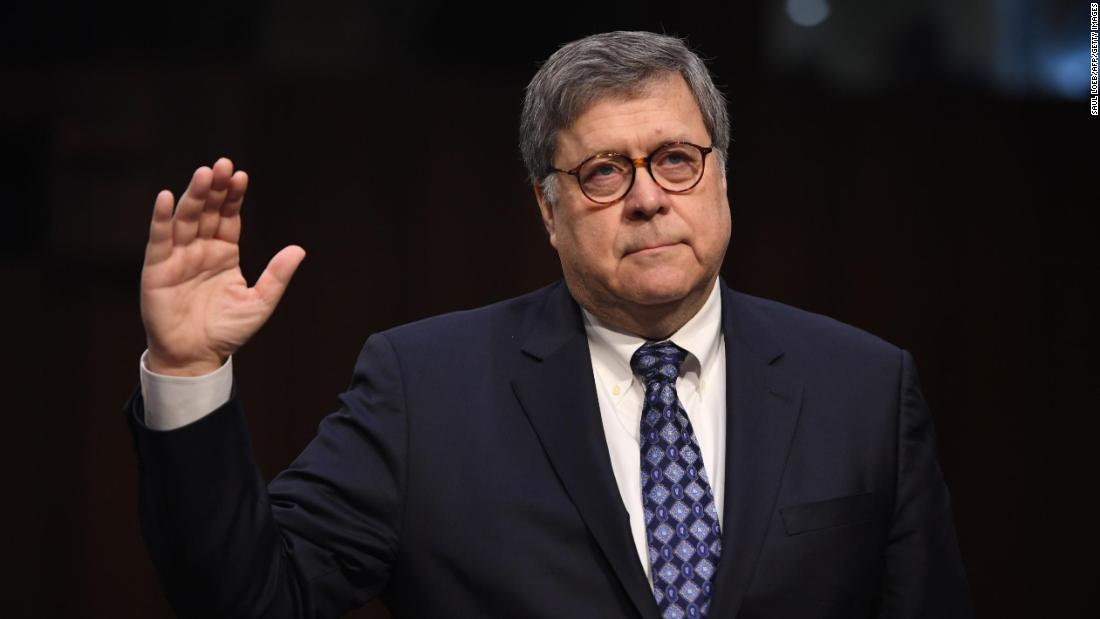 Attorney General William Barr said the FBI did not have enough evidence to take certain steps in their counterintelligence investigation of the Trump campaign in a blistering statement that contradicted some of the key findings of a report by the Justice Department’s inspector general.

Barr excoriated the FBI for launching an “intrusive investigation” into a presidential campaign based on the “thinnest of suspicions.”

Nothing is more important than the credibility and integrity of the FBI and the Department of Justice. That is why we must hold our investigators and prosecutors to the highest ethical and professional standards. The Inspector General’s investigation has provided critical transparency and accountability, and his work is a credit to the Department of Justice. I would like to thank the Inspector General and his team.
The Inspector General’s report now makes clear that the FBI launched an intrusive investigation of a U.S. presidential campaign on the thinnest of suspicions that, in my view, were insufficient to justify the steps taken. It is also clear that, from its inception, the evidence produced by the investigation was consistently exculpatory. Nevertheless, the investigation and surveillance was pushed forward for the duration of the campaign and deep into President Trump’s administration. In the rush to obtain and maintain FISA surveillance of Trump campaign associates, FBI officials misled the FISA court, omitted critical exculpatory facts from their filings, and suppressed or ignored information negating the reliability of their principal source. The Inspector General found the explanations given for these actions unsatisfactory. While most of the misconduct identified by the Inspector General was committed in 2016 and 2017 by a small group of now-former FBI officials, the malfeasance and misfeasance detailed in the Inspector General’s report reflects a clear abuse of the FISA process.
FISA is an essential tool for the protection of the safety of the American people. The Department of Justice and the FBI are committed to taking whatever steps are necessary to rectify the abuses that occurred and to ensure the integrity of the FISA process going forward.
No one is more dismayed about the handling of these FISA applications than Director Wray. I have full confidence in Director Wray and his team at the FBI, as well as the thousands of dedicated line agents who work tirelessly to protect our country. I thank the Director for the comprehensive set of proposed reforms he is announcing today, and I look forward to working with him to implement these and any other appropriate measures.
With respect to DOJ personnel discussed in the report, the Department will follow all appropriate processes and procedures, including as to any potential disciplinary action.

The Justice Department's inspector general found that the FBI properly opened its investigation into Russian election interference but that four surveillance warrants targeting a former Trump campaign adviser were riddled with "significant inaccuracies and omissions."

While rebutting President Trump's claims that the FBI illegally spied on his campaign, Horowitz's 435-page report provides new details of numerous interactions between FBI confidential informants and Page, Papadopoulos and at least one high-ranking Trump campaign official who wasn't under investigation. Those interactions are likely to fuel criticism from Trump and his allies about the FBI's activities, which Horowitz found were done according to the FBI's current rules.

The report criticized the FBI leaders and employees for how they handled four applications for surveillance under the Foreign Intelligence Surveillance Act targeting Page. The watchdog report said the FBI omitted key facts, including that Page was a source for another U.S. government agency, and additional information that would have undercut the evidence used to support the application for surveillance. Little of value came from the initial Page surveillance, but the the FBI continued it and didn't update applications for subsequent warrants.

The FBI also failed to adequately show weaknesses in the raw information provided by Christopher Steele.

The Department of Justice Inspector General has just released its report on the start of FBI's investigation into Russian interference in the 2016 election.

It is expected to say the probe was properly launched but lower-level employees made a series of mistakes, according to two sources familiar with the matter. 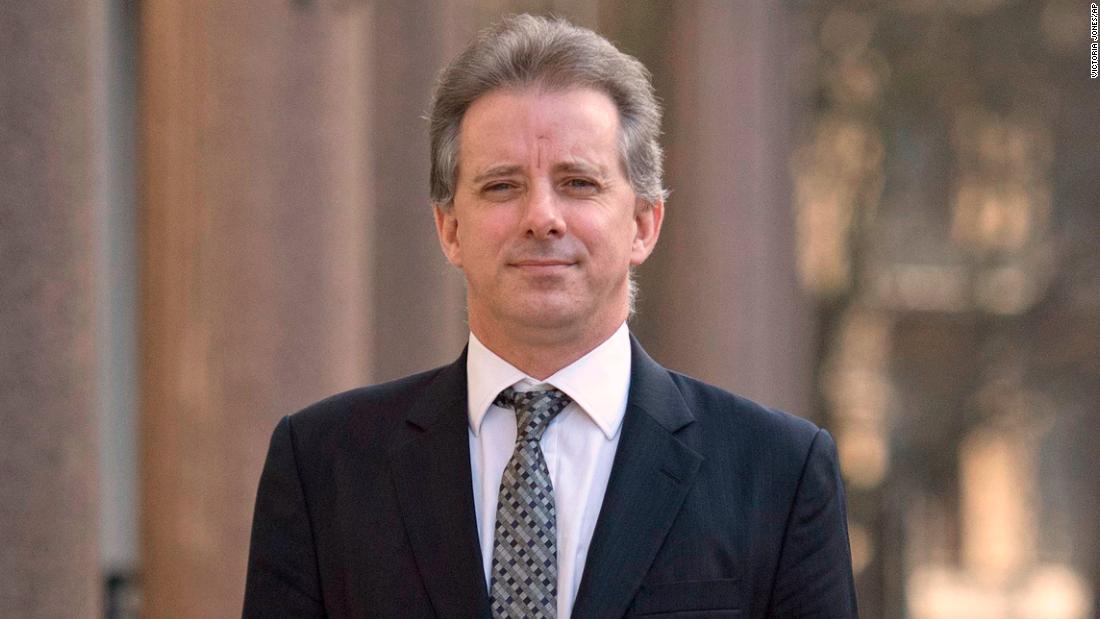 A former British spy who complied a controversial dossier on President Trump has been told information on him that he has not had a chance to review has now been declassified and will be included in the inspector general’s report today, according to two people familiar with the matter.

Christopher Steele was informed before midnight in the UK on Sunday, that the additional material would be contained in the report's final draft, according to a source close to his corporate intelligence company Orbis. He was not told what the new information would be and was not given an opportunity to respond before the report's publication later today, the source said.

Separately, a second source close to Steele also said he was notified Sunday that information concerning him that was to be redacted is now going to be released as part of the inspector general’s report, and says Steele was not given a chance to respond.

Steele spent two days meeting with representatives of the Department of Justice in London to voluntarily cooperate with their probe in June this year and followed up with further conversations via Skype. Orbis also provided the inspector general with access to its internal documents and memoranda of its meetings with the FBI, since the firm's relationship with the bureau began in 2013.

Orbis had a chance to review 50 pages of the report pertaining to Steele and his firm last week and highlighted numerous mistakes and inaccuracies, in particular with Steele's characterization in some parts of the report as a " confidential human source" rather than as a contractor, according to material prepared by Orbis and seen by CNN.

Among the submissions to the probe by Steele is an undated letter, which the source close to the company said was drafted in August 2013, to the British government seeking permission to sign a contract with the FBI, upon the bureau's instigation, for providing intelligence services.

The letter, signed by Steele which CNN has seen, says "we are keen to take up this opportunity to win an important new client, with long-term potential and a wide range of Russian and global requirements."

"We would anticipate some contact with the FBI representative in London as part of this arrangement, of which the CIA chief of station would be aware," it says.

Based on what Orbis believed was a final draft of the inspector general's report, it had planned to thank the department for being treated "with dignity and respect," according to a statement drafted last week for release later today and seen by CNN.

However, since Sunday, a person close to Orbis told CNN the decision to publish extra material in full showed a "lack of integrity" and was an "affront to natural justice.”

"The fact that so many mistakes were identified previously gives us no confidence that this new material will be any more reliable," the person said.

The New York Times reported that Attorney General William Barr had declassified information related to Steele for inclusion in the report.

Former Deputy Attorney General Rod Rosenstein tweeted today an excerpt from a 2018 speech, in which he lauded the Department of Justice but said they are not “error-free” and “correct mistakes.”

More context: Rosenstein tweet comes ahead of the release later today of the DOJ IG report on the early Russia probe which is expected to conclude that the probe was properly launched but that lower-level FBI employees made a series of mistakes as they carried it out.

The Department of Justice Inspector General's report on the start of FBI's investigation into Russian interference in the 2016 election will say the probe was properly launched but lower-level employees made a series of mistakes, according to two sources familiar with the matter.

The investigation on the effort to obtain warrants under the Foreign Intelligence Surveillance Act on Carter Page, a former foreign policy adviser to the Trump campaign, is expected to conclude that the FBI's Crossfire Hurricane investigation was properly predicated, and that there were a series of mistakes and improper handling of the Page FISA application by lower-level employees.

The New York Times was first to report on the expected conclusion of the report.

More on the report: The report is also expected to conclude that Page was appropriately targeted for surveillance and that the FBI appropriately disassociated itself from Christopher Steele, the former British spy and author of the infamous "Steele Dossier" about President Donald Trump, after leaks and contacts with the media were uncovered.

CNN first reported that a former FBI lawyer is under criminal investigation after allegedly altering a document related to the 2016 surveillance of Page.

People familiar with the report told the Times that while it characterizes the pursuit of the FISA request as careless and slapdash, the report discredits major conspiracy theories that Trump has advanced about the investigation -- finding, for example, that the FBI met the legal evidence threshold to open the probe.