House Speaker Nancy Pelosi and her staff have instructed her caucus to show unity and not to gloat at all during the proceedings today, per multiple sources.

Pelosi wants the public to see Democrats as taking this moment seriously and not be seen as cheering the President’s impeachment.

This message has been conveyed in meetings and in emails from staff to member offices, per sources.

Rep. Eliot Engel, chair of the House Foreign Affairs committee, said today is "a solemn moment, and it shows the resilience of our democracy,”

“It’s a difficult time for everybody,” he told CNN as he walked into the Capitol ahead of today’s vote.

Rep. Mark Meadows, a close Trump ally, reiterated the GOP's support for the President ahead of today’s vote in the House.

He says he doesn’t expect any Republican defections.

"We’ve been be very unified not only in our support of the President, but throughout really the whole impeachment process," he added.

Majority leader Rep. Steny Hoyer, a Democrat from Maryland, says work will get "done by the end of the day" despite a motion for adjournment proposed by Republicans ahead of the vote on the articles for impeachment.

The motion for adjournment was made at about 9 a.m. ET. 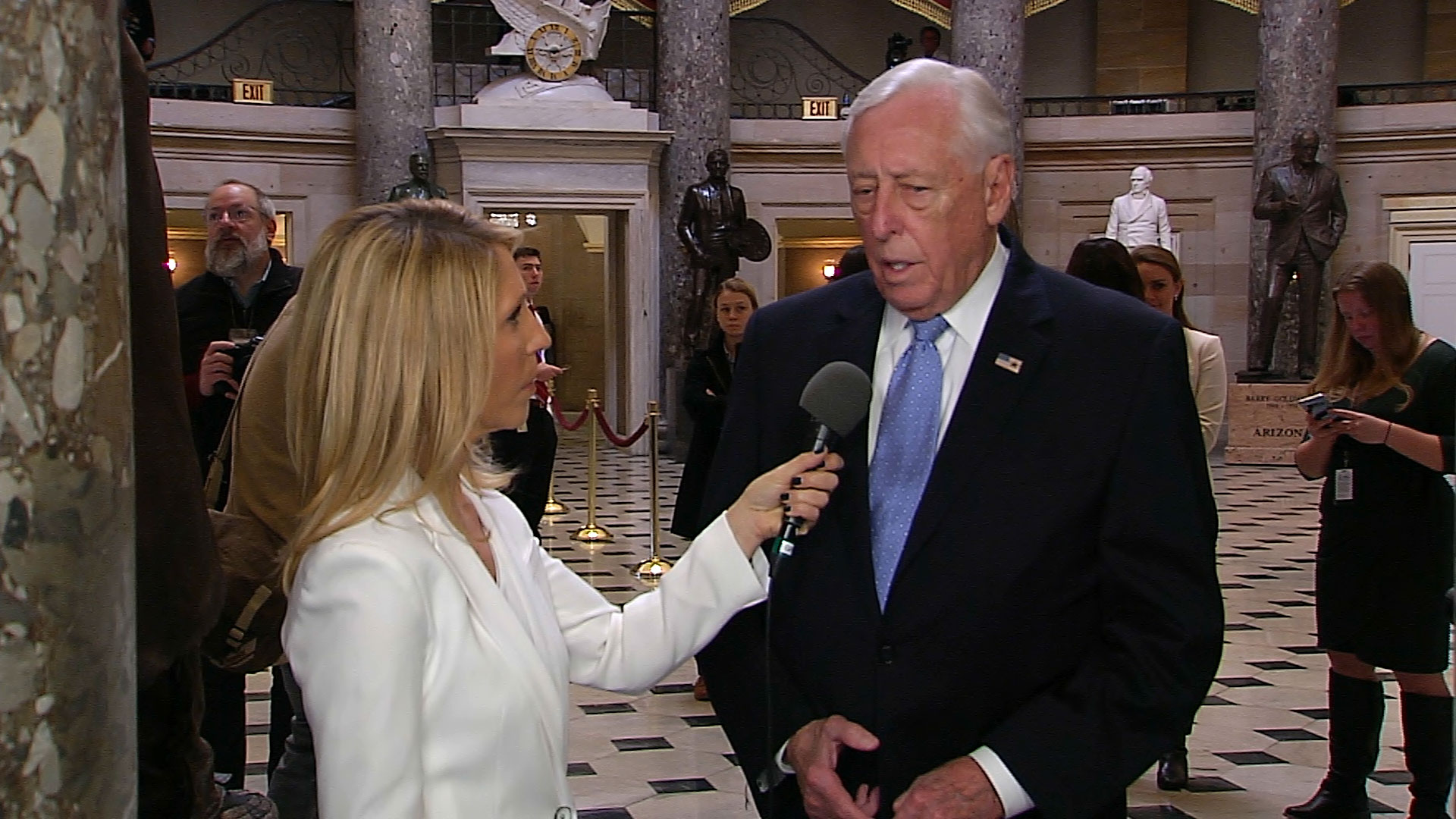 "This is a way to say we don't like what you're doing today. We don't think you ought to be doing it today. There's a disagreement on that. We feel very strongly that we are compelled by our duty to our oath and the Constitution and our democracy to act today where we have found that the President of the United States has abused his power. They don't agree with that, many of them," Hoyer said.

Here's what the updated schedule for today's proceedings look like:

Republicans have inserted a procedural vote to proceed the vote on the rule that would begin the impeachment debate on the House floor this morning.

House members must vote on that before the impeachment debate can begin.

House Minority Leader Kevin McCarthy, a Republican from California, defended President Trump this morning in a CNN interview, claiming the President "did nothing to be impeached."

"What bothered me is demeaning of impeachment. What Alexander Hamilton feared the most that a political party would use this for their own political gain, not for the rule of law. That's what we're facing today. Is this going to be the new norm? Even today as we move forward and listen to some Democrats say if it doesn't pass the Senate we'll come back and impeach him again," McCarthy said.

The reason why Speaker Nancy Pelosi hasn’t said when the articles of impeachment will be transmitted is because she has to name impeachment managers in order to transmit the articles to the Senate, according to a senior Democratic aide.

In order to name managers, the articles have to pass the House and then the House has to debate and vote on a separate resolution giving Pelosi the authority to name the managers.

It is unclear exactly when that resolution will be voted on and when the managers could be named but it could be tonight.

As the stage is set for the House to vote on articles of impeachment against him today, President Trump is holding his usual morning meeting with top aides and members of the White House counsel's office, per a person familiar, who framed it as business as usual.

This meeting is one Trump has had almost every day for weeks now as aides have plotted their way forward after Speaker Nancy Pelosi announced the impeachment inquiry in September.

Trump has spent the last 24 hours on the phone with top officials and Republican lawmakers, according to multiple people familiar with his calls. He expressed outrage at Pelosi and looked ahead to what his trial in the Senate will look like.