Speaker Nancy Pelosi is “highly unlikely” to name Rep. Justin Amash as one of the impeachment managers, according to a House official close to the inquiry.

“It’s highly unlikely that the speaker would take this sort of risk when she has so many of her own well-qualified members clamoring for a spot,” an official close to the impeachment inquiry told CNN.

Amash, a Michigan independent and former Republican, has been one of the fiercest critics of President Trump. A group of freshmen Democrats had been urging Pelosi to draft Amash as one of the impeachment managers.

A source familiar says Rep. Dean Phillips, a freshman Democrat from Minnesota, is working with a group of other freshman Democrats to convince House Speaker Nancy Pelosi to draft independent Rep. Justin Amash as an impeachment manager for the Senate trial.

Phillips has been in touch with Amash, who is open to the idea. Amash, a staunch critic of President Trump, was a Republican but then switched parties last summer after he voiced support for formal impeachment proceedings.

Earlier this month, Amash told CNN he would support articles of impeachment signaling that it would not be just Democrats backing the effort when it came to the House floor. 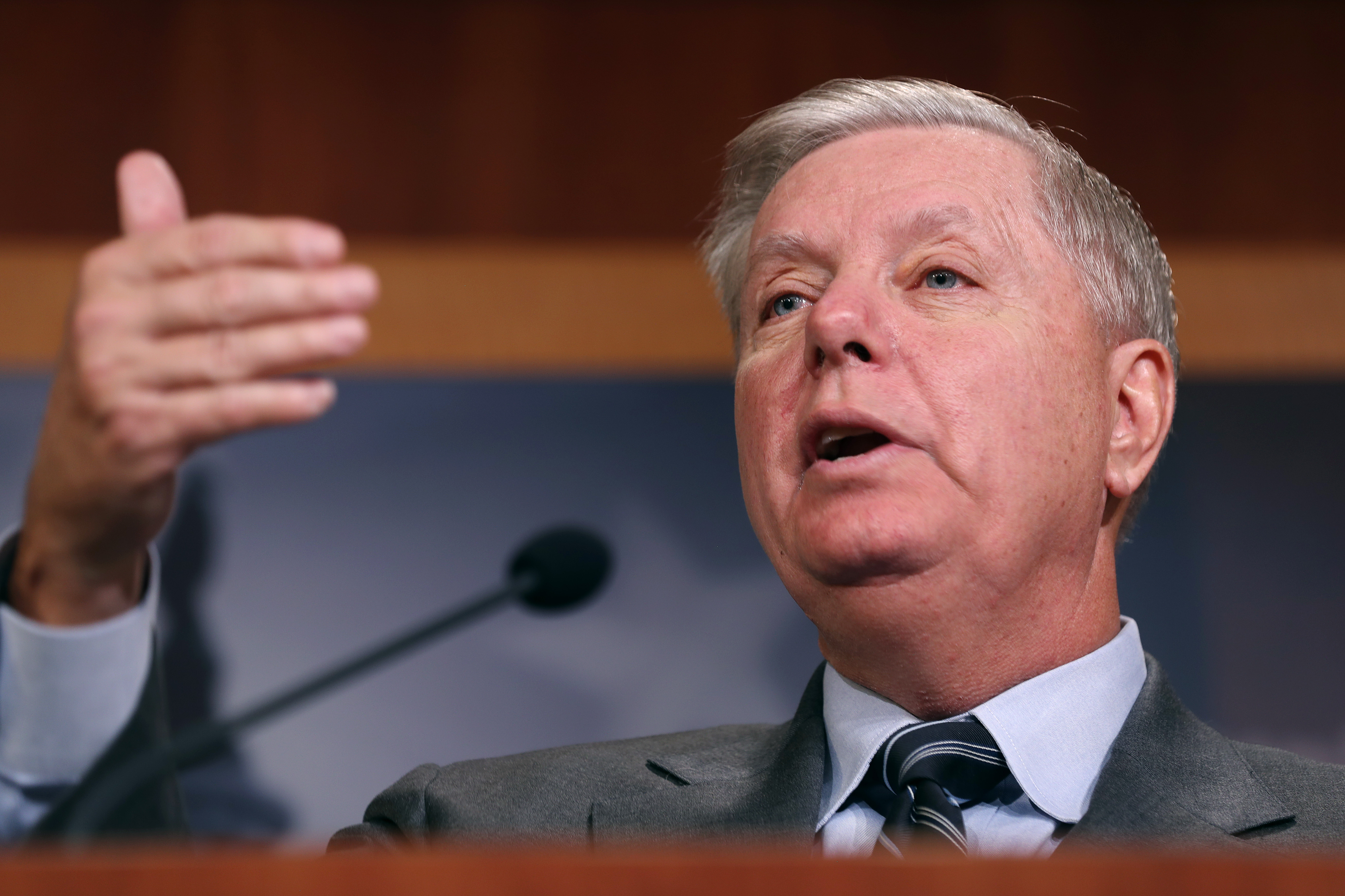 Republican Sen. Lindsey Graham, chairman of the Judiciary Committee and a close ally of President Trump, said he will do everything in his power to quickly end an expected impeachment trial in the Republican-led Senate.

"This thing will come to the Senate, and it will die quickly, and I will do everything I can to make it die quickly," the South Carolina Republican said today during an interview with CNN International's Becky Anderson at the Doha Forum in Qatar.

Asked if it was appropriate for him to be voicing his opinion before impeachment reaches the Senate, Graham replied, "Well, I must think so because I'm doing it."

"I am trying to give a pretty clear signal I have made up my mind. I'm not trying to pretend to be a fair juror here," Graham said, adding, "What I see coming, happening today is just a partisan nonsense."

Where impeachment stands now: The House Judiciary Committee on Friday approved two articles of impeachment against the President, paving the way for a final vote on the House floor expected next week. That will set up the Senate trial, for which lawmakers are now gearing up.

House Intelligence Chairman Adam Schiff today said he would like for some witnesses to be called during the expected Senate impeachment trial as well to have administration documents so far not turned over to be introduced as evidence.

“I think there are any number of witnesses that should be called in the Senate trial, and many witnesses the American people would like to hear from that the administration has refused to make available. And perhaps of equal and if not greater importance are the thousands and thousands of documents that the administration refuses to turn over,” Schiff told ABC’s “This Week.” “I would hope that every senator of both parties would like to see the documentary evidence.”

Schiff, who has been mentioned as a possible House impeachment manager, said the witnesses he has in mind are ones who so far have refused to talk to House negotiators. They include acting chief of staff Mick Mulvaney, former national security adviser John Bolton and Secretary of State Mike Pompeo.

“I would urge Mitch McConnell to start negotiating with Chuck Schumer to make sure that those senators have a full record,” Schiff said.

So far Majority Leader McConnell and Minority Leader Schumer have not started discussions about the outlines of the rules that will govern a trial.

A new poll from Fox News finds 50% of voters nationwide want President Trump impeached and removed from office, unchanged since a late-October poll. Another 4% say Trump should be impeached but not removed, and 41% oppose impeachment altogether.

Regardless of their views on impeachment, 53% of voters say Trump abused his power, 48% say he obstructed Congress and 45% say he committed bribery.

And 60% say it is generally wrong for Trump to ask leaders of foreign countries to investigate political rivals.

Registered voters are split over whether the Democrats in Congress are running the impeachment inquiry fairly, 45% say yes, 42% no.

In the race for the Democratic nomination for president, the poll puts former Vice President Joe Biden clearly ahead at 30%, Sen. Bernie Sanders in second at 20%, Sen. Elizabeth Warren in third with 13%, Mayor of South Bend Pete Buttigieg lands at 7%, businessman Michael Bloomberg and Sen. Amy Klobuchar at 5% each, Rep. Tulsi Gabbard and businessman Andrew Yang at 3% each and Sen. Cory Booker at 2%.

Looking ahead to the general election, hypothetical matchups show Biden, Sanders and Bloomberg each topping Trump by a significant margin, while Warren and Buttigieg each run about even with the president.

House Judiciary Chairman Jerry Nadler and leading Sen. Sherrod Brown criticized Senate Majority Leader Mitch McConnell today after he said he would be coordinating with the White House counsel on “everything” regarding the expected Senate trial.

“The Constitution prescribes a special oath for the senators when they sit at a trial in impeachment. They have to pledge to do impartial justice and here you have the majority leader of the Senate - in effect the foreman of the jury - saying he is going to work hand-in-glove with the defense attorney. Now that's a violation of the oath they are about to take and it's a complete subversion of the Constitutional scheme,” Nadler told ABC’s “This Week.”

“I hope…that they will do their duty and will look into this and will see the uncontroverted facts. Remember, these facts are basically uncontroverted,” Nadler added.

Nadler said this is a basic constitutional issue.

“This is a subversion of the constitutional order, a subversion of our democracy and if he gets away with it, future president of either party will really be able to change the nature of our government. This changes the nature of our government. Do we have constitutional democracy or do we have a monarchy where the President unaccountable? That's what's at stake here," he said.

Brown echoed similar sentiments to CNN’s Jake Tapper on “State of the Union" this morning.

“Mitch McConnell to say he’s coordinating with the White House to make sure he’s not convicted and removed is – I just – it really is part of this see no evil, hear no evil. That is why I’m so disappointed in my colleagues’ see no evil and hear no evil attitude. That they don’t want to look at anything that might disagree with their world view of Republicanism and this President,” Brown said.

McConnell defended his stance on Friday: “It was done during the Clinton impeachment as well. Not surprisingly, President Clinton and the Democrats in the Senate were coordinating their strategy. We’re all on the same side.”

Senate Majority Leader Mitch McConnell, speaking in Frankfort, Kentucky, last week said it was appropriate to coordinate with the White House ahead of a likely Senate impeachment trial of President Trump.