President Trump repeated several inaccurate statements at tonight's rally in Pennsylvania, including his most-repeated claims about the Veterans Choice Program and the Democrats' position on immigration reform.

Trump slid in a false claim about Veterans Choice Program. "Look what we did for our vets with choice," he said.

Trump said under his administration median household income went up $5,000 in less than three years, "and then when when you add energy savings and you add tax savings, you have almost a $10,000 gain in three years."

When talking about former 2020 candidate Beto O’Rourke, Trump claimed that O’Rourke wanted to “get rid of religion — the Bible.”

Trump said "Mexico is now giving us 27,000 soldiers on our border."

Trump claimed that Democrats “are now the party…of open borders.”

Trump claimed, “we haven’t taken in money from China, ever. And it’s coming in now by the billions."

President Trump said the impeachment he now faces from the House is "impeachment-lite" and argued he faces "two flimsy, pathetic, ridiculous articles of impeachment."

Trump mocked the articles of impeachment Democrats unveiled earlier today, arguing "these two things, they're not even a crime."

"Everyone said this is impeachment-lite. This is the lightest impeachment in the history of our country, by far. It’s not even like an impeachment," Trump said.

He argued that by not including articles of impeachment on "collusion" or "obstruction of justice," the Democrats are "admitting" that neither of those occurred.

"They're impeaching me and there are no crimes. This has to be a first in history," Trump said.

President Trump made a series of claims at tonight's rally about energy production in the US.

Trump told his usual semi-comedic story about how, if "windmills" are used for energy as he said Democrats want, people's televisions will go out if the wind is not presently blowing: "Darling, I want to watch television tonight and there's no damn wind."

During the rally, Trump claimed that the US is “now number one in the world” in energy.

Following Trump's claim about energy production, he said "our air and our water are cleaner now than it's ever been."

Talking about his July 25th call with Ukrainian President Volodymyr Zelensky, Trump said "they didn't know we had it transcribed. Word for word transcribed. So beautiful."

President Trump kicked off his rally in Hershey, Pennsylvania, by commenting on his accomplishments.

He told the crowd "our polling has been going through the roof."

Facts First: “Through the roof” is a vague phrase, but there is no sign of Trump’s poll numbers significantly increasing as a result of Democrats’ impeachment inquiry or their investigation into his dealings with Ukraine.

The day he spoke here, he had a 41.7% approval rating and a 53.6% disapproval rating in FiveThirtyEight’s aggregate measure. CNN senior writer and analyst Harry Enten wrote about how recent polls don’t show evidence of a pro-Trump backlash. 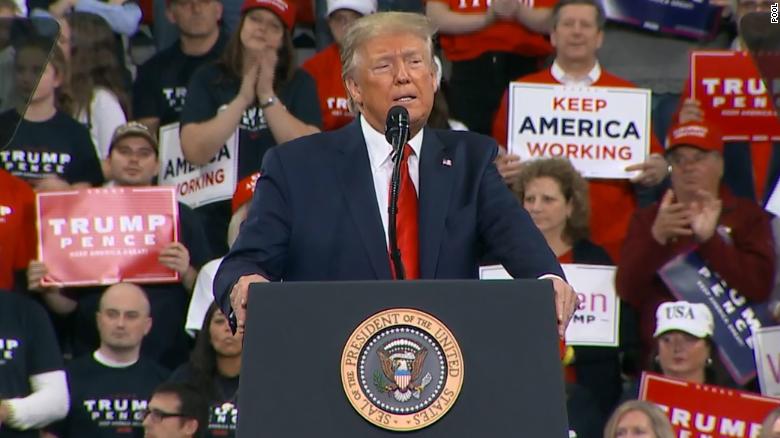 President Trump claimed tonight at his rally in Pennsylvania that Democrats announced the USMCA deal earlier today "because they're embarrassed by impeachment" and called it a "silver lining."

"The reason they announced it on the same day ... It’s a huge deal and it plays down the impeachment because they’re embarrassed by the impeachment," he claimed.

Trump noted that his administration has been "waiting a long time for Nancy Pelosi" to back the trade agreement.

He slammed the impeachment process and claimed that "our poll numbers have gone through the roof because of her stupid impeachment."

But Trump argued that USMCA was the "silver lining of impeachment."

"That’s the reason they approved USMCA and that’s OK with me," Trump said. "They approved it and they’re very happy to have it." 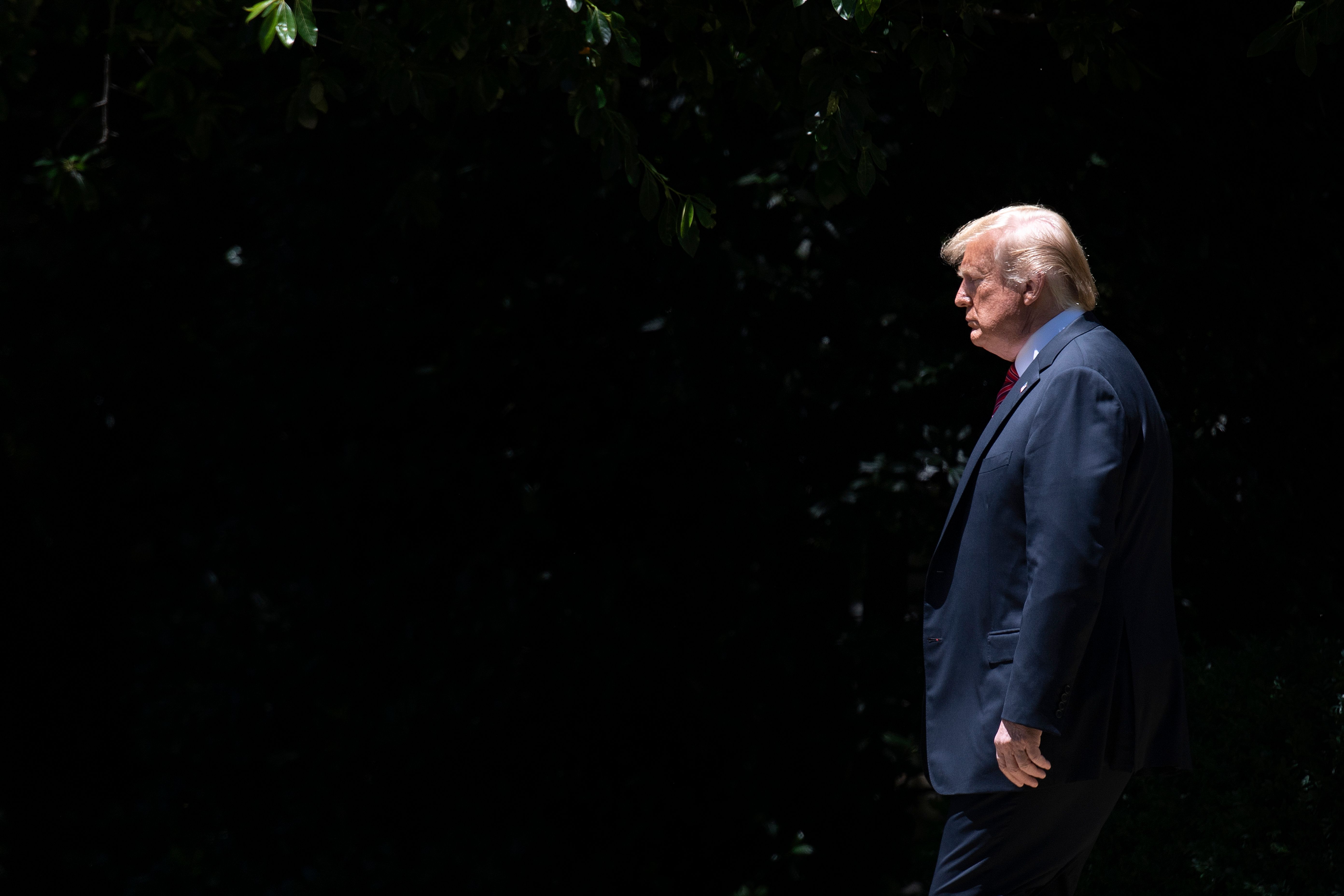 Responding to reports that some moderate Democrats are proposing a censure of President Trump as a compromise in the impeachment inquiry, a senior administration official dismissed the idea as “unacceptable.”

“Why would you censure the President when he hasn’t done anything wrong?” the official asked.

The official pointed to polling that the White House believes is indicative of support slipping for impeachment.

As for the next steps, the official repeated what press secretary Stephanie Grisham observed earlier in the day and said White House officials were surprised that Democrats only announced two articles of impeachment, saying the President’s legal team had expected more than that. It’s too early to forecast what a trial would look like, the official added, saying the question of Trump’s participation has not been resolved.

The official who spotted Trump before leaving for his rally in Pennsylvania said the President did not seem distracted by the inquiry and was preparing for tonight’s speech. 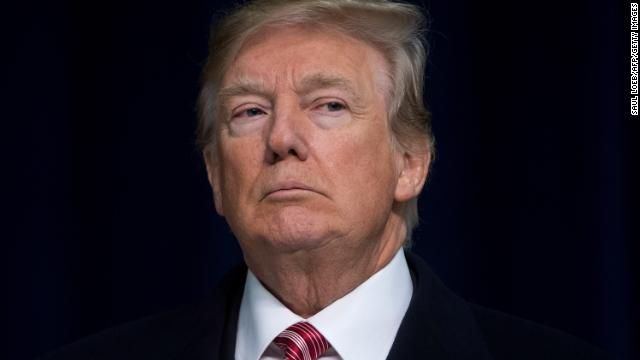 President Trump asserted that Democrats announced they reached a deal on USMCA today to “muffle down” the House’s introduction of articles of impeachment.

“They wanted to muffle down the impeachment because they were embarrassed by it and they couldn’t get the votes,” Trump said on the south lawn of the White House ahead of his departure to a campaign event in Pennsylvania.

“It’s a witch hunt. It’s a terrible thing. But even the Democrats, they couldn’t find very much, because they put up two articles that frankly are very weak and they’re very weak,” he said.

Trump also asserted that the “favor” he mentioned on his call with the Ukrainian president was in relation to doing the US a favor, not him.