It's a roughly 300-page report, and we're still going through it, but here are some of the key takeaways so far:

Here's the schedule for the hearing, which starts at 10 a.m. ET:

The Trump campaign has dug up research on the academic witnesses testifying tomorrow before the House Judiciary Committee – including some of their past statements and past political contributions.

The campaign plans to blast some of this out later today, and will also have past statements, tweets and other information about the witnesses ready to weaponize during the hearing tomorrow, per two campaign aides.

It’s part of what will be an effort from Trump allies to discredit the professors testifying tomorrow.

Here’s a taste of what the campaign will be sending out soon: 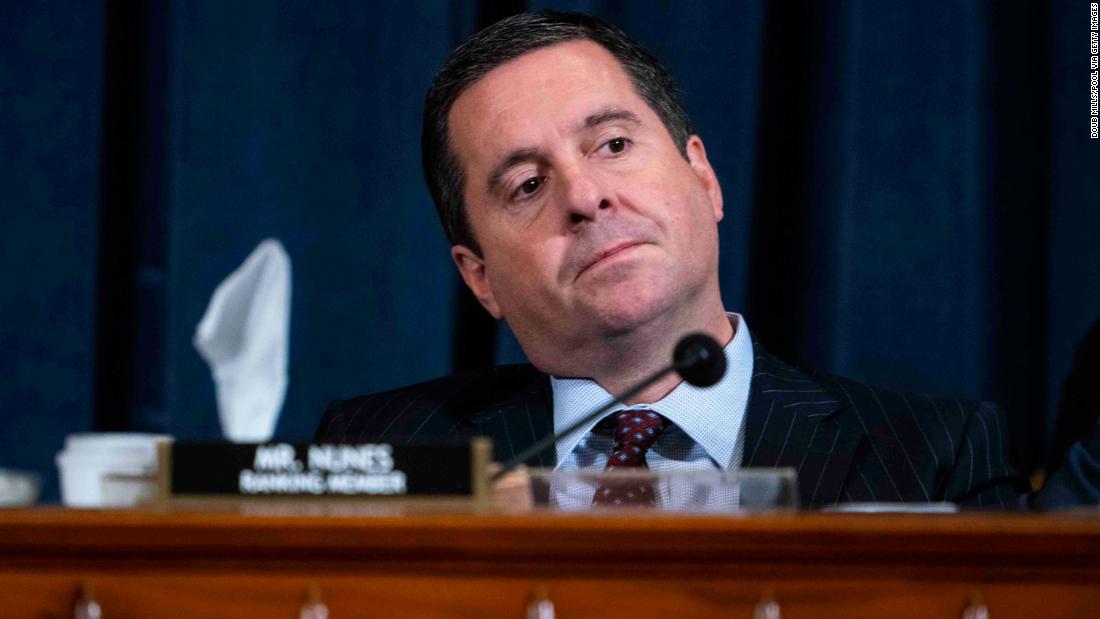 CNN tried to ask Rep. Devin Nunes about being named in the report.

More context: Call logs in the just-released report link Nunes, the ranking member on the House Intelligence Committee, to an effort of coordinating with a conservative journalist to peddle "false narratives" about President Trump's opponents.

President Trump was briefed before the release of the Democratic House Intelligence Committee's report on what was expected, but the President has not yet received a detailed readout of the document now that it has been released, a senior administration official said.

White House aides in Washington are combing through the 300-page report and will provide feedback to the President at some point, the official said. The source added that the President's team in Washington — which includes the counsel's office, the chief of staff's office and the President's allies — are very engaged with developments the impeachment process this week and will continue to brief Trump while he's traveling in London this week for the NATO summit.

The official reiterated that it is doubtful Trump will watch the House Judiciary Committee's hearing tomorrow because it will conflict with the President’s schedule.

The official also denied there are any renewed concerns about acting chief of staff Mick Mulvaney in light of the Democratic report, which made reference to his quid pro quo comments at the White House podium.

The Democratic report cites a series of public comments from Trump's lawyer Rudy Giuliani, including television interviews, comments to reporters and Twitter posts.

Democrats used all of these comments to hammer Giuliani for “putting pressure on Ukraine to open investigations that would benefit his 2020 reelection campaign.”

They also used the comments to accuse Giuliani of working for President Trump’s personal interests, not in the interests of the United States. Over the past few months, as the investigation has intensified, Giuliani has maintained that he did everything solely for the benefit of his client, Trump.

Here are some of the Giuliani quotes that appear in the report:

The House Intelligence Committee report explicitly states that President Trump’s “scheme” was carried out “with the knowledge and approval” of several top administration officials, including Secretary of State Mike Pompeo.

This directly implicates the top US diplomat in efforts that “subverted US foreign policy toward Ukraine and undermined our national security.”

The report notes that Ambassador Gordon Sondland testified Pompeo was among those top officials who were “in the loop” regarding efforts to leverage a White House meeting and military aid to get Ukrainian President Volodymyr Zelensky to announce two political investigations: One into the Bidens, Burisma and another into the debunked conspiracy that Ukraine interfered in the 2016 election.

Specifically, the report notes that Pompeo was fully aware of Sondland’s efforts to “break the logjam” regarding military aid to Ukraine, indicating he was fully aware that the money was conditioned on Zelensky announcing his intent to move forward with these investigations.

The report states that Pompeo not only refused to issue a public statement of support for former US Ambassador to Ukraine Marie Yovanovitch amid a smear campaign against her, but was also in contact with President Trump's personal attorney Rudy Giuliani at that time.

The report also highlights the fact that Pompeo refused to turn over any State Department documents related to Trump and Giuliani’s dealings with Ukraine. Those documents include a March 27 email, obtained via FOIA lawsuit, indicating Trump’s personal secretary facilitated a phone call between Pompeo and Giuliani.

“To date, Secretary Pompeo has not produced a single document sought by the Committees and has not indicated any intent to do so going forward. In addition, the Department has ordered its employees not to produce documents in their personal possession,” it states. 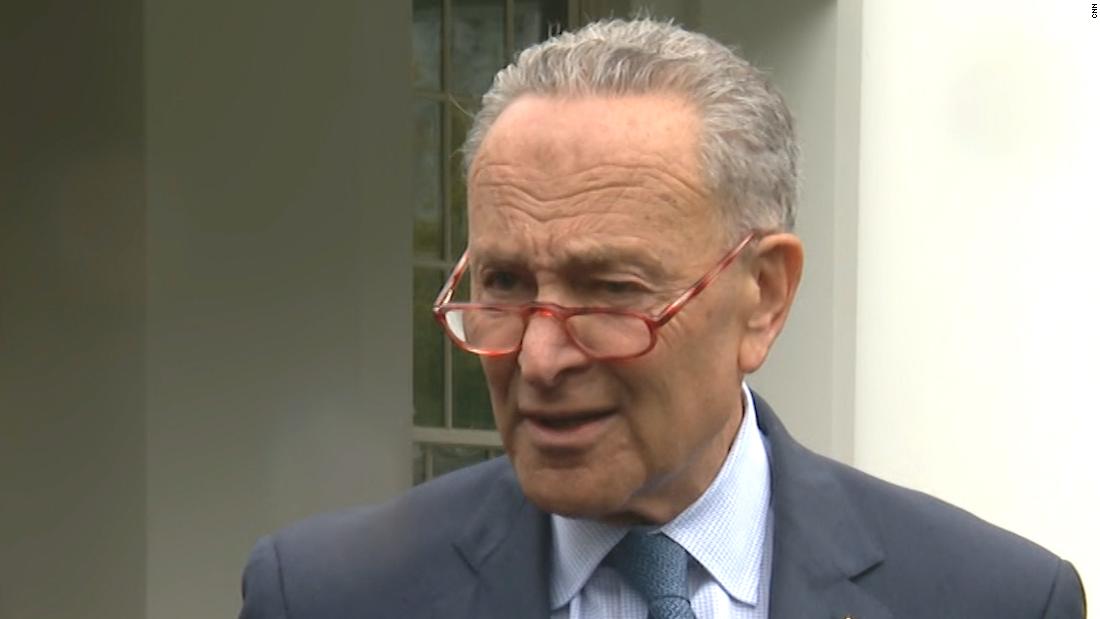 Senate Minority Leader Chuck Schumer said he has not yet had discussions with Majority Leader Mitch McConnell about a possible Senate impeachment trial.

"The best way to do something as important and almost as hallowed a procedure as this is in a bipartisan way," he said today. "So I hope that Leader McConnell will make every effort to come up with a bipartisan solution working with me. I'm certainly willing to work with him."

Schumer also said he hopes the Senate procedure will be a “full” and “open procedure,” not something “that’s unduly truncated.”

House Democrats have aimed to hold a vote to impeach President Trump by Christmas. If the House votes to impeach the President, the case then moves to the Senate, which will hold a trial, after which senators would vote on removing Trump from office.

House Democrats invoked FBI Director Christopher Wray to criticize Rudy Giuliani’s actions with Ukraine. They pointed out how Wray said the FBI was concerned about Americans contacting foreign actors who were trying to influence US politics.

“My view is that, if any public official or member of any campaign is contacted by any nation-state or anybody acting on behalf of a nation-state about influencing or interfering with our election, then that is something that the FBI would want to know about,” Wray told a Senate subcommittee in public testimony on May 7.

Regardless of Wray’s public warning, Giuliani pushed ahead with his off-the-books effort to get Ukraine to announce investigations into Trump’s political rivals, including former Vice President Joe Biden. The result of these announcements would have given Trump’s campaign a boost, and would have helped Trump undercut the findings of the Mueller probe.