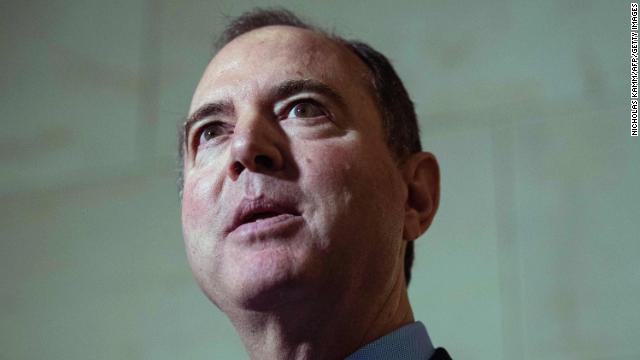 He also reiterated tonight that it will be up to the witnesses who defied the committee's demands to change course if they want to testify in impeachment inquiry.

“The witnesses who have defied Congress at the behest of the President will have to decide whether their duty is to the country, or to a President who believes that he is above the law.”

Schiff's statement comes after a federal judge ruled today that McGahn must testify to the House of Representatives in its impeachment probe.

The Justice Department plans to appeal the ruling in the McGahn case, a department spokesperson said. An attorney for McGahn said the former White House counsel would testify, unless the case is paused for appeals. 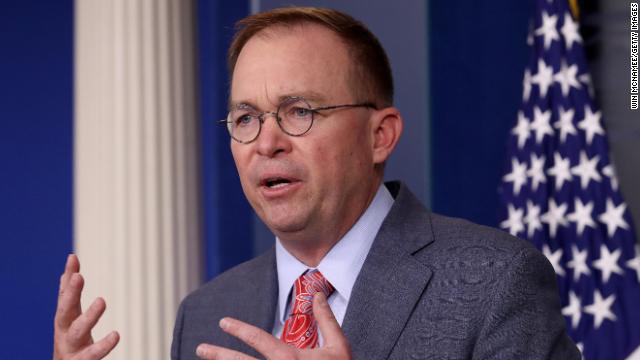 Why this matters: A federal judge ruled that McGahn must testify to the House of Representatives in its impeachment probe.

Earlier this month, Mulvaney didn't show up for his subpoenaed testimony in the House.

Mulvaney had attempted to ask the court for help as a way hold off being held in contempt, according to his legal arguments over the past four days. He had claimed that he could not choose between complying with the House subpoena he received and the White House's instruction that he is immune from testifying. 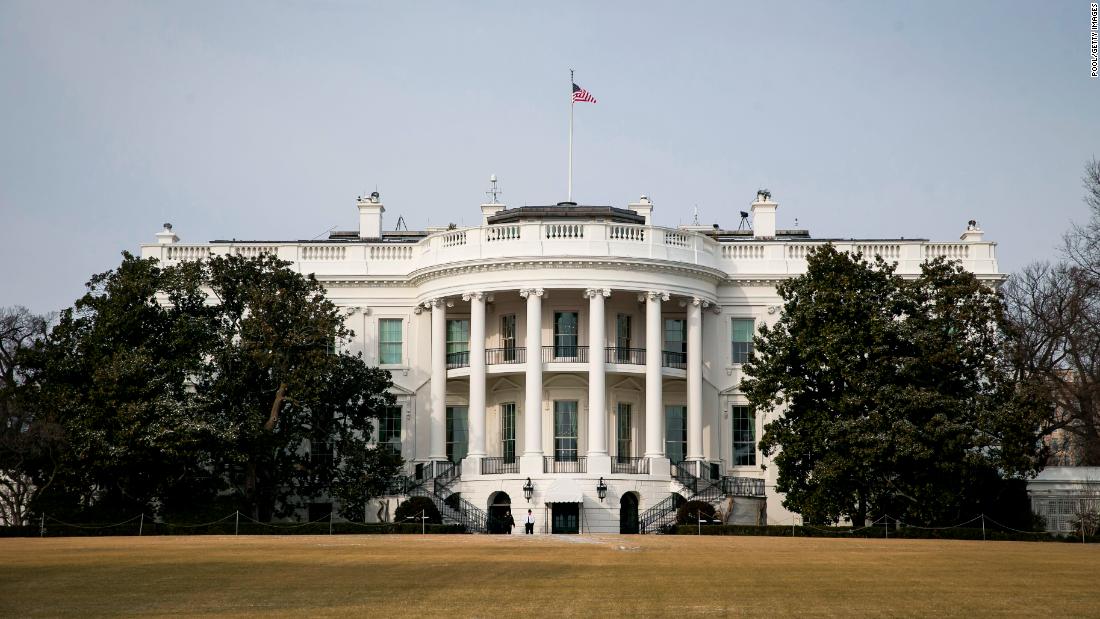 Judge Ketanji Brown Jackson ruled that McGahn must testify to the House of Representatives in its impeachment probe.

"This decision contradicts longstanding legal precedent established by Administrations of both political parties. We will appeal and are confident that the important constitutional principle advanced by the Administration will be vindicated," Grisham said.

“Stated simply, the primary takeaway from the past 250 years of recorded American history is that Presidents are not kings," she wrote.

The judge also had harsh language about the government’s position on absolute immunity in court.

“Finally, the Court turns to DOJ’s contention that, quite apart from the accepted ability of a President to invoke executive privilege to protect confidential information during the course of aides’ testimony before Congress, as a matter of law, it is the President who controls whether such aide provides any testimony whatsoever … During the motions hearing, DOJ’s counsel repeatedly emphasized that the power to invoke absolute testimonial immunity with respect to current and former senior-level aides belongs to the President ... And when asked whether this power of the Executive is limited to such aides’ communications with Congress in particular, or also extends to preventing his aides from speaking to anyone else (e.g., the media) even after their departure from the White House, counsel indicated that while the Executive branch has “not taken a position on that,” it was “definitely not disclaiming that.”

She continued: "This single exchange — which brings to mind an Executive with the power to oversee and direct certain subordinates’ communications for the remainder of their natural life — highlights the startling and untenable implications of DOJ’s absolute testimonial immunity argument, and also amply demonstrates its incompatibility with our constitutional scheme.”

An attorney for former White House counsel Don McGahn says his client will comply with a federal judge's ruling today "unless it is stayed pending appeal."

“Don McGahn will comply with Judge Jackson’s decision unless it is stayed pending appeal. The DOJ is handling this case, so you will need to ask them whether they intend to seek a stay," McGahn's attorney William Burck said.

About the judge's ruling: Judge Ketanji Brown Jackson ruled that McGahn must show up to testify to the House, but can refuse to answer questions because of executive privilege.

The House will not get President Trump’s financial records for now the Supreme Court said on Monday, dealing a win to the President who is fighting on several fronts to shield the records from disclosure.

In a brief order, the Supreme Court granted the President’s emergency request to block a subpoena from House Democrats to his long time accounting firm from moving forward. The justices set up an expedited briefing schedule to hear arguments from both sides on whether the court should agree to hear Trump’s appeal this term.

The President must file his opening brief on or before Dec. 5.

The Justice Department will first ask the judge in the McGahn case to put a hold on her ruling.

What happened: A federal judge decided that McGahn must testify to the House of Representatives in its impeachment probe.

The ruling is a blow to Trump and White House efforts to block parts of the impeachment inquiry. It could encourage resistant witnesses from the administration to testify and could bolster any case House Democrats make to impeach the President for obstructing its proceedings or obstructing justice. 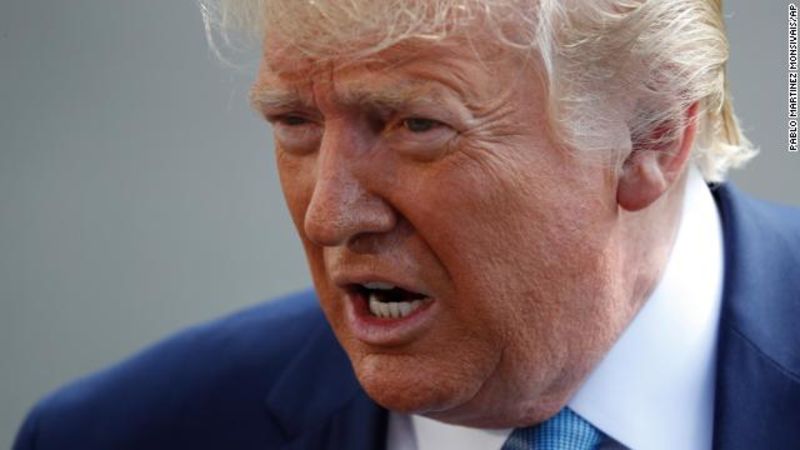 Judge Ketanji Brown Jackson noted in her opinion regarding former White House counsel Don McGahn today that even the President himself may not be immune from testimony.

Jackson said that this was the finding by another judge during the George W. Bush administration, when then-White House counsel Harriet Miers was in court over a congressional subpoena, and by the Supreme Court.

"Even with respect to the underlying contention that the President himself is entitled to absolute testimonial immunity, Miers found binding Supreme Court cases that compelled the opposite conclusion," Jackson wrote.

She continued: "Today, this Court adds that this conclusion is inescapable precisely because compulsory appearance by dint of a subpoena is a legal construct, not a political one, and per the Constitution, no one is above the law. That is to say, however busy or essential a presidential aide might be, and whatever their proximity to sensitive domestic and national-security projects, the President does not have the power to excuse him or her from taking an action that the law requires." 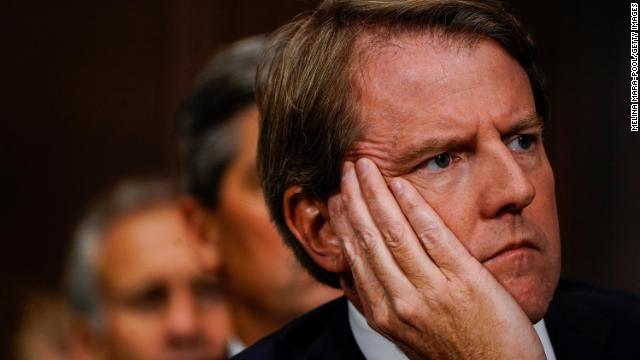 A federal judge ruled that former White House counsel Don McGahn must show up to testify to the House, but can refuse to answer questions because of executive privilege.

"Accordingly, just as with Harriet Miers before him, Donald McGahn 'must appear before the Committee to provide testimony, and invoke executive privilege where appropriate,'" Judge Ketanji Brown Jackson wrote.

She continued: "As a matter of law, senior-level current and former presidential aides, including White House Counsels, must appear before Congress if compelled by legislative process to do so. This means that such aides cannot defy a congressional subpoena on the basis of absolute testimonial immunity, even if the President for whom they work (or worked) demands that response."

The judge also ruled that absolute immunity" from compelled congressional testimony "simply does not exist."

“To make the point as plain as possible, it is clear to this Court for the reasons explained above that, with respect to senior-level presidential aides, absolute immunity from compelled congressional process simply does not exist," she wrote. "Indeed, absolute testimonial immunity for senior-level White House aides appears to be a fiction that has been fastidiously maintained over time through the force of sheer repetition in [Office of Legal Counsel] opinions, and through accommodations that have permitted its proponents to avoid having the proposition tested in the crucible of litigation.”

Separately, concerning executive privilege, the ruling stops short of saying White House officials must answer all questions they are asked before Congress. Instead, the ruling focuses on whether an official like McGahn must appear for testimony once subpoenaed.

"If a duly authorized committee of Congress issues a valid legislative subpoena to a current or former senior-level presidential aide, the law requires the aide to appear as directed, and assert executive privilege as appropriate," the judge wrote in the 120-page opinion today.