In a classified briefing this fall, US intelligence officials told senators and their aides that Russia has engaged in a years-long campaign to shift the blame away from Russia and onto Ukraine for interfering in the 2016 American presidential campaign, according to two US officials.

That briefing aligns closely with Thursday’s testimony from Fiona Hill, President Trump’s former top Russia expert. The message conveyed by US intelligence officials to lawmakers also takes on new relevance as many of those conspiracy theories have been increasingly repeated by Republican lawmakers.

Senators were told that the Russian disinformation operation focused on a handful of Ukrainians who openly criticized or sought to damage Trump’s candidacy — efforts that were significantly less organized than the multi-faceted election interference push ordered by Russian President Vladimir Putin, one US official said, confirming details first reported by the New York Times.

US intelligence officials also told lawmakers that Russia used intelligence operatives to spread now debunked conspiracies, along with established facts, to frame Ukraine for the interference in the 2016 campaign, the official said.

Russian intelligence officers conveyed that information to prominent Russians and Ukrainians, including oligarchs, to pass along to US political figures and some journalists who likely were unaware of where it came from, according to the same official.

The Office of the Director of National Intelligence, which primarily oversees efforts to counter foreign election interference, declined to comment.

"They’re asking Lindsey Graham, they have him under their thumb right now," Biden said. "They know he knows that if he comes out against Trump, he’s got a real tough road for re-election."

Graham, the chairman of the Senate Judiciary Committee, has been a vocal critic of the impeachment inquiry and recently asked the State Department for documents related to the Biden and his son Hunter's work in Ukraine. There is no evidence of wrongdoing by either of the Bidens.

Biden said that he is "disappointed" and "angered" by Graham's push to investigate him and his son.

"He knows me. He knows my son. He knows there is nothing to this. Trump is now essentially holding power over him that even Ukrainians would not yield to," Biden said.

Asked what he would say to Graham if he could, Biden replied, "I say Lindsey, I, just I’m just embarrassed by what you’re doing for you. I mean, my Lord."

Some background: Biden and Graham have historically had a friendly relationship, with Graham once calling Biden "the nicest person he's ever met."

President Trump is tweeting his gratitude to the two GOP leaders in the Senate and the House, respectively, as the House impeachment inquiry begins to wrap up and a potential trial is set to begin in the Senate.

More on this: This week, the House Intelligence Committee wrapped up public hearings in the impeachment inquiry. The intelligence committee and two other House panels are now working on a report that could be the basis of articles of impeachment. Democratic sources say the House could possibly vote to impeach President Trump by Christmas. If that vote passes, it would setup a possible impeachment trial in the Senate.

Here are the next steps for Democrats:

"And it’s very clear they are moving quickly," Mattingly said. "One thing is certain at this time: Impeachment is happening."

While "there could be some movement on court cases related to someone like John Bolton sometime in the first or second week of December," Mattingly said that "Democrats have made clear they are not waiting on the courts."

"They are moving forward, and that means likely before the end of the year, likely before Christmas, the House Democrats will vote to impeach President Trump," he said.

President Trump didn't answer questions on whether the whistleblower should be fired or whether he supported his lawyer Rudy Giuliani during an event today recognizing NCAA athletes.

CNN's Pamela Brown asked the President if the intelligence community whistleblower who filed the complaint at the center of the ongoing impeachment inquiry should be fired.

“What whistleblower?” Trump responded. “I don’t think there is (one). I consider it to be a fake whistleblower cause what he wrote didn’t correspond to what I said in any way.”

Earlier in the event, Trump also said it’s been a “tremendous week with the hoax.”

“You know, they call it the impeachment hoax and that’s really worked out incredibly well and we have tremendous support,” Trump said. “I don’t think I’ve ever seen support in the Republican Party like we do right now.”

The President also wouldn’t answer a question on whether he supported everything Giuliani did in Ukraine.

John Bolton, President Trump's former national security adviser, is back on Twitter today and just tweeted that he has "liberated" his account.

Bolton added that his account was "previously suppressed unfairly in the aftermath of my resignation as National Security Advisor."

He ended the tweet with a cryptic message: "More to come....."

Some more background: Earlier this month, Bolton's lawyer said the former adviser has "personal knowledge" of relevant meetings and conversations "that have not yet been discussed in testimonies thus far" as part of the impeachment inquiry into President Trump.

However, the lawyer added that Bolton is refusing to testify until a federal judge rules in an ongoing legal fight between House committees and the White House, according to his lawyer.

Rep. Brad Sherman said that the impeachment hearings are holding President Trump accountable — but also added that it wouldn't hurt for the Democrats to get more information in the ongoing impeachment inquiry.

"The question is, how many crimes would the President have committed beyond what he has done if he thought he was invincible?" the congressman asked on CNN's Newsroom with Poppy Harlow this morning. "It's a necessary protection that we do everything possible to restrain a president with clear criminal tendencies."

He went on to say the Democrats should not move slowly and wait for more evidence and people to testify but that “it wouldn’t hurt for us to get a bit more information.”

"The point I'm making is we shouldn't wait," Sherman said. "What we should do is move forward when we have the proof that he committed a particular high crime and misdemeanor. I think we have reached that point, but it wouldn't hurt for us to get a bit more information."

Some context: Despite speaking with 17 witnesses behind closed doors, including 12 witnesses in just a week of public testimony, Democrats have not obtained crucial documents or spoken with several key officials because the White House and State Department have refused to comply with subpoenas.

Yesterday, the House Intelligence Committee wrapped up its scheduled public hearings in the impeachment inquiry.

In total, 12 witnesses spoke publicly. Nine of those were this week.

Here are the key takeaways from each witness who testified in this packed week of hearings. 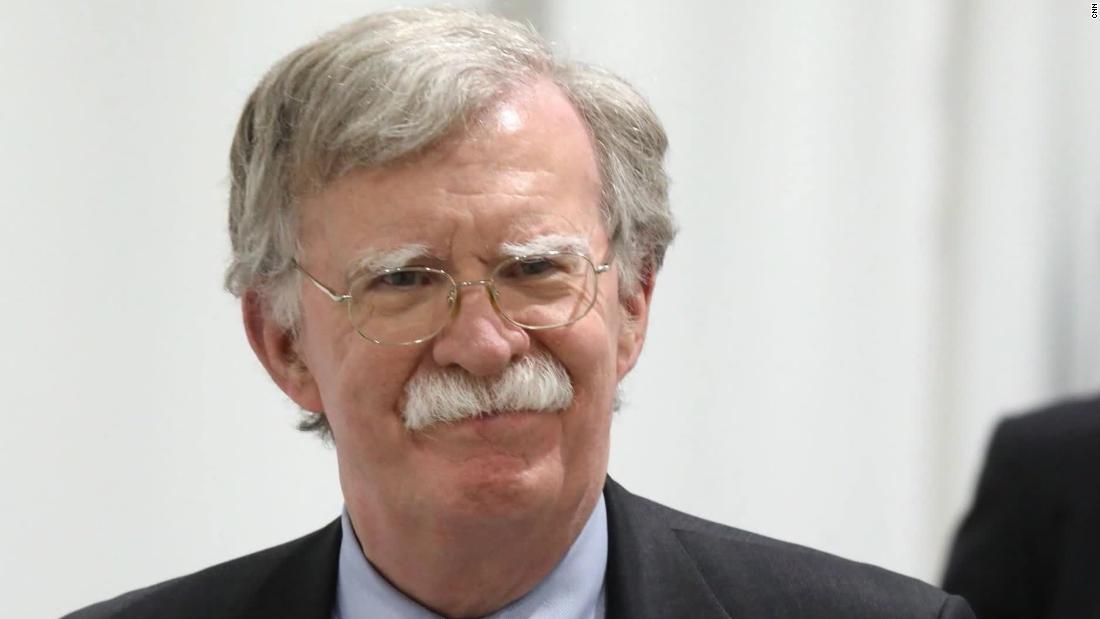 Here's his first tweet after more than two months:

Some background: Earlier this month, Bolton's lawyer said the former adviser has "personal knowledge" of relevant meetings and conversations "that have not yet been discussed in testimonies thus far" as part of the impeachment inquiry into President Trump.

However, the lawyer added that Bolton is refusing to testify until a federal judge rules in an ongoing legal fight between House committees and the White House, according to his lawyer.