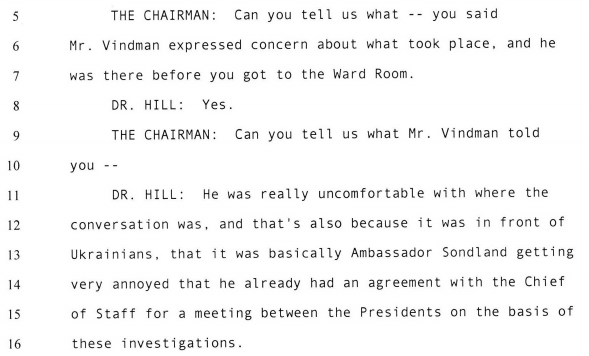 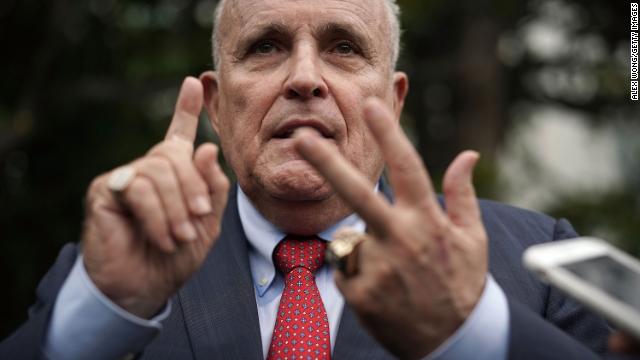 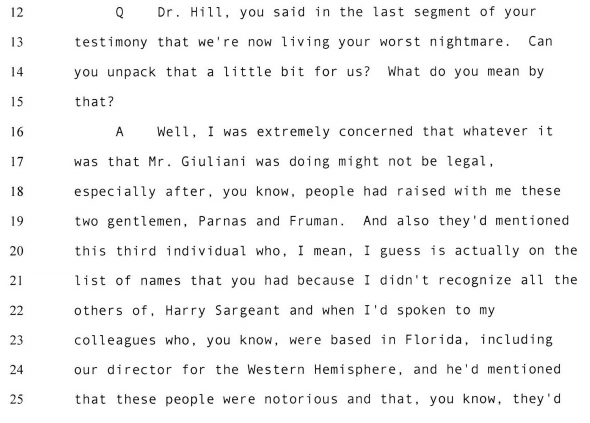 President Trump's former top Russia adviser, Fiona Hill, alleged it was inappropriate for the transcript of President Trump's July 25 call with Ukrainian President Volodymyr Zelensky to be put on a highly-classified system.

She said "that's not the appropriate place for these kinds of transcripts."

"The only circumstances in which that would be conceivable would be if it dealt with highly classified information," Hill told the committee.

Hill said when she was unaware of transcripts being moved to the classified system while she was at National Security Council.

Ranking Republican on the House Intelligence Committee, Rep. Mark Meadows, clashed with Rep. Eric Swalwell after Democrats accused Meadows of trying to expose the identity of the anonymous whistleblower during Lt. Col. Alexander Vindman's hearing, according to the transcript.

The tense exchange occurred after House Intelligence Committee Chairman Adam Schiff, interrupted a GOP lawyer who was asking Vindman to name individuals with whom he discussed the July 10 meeting.

“Excuse me, let me just state this for the record. The whistleblower has a statutory right to anonymity,” Schiff said.

Meadows then interjected, while Schiff was still speaking, calling for a “point of order.”

Swalwell then jumped in, addressing Meadows directly in defense of Schiff, saying: “Hey Mr. Meadows, he’s the chairman, he finishes.”

After a brief back and forth, during which Swalwell again repeated that Schiff is the chairman and “he finishes,” Meadows responded: “Shut up.” 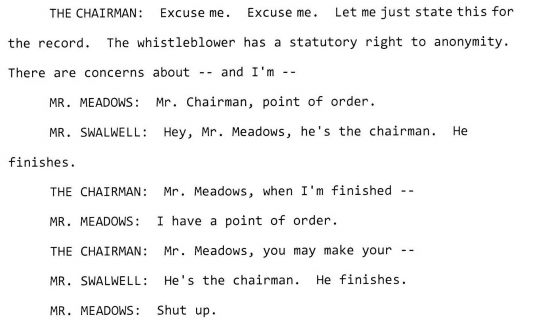 Lt. Col. Alexanader Vindman, the National Security Council's top Ukraine expert, downplayed the significance of his proposed edits that were not made to the rough transcript of the President’s July 25 call, which included adding a reference to Burisma and tapes of former Vice President Joe Biden that were not included in the transcript released by the White House.

Asked if the transcript was complete and “very accurate,” Vindman said it was. Vindman described the edits he proposed as “substantive,” but said he did not think there was any “malicious intent” or cover-up behind his proposed edits not being incorporated.

“I do not think there was malicious intent on anything of that nature to cover anything up,” Vindman said. “I don't know definitively, but I don't think that's the case. And I think, in general, the people I work with try to do the right thing.”

In addition to the two edits previously reported about Burisma and the Biden tapes, Vindman said that one of the ellipses in the transcript replaced President Trump saying of the Crowdstrike server: "They say you have it.” But Vindman he noted Trump also said in the next line: “They say Ukraine has it.”

Vindman explained that the ellipses sometimes — but not always — replaced words. “Like I said, in my notes, if it was a Ukrainian word on something that required some content and it was not in there, I'd replace it, but not every ellipses has something else with it,” he said.

Vindman told lawmakers that he reviewed the transcript of Trump’s July 25 call produced by the White House Situation Room, as is protocol at the NSC, and made “a couple of edits and suggestions.”

But while Vindman would typically see the final transcript of such calls after the review process is complete, he said he did not in the case of the July 25 conversation with Ukraine's president. 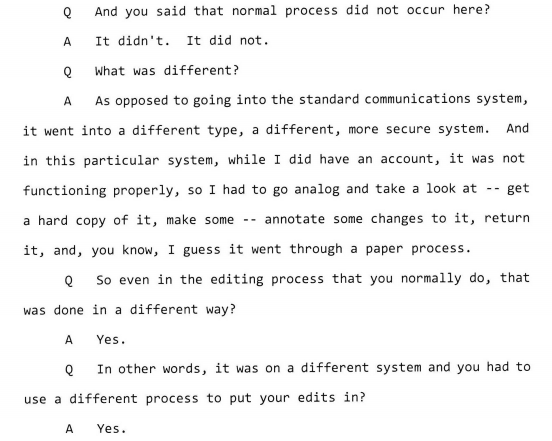 Fiona Hill, President Trump's former top Russia adviser, warned lawmakers that "we have permitted open season on our diplomats, and it could happen to anybody,” referring to the campaign against former US ambassador to Ukraine Marie Yovanovitch and conspiracy theories about herself.

"It doesn't matter whether they're a noncareer official. It happened, rather disturbingly to me, to rather a lot of women, but it can happen to any political person as well. Any one of us here could be subject to this kind of claims and these kinds of attacks, any single person who gets crosswise with any of these individuals or any of these countries, if they think that any of us are in the way,” she said.

She later added, "If nothing else, we should all agree that what happened to Ambassador Yovanovitch is unacceptable, and we should not be letting this happen to our public servants across the board because it could happen to congressional staff. It could happen to absolutely everybody.”

Former national security adviser John Bolton has significant insights into matters being probed by the impeachment investigators, his lawyer said in a letter to congressional leaders today.

But Bolton’s attorney said his client will not testify until a court resolves whether a subpoena to him must be adhered to.

In a letter, lawyer Charles Cooper said, “Ambassador Bolton, who was the National Security Advisor to the President, and who was personally involved in many of the events, meetings, and conversations about which you have already received testimony, as well as many relevant meetings and conversations that have not yet been discussed in the testimonies thus far.”

Fiona Hill, President Trump's former top Russia adviser, testified that in the July 10 meeting with the Ukrainian delegation, Energy Secretary Rick Perry “laid out all of these talking points” about working with Ukraine to tackle corruption in the energy sector.

Trump's former national security adviser John Bolton said this was encouraging and suggested they could start thinking about a meeting between Trump and President Trump Volodymyr Zelensky.

Bolton, Hill said, urged the Ukrainians to deal with the State Department and with Perry on that.

This is when, Hill testified, Gordon Sondland “did a redirect” of the conversation.

“And this is when Sondland, who is, you know, a fairly big guy, kind of leaned over across Ambassador Bolton,” she testified. “I mean, he was basically…countermanding what Ambassador Bolton had just said. In other words saying, I actually have, you know, some completely separate agreement about a meeting, you know, kind of you’re stonewalling kind of thing.”

Hill continued by saying Sondland looked irritated and told the Ukrainian delegation to go back to the Ward Room and talk about the next steps for the presidential meeting. She said Bolton was “pretty furious” about this, and that it was her impression that Sondland had previously talked to the Ukrainians about planning the presidential meeting — even though Bolton and others had been “recommending against having a meeting at this juncture.” 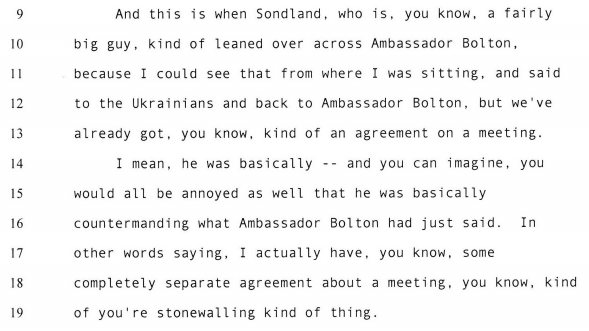