Sen. Lindsey Graham called the ongoing impeachment inquiry into President Trump "dangerous to the future of the presidency" during a press conference today on Capitol Hill.

Graham used a series of slides to compare the Trump impeachment inquiry to how the inquiry into President Clinton was conducted.

Graham called the Trump inquiry a "secret proceeding" and "a rogue action."

"The process in the house today is dangerous to the future of the presidency," Graham said. "God help future presidents."

Graham buttressed his claims with a series of tweets laying out the Graham-McConnell resolution which calls for the House to vote to initiate a formal impeachment inquiry.

Some context: Democrats plan on holding public hearings with some witnesses who have been deposed as part of their plan to provide some transparency to the inquiry.

Graham, who just returned from a meeting at the White House, was asked if he expressed concerns about their inability to message on impeachment.

“Yes I did. I met with Mick Mulvaney. He said, ‘Keep talking to us.' We’re getting there. Yes, the message has been received and they’re making corrective action but he actually mentioned that," Graham said.

Here's who was at the lunch:

The White House is urging all federal agencies to cancel their subscriptions to the New York Times and the Washington Post, White House Press Secretary Stephanie Grisham said today.

This follows President Trump's recent indication that the White House would "terminate" its existing subscriptions with the two newspapers, which have been the frequent target of the administration's criticism through Trump's candidacy and presidency.

"The New York Times, which is a fake newspaper -- we don't even want it in the White House anymore. We're going to probably terminate that and the Washington Post," Trump said on Fox News' "Hannity" Monday evening.

Grisham said in a statement that "not renewing subscriptions across all federal agencies will be a significant cost saving for taxpayers — hundreds of thousands of dollars."

Republican sources claim diplomat Bill Taylor's testimony was a game changer and is "reverberating" up on Capitol Hill.

And according to one GOP source, Taylor's testimony "points to quid pro quo."

More context: Taylor testified Tuesday that he had been told President Trump would withhold military aid to the country until it publicly declared investigations would be launched that could help his reelection chances — including into former Vice President Joe Biden, according to a copy of Taylor's opening statement obtained by CNN. 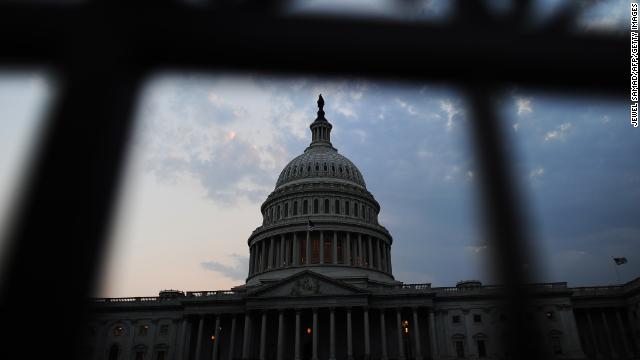 If the House goes to court to litigate the White House’s refusal to comply with subpoenas, how long would it take? Could the House go direct to the Supreme Court?

If the House impeaches and the Senate convicts the President, does he have any options to appeal or contest his removal?

Secretary of State Mike Pompeo brushed off a question about whether the impeachment inquiry had damaged his image and leadership at the State Department, suggesting it was “noise” and again accused Congress of unprofessional behavior.

“I don’t think about that stuff. I work hard. I do the right thing as best I can tell every day. I try to make sure my team is similarly focused,” Pompeo told The Wichita Eagle on Thursday. “You all talk about this noise an awful lot, that you all are fixated on this. The State Department you should know is not.”

Pompeo also said that the impeachment inquiry had not changed his consideration of a Senate run, saying he is still focused on his “mission set” at the State Department.

Pompeo refused to answer questions about whether he relayed Ukraine ambassador Bill Taylor’s concerns about the withholding of Ukraine military assistance to the President. Asked what he did with the cable Taylor testified he sent on Aug. 29, Pompeo said, “I’m not going to talk about [the] inquiry this morning.”

“So did you relay his concerns to the president?” Pompeo was asked.

“We understand their role. I was a member of Congress. I think it’s absolutely important that they perform their function in a way that is professional. I wish that they were doing that. Unfortunately, today, they are not,” Pompeo continued.

The US secretary of state, noting that they are “not allowed to have State Department officials in the hearing room,” claimed he gets “notes from people in Kansas all the time saying it’s not right, they think it’s unfair too.”

“I think the American people understand that. I hope that they’ll proceed in a way that is transparent and fair. And then the inquiry will wrap up,” he said.

Asked whether the State Department would comply with a Wednesday court order on turning over communications with Rudy Giuliani within 30 days, Pompeo claimed he hadn’t seen the ruling.

“I saw a headline. I haven’t seen the ruling. But I can assure the American people that their State Department always complies with everything we’re required to do under the law. There’s no reason to think we would do any different there,” he said.