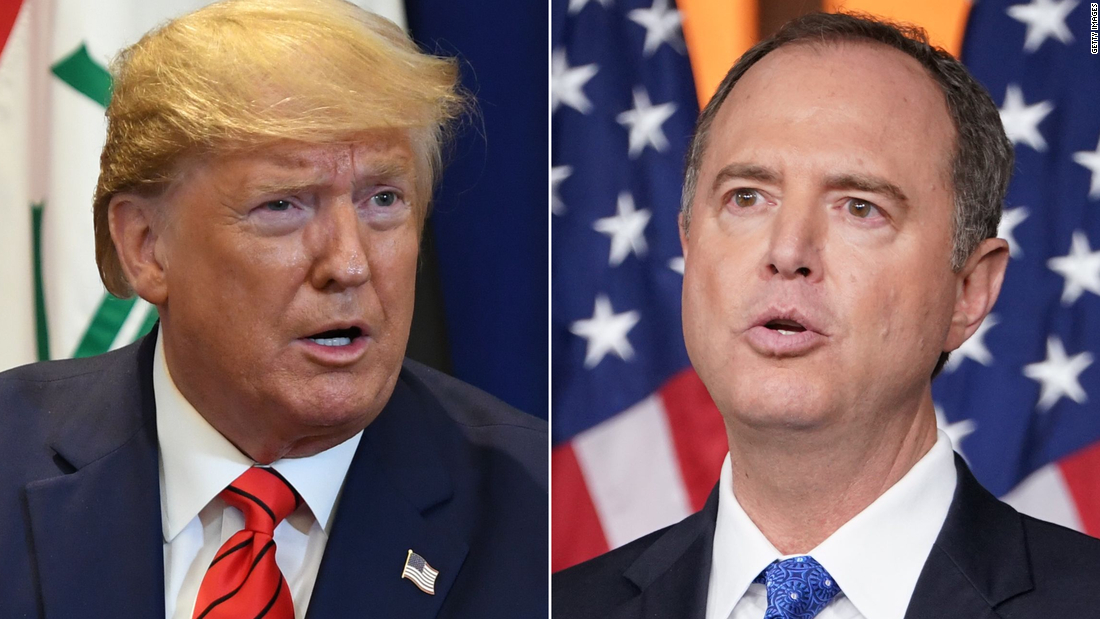 President Trump continues to rail against House Intelligence Chair Adam Schiff, calling on the House to censure the congressman.

What this is all about: The President has repeatedly slammed Schiff’s description of his call with the Ukrainian President.

We can't endorse Trump's claim that Schiff "lied," since Schiff introduced his comments at by saying he would be outlining "the essence of what the president communicates" — not providing "the exact transcribed version of the call." Still, Schiff's remarks did make it easy for viewers to get confused.

You can read CNN's full fact check of what Schiff said.

It's another busy week in the impeachment inquiry, with at least seven witnesses expected to testify before Congressional committees.

Here's a rundown of who we're expecting to testify: 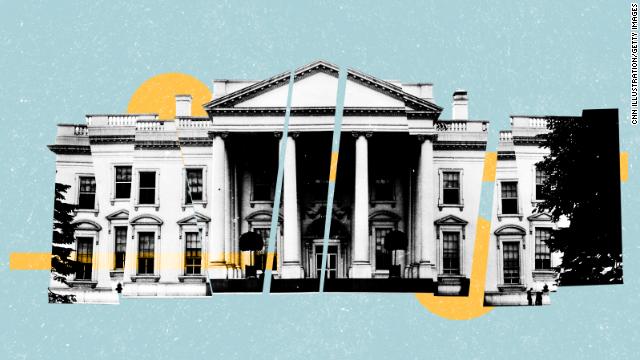 Impeachment: It's the word on everyone's mind right now.

But how much do you actually know about what goes into an impeachment process? Do you know all the players? All the rules?

It's another big week of testimony ahead in the ongoing impeachment probe with a parade of US officials headed up to Capitol Hill.

Expected on Tuesday is Bill Taylor, acting US ambassador to Ukraine.

Who's Bill Taylor? Taylor was thrust to the center of the inquiry when he raised questions of a quid pro quo in text exchanges with former Special Envoy for Ukraine Kurt Volker and ambassador to the European Union Gordon Sondland.

Learn more about who's testifying this week in the video below:

Donald Trump is under severe pressure after a disastrous run which saw his impeachment defense shredded by current and ex-officials and, most stunningly, by his own acting White House chief of staff.

He must also placate fellow Republicans on whom he will depend to save his presidency in any Senate trial, after triggering self-inflicted crises over Syria and the G7 summit that tested his party's tolerance for its volatile leader.

And the signs don't look great for an improvement for Trump in the week ahead, with a new battery of State Department officials expected to testify to three Democratic committees taking depositions in the impeachment inquiry about Trump's alleged abuse of power on Ukraine.

US officials expected to trek up to Capitol Hill this week include the top American diplomat in Ukraine Bill Taylor -- possibly as soon as Tuesday. The career foreign service officer was thrust into the public eye following the release of his text exchanges with former Special Envoy for Ukraine Kurt Volker and ambassador to the European Union Gordon Sondland.

In the exchanges, Taylor expressed concern about foreign policy moves being tied to political motives, writing that it was "crazy to withhold security assistance for help with a political campaign."

In another sign of the dangerous predicament facing President Donald Trump, his longtime ally Republican Sen. Lindsey Graham said in an interview that aired Sunday night that he could not rule out the possibility of impeachment if new evidence emerges.

In an interview on "Axios on HBO," Jonathan Swan asked the South Carolina senator: "Are you open minded if more to comes out that you could support impeachment?"

"Sure, I mean show me something that is a crime," Graham replied. "If you could show me that, you know, Trump actually was engaging in a quid pro quo outside the phone call, that would be very disturbing."

Swan was referencing Trump's request in a White House phone call to Ukraine's President for help investigating former Vice President Joe Biden and his son Hunter. There is no evidence of wrongdoing by either Biden.

Graham repeated his view -- voiced many times in the past few weeks -- that Trump's July phone call with Ukraine did not amount to an impeachable offense, saying according to Axios, "I've read the transcript of the Ukrainian phone call. That's not a quid pro quo to me."

Get the full story here

The DC Circuit has long been at the center of disputes over potential White House wrongdoing -- and President Donald Trump may come to understand that more than most.

Officially known as the US Court of Appeals for the District of Columbia Circuit -- and dubbed the country's "second highest court" -- it handles a distinctive caseload testing the power of federal regulators and the executive branch.

The court's portfolio included Watergate in the Nixon years, the Iran-Contra scandal of the Reagan administration and Independent Counsel Ken Starr's investigation of President Bill Clinton.

Now, it could help determine the fate of legal issues surrounding the House Democrats' impeachment inquiry and Trump's desire to withhold personal information and limit his allies from cooperating with investigators.