Our live coverage on the impeachment probe has moved. Follow the latest updates here.

Mayor Pete Buttigieg has pinned much of the responsibility for President Trump's political future on Senate Republicans during an appearance at the New Yorker Festival in New York today.

Buttigieg, who is the mayor of South Bend, Indiana, and also running for president, made the comments in response to a question from New Yorker editor David Remnick on whether Trump's “political goose is cooked."

President Trump's personal attorney Rudy Giuliani responded to a question from CNN regarding whether he's aware that he’s under investigation for a potential violation of foreign lobbying laws, according to the New York Times.

"No nothing but leaks which has to tell you whether they are or are not investigating it's a political attack, otherwise why leak it. If it's an appropriate law enforcement investigation you try to keep it secret so the subjects aren't alerted," Giuliani said.

Some background: Giuliani is facing an investigation by federal prosecutors into whether his involvement with Ukraine violated federal lobbying laws, The New York Times reported on Friday.

Citing two people familiar with the inquiry, the paper builds on CNN's previous reporting on Thursday that Giuliani's financial dealings with two associates indicted on campaign finance-related charges were under scrutiny by investigators overseeing the case.

Law enforcement officials briefed on the matter told CNN that the FBI and prosecutors in Manhattan are examining Giuliani's involvement in the broader flow of money that has become the focus of alleged violations that are at the center of the charges against Lev Parnas and Igor Fruman.

Parnas and Fruman, who were indicted Thursday, are accused of illegally pouring Russian cash into US campaigns last year. They also allegedly tried to leverage their newfound influence to benefit a legal marijuana enterprise.

With the indictment Thursday of associates of President Donald Trump's personal attorney, Rudy Giuliani, New York federal prosecutors are yet again behind a criminal case that threatens Trump's inner circle.

That has raised fears in law-enforcement circles that the head of the office, Manhattan US Attorney Geoffrey Berman, could be in the crosshairs of the President. But Justice Department officials say privately that they believe the high-profile nature of the case and the potential for political blowback if Berman were removed may help secure his position.

The case against the Giuliani associates—in which four men are charged with allegedly funneling foreign money into US elections—and its political implications, given that two of the men are central to the impeachment inquiry in the House, has put a spotlight on Berman.

More on Berman's background: Berman, who is overseeing the case, has led the office since January 2018, and his initial appointment was met with some public and private concerns among the office's prosecutors and others about his previous associations with Trump.

Berman had held a position on Trump's transition team, he was a law partner of Giuliani and Trump had personally interviewed him for the US attorney post, all of which worried members of the office who prize its reputation for independence, according to people familiar with the matter.

Berman and Giuliani never worked on a case together at their former firm, Greenberg Traurig, LLP, according to a person familiar with Berman's time at the firm, and had little involvement with one another.

President Trump took to Twitter this morning to defend his personal lawyer Rudy Giuliani, calling him a “great guy” who is “rough around the edges sometimes.”

Trump's defense follows reports from CNN regarding Giuliani’s financial ties to two indicted associates have come under scrutiny and, as the New York Times reports, Giuliani is under federal investigation for a potential violation of foreign lobbying laws.

On Friday, Trump was evasive when asked if Giuliani was still his attorney.

A person close to the legal team told CNN’s Pam Brown that while Giuliani is still the President’s lawyer, he is no longer working on issues related to Ukraine.

US President Donald Trump is making his feelings known on the impeachment inquiry against him.

Speaking in Louisiana, the President once again used the rally -- his second in two nights -- as a perch from which to fight back against the impeachment inquiry, which he called "unconstitutional."

Trump told the crowd that House Speaker Nancy Pelosi, who had announced the inquiry less than three weeks ago as the whistleblower's allegations were beginning to consume Washington, "hates the country."

"I used to think she loved the country. She hates the country," Trump said. "Nancy Pelosi hates the United States of America, because she wouldn't be doing this."

Five federal courts dealt blows to President Donald Trump on Friday just as the limits of his legal strategy to block an impeachment inquiry became clear.

It amounted to a challenging end of a challenging week for Trump, who remains consumed by an impeachment crisis that is clouding his presidency.

Within moments of each other, a career diplomat began painting a damning portrait of the President's foreign policy to lawmakers just as Trump lost his appeal in a federal appeals court to stop a House subpoena of his tax documents, which he's guarded fiercely since refusing to make them public as a candidate.

Then, in rapid succession, judges in New York, Texas, Washington state and California sided against Trump administration initiatives meant to limit immigrants from entering the country -- both through a physical barrier and by raising the requirements on migrants seeking legal status.

Friday night, the man in charge of executing much of Trump's immigration agenda, acting Homeland Security Secretary Kevin McAleenan, submitted his resignation to the President as the legal setbacks mounted. Long in the works, and by all accounts unrelated to the court decisions or the impeachment crisis, the move nonetheless fueled a sense of an administration in flux. McAleenan was the fourth person to serve in that post since the Trump presidency began.

All of the court cases will be appealed. But the rulings added to the sense of Trump's worsening legal fortunes, and Democratic investigations into his finances and foreign activity seemed to gain steam.

Read more about it here 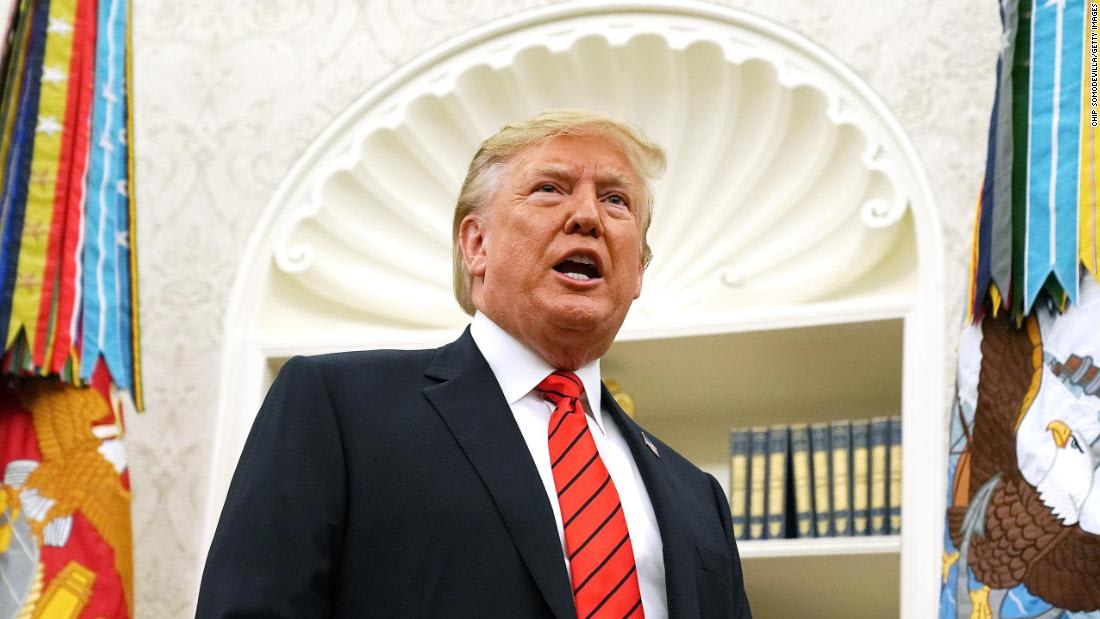 A letter signed by 27 former foreign service and high-ranking national security officials has called on Secretary of State Mike Pompeo to defend and support the former US ambassador to Ukraine, Marie Yovanovitch.

Dated October 1, the letter is meant to express support for the ambassador and says "her performance and leadership have been exemplary."

The letter goes on to say, "We are particularly concerned by President Trump's reported statement that 'she's going to go through some things.' Such language could be interpreted as a threat of some kind."

The letter writers ask that that "such language and the broader attack on Ambassador Yovanovitch should be condemned unequivocally" by Pompeo. 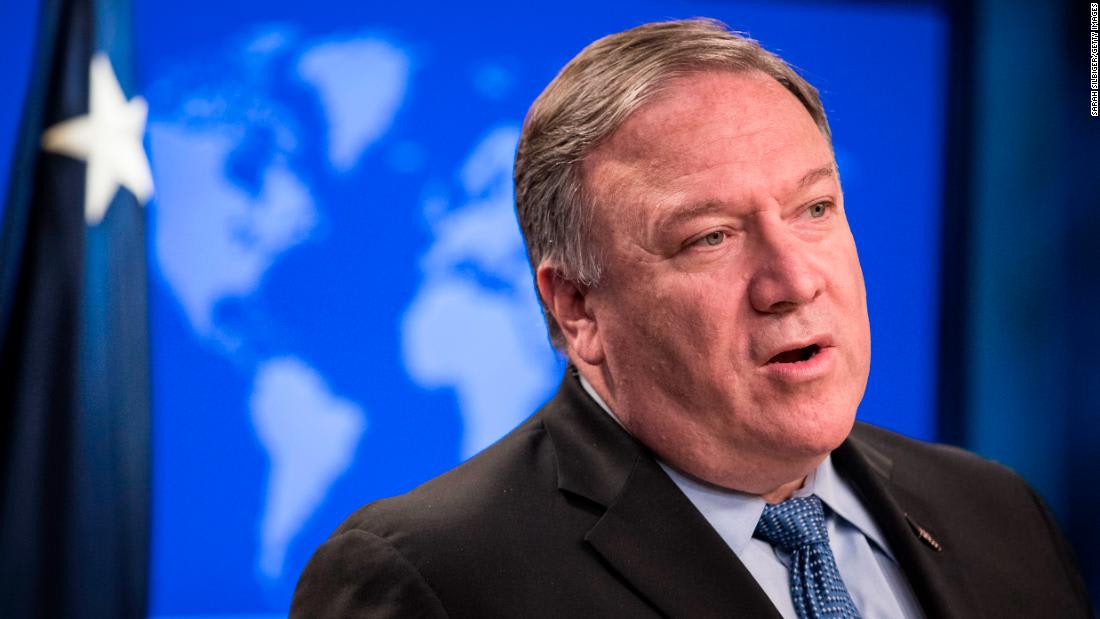