A source tells CNN this morning that one of the reasons Michael McKinley — a senior advisor to Secretary of State Mike Pompeo — resigned was out of concern over the silence in the top ranks at the State Department, who were not defending ousted US ambassador to Ukraine, Marie Yovanovitch.

The source said McKinley had been considering resigning for a few weeks.

Last night, The Washington Post reported McKinley’s departure, citing a person familiar with the situation, saying, “Like many others, [McKinley] was disappointed in the secretary’s lack of public support for diplomats who have been named in the Ukraine controversy.”

Yovanovitch is scheduled to testify today in the impeachment inquiry. The State Department has not replied to repeated inquiries across multiple days including this morning as to whether Yovanovitch will be allowed to testify.

The State Department has also not replied to repeated inquiries about Ambassador to the European Union Gordon Sondland’s subpoena.

EU Ambassador Gordon Sondland intends to testify in front of the House under subpoena next week, according to a person familiar.

As of this morning, he hasn’t received guidance from the State Department on whether he should appear under subpoena, the person said.

His planned voluntary appearance on the Hill set for earlier this week was derailed that morning when the State Department blocked him from testifying.

Rudy Giuliani is supposed to be extricating Donald Trump from his career-threatening mess over Ukraine, but now his own foreign freelancing seems to have seriously undercut the President's core impeachment defense.

Corruption indictments filed Thursday against two Giuliani fixers who investigated Joe Biden do not just introduce the first criminal jeopardy into the cast of characters in the wider Ukraine intrigue. They also present a new moment of political peril for Trump, and raise new questions about the ethics and credibility of the company that he keeps.

A new scandal engulfing the President's outer orbit involving two men who are key to the Democratic investigation is the last thing the White House needed as polls show that public support for his impeachment and removal is growing.

But Thursday's indictments also threaten to undermine the core argument that Trump and his closest aides, from Vice President Mike Pence to Secretary of State Mike Pompeo, have employed, given that the publicly available evidence of Trump's dealings with Ukraine seems so damning.

What does it mean? It may put Giuliani's spot in Trump's inner circle in doubt and there may also be fears inside the White House that other activity by Giuliani that hasn't yet reported could emerge and become an even greater political liability for Trump -- even if the President is not directly involved.

There is also the risk that this episode will spur new Democratic investigations into Giuliani that could uncover new scandals about his behavior and cooperation with Trump.

"It really tightens the noose of scrutiny on Giuliani ... you just don't know where it is going to go with these folks," said Shan Wu, a former federal prosecutor who is now a CNN legal analyst, referring to Lev Parnas and Igor Fruman. "They are likely to become cooperating witnesses. If they become cooperating witnesses, they could yield very valuable information about Giuliani as well as what impetus they had or direction from Trump himself." 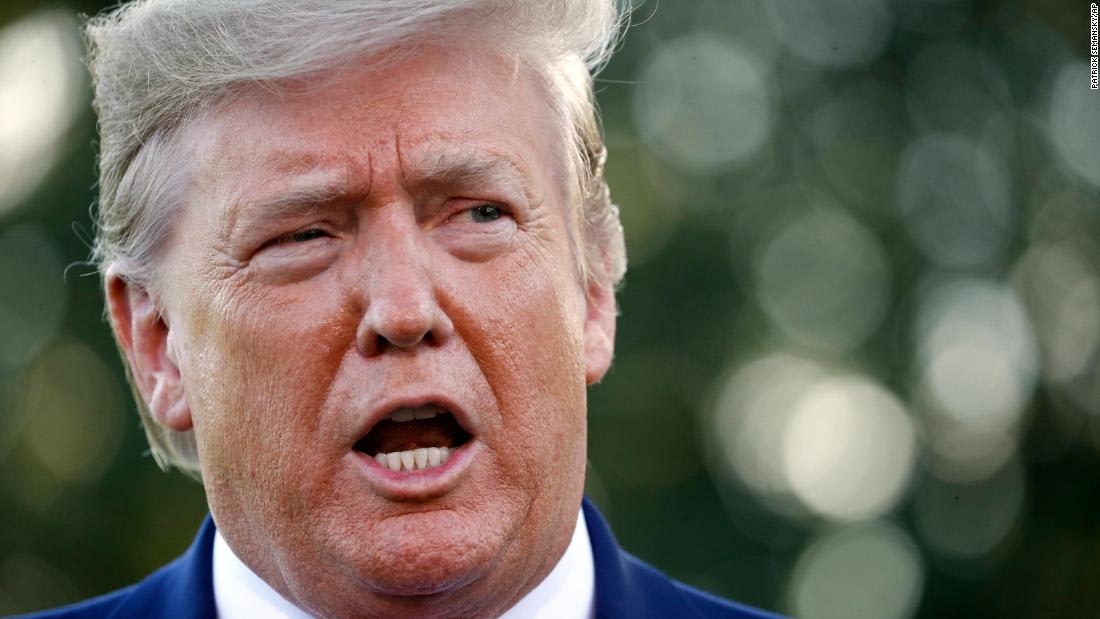 Giuliani's intrigue comes back to haunt Trump after arrest of associates

US President Donald Trump used his rally in Minneapolis Thursday night to hit some of his favorite campaign trail targets -- railing against Democrats, reasserting his support for law enforcement and criticizing immigration policies.

He also responded to the latest news in the impeachment inquiry, taking aim at the Bidens and insisting that he has done nothing wrong. It was his first campaign rally since House Speaker Nancy Pelosi announced the probe.

This is nothing but a partisan witch hunt, sabotage."

Democrats, Trump said, "know they can't win the 2020 election so they're pursuing the insane impeachment witch hunt. I've been going through it now for more times than I've been in office."

President Donald Trump's personal attorney Rudy Giuliani was -- once again -- at the center of the political storm swirling around the impeachment inquiry on Thursday. Here's the latest.

Bombshell: Two of Giuliani's Ukraine contacts were arrested on charges of violating campaign finance laws. Now the feds are looking at Giuliani's financial dealings with the men, Lev Parnas and Igor Fruman.

What did they do?

Trump's response: Trump told reporters he had no knowledge of the situation and hadn't spoken to Giuliani about it. "I don't know them," he said -- despite there being pictures of them with the President all over social media.

Coming Friday: Yovanovitch is scheduled to testify before House investigators. The key question now is whether the State Department and the White House will let her. Her prominence in the indictment against Giuliani's Ukraine middlemen makes her possible testimony that much more interesting.

House Democrats have requested a deposition from Bill Taylor, the top US diplomat in Ukraine, multiple sources familiar with the issue told CNN.

However his interview has not yet been formally scheduled, the source said.

The request is expected to be met with opposition from the White House and State Department, and could present a quandary for Taylor, according to former State Department officials who know him.

Those officials suggested that if Taylor was made to choose between staying on to guide US policy as charge d'affaires in Kiev -- a post he came out of retirement to take -- or resigning to be able to testify, he would choose the former.

What's his role in all this? Taylor was thrust into the public eye following the release of his text exchanges with Kurt Volker, former special envoy for Ukraine, and Gordon Sondland, Trump's appointee for US ambassador to the European Union,

In the texts, Taylor repeatedly questioned the decision to stall hundreds of millions of dollars in military aid to Ukraine as a potential quid pro quo, calling it "crazy."

Fiona Hill, Trump's former top Russia adviser, is set to testify before Congress next week -- and will explain that she unaware of some aspects of the Ukraine scandal, according to a source close to Hill who spoke with her Thursday.

Who is she? Hill officially departed the Trump administration in August. She had internally handed over most of her responsibilities in mid-July, but was involved as Rudy Giuliani was making public pronouncements about Ukraine.

What might she say? Democrats have had trouble scheduling witness interviews and subpoenaed Hill. But since she left the administration, she presumably would be freer to speak to the committees than current administration officials and State Department employees.

When is she speaking? She is expected to be interviewed behind closed doors Monday, according to a source familiar with the matter.

Hill has been keeping a low profile in England with her mother in recent weeks. CNN has reached out to her attorney.

Former Ambassador Marie "Masha" Yovanovitch has increasingly found herself in the spotlight as new developments in the Ukraine controversy comes to light.

The former top US diplomat in Ukraine, who was unexpectedly removed from her post in Kiev in May, may finally get to share her side of events on Friday at a scheduled deposition before House committees.

Here's why: Two associates of Rudy Giuliani, Trump's personal lawyer, were arrested for federal campaign finance violations. The two are also reported to have been involved in helping Giuliani try to find damaging information on former Vice President Joe Biden in Ukraine. They allegedly played a role in pushing Yovanovitch's ouster while she was still US ambassador to Ukraine.

Her removal: Trump personally ordered Yovanovitch's removal, according to the Wall Street Journal. She was accused of trying to undermine the President and blocking efforts to investigate Democrats like Biden.

What's Trump saying now? Trump signaled that he may not let Yovanovitch testify on Capitol Hill on Friday, continuing the White House’s efforts to force a House vote on impeachment.

You can read more about Yovanovitch here