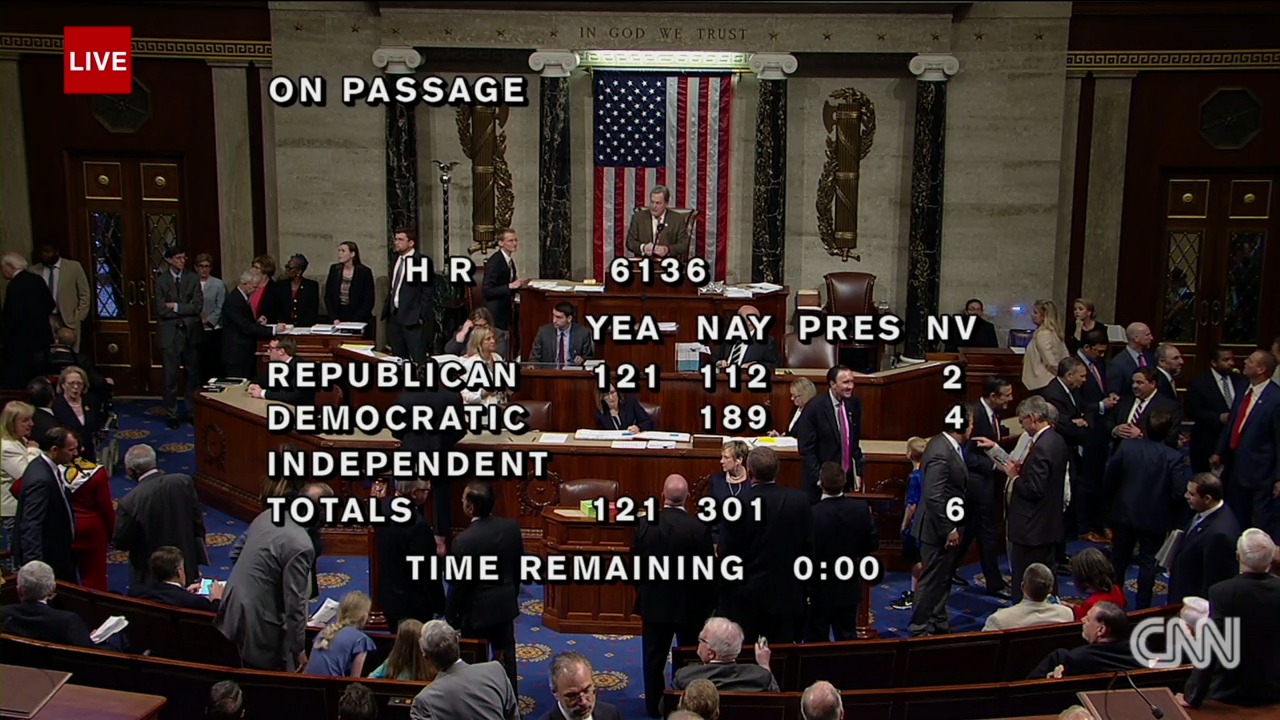 The House of Representatives failed to pass a major immigration bill on Wednesday, despite a delayed vote and a last minute push by President Donald Trump to shore up support for the bill.

It was widely expected the vote would fail. With no Democrats supporting the legislation, Republicans were going to need enough of their own members to get to a majority--a tall task for any immigration bill given the long-running, intra-party GOP battle on the issue.

The bill represented House Republicans' most steadfast effort in decades to find a compromise between moderates and conservatives, legislation that provides a path to citizenship for recipients of the Deferred Action for Childhood Arrivals, as well as $25 billion for border security including the President's border wall. 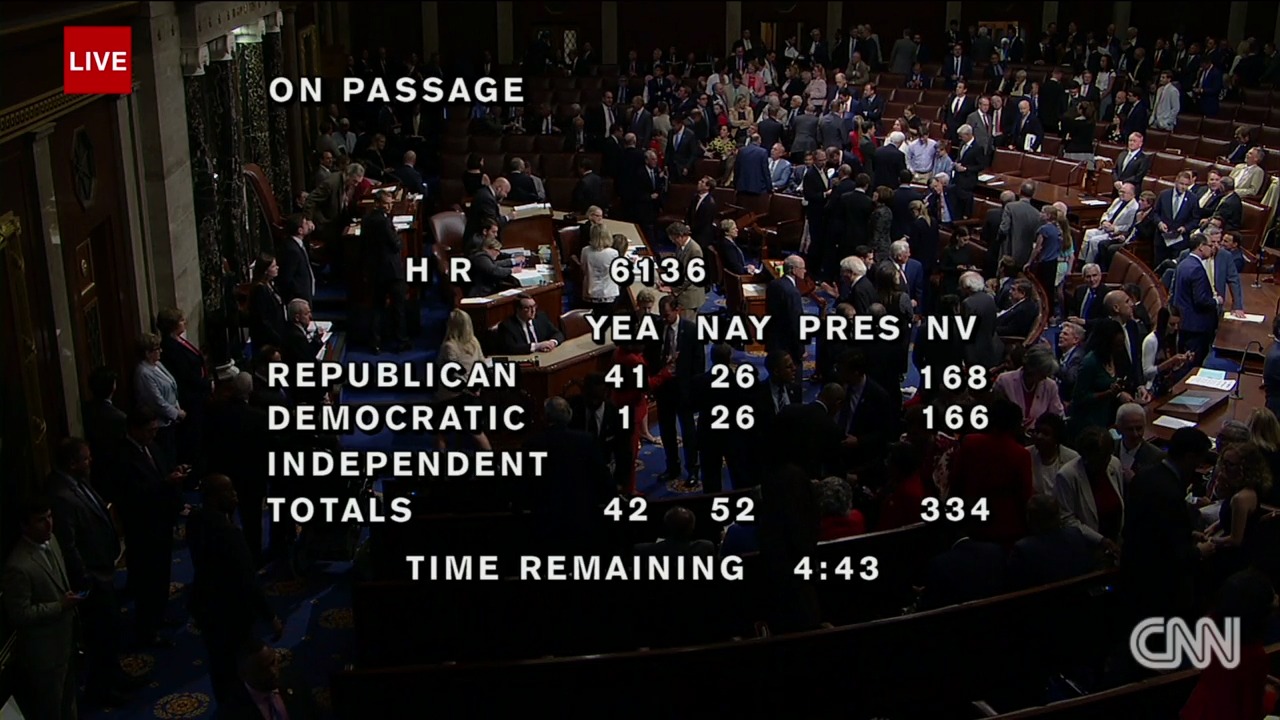 The House has begun voting on a Republican immigration bill, H.R. 6136, the Border Security and Immigration Reform Act.

We expect it to fail.

President Trump tweeted this morning — in all caps — urging congress to pass the immigration bill, although that won't likely change the outcome of the vote.

House leaders have been asking President Trump to weigh in definitively on the moderate-negotiated immigration proposal for a few weeks now. But the reality is “this would’ve been a whole lot more helpful a week ago,” a senior GOP aide said.

Vermont Sen. Bernie Sanders, asked if he supported abolishing the US Immigration and Customs Enforcement agency, said the issue at hand is Trump's immigration policy — not the agency.

"I think this disastrous immigration policy should be abolished," he told CNN.

He continued: "What you have right now is an immigration policy that I think most Americans understand is not what this country is about. You don't rip little children away from the arms of their mother. You don't leave 1.8 million kids eligible for DACA subject to deportation. So whether you abolish ICE Or not is not the major issue. The major issue is having an immigration system that is effective."

The Trump administration still has more than 2,000 children who were separated from their parents in its custody.

In a six-day span, only six of those children were reunited with their families.

Data has been hard to come by: The administration has been reticent to release much data about the results of its prosecution policy that ended up separating more than 2,000 families at the border in about six weeks. But the new figures show how slow the pace has been to put those families back together — even as a federal judge has now ordered the government to do so in 30 days.

On Tuesday, the secretary of Health and Human Services said there were 2,047 migrant children in its care as a result of being separated from their parents at the border so the parents could be prosecuted on criminal charges.

Six days prior, the government had said there were 2,053 such children.

Sen. Mark Warner, a Democrat from Virginia, visited an immigrant housing facility in Birstow, Virginia, Wednesday morning and said afterward that the 15 children who were being held there after being taken from their families have had a chance to communicate with them.

He also said that the facility, Youth For Tomorrow, was very nice and the kids are well cared for.

There are about 110 immigrant children in the facility. That number fluctuates daily, but 15 of them are there as a direct result of Trump's zero-tolerance policy.

A federal judge lambasted the Trump administration for its lack of a system for keeping track of migrant families separated at at the border, saying the government does a better job of monitoring the "personal property of detainees."

"The government readily keeps track of personal property of detainees in criminal and immigration proceedings. Money, important documents, and automobiles, to name a few, are routinely catalogued, stored, tracked and produced upon a detainees' release, at all levels—state and federal, citizen and alien," US District Court Judge Dana Sabraw wrote in a court order halting most family separations Tuesday.

"Yet, the government has no system in place to keep track of, provide effective communication with, and promptly produce alien children," he continued. "The unfortunate reality is that under the present system migrant children are not accounted for with the same efficiency and accuracy as property. Certainly, that cannot satisfy the requirements of due process." 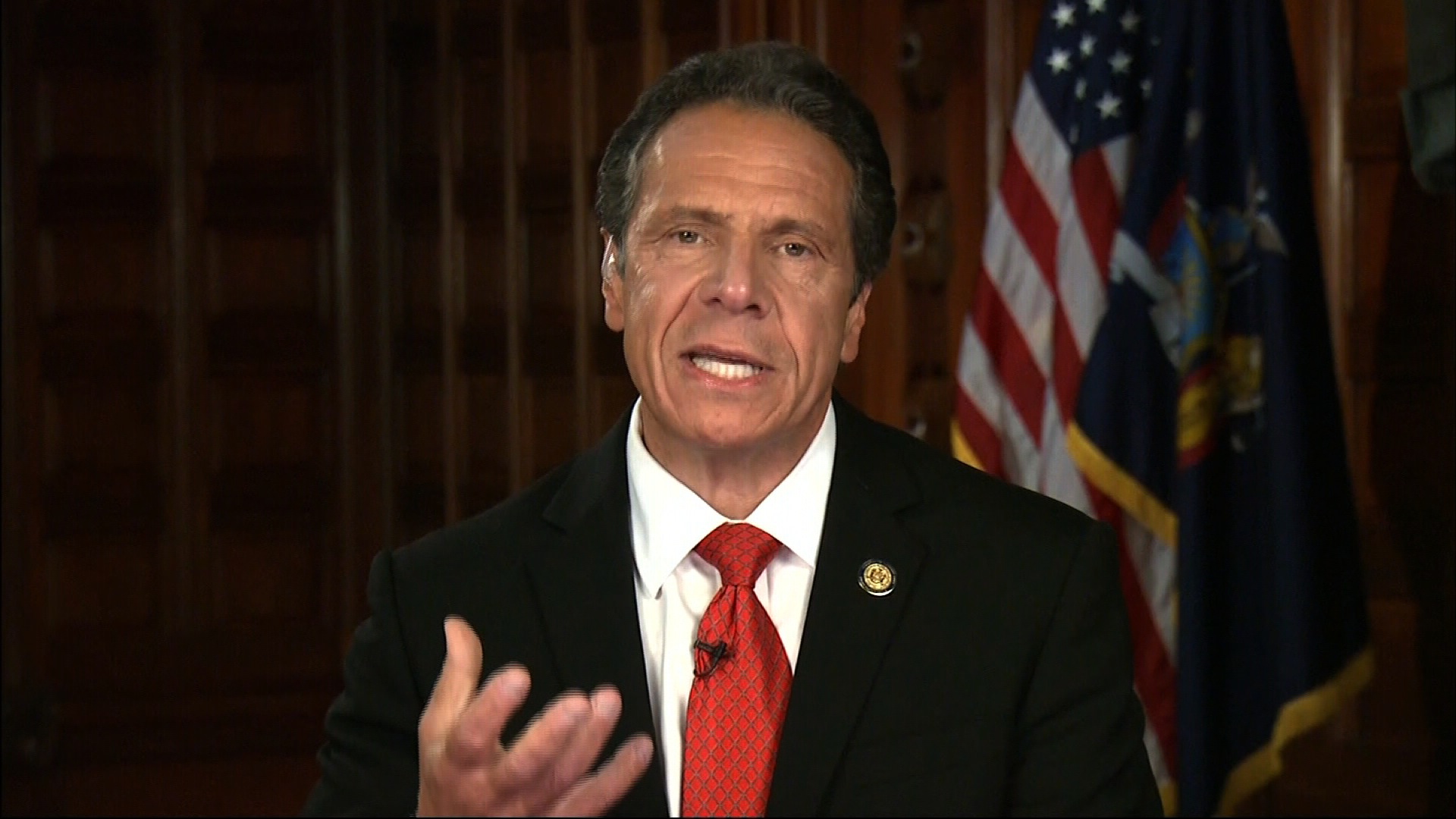 New York Gov. Andrew Cuomo just released a statement reacting to a federal judge's order that demands children be reunited with their families after they were separated at the southern border.

In it, Cuomo says, "The order confirms what we already knew—the federal government's abhorrent treatment of immigrant families is not only un-American, it is also a violation of their Constitutional rights."

He adds, "The separation of children and infants from their families is a moral outrage that shocks the conscience. Trump cannot be allowed to continue to trample on human rights and on the Constitution.

New York is one of more than a dozen states that filed a lawsuit on Tuesday over the Trump administration's separation of undocumented children and parents at the border.

"In New York, we will not rest until justice is fully and permanently restored," Cuomo said in his statement, adding that he would "do whatever it takes to protect the constitutional rights of immigrant families and end the federal government's policy of forced family separation once and for all."

The case, separate from the lawsuit New York helped bring, was brought by the ACLU.

The order also mandates that officials provide parents contact with their children by phone within 10 days, if the parent is not already in contact with his or her child.

President Trump just sent out an all caps tweet about immigration, urging Congress to pass a "strong but fair immigration bill."

What all of this means: House leaders have been asking POTUS to weigh in definitively on the moderate-negotiated immigration proposal for a few weeks now. This morning’s tweet is by far the strongest endorsement, after more than a week of wishy-washy nothingness and yes, it will likely move some votes in favor of the bill, a senior GOP aide says.

But the reality is “this would’ve been a whole lot more helpful a week ago,” the aide said. As of last night, the bill was headed for a very, very bad defeat. Barring some enormous shift in the number of “yes” votes, specifically among conservatives, it will still go down, even with the President’s support.

Could things have been different had he weighed in earlier? Maybe, but this was always a very very hard sell, as Lauren Fox lays out in her very good digital piece today.

As for the all caps? “That was a personal touch,” the aide said with a chuckle. “We did not specifically request all caps for any endorsement.” 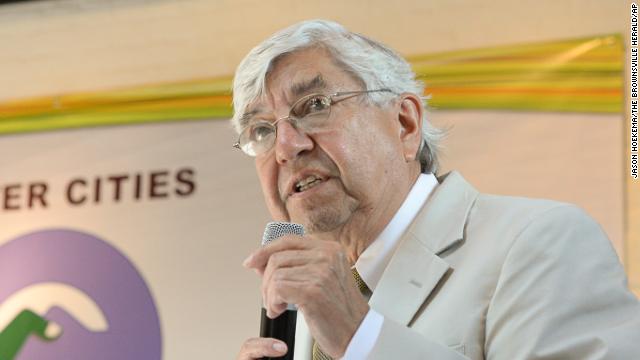 Tony Martinez — the Democratic mayor of Brownsville, Texas, which shares a border with Mexico — pushed back on President Donald Trump's repeated claims of an undocumented immigration crisis on the US border with Mexico.

"What we have is a crisis that's been manufactured through words and it's totally fiction," Martinez told CNN's Erin Burnett on "OutFront" Tuesday.

He continued: "Our streets are safe, our community is moving along as it should be, we have a lot of great projects going on and none of us are fearful of our lives because of this immigration situation."

Martinez criticized rhetoric about a supposed border crisis. "I think it's a bit insidious to say the things that they're saying," he added. "The discourse that's going on and the conversation that's going on is very troubling for mayors across the nation."

Martinez also defended the undocumented immigrants coming across the border.

"These immigrants are coming over here, turning themselves in, because they're fleeing for their lives," he said.