President Trump slammed "extremist, open-border Democrats" at the opening of his remarks during his cabinet meeting moments ago.

"That's what they are -- extremist, open-border Democrats."

Trump accused Democrats of creating "a massive child smuggling industry," which he called a disgrace. The US, Trump said, has "the worst immigration laws in the history of the world. The whole world is laughing at the United States and they have been for years."

Trump has made baseless claims against Democrats over the past week for the border crisis.

Melania Trump is touring the Upbring New Hope Children's Center in McAllen, Texas. This is not one of the so-called "tender age" facilities, which hold children younger than 5 years old.

Here are the facts behind the facility Trump is at right now:

First lady Melania Trump is in Texas visiting a child detention center near the US-Mexico border. She just asked staffers their about the kind of communication children are allowed to have with their families.

"How many times they speak with their relatives or families per week, for example?" she asked.

"The children are allowed to communicate with their family twice a week. They get a 10-minute phone call. But first we have to ensure that the persons that they're contacting, their families, are indeed their families, so there is a process."

About this detention center:

The facility Trump is visiting mostly houses children ages 12 to 17. Most of them are unaccompanied, not separated from their families. 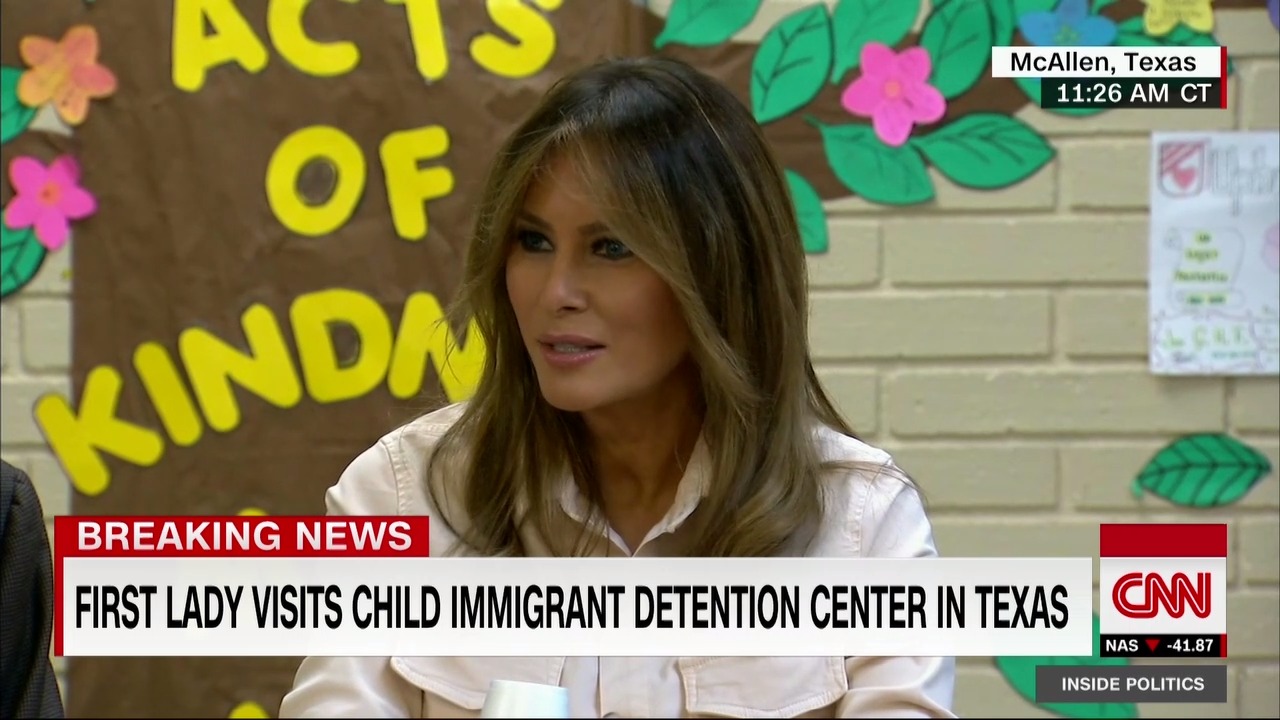 First lady Melania Trump, speaking during a unannounced visit to a child detention center near the US-Mexico border, thanked the social workers for their "hard work and compassion," and asked what she could do to help reunite the children with their families "as quickly as possible."

Thank you so much for having me here today. I'm glad I'm here and I'm looking forward to seeing the children. But first of all, let me begin to recognize each of you and thanking you for all that you do, for your heroic work that you do every day and what you do for those children. We all know they're here without their families, and I want to thank you for your hard work, your compassion and your kindness you're giving them in these difficult times. I'm here to learn about your facility, which I know you house children on a long-term basis. And I would also like to ask you how I can help these children to reunite with their families as quickly as possible. So thank you again for all that you do, and thank you as well. Thank you, all, for what you do.

The House voted to advance an immigration bill Thursday that is favored by conservatives and known as the Goodlatte bill, after House Judiciary Chairman Bob Goodlatte.

The vote, 226-195, with all Democrats voting against the resolution, was procedural, setting up the debate for the bill itself.

While the House voted to move forward with the bill, it is expected to fail in the final vote, which is scheduled to take place early this afternoon. 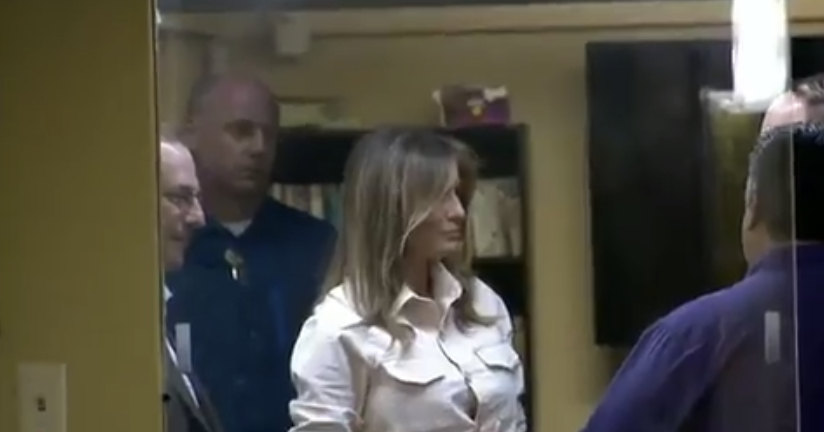 The first lady just arrived in McAllen, Texas, where she is visiting a detention facility for children.

She is receiving a briefing right now.

“First Lady Melania Trump has arrived in Texas to take part in briefings and tours at a nonprofit social services center for children who have entered the United States illegally and a customs and border patrol processing center. Her goals are to thank law enforcement and social services providers for their hard work, lend support and hear more on how the administration can build upon the already existing efforts to reunite children with their families.”

First Lady Melania Trump just arrived at a child detention center in McAllen, Texas and is expected to tour the Lutheran Social Services of the South, a facility with about 60 children, approximately half male, half female ranging from 5 to 17 years old. The children there are mostly teenagers, but some are tender age.

The facility is permanent and is run by an HHS grantee, and HHS runs and regulates it. She's expected to hold a roundtable discussion with doctors and social workers, who will tell her about the services they provide (meals, education, healthcare, psychological services), then she’ll tour that facility.

The trip came together extremely quickly — within 48 hours — and the first lady took the initiative to travel herself, directing her office to set up the visit.

“This was her decision. She told her staff she wanted to go and we made that happen. He (President Trump) is supportive of that, but she told him, ‘I’m heading down to Texas,’” her spokeswoman Stephanie Grisham told reporters on the flight to McAllen.

Trump was moved by the images and sounds of the children separated from their parents, and sought to see an unfiltered view of the situation on the ground. “The images struck her as a mother, as a human being, and also as a first lady,” Grisham said, adding, “She wanted to see as close to what she had been seeing on TV. She wants to see what’s real, she wants to see a realistic view of what’s happening.”

A group of protesters are staging a demonstation at the US Capitol, as the House is set to begin voting on two immigration proposals.

The kids are wrapped in emergency thermal blankets, similar to the ones given to migrants taken into custody after crossing the US border. There's at least one cage among the group, an apparent reference to the chain-link fences some migrants have been kept behind. Some are yelling “shame” in unison.

LA RED (Liberation Action Respect Equity Dignity)/Faith in Action is putting on the demonstration to protest the "cruel treatment of immigrants by the Trump administration."

The organization’s director Richard Morales and his 10-year-old son are leading the demonstration.