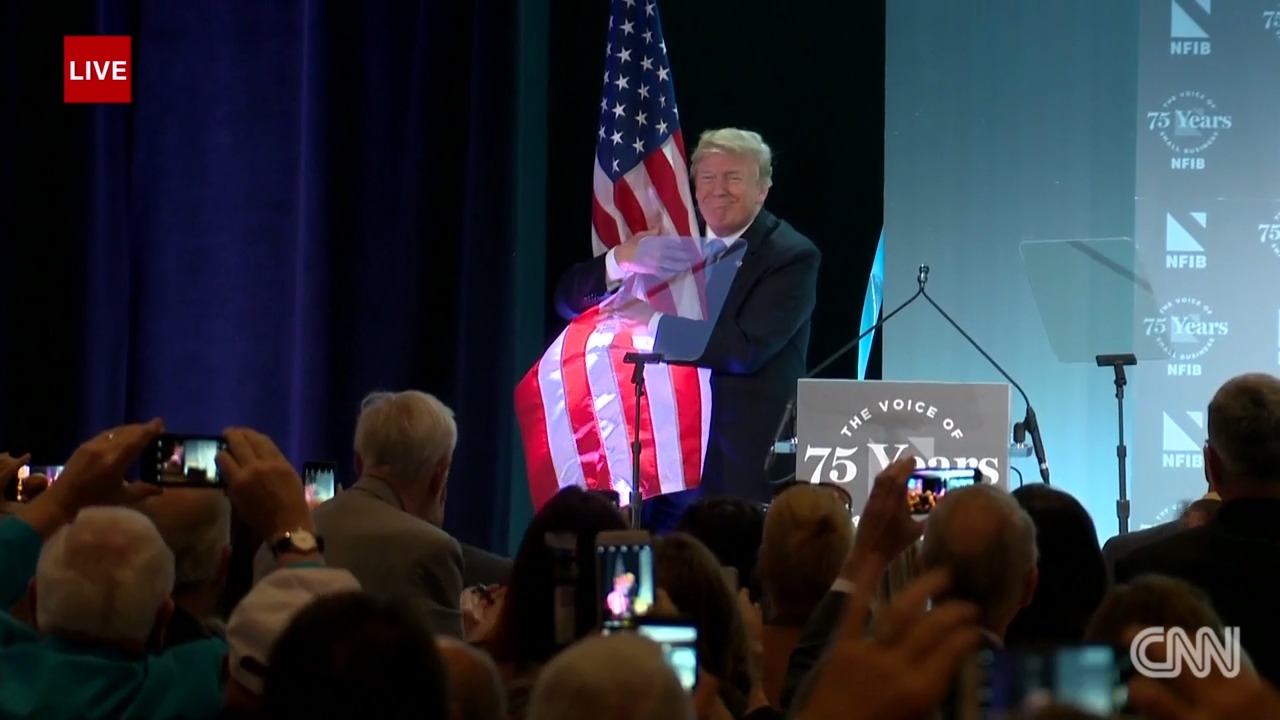 President Trump hugged an American flag as he walked off the stage at a small business owners event.

Trump's speech to the crowd addressed the controversial border separations, the upcoming House immigration bill and other issues.

This is at least the third time Donald Trump has hugged an American flag on stage. Today may be the first since becoming President. He also did it at a rally in Tampa on Oct 24, 2016, and August 19,2015 in Derry, New Hampshire.

President Trump vowed to make changes to the House immigration bill — he declined to say which bill he was referring to — and almost certainly surprising members who were hoping to vote this week.

"So we have a House that’s getting ready to finalize an immigration package that they’re going to brief me on later, and then I’m gonna make changes to it," Trump said. "We have one chance to get it right. We might as well get it right, or let's just keep it going."

House Republicans have been working on two proposals: One more moderate one, and another more conservative option, known as the Goodlatte bill. 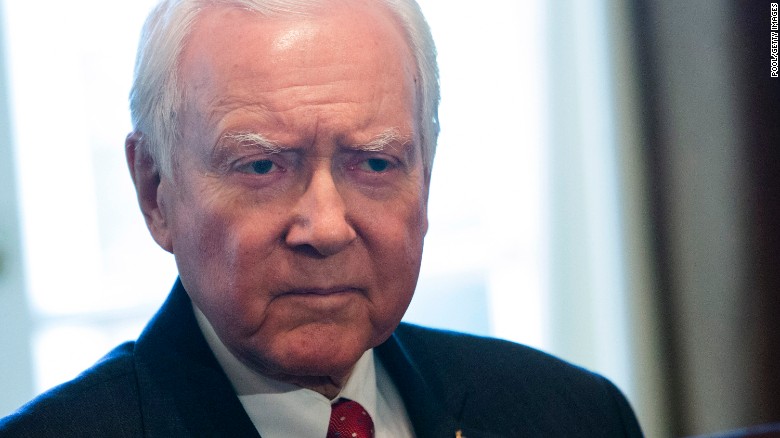