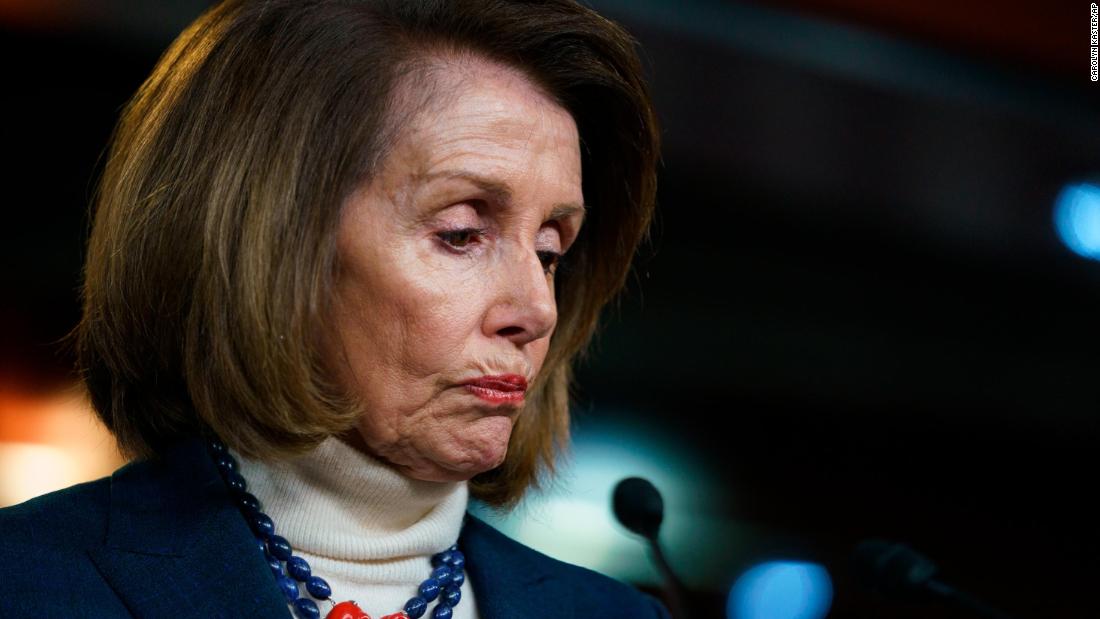 House Speaker Nancy Pelosi said Friday that just because the federal government is expected to fully reopen soon does not necessarily mean that President Donald Trump's State of the Union address will take place next week.

Here's what she said when asked if the State of the Union will go on as originally scheduled for Tuesday night:

On Wednesday, Trump agreed not to give a State of the Union address until after the government shutdown standoff had ended. 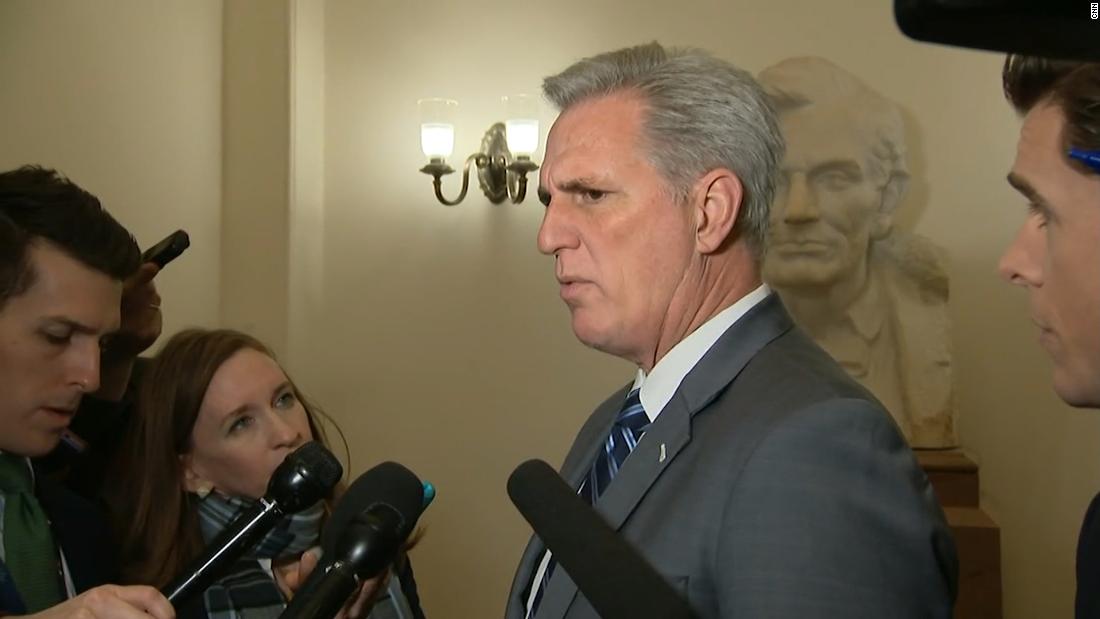 House Republican Leader Kevin McCarthy said he’d still like the State of the Union address to happen either this Tuesday or next Tuesday — but he acknowledged it’s the Speaker of the House's decision.

What this is about: On Wednesday, Trump agreed not to give a State of the Union address until after the government shutdown standoff had ended. That came about a week after Speaker of the House Nancy Pelosi asked him to move the date of the speech until the government was reopened.

"Recognizing the urgency of getting Federal employees paid quickly, the administration is taking steps to ensure that they receive pay as soon as possible."
"Since specific payroll issues vary by agency, employees can find more information about paycheck details by reaching out to their agency. " 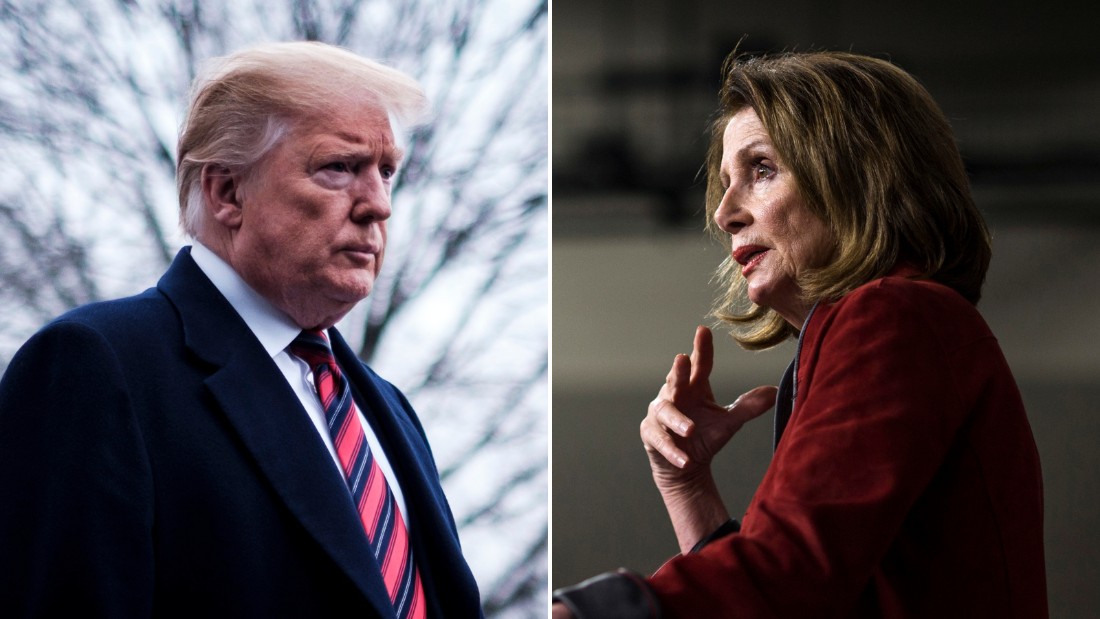 Here's how she put it:

"I can't assure the public on anything that the President will do, but I do have to say I'm optimistic. I see every challenge or every crisis as an opportunity, an opportunity to do the right thing for the American people and at the same time make people aware of what the decisions are that we have here and hopefully that will make everybody come together in a way that is unifying for our country."

Several GOP senators, interviewed after Trump announced a plan to reopen parts of the government, said they were not thrilled about the way this episode over the shutdown played out.

Sen. Rob Portman said there's now a structure to cut a deal over immigration, calling the move an “olive branch” from Trump. “I don’t like shutdowns at all. I don’t think they are ever worth it. But I’m glad we are where are,” he said.

Asked if the President could have handled this better, Portman told CNN: “I’m not a big fan of shutdowns — I don’t think they’re good for anybody or provide leverage.”

“I don’t believe that shutdowns are ever justified — and I wish this never happened. This caused real harm to federal employees .... and to our economy at large”

Sen. Lindsey Graham said he believes the shutdown forced progress that would not have happened otherwise. He said there is “room to criticize” everyone involved — from Pelosi to the President to Graham himself — but what ultimately brought the deal to fruition was some Democrats breaking from Pelosi.

When asked to react to the news, he said “It depends how it ends. Let me tell you what did happen today: we got a focus now on the need for border security better than we had if we hadn’t had a shutdown. I think he’s won on the argument that we need barriers as part of border security plan. I think the shutdown is a vehicle to get it; it didn’t work.“

He said the move is "great news for 800,000 federal workers and millions of American who depend on government services."

He said he expects both the House and the Senate to pass the plan.

Here's how Schumer described the plan:

It reopens the government without preconditions, gives Democrats and Republicans an opportunity to discuss border security without holding hundreds of thousands of American workers hostage," he said.

Schumer said he expects both the House and the Senate to pass the plan.

President Trump just announced a deal to reopen the government for three weeks.

Now, Congress needs to pass the measure. According a Democratic aide, the plan right now is for the House to pass the clean continuing resolution by unanimous consent after the Senate acts. That means the House wouldn’t need to bring lawmakers back in to vote, which would take at least 24 hours).

Republicans have signed on, so unanimous consent should happen. A GOP aide said they don’t expect any Republicans to object to that.

Leaving the Senate floor, Senate Majority Leader Mitch McConnell said he thinks there can be a “good outcome on a bipartisan basis.”

He added: “The President has put forth a plan that both sides are willing to accept and hopefully we will have good faith negotiations over the next three weeks to try to resolve our differences on the best way to secure our border.”

President Trump said he is ready to shut down the government again or "use the powers afforded" to him if lawmakers and the White House are unable to come up with a plan to fun his border wall.

Under the newly announce plan, the government will reopen for three weeks, until Feb. 15.

"So, let me be very clear: We really have no choice but to build a powerful wall or steel barrier," Trump said. "If we don't get a fair deal from Congress, the government either shutdown on Feb. 15 again, or I will use the powers afforded to me under the laws and the Constitution of the United States to address this emergency."

President Trump said lawmakers have reached a deal to fund the government through Feb. 15.

Sources told CNN the White House and congressional negotiators made an agreement to temporarily reopen the federal government while talks continue on a border wall.

Trump said today that a bipartisan panel will work on a border security package.