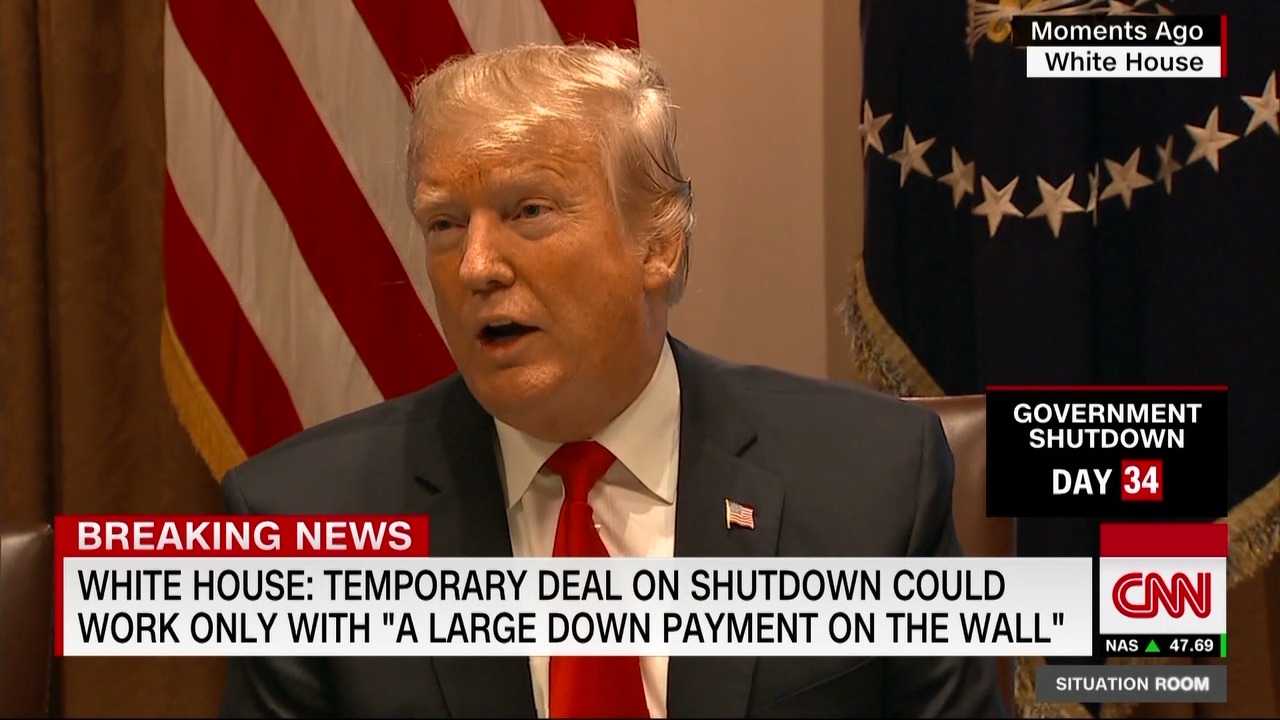 Even as lawmakers discuss a short-term measure to fund the government, President Trump again raised the prospect of other ways to fund a border wall without congressional approval.

Trump said repeatedly he had "alternatives" to secure the wall funding, which he said he was prepared to use.

Trump hailed a GOP measure that failed in the Senate on Thursday, saying most Republicans held strong even as the bill went down. Still, Trump suggested there were other ways for him to secure border wall funding outside of Congress.

"They're meeting to see if they can work out something, maybe on a temporary basis is where we'll start," he said. "We have a lot of alternatives.

The White House is preparing a draft proclamation for President Trump to declare a national emergency along the southern border and has identified more than $7 billion in potential funds for his signature border wall should he go that route, according to internal documents reviewed by CNN.

Trump has not ruled out using his authority to declare a national emergency and direct the Defense Department to construct a border wall as Congress and the White House fight over a deal to end the government shutdown. But while Trump's advisers remain divided on the issue, the White House has been moving forward with alternative plans that would bypass Congress.

"The massive amount of aliens who unlawfully enter the United States each day is a direct threat to the safety and security of our nation and constitutes a national emergency," a draft of a presidential proclamation reads.

"Now, therefore, I, Donald J. Trump, by the authority vested in me by the Constitution and the laws of the United States of America, including the National Emergencies Act (50 U.S.C 1601, et seq.), hereby declare that a national emergency exists at the southern border of the United States," the draft adds.

The draft was updated as recently as last week, a US government official told CNN.

The administration, according to options being considered, could pull: $681 million from treasury forfeiture funds, $3.6 billion in military construction, $3 billion in Pentagon civil works funds, and $200 million in Department of Homeland Security funds, the official said.

The Defense Department referred a request for comment from CNN to the White House, which has not responded.

If the declaration is made, the US Army Corps of Engineers would be deployed to construct the wall, some of which could be built on private property and would therefore require the administration to seize the land, which is permitted if it's for public use. 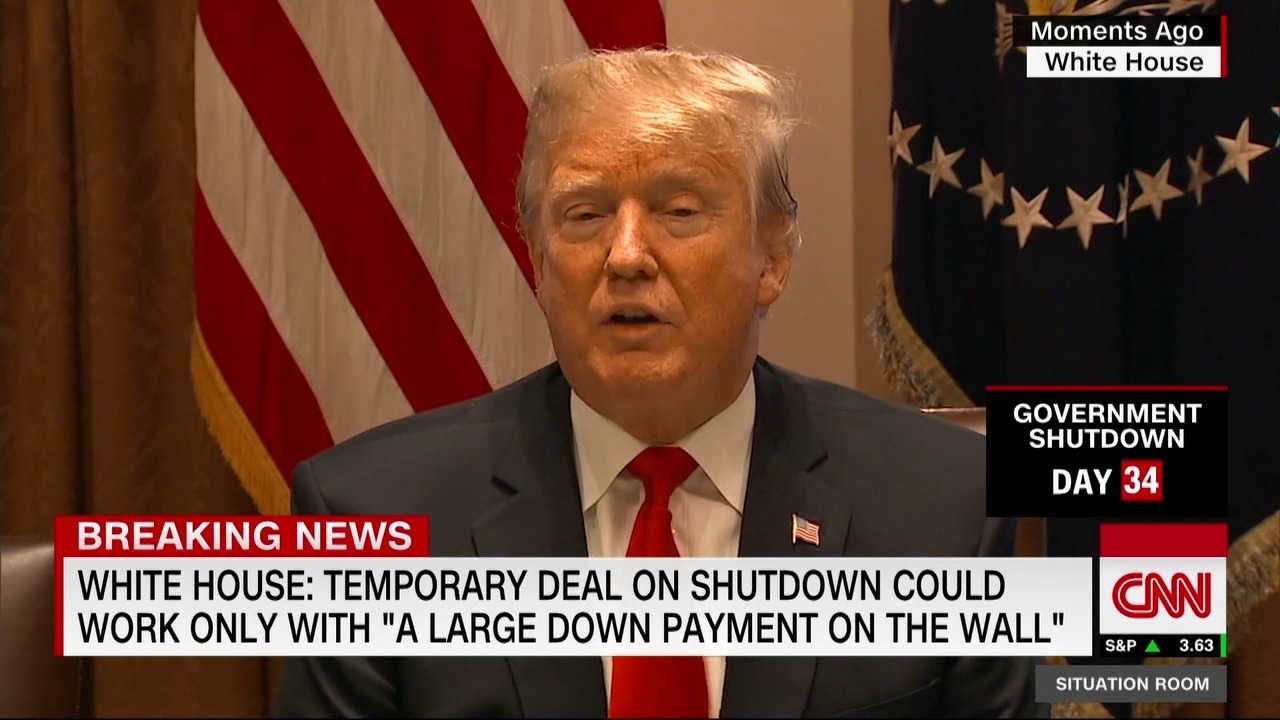 President Trump, in an unplanned press availability Thursday evening, suggested that one of the ideas being floated by Congress is a “pro-rated down payment” for a border wall.

“One of the ideas suggested is they open it, they pay some sort of pro-rated down payment for the wall which, I think people would agree, you need,” the President said.

He went on to say: "In fact, I see a lot of the Democrats -- almost all of them are breaking saying, 'Walls are good.'Walls are good.' Big difference from what you had two or three weeks ago."

Some Senate Democrats are beginning to push back on President Trump’s demand for a “large down payment” in exchange for three-week continuing resolution.

Debbie Stabenow, a member of Senate Democratic leadership, said giving into Trump will mean White House will use a shutdown to get whatever they want next time.

“What does he hold workers’ wages hostage for next? How many times will he try to hold wages hostage?” she asked.

Sen. Angus King, an Independent lawmaker who caucuses with Democrats and is part of a negotiating group, said this: 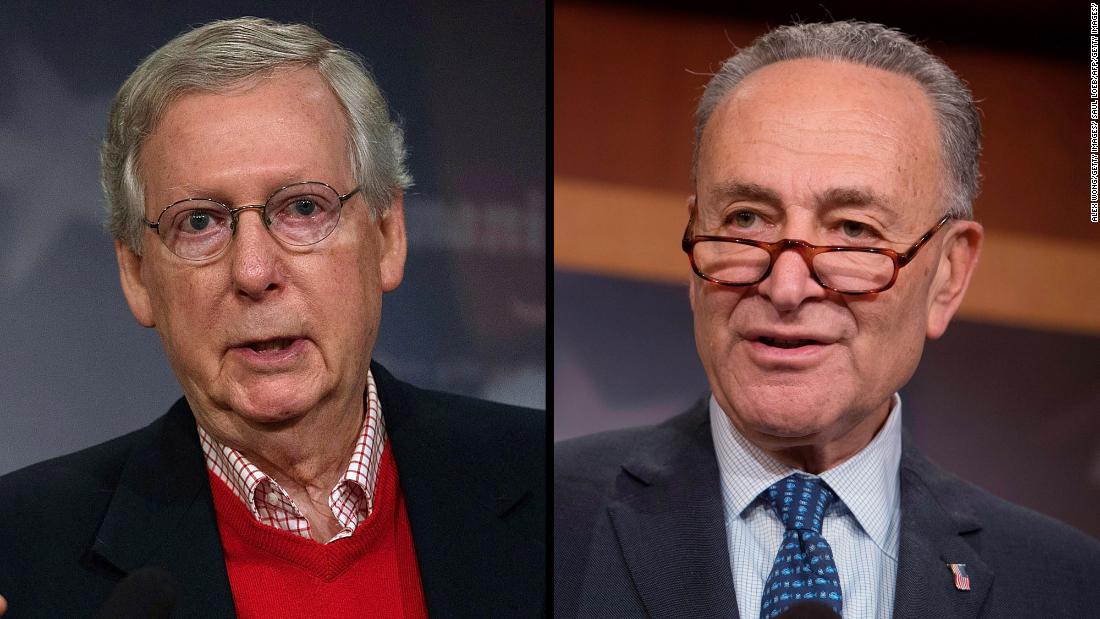 He said “we’re talking” repeatedly to reporters’ questions as he walked back to his office.

He said that phrase seven times — and he had a smile on his face.

The White House has made clear a key demand on any deal.

“The President would consider a CR only if it includes a down payment on the wall," White House press secretary Sarah Sanders said.

Her remark comes shortly after the Senate failed to advance two proposals to reopen the government. 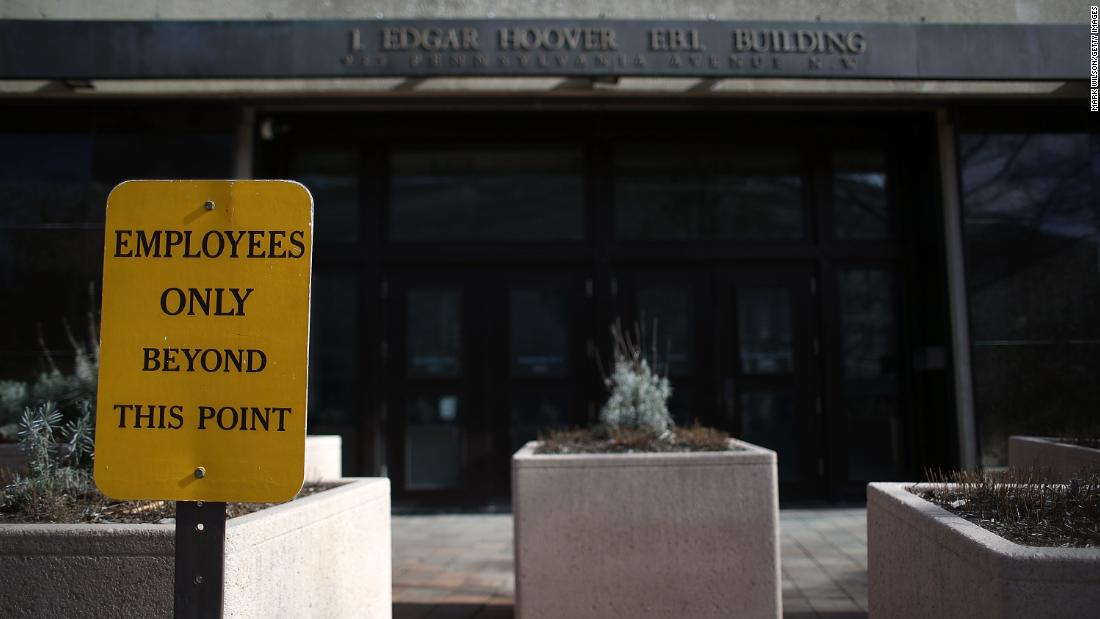 The FBI Honors Internship Program is on pause while the shutdown continues, according to an FBI official.

The FBI typically selects approximately 700 new interns each semester, who are assigned to work at FBI Headquarters, at the Bureau’s research and laboratory facilities at Quantico, Virginia, and in each of the FBI’s 56 field offices around the country.

Republican Sen. Lindsey Graham said he just spoke with President Trump and told him they are talking about a three-week continuing resolution to reopen the government.

"Money for a barrier is required to get this deal done," Graham said. 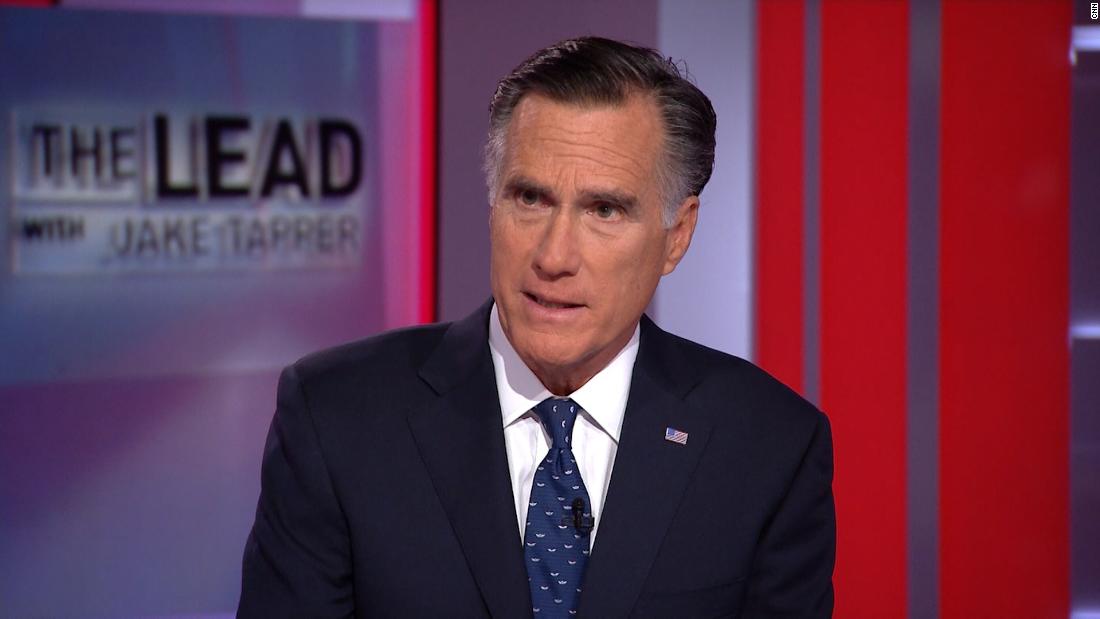 Republican Sen. Mitt Romney said he backed the Democratic funding proposal because his priority "is to get the government open again."

"We made an effort today to vote in favor of reopening the government," Romney said. "The President's proposal was the best one. The Democrat proposal was certainly not as good, but it would have gotten government open and that's why I voted for it."

Both the Democratic proposal and the President's plan ultimately failed to advance in the Senate.

Romney said he will not vote for a final deal that doesn't include a barrier on the southern border and enforcement procedures.