Tampa International Airport is starting a food bank for its government employees.

Airport officials are working with United Way Suncoast to start the food bank, which is for the airport's Transportation Security Administration, Customs and Border Protection and Federal Aviation Administration employees.

The food bank will open at noon on Monday.

About 700 federal airport employees work in Tampa, according to Janet Scherberger, vice president of media and government relations with the airport.

On top of the food bank, here's how else the Tampa airport is helping its furloughed workers...

Scherberger said that despite the government shutdown, Tampa International Airport is not experiencing any operational issues, and have not had to change any of its operations.

"This really struck a nerve," he told CNN. "This should be one of the happiest moments of our lives, and we have this hanging over our head."

Striffler said he and his wife have savings to help them through the next few months.

His message to Congress?

"We don't want to be used as political pawns," he said "We have a stressful enough job as it is. This is really, you know, going to start hitting hard."

Miami International Airport officials will reassess after this weekend whether they will keep Concourse G terminal closed beyond the weekend, spokesman Greg Chin tells CNN that they

The airport announced yesterday that it would close the security checkpoints in terminal G — one of six terminals in the airport — after 1 p.m. on Saturday, Sunday and Monday because of a shortage of Transportation Security Administration screeners.

Even with the scaled back staff, Chin said TSA has been able to keep wait times down. 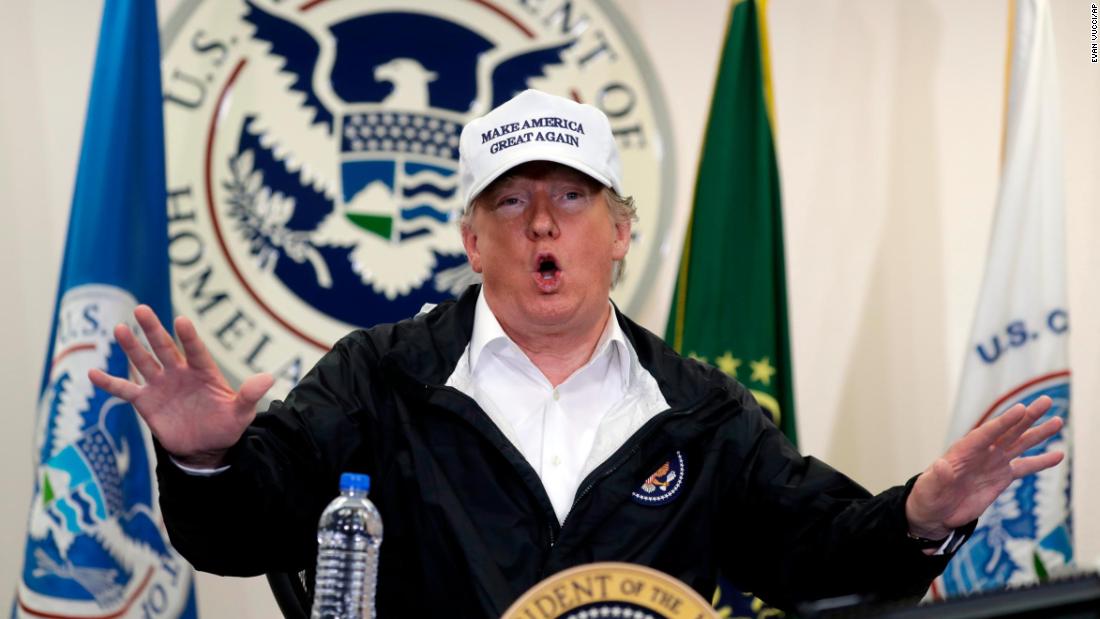 So what happens to the shutdown if Trump does, in fact, declare one?

The government does not just immediately re-open and the overall dynamics remain the same: The Senate, House Democrats and President Trump all need to sign off on the plan to fund the 25% of the government currently shut down.

At this point, according to GOP sources in both chambers, the White House has not fully laid out what President Trump would accept. While those same Republican sources are fairly certain the President will soon declare a national emergency, what the agreement would be to actually re-open the government remains an unknown.

Given that — and the fact most senators have gone home for the week — it’s exceedingly unlikely the government re-opens any time soon, no matter what the President does with his emergency declaration.

Hundreds of thousands of federal workers are waking up to their first full missed paychecks today.

He gave CNN permission to use this image of his pay stub. The amount listed under "net pay?" $0.00. 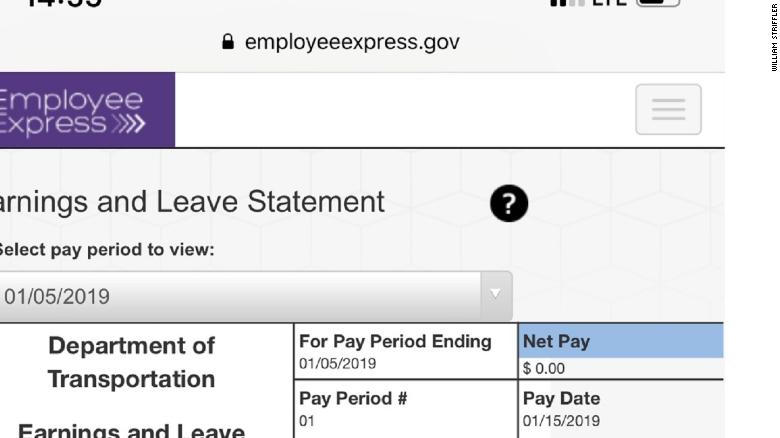 Meanwhile, some members of Congress are refusing or donating their own paychecks in a show of solidarity with furloughed workers.

So far, 71 members of Congress say they will turn down their paychecks during the partial government shutdown, according to social media posts and statements reviewed by CNN.

That comprises 13 senators and 58 representatives, with members from both parties making up a similar proportion of those going without pay. Fourteen representatives passing on pay are newly elected and were sworn in this year.

Today marks the 21st day of the government shutdown, which means it's now ties the previous record.

About the last 21-day shutdown: The shutdown stretched over three weeks in December 1995 and January 1996 as President Bill Clinton and the GOP Congress clashed over federal spending.

The Republicans refused to OK a spending bill because they wanted the Democrats and the White House to — among other things — agree to deep cuts to Medicare and Medicaid.

The shutdown ended only after Clinton bowed to a key Republican demand: Submitting a seven-year balanced budget plan scored by the Congressional Budget Office.

Here's a look at the other shutdowns in US history: 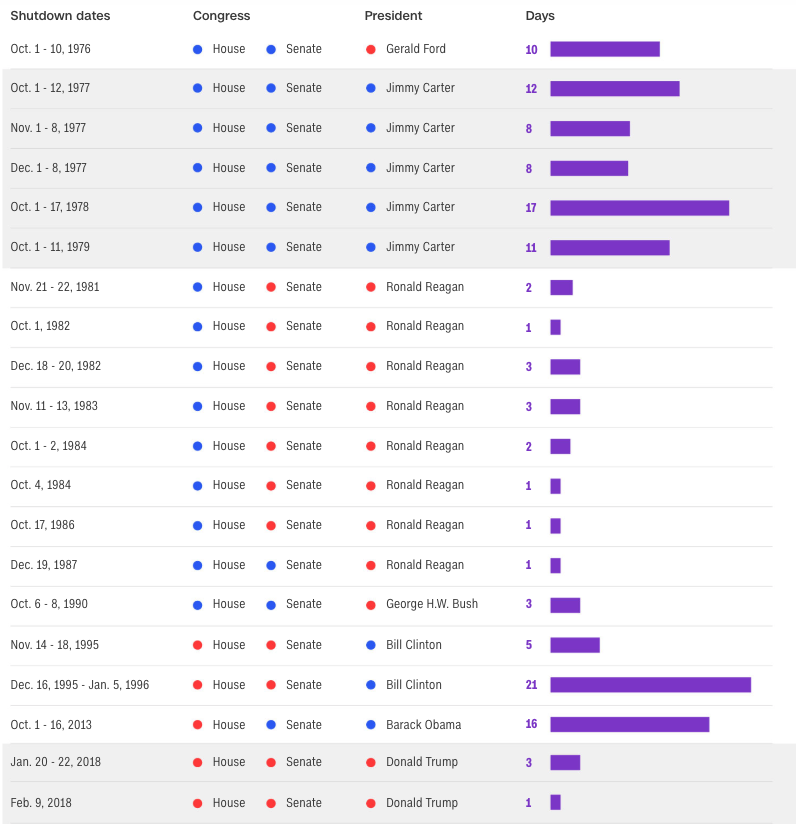 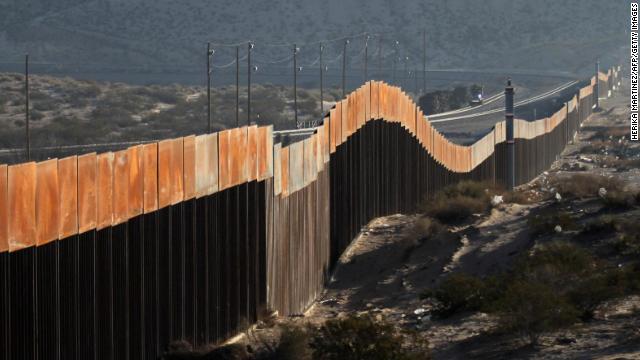 The Trump administration is actively examining using billions of dollars in unspent Defense Department disaster recovery and military construction funds for the construction of a border wall in the event the President declares a national emergency, according to a US official.

Congress appropriated $14 billion in supplemental funds to repair infrastructure in areas of the country hardest hit by disasters including hurricanes, like Hurricane Maria which slammed Puerto Rico in 2017 and resulted in the deaths of nearly 3,000 people.

In anticipation of a national emergency declaration, the official tells CNN that the Pentagon was asked to provide lists of unspent funds including those earmarked for civil works projects that are part of disaster recovery in Puerto Rico, Texas, California, Florida, and elsewhere. The official said the funds were only recently received. There is more than $13 billion not yet physically spent on the infrastructure repair projects, but that have been promised to these communities.

A portion of a Ramada Inn in Mountain View, California, was converted into a “help room” Thursday for furloughed employees from NASA's Ames Research Center.

Research engineer Robert Conrad Rorie went to the center Thursday morning and told the news station the shutdown is causing him stress.

“It certainly feels like the President has zero sense of accountability for people, it’s obviously a political stunt. It really comes down to people like us who aren’t getting any paychecks right now," Rorie told KPIX. 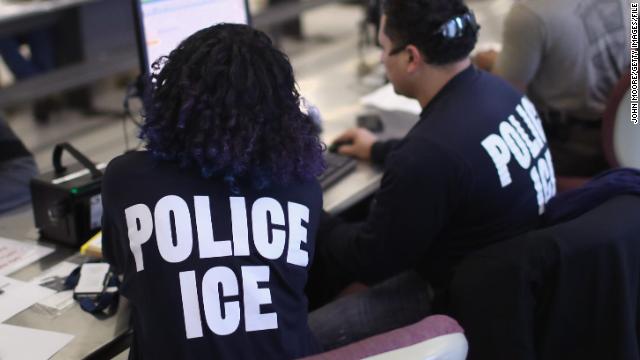 The government shutdown could soon put the immigration enforcement arm of the Department of Homeland Security at risk of running out of funds and unable to pay contract dues.

Immigration and Customs Enforcement is tasked with, among other things, detaining and deporting undocumented immigrants in the United States. To do so, the agency contracts with private companies and county jails across the country. But, with shutdown talks at an impasse and no additional funding in sight, ICE is forced to work with what it already has in its coffers.

"ICE only has a finite amount of money that they had been appropriated and that ended on December 21," said Tracey Valerio, the former director of management at ICE, referring to the date when government funding expired. "If we go much more than a month or so, I would think that the money would run out."