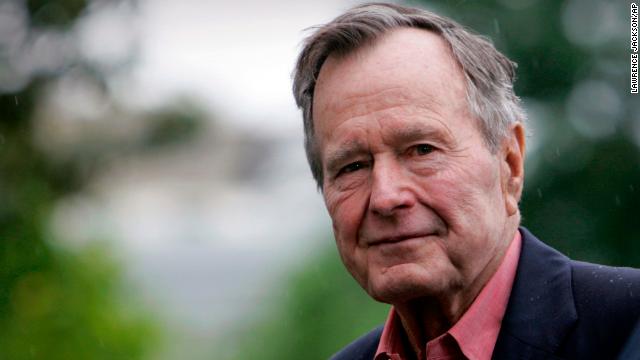 We're wrapping up our live coverage, but if you're looking for more on former President George H.W. Bush's memorial services, you can...

Former President George H.W. Bush will be laid to rest on the grounds of the Bush Presidential Library and Museum in College Station, Texas, this evening.

The site is a poignant one: It's also where Bush's wife Barbara, who died in April, and their daughter Robin, who died of leukemia as a child, are buried. 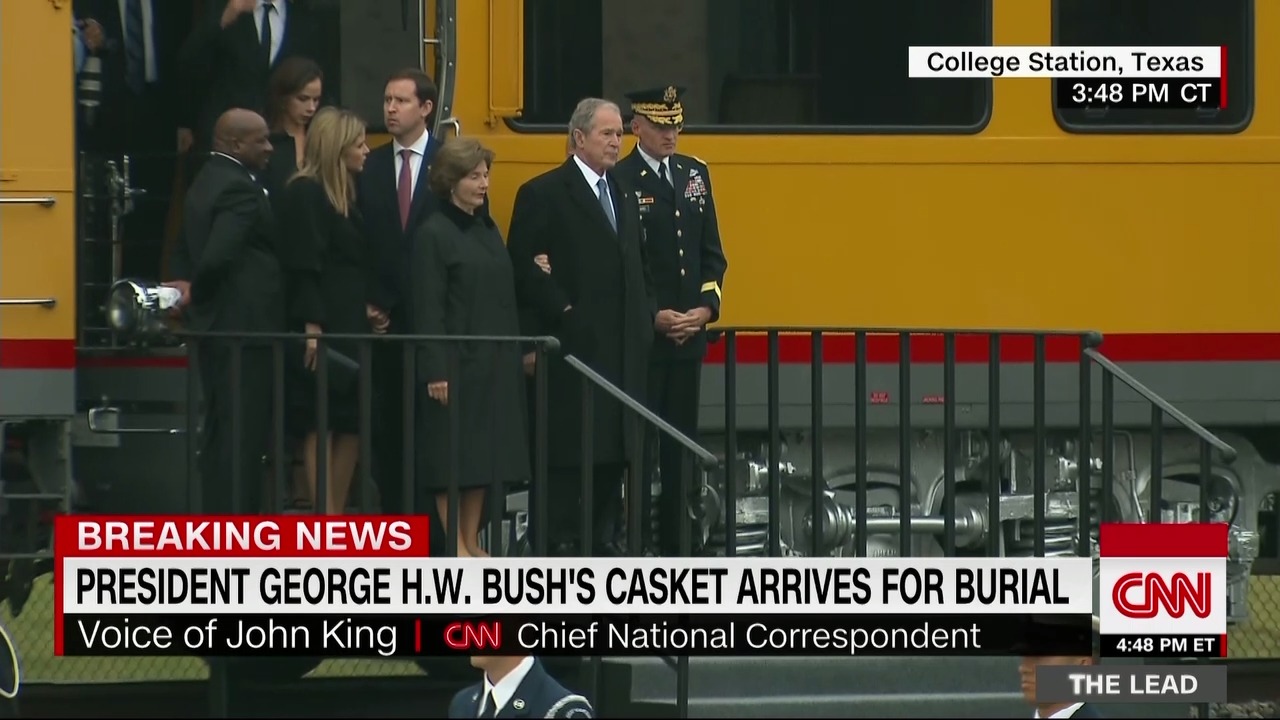 The Bush family just got off the train, and we're new waiting for the arrival ceremony to start.

About 700 to 800 people expected to be in attendance. Guests include students, volunteers and singing cadets, and staff from the Bush Foundation Staff and the Bush Presidential Library and Museum, where he will be interred in a private burial ceremony.

The memorial to the 41st president is located in Gate 41 at the George Bush Intercontinental Airport in Houston, Texas.

“Today and tomorrow, in remembrance, we have closed Gate C41 at George Bush Intercontinental Airport in Houston. We salute the life and legacy of President George H.W. Bush. For all he did for Houston, his home and that of our United family at the airport that bears his name, we will forever be grateful. #Bush41”

Take a look at the image:

George W. Bush posted an Instagram photo Thursday afternoon, looking out a train window at the crowds gathered to say a final goodbye to his father, George H.W. Bush.

"Thank you for making 41's last ride so special," the caption read.

The 41st president's casket is currently on a train bound for the Bush Presidential Library and Museum, where he'll be buried.

George H.W. Bush's spokesperson, Jim McGrath, also tweeted images from aboard the train, including pictures of the casket and massive crowds outside.

The campus is the site of the Bush Presidential Library and Museum. The former president will be laid to rest on the museum's grounds, alongside his wife Barbara and their daughter Robin, who died of leukemia as a child.

There will then be another ceremony and the interment at 5:15 p.m. ET at the library.

As George H.W. Bush's funeral train — a special locomotive dubbed the "Bush 4141" — made its way to the Bush Presidential Library and Museum, crowds gathered beside the tracks to honor the 41st president.

The window drape has been removed from the train car carrying Bush's body, giving onlookers a clear view of the flag-draped casket.

It's a rainy day in the area. Undeterred, lines of people along the railroad waited for the train to pass by to say their final goodbyes.

President George H.W. Bush is on his way to his final resting place. His casket was just loaded onto the a Union Pacific train led by a locomotive dubbed the "Bush 4141" — a train that was built to honor the President's life.

The funeral train will embark on a 70-mile route, taking Bush from Spring, Texas, to Texas A&M University in College Station, Texas, the site of the Bush Presidential Library and Museum.

Bush will be laid to rest at the library, where both former first lady Barbara Bush and their late daughter Robin are buried.

The Bush 4141 was commissioned to honor the former president in 2005. It's painted to resemble Air Force One with a white body, a presidential seal and and long vertical bars of blue. 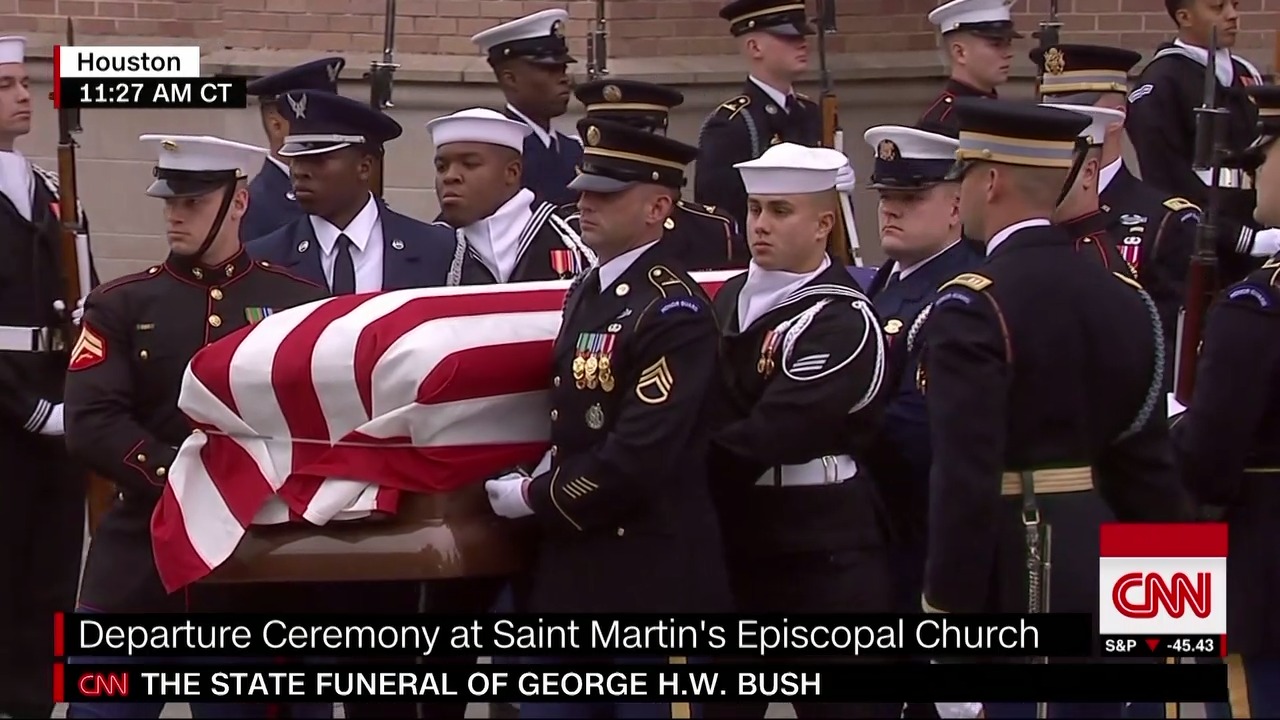 "Hail to the Chief" played as it was first carried out. The casket was then carried through an honor cordon to the hearse as the band played the hymn "Praise Ye the Lord."

The casket will now be taken to a train specifically built to honor his life, which will carry him to his final resting place.

A Union Pacific train led by a locomotive dubbed the "Bush 4141" will carry Bush's casket to the George H.W. Bush Presidential Library in College Station, Texas.

This isn't an ordinary train: The Bush 4141 is a rare locomotive that was commissioned to honor the former president in 2005. It's one of only a handful of Union Pacific trains to bear a color scheme other than the company's traditional gray and yellow: It's painted to resemble Air Force One.