As the first working day of the G20 summit comes to a close, the Live Kitchen at the summit venue has brought out a drink that might help guests wind down: Sake.

Sake, also called Japanese rice wine, is an alcoholic drink made by fermenting rice. Sake is the national drink of Japan and is often served with a special ceremony.

The Live Kitchen, which has been serving Japanese cuisine all day, is now serving attendees 150 types of sake in masu cups -- traditional square cups made from cypress wood that is said to enhance the sake's flavor.

Earlier Friday, sake was served at the world leaders' working lunch, as well as other dishes made with local and regional ingredients.

A meeting between Russian President Vladimir Putin and outgoing British Prime Minister Theresa May is underway on the sidelines of the G20 summit, Russian state news agency TASS reported.

Those strained relations seemed to be on display in a photo snapped of the two world leaders shaking hands.

May has said she will call on Putin to end his country's antagonistic actions, including cyberattacks and disinformation campaigns around the world, in their discussions.

"Russia can go down a different path if it desists from this sort of activity," she said in an interview with Sky News.

Trump had a packed schedule at the G20 on Friday, including meetings with the leaders of Japan, India, Brazil, Germany and Russia.

But between talks, Trump said he'd managed to find time to catch up on the US Democratic presidential debates, the second night of which was held concurrently with Trump's meetings.

Trump said the Democrats had veered too far to the left, joking he'd heard some of the party want to change their name to the "Socialist party."

The US president has paid close attention to the debates so far, providing a running commentary for the previous day's debate.

"BORING!" Trump said on his official Twitter on Wednesday night.

Leaders from the world's richest nations are in Osaka, Japan, for the annual two-day G20 summit. Today saw a host of bilateral and trilateral meetings, as well as the iconic class photo -- a summit tradition.

Here are the highlights of Day 1:

US President Donald Trump has a lot on his plate during this two-day summit.

He needs his fellow leaders' help in his latest showdown with Iran. After Iran shot down a US drone, Trump was ready to strike back with a retaliatory attack, only calling it off 10 minutes before it was due to launch.

But he's facing a difficult battle.

Trump has just met with Vladimir Putin of Russia, who is one of Iran's biggest backers, in an 80-minute meeting.

Tomorrow, Trump will also meet President of Turkey, Recep Tayyip Erdogan. The idea he can break the Turkish strongman's steady relationship with Iran also seems like a long shot.

Meanwhile, both France and the UK have blasted Trump's collision course tactics with Iran, which have put them under pressure to help Tehran out financially in order to salvage the nuclear pact.

Indeed, Trump's biggest problem is convincing leaders he knows what he wants out of his escalation with Iran.

One of the biggest moments of this year's G20 in Osaka is expected to be the meeting of US President Donald Trump and Chinese leader Xi Jinping early on Saturday morning.

Speaking to journalists on Friday, Trump said he hadn't promised Xi that he would hold off on increasing tariffs if the Chinese leader met with him in Japan.

“We’ll see what happens and what comes out of it,” Trump said. “It will be a very exciting day, I’m sure. A lot of people are talking about it.”

Whether the bilateral talks on Saturday will help resolve the raging trade war between the US and China is anyone's guess.

According to a Wall Street Journal report on Thursday, Xi is planning to present Trump with a list of preconditions before any trade deal can be agreed to.

They include contested issues such as the removal of the US ban on selling to Chinese tech giant Huawei, as well as the lifting of tariffs by the Trump administration.

In an exclusive interview with the Financial Times Friday, Russian President Vladimir Putin signaled the end of the "liberal idea."

When asked about a backlash against the so-called establishment around the world, Putin said the "liberal idea" had "outlived its purpose."

"The obvious problem is the gap between the interest of the elites and the overwhelming majority of the people," he told the newspaper.

“Some elements of the liberal idea, such as multiculturalism, are no longer tenable."

When asked about the growing tensions between the US and Iran, Putin said tensions in the Gulf have become "more dramatic and explosive."

“The world has become more fragmented and less predictable, which is the most important and regrettable thing,” he said.

US President Donald Trump met with Putin for about 80 minutes on Friday, during which time the US leader joked with him about allegations of interference in US elections.

Speaking to reporters ahead of their bilateral meeting, Bolsonaro said he has been a "great admirer" of Trump for a long time, even from before he was elected president.

"It gives me great honor to be with you... I support Trump, I support the United States, I support your upcoming re-election and I do hope that you will come to Brazil and you have an open standing invitation to visit Brazil even before the upcoming elections," Bolsonaro said.

He added, "We stand together and ready to work closer and closer with you."

In response, President Trump said he would come to Brazil and touted the country's "tremendous people." He then said the pair would be discussing "many things" including trade in their bilateral meeting. 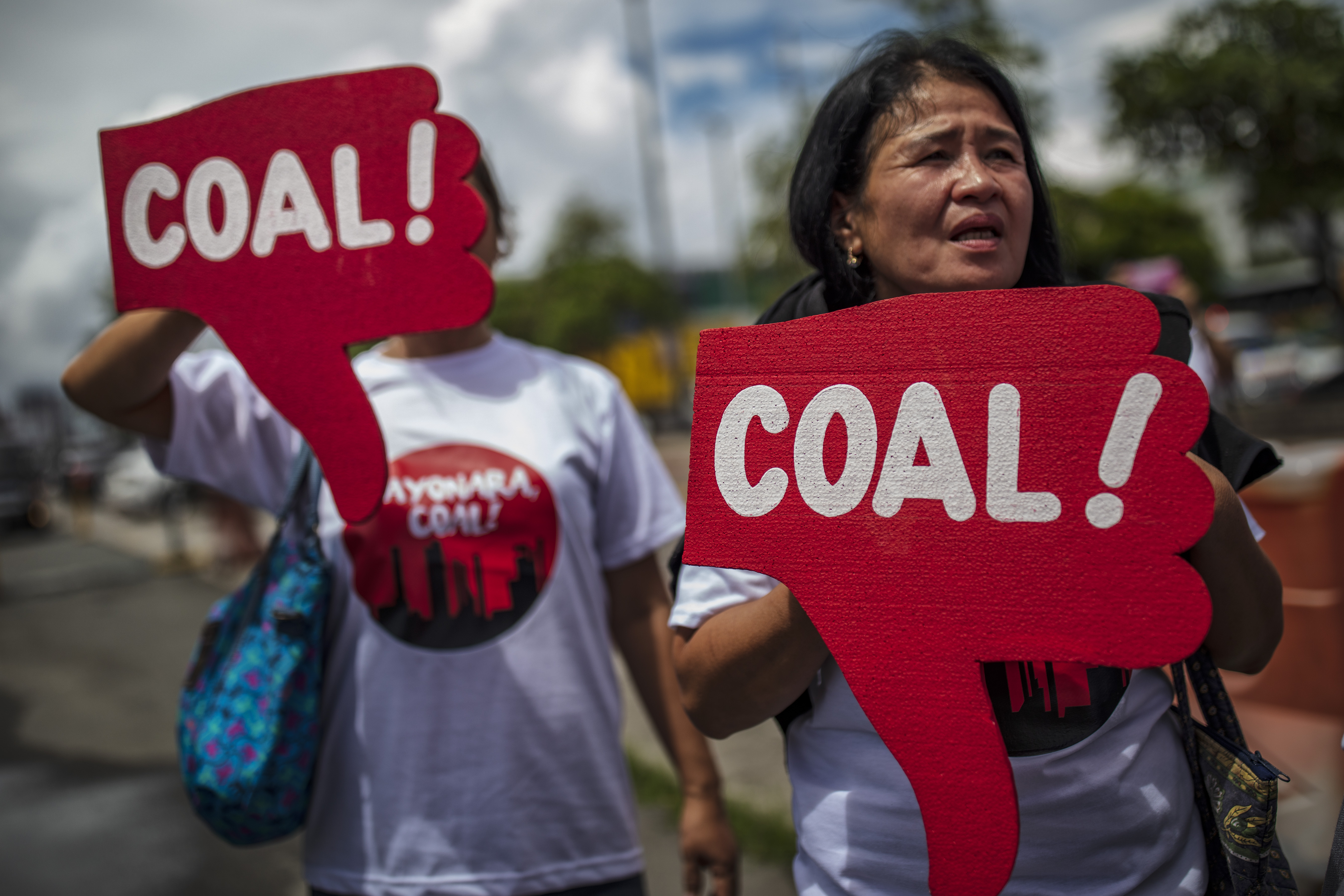 In the days leading up to the G20, people around the world held climate change protests, calling on world leaders to end funding for coal and fossil fuels.

“A country that has private and public banks funding coal here and across the world cannot be called a climate leader.” said Takayoshi Yokoyama of 350.org, an international environmental organization, in a statement.

According to 350.org, protests were held in Indonesia, India, Pakistan, Bangladesh, and the Philippines this week.