President Donald Trump's massive fundraising operation makes him a formidable candidate in the 2020 race for the presidency, and new campaign finance reports out this week from the Democrats hoping to oust him underscore their grueling task ahead.

Some key takeaways from the first-quarter fundraising reports: 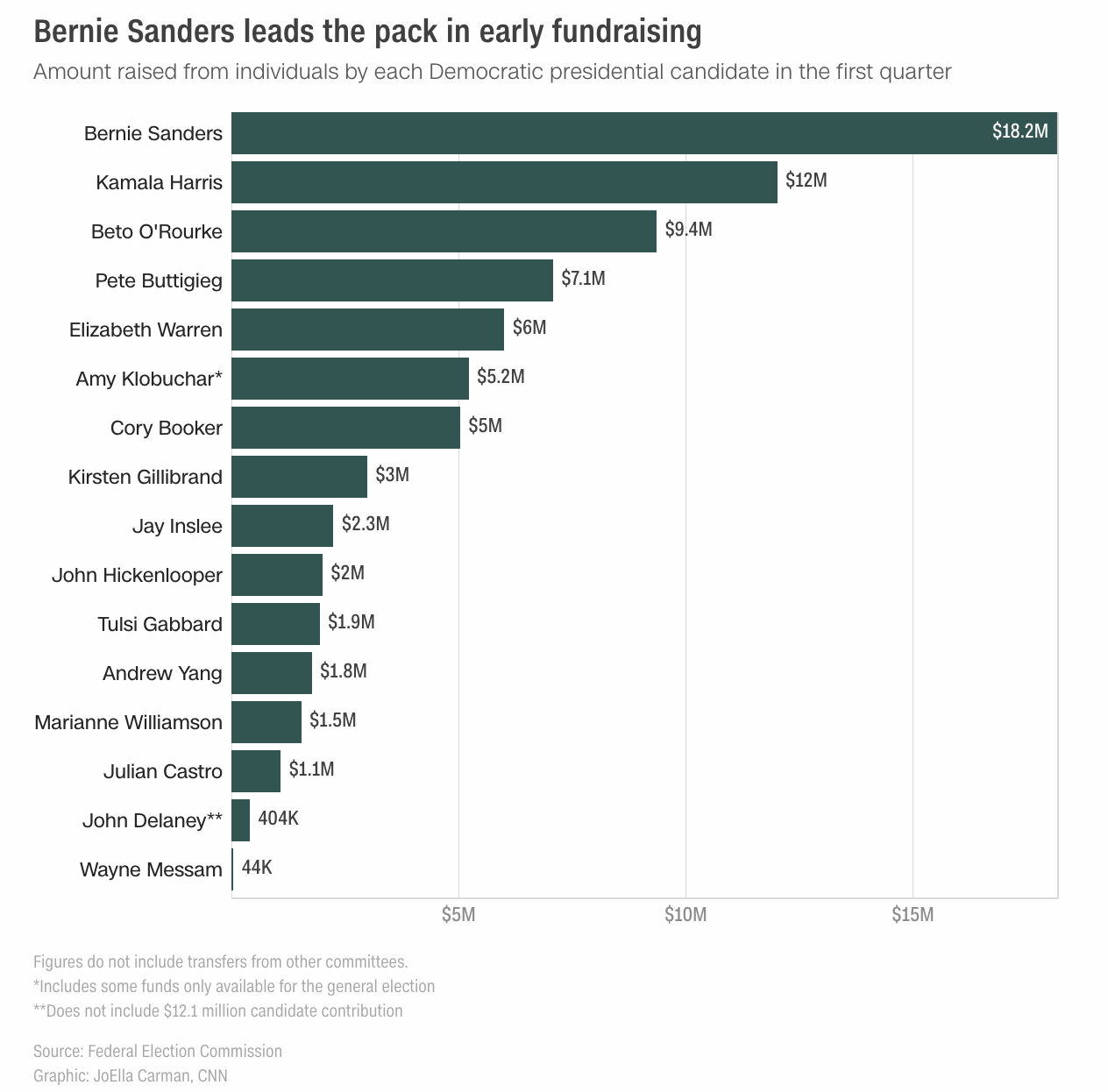 Here's who is winning small donors: 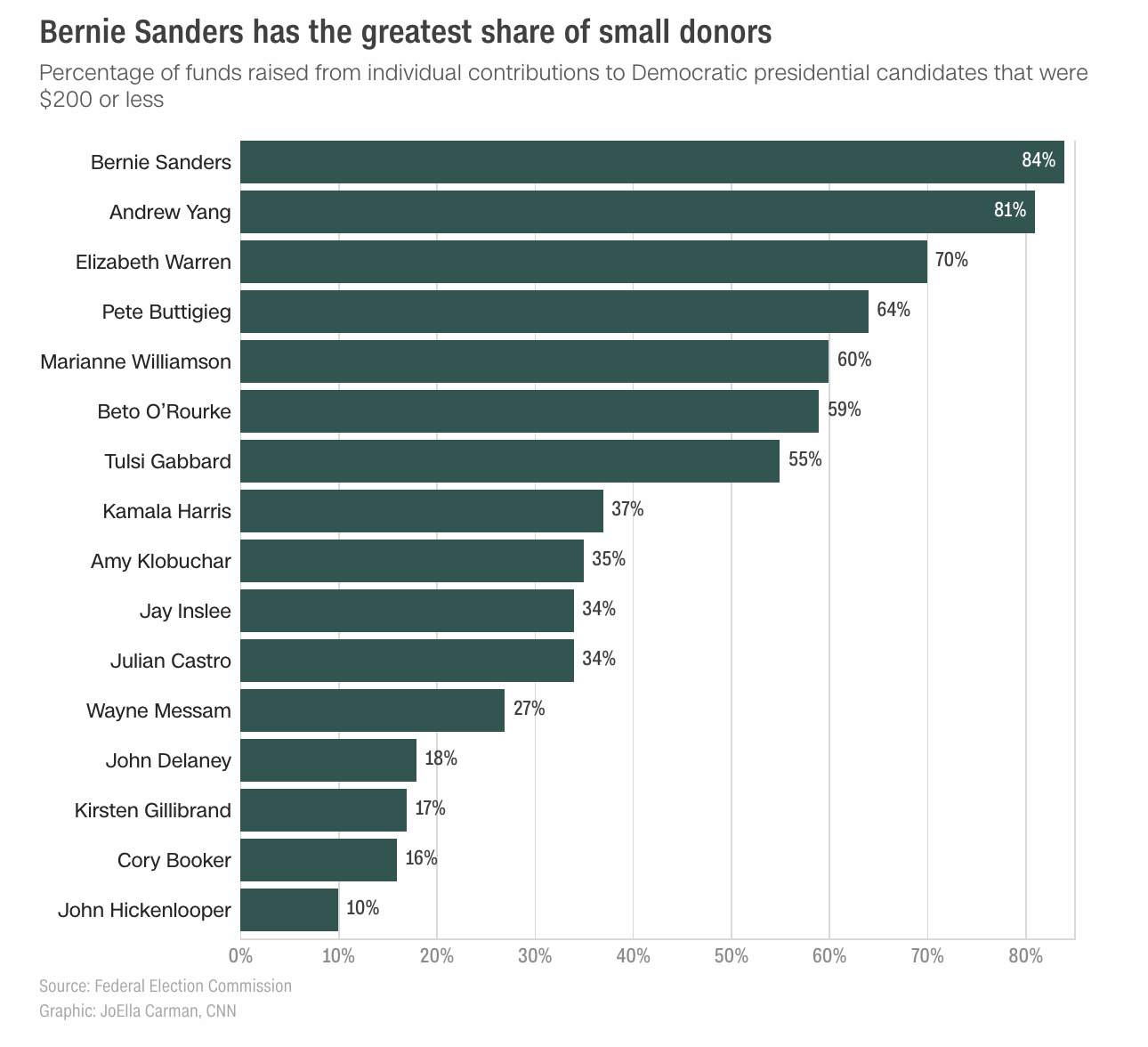 Who has the most money in the bank? 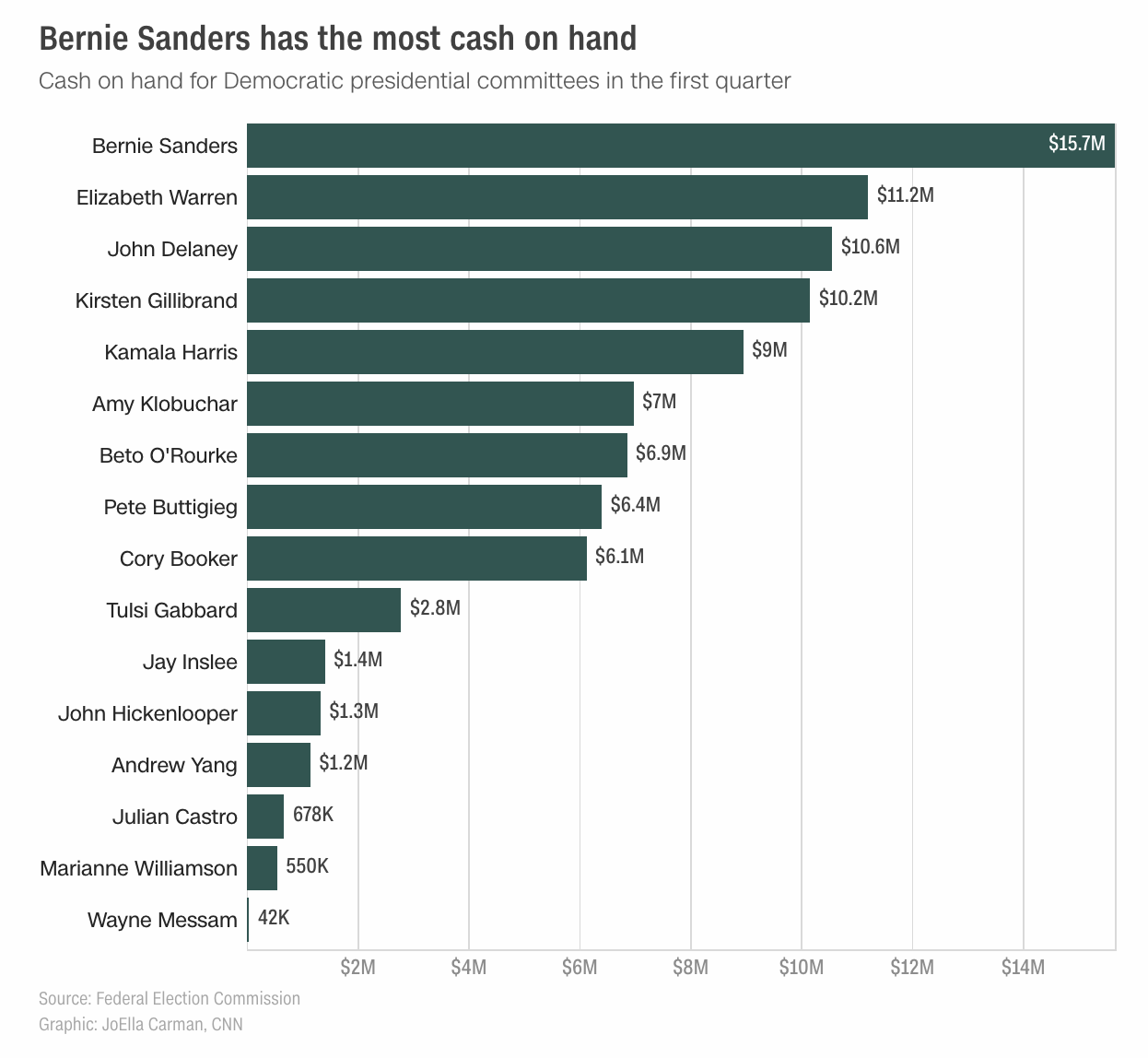 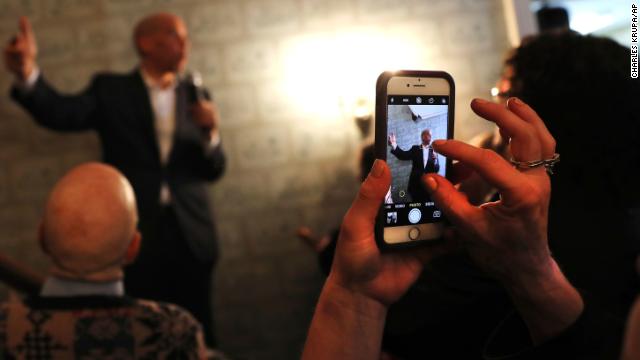 Cory Booker showed underwhelming small dollar support relative to the rest of the 2020 Democratic field in his first quarter fundraising report, with about 16% of his $5 million haul coming from contributions of $200 or less.

That’s comparable to one of the New Jersey Democrat’s Senate colleagues, New York Sen. Kirsten Gillibrand, who also received about 16% of her funds from those small dollar donations, but far behind other peers like Vermont Sen. Bernie Sanders (84%) and Massachusetts Sen. Elizabeth Warren (70%).

In addition to raising $5 million in the quarter, Booker transferred $2.7 million from his Senate campaign account to his presidential campaign, giving him over $6.1 million cash on hand going forward in the White House race, and leaving just over $100,000 in his Senate account.

Among Booker’s notable contributors: actress and girlfriend Rosario Dawson, who gave $2,068 to his presidential campaign in the quarter. 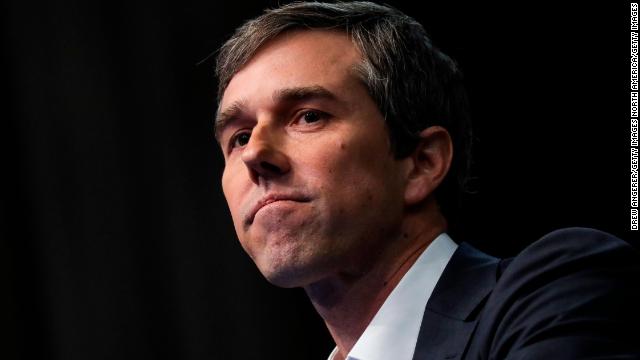 Beto O’Rourke's 2020 campaign spent just over $2.5 million in the first quarter, according to his report filed Monday. About half of that, $1.27 million, went to digital advertising, the campaign’s top expenditure, and the campaign also spent $344,700 on database services.

The former Texas congressman posted strong fundraising numbers in the first quarter of 2019, driven largely by a first-day surge, ultimately positioning him behind earlier entrants with comparable fundraising strength like Vermont Sen. Bernie Sanders and California Sen. Kamala Harris, at the start of the second quarter.

O'Rourke raised just under $9.4 million in the period, with about 59% of his contributions made in increments of $200 or less. $6.1 million of that came on the day he announced his entry to the race, on March 14, leaving him just over two weeks in the period to fundraise.

His campaign said the average donation was $43, across roughly 218,000 contributions.

While O’Rourke raised an explosive $80 million for his 2018 Texas senate race, he spent essentially all of it, and didn’t enter 2019 with a base of transferable funds like those available to some of the senators in the race, such as New York Sen. Kirsten Gillibrand and Massachusetts sen. Elizabeth Warren. His campaign reported having just under $6.9 million in cash on hand entering the second quarter. 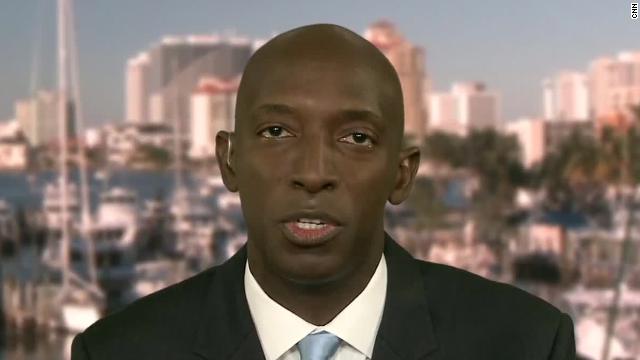 A Florida mayor making his first bid for the presidency already has corrected his first-ever presidential campaign report.

Earlier Monday, Wayne Messam, the chief executive of Miramar, Florida, filed a fundraising report with the Federal Election Commission, showing he collected nearly $84,000 in his longshot bid for the Democratic presidential nomination.

Turns out, that number was a little high.

He actually raised a little more than $43,500 – apparently the result of errors in accounting for some contributions processed through ActBlue, an online fundraising platform. He filed a corrected report later Monday with the lower figure.

His campaign did not immediately respond to a CNN request for more information. 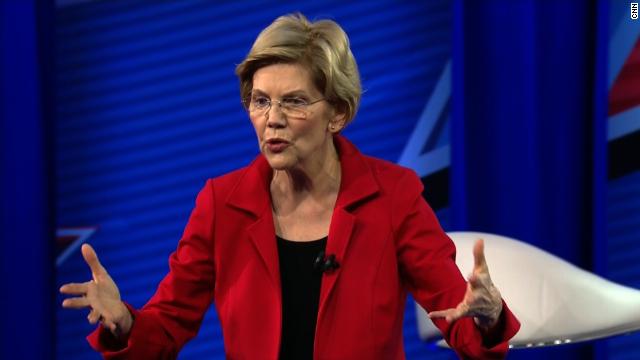 Elizabeth Warren spent $1.2 million on staff in the first quarter of 2019, her largest expenditure category, while posting a $6 million fundraising haul that was likely undercut by her strict self-imposed fundraising restrictions.

In total, Warren spent nearly $5.3 million in the first three months of 2019, which included just over $1 million in internet advertising. She enters the second quarter of 2019 with just over $11.2 million in cash on hand in her presidential campaign account.

The Massachusetts senator made waves in the 2020 race with her primary fundraising pledge, part of an effort to highlight her commitment to fighting special interests. The scope of that pledge -- no fundraisers, dinners, receptions or phone calls with wealthy donors -- had enough of an impact to compel her finance director to resign in late March.

The effect of that decision is visible in Warren’s first quarter fundraising report. Despite an early entrance into the race -- on New Year’s Eve, giving her a full three months of the quarter to fundraise -- Warren’s $6 million haul lagged behind early frontrunners like Vermont Sen. Bernie Sanders ($18.2 million) and California Sen. Kamala Harris ($12 million).

Still, Warren was able to transfer over $10.4 million to her presidential campaign from her Senate campaign account, more than any other 2020 Democrat had available to start the White House race. And Warren had one of the higher percentage of contributions under $200, comprising over 70% of her individual contributions. 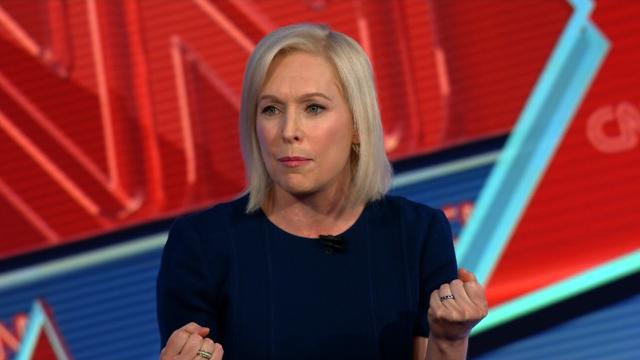 New York Sen. Kirsten Gillibrand will rely heavily on leftover funds from her US Senate campaign committee after a soft first quarter of fundraising for her presidential campaign, during which she raised just about $3 million.

Gillibrand transferred $9.6 million from her senate campaign account, leaving just under $650,000 there, and enters the second quarter with about $10.2 million in the account of her presidential campaign.

Just about 17% of Gillibrand’s individual contributions came from donors giving less than $200. The senator has spent over $2.4 million since her 2020 campaign launch, with nearly $840,000 going to communications consulting, the campaign’s top expenditure category.

Gillibrand’s first quarter haul lagged behind the reported totals of some of her senate colleagues -- Sen. Bernie Sanders paced the field with about $18.2 million, but Gillibrand was also outperformed by: Sen. Elizabeth Warren ($6 million), Sen. Cory Booker ($5 million) and Sen. Amy Klobuchar ($5.2 million).

Still, Gillibrand had the second-most money available in her Senate campaign account at the beginning of 2019, with $10.3 million banked. She is behind only Warren, who had just over $11 million to bring to the race. That gives the New York Democrat some breathing room despite her lackluster Q1. 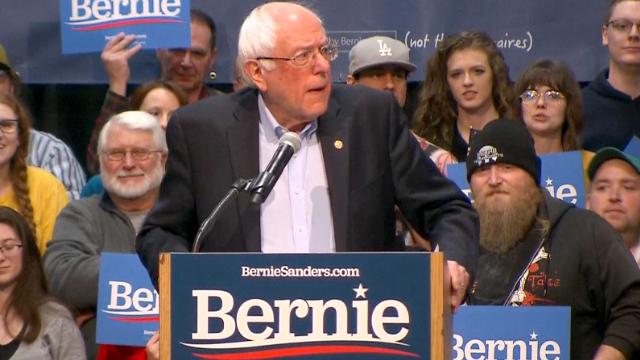 Vermont Sen. Bernie Sanders set the standard for small-dollar fundraising in the first quarter, bringing in about $18.2 million from individuals, 84% of which came in contributions under $200. Sanders also transferred $2.5 million from his US Senate campaign account to his presidential campaign.

Sanders' first quarter report reflected the grassroots fundraising strength of his 2020 presidential campaign, and he enters the second quarter with a commanding financial lead over the rest of the presidential field. His campaign previously revealed they had received over 900,000 contributions from over 525,000 unique donors -- the most of any 2020 Democrat -- with an average contribution of $20.

Between his 2020 presidential campaign, Senate campaign account and leftover funds from his 2016 presidential campaign, Sanders has $26.6 million of available funds with which he can fund his White House bid going forward. Earlier this month, the campaign reported it had $28 million in cash on hand. The discrepancy between the two numbers was because of late expenses and refunds, campaign spokeswoman Arianna Jones told CNN Monday.

Sanders’ first quarter report also revealed that he spent just over $5 million since entering the race. The campaign spent the most on digital advertising, a little over $1.5 million, followed by “event/sound/staging” for campaign events, totaling nearly $790,000.

Here’s an early evening snapshot of first-quarter fundraising totals,* either announced by the campaigns or filed with the Federal Election Commission: 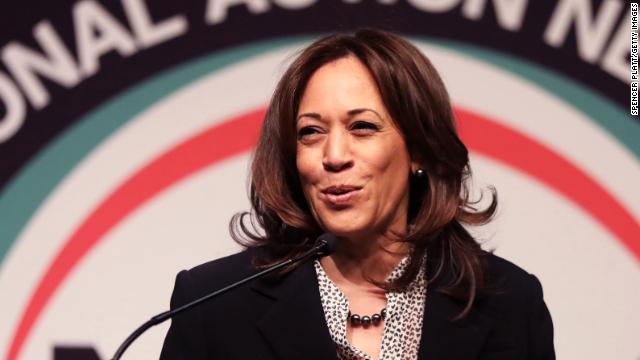 US Sen. Kamala Harris spent more than $4.1 million, or little more than a third, of the money she raised during the first quarter of her presidential campaign on operating costs, new filings with the Federal Election Commission show.

A field of nearly 20 candidates is jockeying for the right to take on President Donald Trump in the 2020 general election.

About 37% of the money Harris raised came from donors who contributed in amounts of $200 or smaller. She started April with one outstanding bill: $65,000 owed to the Oakland Police Department for security, according to her filing with federal regulators. Harris held her kickoff rally in her hometown of Oakland in late January.