Sen. Amy Klobuchar emphasized the need to stand with foreign allies and face international problems as well as opportunities during her 2020 campaign launch, Sunday.

The Minnesota Democrat alluded to President Donald Trump in her launch speech, saying that U.S. military and intelligence officials “deserve better than foreign policy by tweet.”

“We must respect our frontline troops, diplomats, and intelligence officers … They deserve better than foreign policy by tweet,” Klobuchar said.

Democratic Sen. Kirsten Gillibrand lauded Sens. Elizabeth Warren and Amy Klobuchar on Twitter Sunday after both senators officially kicked off their campaigns for the 2020 presidential race this weekend.

"I'm so excited to have three of my Senate sisters officially in the race for the presidency -- fearless women fighting for progressive values and changing the face of leadership. What a great weekend for America."

Standing in the snow in Minneapolis, she said, “On an island in the middle of the mighty Mississippi, in our nation’s heartland, at a time when we must heal the heart of our democracy and renew our commitment to the common good, I stand before you as the granddaughter of an iron ore miner, the daughter of a teacher and a newspaperman, the first woman elected to the United States Senate from the State of Minnesota, to announce my candidacy for President of the United States.”

Klobuchar told the rally the "sense of community is fracturing across our nation right now, worn down by the petty and vicious nature of our politics. We are all tired of the shutdowns and the showdowns, the gridlock and the grandstanding.”

"Today we say enough is enough. Our nation must be governed not from chaos but from opportunity. Not by wallowing over what’s wrong, but by marching inexorably toward what’s right.”

The group, which was launched in Minnesota’s Twin Cities in 1971, has performed at major events over the years including Olympics, the Grammys and worldwide charity benefits.

At an outdoor event on Boom Island Park in Minneapolis, Minnesota, Sen. Amy Klobuchar is expected to announce her 2020 presidential bid in front of a crowd of supporters who have gathered in 13-degree weather.

With a thick layer of snow on the ground at the park, snow blowers are out, and volunteers are frantically working to clear walkways for people.

The skyline of Minneapolis is barely visible behind the stage that is set up and the banks of the freezing Mississippi River – expected to be central to Klobuchar’s speech – are covered in snow.

It is expected to be snowing and 15 degrees when the senator takes the stage at 3 p.m. ET.

A Klobuchar aide says that they prepared for this by building warming tents for attendees, volunteers and the press.

Most attendees are unphased by the weather – and, in fact, give Klobuchar credit for announcing outside in February.

“It just truly represents Minnesota,” said Renee Anderson, a 22-year-old from Bloomington. “If somebody doesn’t want to come to an event that is outside in Minnesota, do they really live here? Are they really excited?”

Scott Herzog, a 50-year-old manufacturer from West St. Paul said the same as he stood in front of the stage two hours before the event starts: “This is true Minnesota: Snow and Amy Klobuchar.”

Democratic Sen. Elizabeth Warren on Sunday predicted that President Donald Trump may be in jail by Election Day in 2020.

Warren, who officially launched her presidential campaign on Saturday, made the comment at an event in Cedar Rapids, Iowa, telling voters that “By the time we get to 2020, Donald Trump may not even be President.”

“In fact, he may not even be a free person,” she said.

The moment marked a notable shift in tone for Warren, who has been reticent to directly take on Trump by name since she announced her exploratory campaign committee on New Year’s Eve.

She added about Trump: “Every day, there’s a racist tweet, a hateful tweet, something really dark and ugly. And what are we, as candidates, as activists, the press, going to do about it? Are we going to let him use those to divide us?” 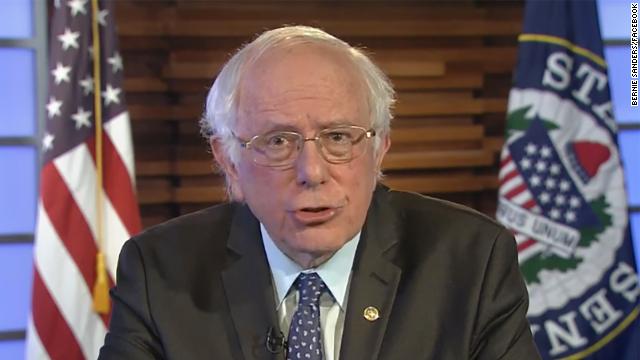 From this week's "Inside Politics" forecast:

Sen. Elizabeth Warren is the latest Democrat to throw her hat into the ring and her colleague, Sen. Amy Klobuchar, is close to announcing her own decision.

"He really has the power to reshape the field," Time's Molly Ball said. "This candidate who took everybody by surprise in 2016 has really held onto a large part of his following."

The problem, Ball said, is all the other candidates who are following Sanders' progressive playbook.

"So many candidates are running to the left, embracing free college, embracing Medicare for all, and embracing themes of economic inequality."

Ball said a decision on whether to run is likely imminent. "He's really looking at whether a lane remains for him in such a crowded field." 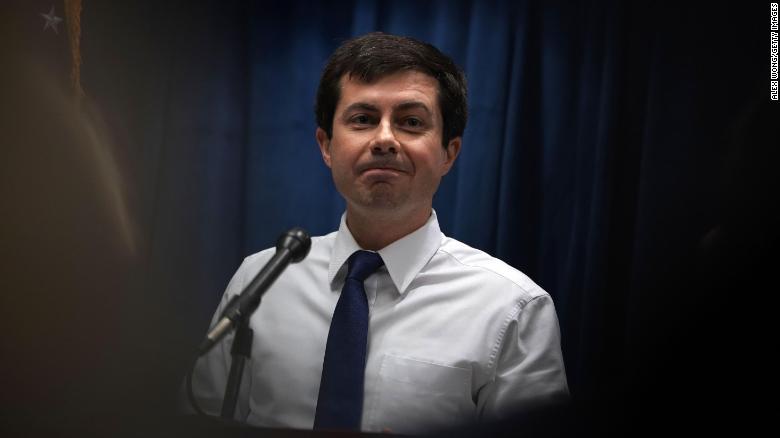 President Donald Trump invoked long-held taboos about socialism in the United States in his recent State of the Union address.

Pete Buttigieg, mayor of South Bend, Indiana, and a potential 2020 presidential contender, suggested those ideas are outdated. (If elected, Buttigieg would be the nation's first openly gay president and the youngest person ever to hold the office.)

On CNN's "State of the Union" Sunday, Jake Tapper asked Buttigieg about whether Trump's words could be used as an effective attack against Democrats. Here's what Buttigieg said.

I think he's clinging to a rhetorical strategy that was very powerful when he was coming of age 50 years ago, but it's just a little bit different right now.

I know, if you grew up during that Cold War period, then you saw a time in politics when the word socialism could be used to end an argument. Today, I think a word like that is the beginning of a debate, not the end of the debate.

Look, America is committed to democracy, and we're essentially a market-based economy. But you can't -- you can no longer simply kill off a line of discussion about a policy by saying that it's socialist. If someone my age or younger is weighing a policy idea, and somebody comes along and says, you can't do that, it's socialist, I think our answer is going to be, OK, is it a good idea or is it not?

"So, I think the word has mostly lost its meaning. And it's certainly lost its ability to be used as a kill switch on debate," Buttigieg said.

Wyoming Republican Rep. Liz Cheney said Sunday that Democratic Sen. Elizabeth Warren's repeated claim that she has Native American heritage has made her a "laughingstock."

"I have concerns about somebody like Elizabeth Warren pretending to be a Native American. The notion that anybody of any party would pretend that they were a member of a tribe or would pretend that they were Native American and would do it as she seems to have done it in order to get benefits, that is in my view the disgrace," Cheney told CNN's Jake Tapper on "State of the Union."

"And so I think, you know, she's made herself a laughingstock. I wonder whether or not anybody around her is saying 'you know, it's time to say this just isn't going to work,'" she said.

Cheney also suggested that the recent revelation by the Washington Post that Warren wrote in 1986 that her race was "American Indian" in a Texas state bar registration card could be grounds for disbarment.

"If you misrepresent yourself on your application to the bar, I'd say it probably is grounds for disbarment. So she -- she's made herself a laughingstock," she said, adding that "it's clear that, you know, she's somebody who can't be trusted.