In his congressional testimony, Dr. Anthony Fauci told lawmakers that a coronavirus vaccine may not be available to all Americans immediately, but in phases.

“I believe ultimately over a period of time in 2021, if we have — and I think we will have — a safe and effective vaccine, that Americans will be able to get it,” he said. “I don't think that we'll have everybody getting it immediately in the beginning. It probably will be phased in. And that's the reason why we have the committees to do the prioritization of who should get it first. But ultimately, within a reasonable period of time, the plans now allow for any American who needs a vaccine to get it within the year 2021.”

The nation’s top infectious disease expert reiterated that he is “cautiously optimistic” that a coronavirus vaccine will be ready by the end of the year to be distributed in 2021.

He also reassured lawmakers that all safety precautions will be taken by the FDA before the vaccine is made available to the public, encouraging all Americans to take the vaccine.

“I think the American public should be assured that in the process of determining the safety and efficacy, the proper steps have been taken to determine that, and when a vaccine becomes available it's important for their own health and for the health of the country to take that vaccine.”

Dr. Anthony Fauci, the director of the National Institute of Allergy and Infectious Diseases, told lawmakers Friday that he hopes China and Russia are "actually testing the vaccine before they are administering the vaccine to anyone."

Speaking during a House subcommittee hearing, Fauci said "claims of having a vaccine ready to distribute before you do testing, I think, is problematic at best."

Fauci explained the US is moving in a "rapid" but "prudent" way.

"We are going very quickly. I do not believe that there will be vaccines so far ahead of us that we will have to depend on other countries to get us vaccines. I believe the program that is being sponsored by us right now, and being directed and implemented by us, is going at a very rapid speed — prudent, but rapid," Fauci said.

Some context: CNN learned earlier this week that Russia intends to be the first in the world to approve a coronavirus vaccine, in less than two weeks. And despite concerns about its safety, effectiveness and over whether the country has cut essential corners in development, interest in the vaccine has already been expressed by at least 20 countries and some US companies, Russian officials say.

Officials told CNN on Wednesday that they were working toward a date of August 10 or earlier for approval of the vaccine, which has been created by the Moscow-based Gamaleya Institute. It will be approved for public use, with frontline healthcare workers getting it first, they said.

Dr. Anthony Fauci, the director of the National Institute of Allergy and Infectious Diseases, told lawmakers Friday that he doesn't think it’s a dream to say that a coronavirus vaccine could be ready by the end of the year or early 2021.

"I believe it will occur," Fauci told Rep. Carolyn Maloney (D-NY) during a House subcommittee hearing, and emphasized that safety standards and scientific integrity are not being compromised for speed.

"I know to some people this seems like it is so fast that there might be compromising of safety and scientific integrity, and I can tell you that is absolutely not the case. The rapidity with which we're doing it is as a result of very different technologies."

Fauci said early data from Phase 1 of the vaccine being developed by Moderna and NIAID was very favorable, but he added there are also other vaccines the government is involved with.

"As I've said often and I'll repeat it for the record now: There's never a guarantee that you're going to get a safe and effective vaccine, but from everything we've seen now, in the animal data, as well as the early human data, we feel cautiously optimistic that we will have a vaccine by the end of this year and as we go into 2021. So I don't think it's dreaming, Congresswoman. I believe is the reality, and we've shown to be a reality," Fauci said.

As the start of the school year creeps closer and some states continue to see surges in cases, Dr. Robert Redfield, director of the US Centers for Disease Control and Prevention, reiterated his stance that schools should reopen this fall.

"I think it's important to realize that it's in the public health best interest of K-through-12 students to get back in face-to-face learning. There's really very significant public health consequences of the school closure," Redfield said.

Redfield outlined some of these consequences, including student access to mental health services.

"Clearly we're seeing less reporting of it, and again, I think it's a direct consequence of the school closures. 7.1 million kids get their mental health services at school, they get nutritional support as we've mentioned from schools," he said.

Dr. Anthony Fauci echoed Redfield's comments later on in the hearing, saying that a "default position despite the fact that we have to have flexibility" would be to try "as best as we possibly can in the context of the safety of the children and the teachers" to reopen the schools.

Fauci pointed to the psychological consequences on children and "downstream unintended consequences on families" as important reasons for aiming to open educational establishments. 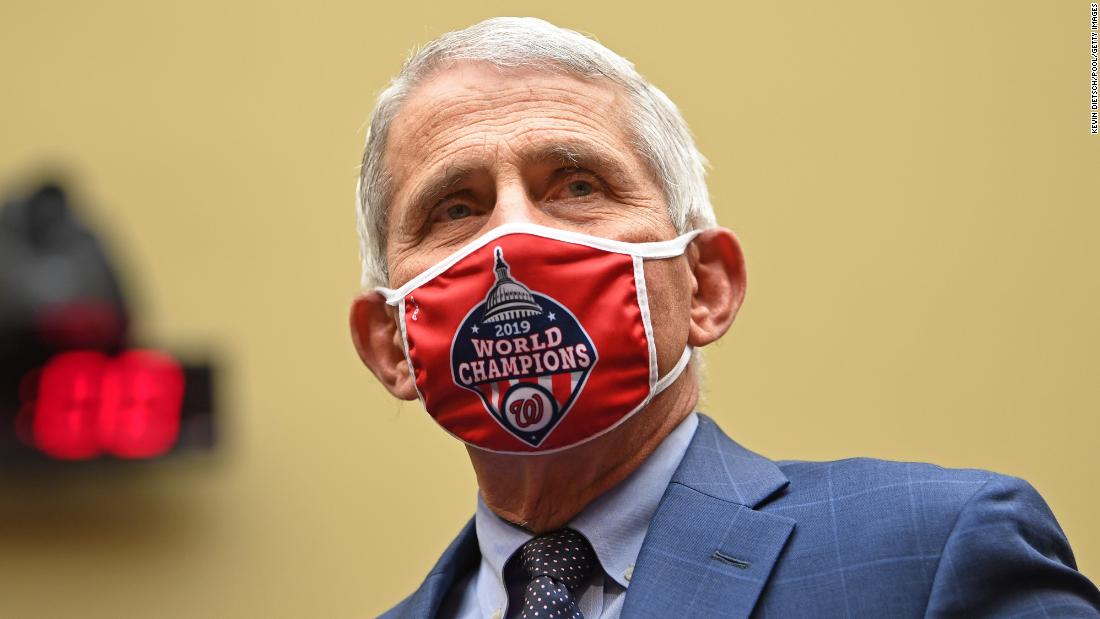 Dr. Anthony Fauci, director of the National Institute of Allergy and Infectious Diseases, said Friday that 30,000 individuals have started to enroll in the first Phase 3 clinical trial of a coronavirus vaccine in the United States which started Monday.

The investigational vaccine was developed by the biotechnology company Moderna and NIAID.

"As I mentioned, the Phase 3 trial has already started; 30,000 individuals were already starting to enroll," Fauci said during his opening statement for the House Select Subcommittee on the Coronavirus Crisis.

Fauci also said that, as of last night, more than 250,000 people have registered interest in trials for a coronavirus vaccine. He asked individuals who have expressed interest to go to coronaviruspreventionnetwork.org "to make sure that we have a diverse representation."

"I just want to use my last couple of seconds to urge anyone who's listening who wants to participate to please go to that website and register so that you can be part of the solution of this terrible scourge," Fauci said. 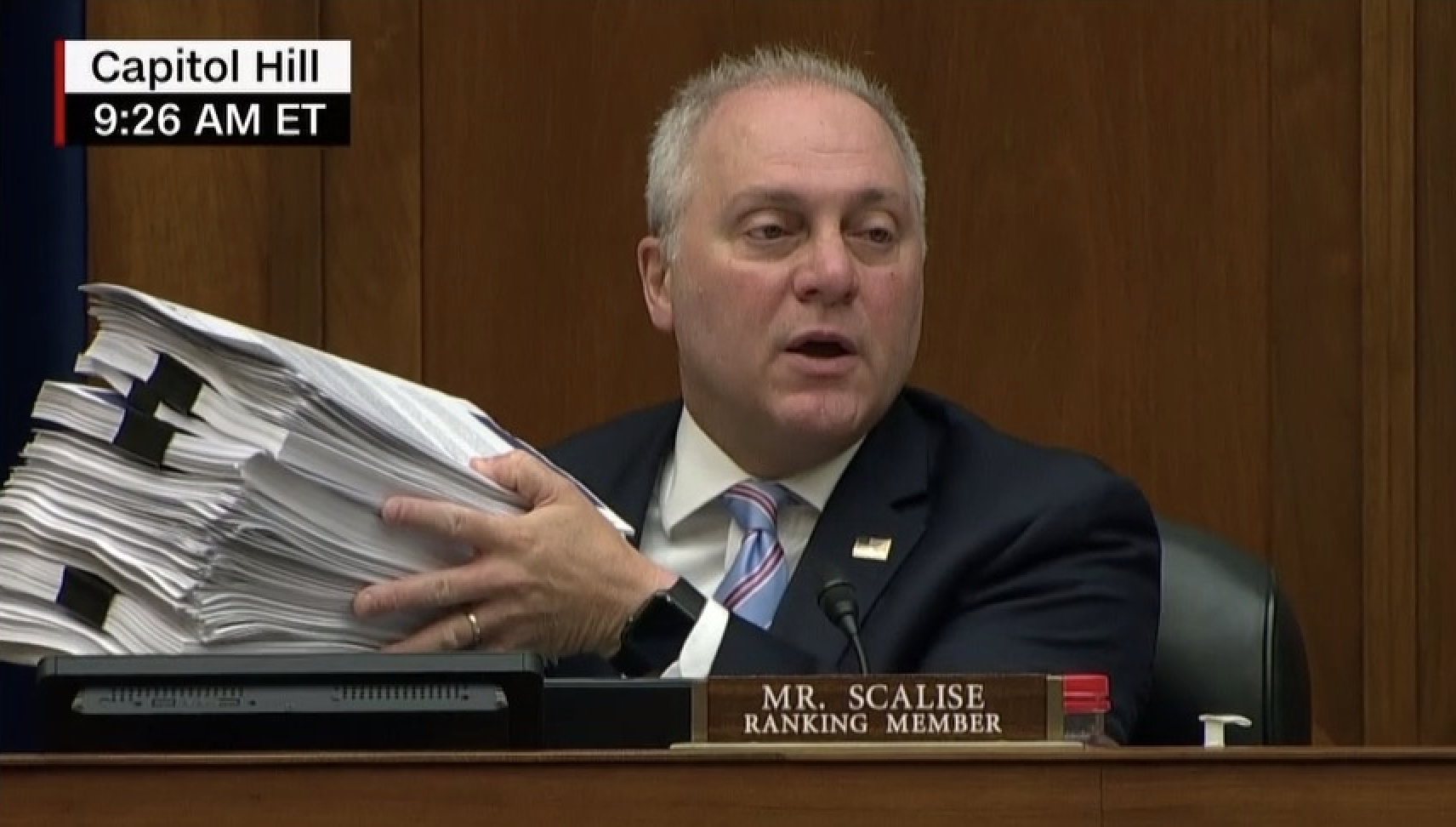