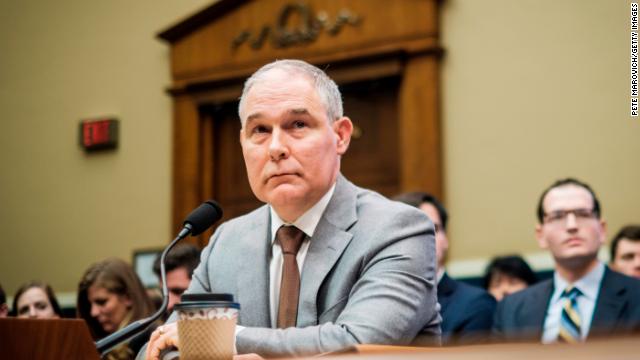 A spokesman for the EPA's Office of Inspector General told CNN that ongoing or pending reviews of Scott Pruitt will continue, even though he has resigned.

"Any ongoing or pending OIG reviews related to the Administrator and/or his team will continue—regardless of the administrator’s resignation," the spokesman said.

What we know about the investigation

Both the EPA inspector general and the Government Accountability Office (GAO) are reviewing an April 2017 meeting that Pruitt had with the National Mining Association regarding the Paris climate agreement, which critics said may have violated anti-lobbying laws

Here's what we know about Wheeler:

Environmental Protection Agency officials are reeling from the news that EPA Administrator Scott Pruitt has resigned — something many inside the EPA had begun to believe might never happen.

"Still in shock to be honest," one EPA official told CNN. "Incredible that he lasted as long as he did."

Pruitt had lost the confidence of much of the EPA's career and political appointees, but many of those eager to see him resign had begun to lose hope that he would resign or be pushed out by the President.

“Scott Pruitt's reign of venality is finally over. He made swamp creatures blush with his shameless excesses. All tolerated because President Trump liked his zealotry. Shame.” 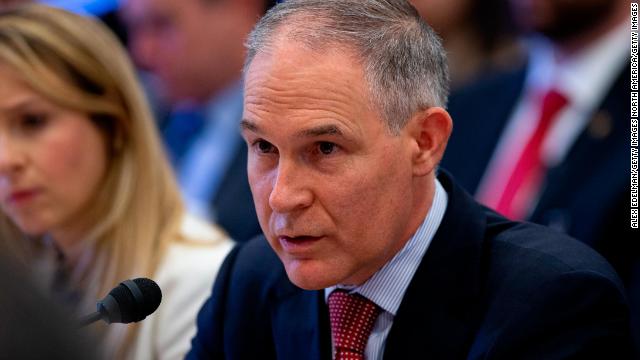 Scott Pruitt faced a steady stream of negative headlines in recent weeks and months. Here's a look at some of the controversies: 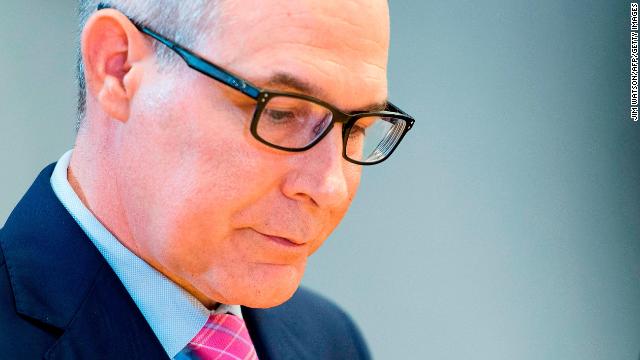 Pruitt's resignation follows months during which he has been embroiled in one ethics controversy after the next.

Some background: Questions over Pruitt’s spending have been especially frequent: Documents showed showed the EPA spent more than $30,000 on security for Pruitt's 2017 trip to Italy and $14,000 on charter flights around Oklahoma that summer. A report from The Washington Post in March outlined further travel expenses from Pruitt, totaling about $68,000 and including a nearly $20,000, four-day trip to Morocco and a series of first class flights.

Pruitt also reportedly lived for about six months in a Capitol Hill condo owned by a health care lobbyist whose husband has lobbied the EPA and payed below the market rate.

His chief of staff signed on his behalf approving large raises for two of his close aides, and sources say Multiple senior EPA officials were demoted after they raised concerns about Pruitt’s spending.