In honor of the late Rep. Elijah Cummings, his office at the Capitol and seat on the House Oversight and Reform Committee were draped in black.

See the photos below:

Acting Chief of Staff Mick Mulvaney said he sent his condolences to the family of Rep. Elijah Cummings following his death Thursday.

Mulvaney recalled his time in Congress with Cummings, saying he “will be missed” and was “classy guy and I enjoyed very much working with him.”

“He will be sorely missed,” Mulvaney told reporters at a briefing today.

The NAACP said it was "deeply saddened" by Rep. Elijah Cummings' death, but was "profoundly grateful" for his contributions.

In a statement, the organization praised Cummings' civil rights efforts.

"He demanded justice on every front and never shied away from standing up for the most vulnerable," the NAACP said.

"The NAACP mourns the passing of Congressman Elijah Cummings — a resounding civil rights icon that prevailed in the face of adversity against all odds.
As a statesman devoted to Baltimore and the civil rights movement, Congressman Cummings was among the most passionate and spirited members of Congress. He demanded justice on every front and never shied away from standing up for the most vulnerable.
From his days in the Maryland General Assembly to his tenure as chairman of the House Oversight and Reform Committee, Congressman Cummings dedicated his life to combating oppression in all its forms — and holding oppressors accountable.
Congressman Cummings consistently brought attention to the plight of African-Americans and oppressed populations throughout his 23-year service in the U.S. House of Representatives. A native and proud member of the Baltimore community, he consistently took action on policies and legislation that improved his district.
We are deeply saddened by his passing, but profoundly grateful for the contributions he made in his lifetime. The NAACP extends our sincere condolences to his family and sends prayers of comfort and strength for the days to come."

Former President Barack Obama said he and his wife Michelle are "heartbroken over the passing of our friend, Elijah Cummings."

“It’s a tribute to his native Baltimore that one of its own brought such character, tact, and resolve into the halls of power every day," he said in a statemnet.

"And true to the giants of progress he followed into public service, Chairman Cummings stood tallest and most resolute when our country needed him the most. May his example inspire more Americans to pick up the baton and carry it forward in a manner worthy of his service."

Cummings was one of the earliest supporters of Obama's presidential candidacy back in 2007 when many members of the Congressional Black Caucus and others were backing Hillary Clinton's campaign.

At that time, Cummings told CNN reporters how he believed African American voters would ultimately rally around Obama if he showed signs of being able to win.

Back then, Cummings told CNN: "People say, 'He's like my son or my grandson and before I die, I'd like to have the chance to vote for someone who can win." 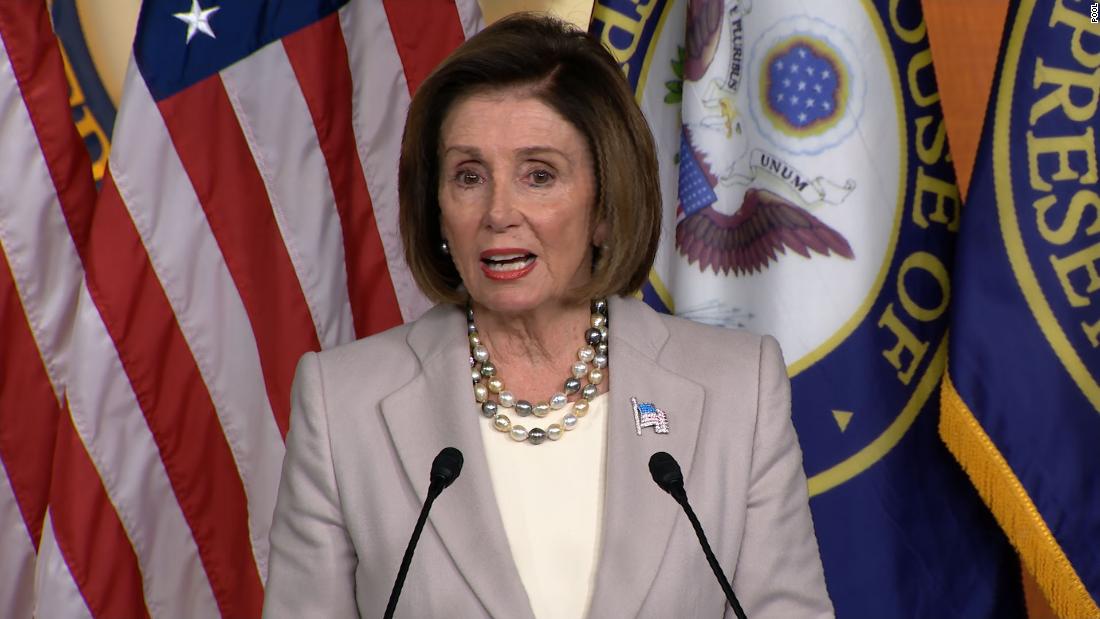 Nancy Pelosi kicked off her weekly press conference today with a remembrance of Elijah Cummings. She said when he served in the Maryland House, he was already a powerful voice.

"When Elijah Cummings would stand up in the state legislator, in the house of delegates as it's called there, the room would fall silent," Pelosi said. "Everyone wanted to hear what Elijah has to say. "

Pelosi appeared to choke up as she announced that at a hearing this morning House members discussed naming legislation that would lower the cost of prescription drugs after Cummings, which she said was "so appropriate."

"Elijah was a fighter for low income and prescription drugs, reaching across the aisle to do so. He always chose to reach across the aisle and treat all of our colleagues with respect and even had dialogue with the President for a while on this subject."

Pelosi added that she's personally "devastated by the loss" of Cummings, and called him her "brother from Baltimore." 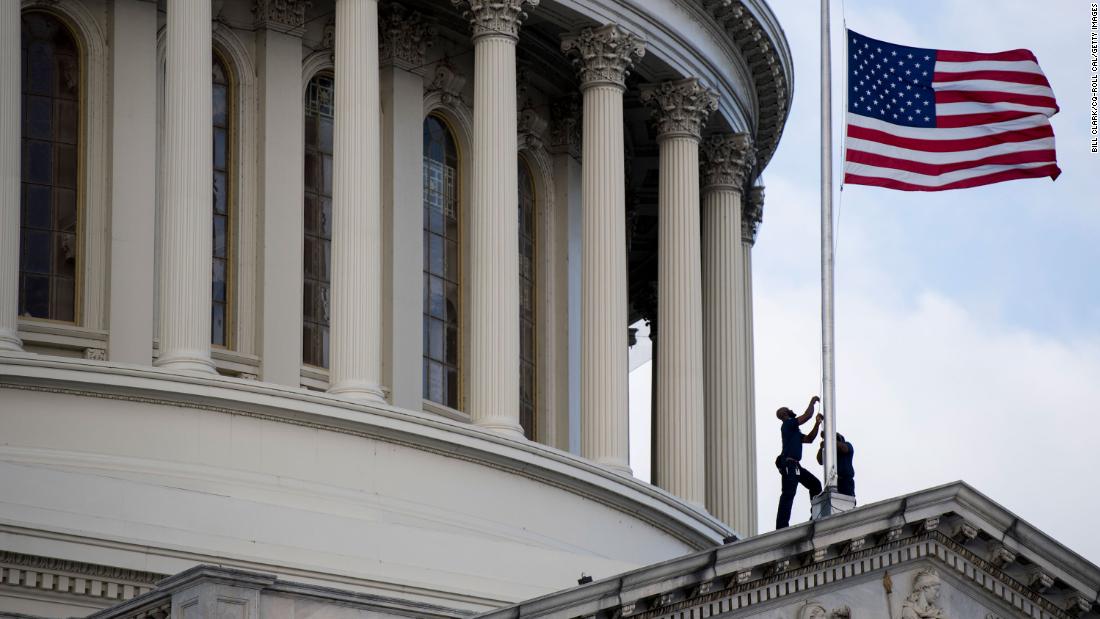 Speaker of the House Nancy Pelosi has ordered flags at the US Capitol to be lowered to mark Rep. Elijah Cummings' death, her deputy chief of staff tweeted.

Graham called Elijah Cummings a “good man,” who would “help you where he could,” even if you disagreed with him. Graham said with Cummings passing “there is a void in the House today that will be hard to fill.”

Feinstein said Cummings was a “special man,” and “a man who could reach out, a man who was respected, who crossed party lines.”

“Our country has really suffered a great loss,” Feinstein added, saying he was a “man of conscience” who “fought tirelessly” for the people he represented in Baltimore. 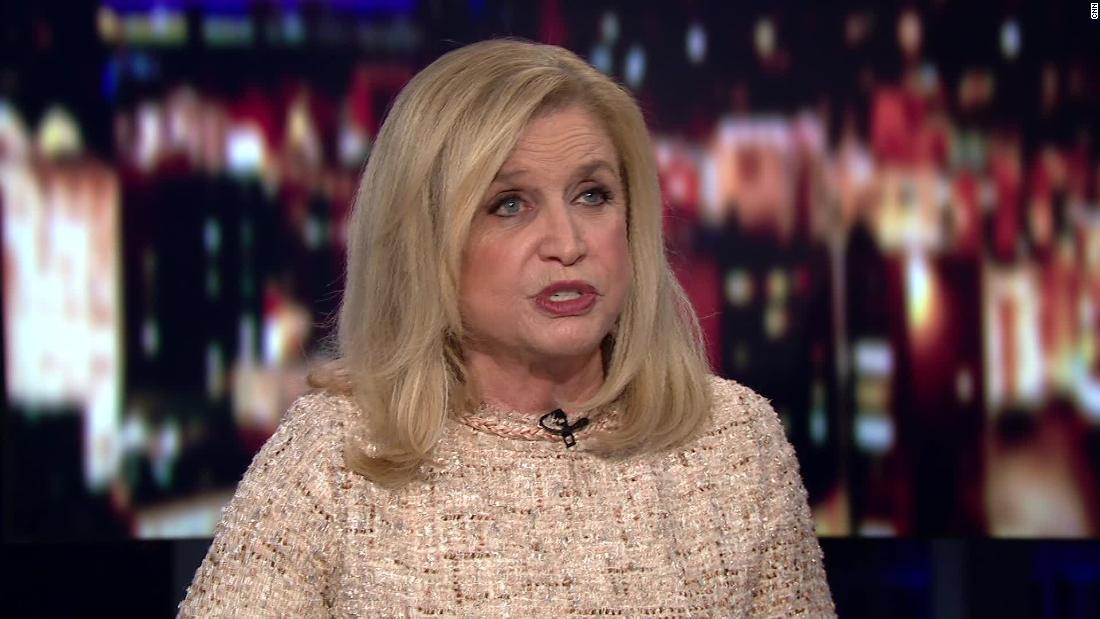 Rep. Carolyn Maloney issued a statement on the death of Chairman Elijah Cummings, saying he “represented grace, dignity and empathy under the most trying of circumstances.”

She makes no mention of her new role as acting chair of the House Oversight Committee. She added that Cummings' legacy "should be an inspiration to us all."

"I'm deeply saddened by the news of Chairman Cummings' passing. Our nation has not only lost a true leader and pioneer, but I have lost a dear friend and mentor.
In an era where our politics have been plagued by coarseness and personal attacks, Elijah represented grace, dignity and empathy under the most trying of circumstances.
His legacy - his fight for fairness, justice, and equality - should be an inspiration to us all.
My heart goes out to his family."

“Pursuant to House Rules, Rep. Carolyn Maloney becomes Acting Chair as number two in seniority on the committee. The caucus process to elect a permanent Chair will be announced at a later time.”

The Oversight Committee is one of the panels involved in the impeachment inquiry of Trump.