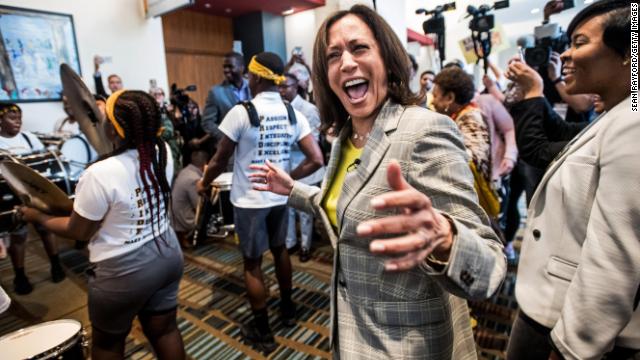 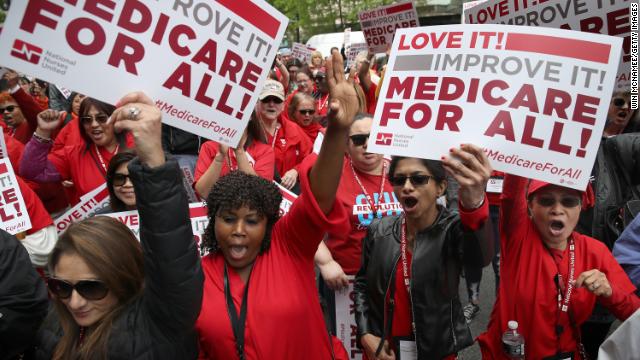 Interestingly, more voters trust Sanders (26%) on health care than any other candidate.

I say interestingly because CNN also asked voters whether they wanted a national health care plan and followed up with whether private insurance should be eliminated among those who said yes.

Despite some heavy hitters saying that private insurance should all but be eliminated, just 30% of potential Democratic primary voters feel that way. The plurality, 49%, said that there should be a public option. Another 13% don't want any government run plan.

Take a look at the breakdown by candidate. Only 21% of Biden backers want to get rid of private insurance. That percentage drops down to 18% among Harris backers. Perhaps a sign that she would be wisest to stick with the idea that there should be private insurance plans.

This makes a lot sense given that 51% of self-described very liberal Democratic voters want to get rid of private insurance. Among somewhat liberal and moderate/conservative Democrats, only about 25% do. 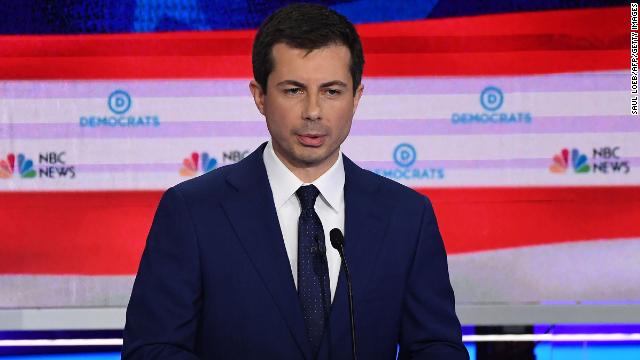 Besides Joe Biden, our poll has to be the most disappointing for Pete Buttigieg. Buttigieg announced earlier today that he had raised nearly $25 million in the second quarter.

Yet, Buttigieg comes in with only 4% support in the race for the Democratic nomination. That's down from 5% from in late May and 7% in late April.

Buttigieg's big problem continues to be black Democrats. He scores 0% with them in our poll, which is actually less than the 1% he had with them in a combined sample of our April and May polls.

Buttigieg, though, doesn't really do well with any group. Among no ideological group (moderate/conservative, somewhat liberal or very liberal) does he get better than 5%. He pulls in a mere 8% among college-educated whites who have traditionally been his best group.

Perhaps most amazingly, Buttigieg earns 8% of the vote from those who hold a favorable view of him. This represents a slight drop for him of 12% from this same group of voters in late May. The Democratic primary leader among this group who holds a favorable view of Buttigieg (48% of the potential primary electorate) is actually Harris at 25%.

Part of Buttigieg's lackluster polling may be that he seems to have been outshone by Harris in last week's debate. Among those who watched or paid close attention to at least one debate, 41% said Harris did best. Just 3% said Buttigieg. 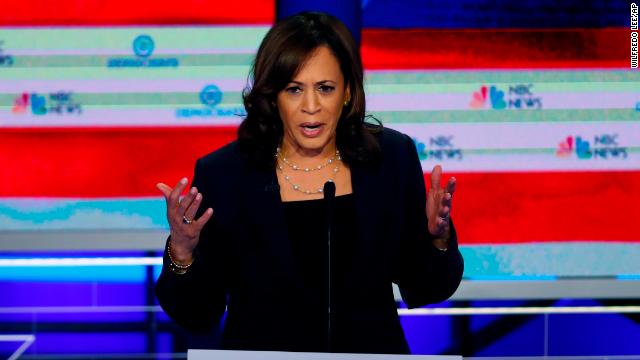 The fall of Biden and rise of Harris follows a pivotal debate moment in which Harris forcefully confronted Biden over his opposition in the 1970s and '80s to federally mandated desegregation busing. Harris was widely viewed as coming out better from that exchange.

Rounding out the top three is Massachusetts Sen. Elizabeth Warren, who comes in with 15%. This is higher than the 7% she took in CNN's May poll, though the same as she scored in a Monmouth University poll in mid-June.

The only other candidate to hit double digits is Vermont Sen. Bernie Sanders, at 14%. That's a decline from 18% in our May CNN poll, but equal to what he took in from Monmouth in mid-June.

Amazingly, no other candidate hit even 5% in the over 20 person Democratic primary field. This includes South Bend Mayor Pete Buttigieg, who, despite raising nearly $25 million in the second quarter of 2019, received support from only 4% of voters.