MIT Technology Review tried to track all the different reports on the effect that automation will have on the workforce. There are a lot of them. And they suggest anywhere from moderate displacement to a total workforce overhaul with varying degrees of alarm.

One of the reports, by the McKinsey Global Institute, includes a review of how susceptible to automation different jobs might be and finds that hundreds of millions of people worldwide will have to find new jobs or learn new skills. Learning new skills can be more difficult than it sounds, as CNN has found at car plants, such as the one that closed in Lordstown, Ohio.

Sen. Elizabeth Warren has talked for more than 5 minutes. Meanwhile, Tom Steyer has spoken for less than a minute. 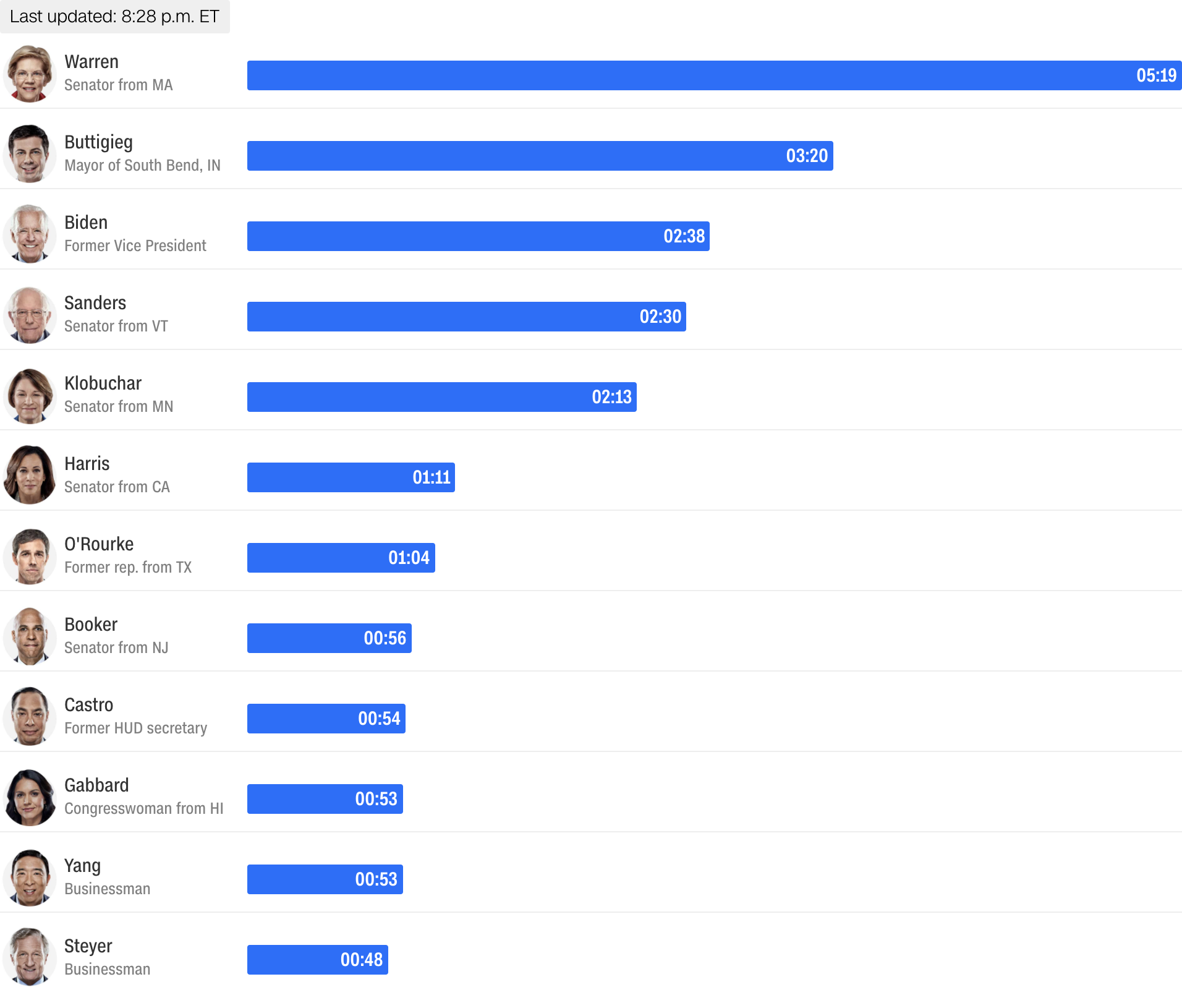 There are countless disagreements between the 12 Democrats on stage. Impeaching President Donald Trump is not one of them.

The first question tonight was on impeaching Trump, and nearly every Democrat on stage spoke at length about why they support moving toward impeachment proceedings against the President.

The near unanimity on impeachment highlights how many Democratic voters feel about Trump and how it behooves each presidential candidate to back ousting him from office. 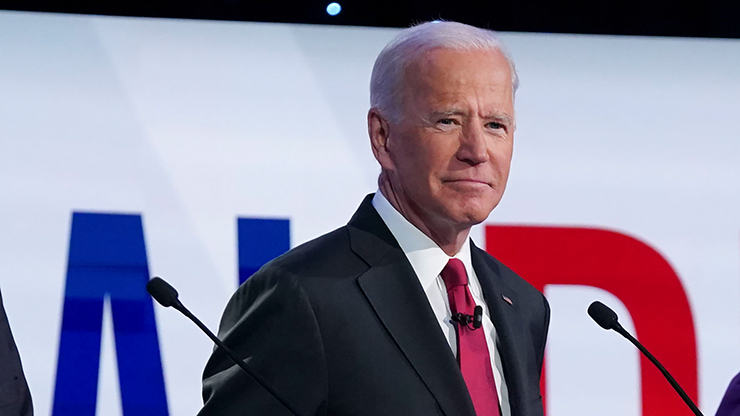 Businessman Tom Steyer, who is appearing tonight on the debate stage for the first time in the race, attacked President Trump, calling him the "criminal in the White House."

"I want to remind everybody that every candidate here is more decent, more coherent and more patriotic than the criminal in the White House," he said.

Steyer then went on to talk about his movement to impeach Trump.

"Two years ago, I started the need to impeach movement because I knew there was something wrong at 1600 Pennsylvania Avenue, that we did have the most corrupt President in the country and the voice and will of the American people would drag Washington to see it as a matter of right and wrong, not of political expediency. Impeaching and removing the president is something the American people are demanding," he said.

Pete Buttigieg says he is running for the 2020 Democratic nomination “to be the president that can turn the page” from Donald Trump’s presidency.

The South Bend, Indiana, mayor, asked those watching the debate tonight to imagine the day after Trump’s presidency ends.

“I want you to picture what it’s going to be like, what it’s actually going to feel like in this country the first day the sun comes up after Donald Trump has been president," he said.

On that day, Buttigieg said, the nation will be “vulnerable. Even more torn apart by politics than we are right now.” And the economy, climate change and other issues will still need to be addressed. “I’m running to be the president that can turn the page,” he said.

Sen. Kamala Harris said she would vote to remove President Donald Trump from office if he's impeached by the House is based on "being observant."

CNN's Anderson Cooper asked if she was "being fair to the President" when she said she'd would vote to remove him.

"Well, it's just being observant. Because he has committed crimes in plain sight. I mean, it's shocking but he told us who he was," Harris said.

Harris continued: "Maya Angelou told us, 'Listen to somebody when they tell you who they are the first time.' During that election, Donald Trump told us he could shoot somebody on Fifth Avenue and get away with it. He has consistently since he won been selling out the American people."

The first question at tonight's debate is all about about the impeachment inquiry into President Trump.

The question: "You have said there's enough evidence for President Trump to be impeached and removed from office. But the question is, with the election one year away, why shouldn't it be the voters who determine the President's fate?"

"Some times there are issues that are bigger than politics, and I think that's the case with this impeachment inquiry."

Instead, the candidates are diving straight into questions.

Here are the rules: