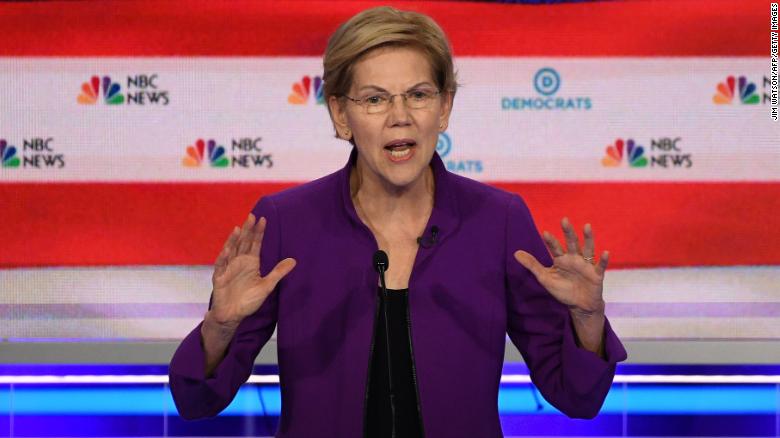 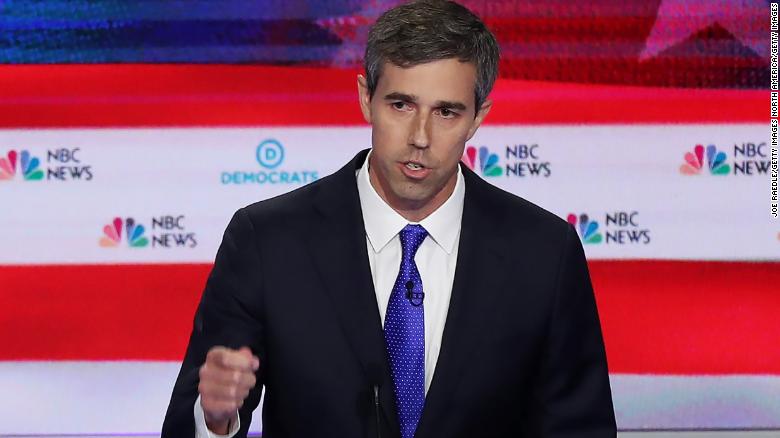 O’Rourke had just explained that he backed a plan that would allow Americans to opt into Medicare, but preserve a role for private insurance.

De Blasio jumped in, saying, “but private insurance is not working for tens of millions of Americans.”

The exchange between de Blasio and O’Rourke marked the first clash of the night -- and demonstrated how candidates tried to use the issue of health care to differentiate themselves.

Former Maryland Rep. John Delaney jumped in on O’Rourke’s side. “I think we should be the party that keeps what’s working and fixes what’s broken,” he said.

NBC's Brian Williams referenced the lecterns lined up on stage, but he called them "podia" -- a plural term for podium -- and confused a heck of a lot of people.

A podium, per that website, is "a small platform for the conductor of an orchestra, a public speaker, the recipient of a sports medal, etc."

Those aren't that. They're lecterns:

"a stand with a slanted top, used to hold a book, speech, manuscript, etc., at the proper height for a reader or speaker."

She doesn't take the debate stage until tomorrow night, but Sen. Kamala Harris is definitely watching.

The presidential candidate is rapid-fire tweeting about her opponents now. She sent this after Julián Castro's response about closing the pay gap.

Former Housing and Urban Development Secretary Julián Castro got a strong response from the audience when he pledged to pass the Equal Rights Amendment.

This came in response to a question about what he would do to close the pay gap between men and women.

The Equal Rights Amendment is a proposed amendment to the Constitution that would ensure equal rights – regardless of sex – to all Americas.

The first question at the first Democratic presidential debate was about the economy, and it was asked of Elizabeth Warren.

Here was the question:

"You have many plans: Free college, free child care, government health care, cancellation of student debt, new taxes, new regulations, the break up of major corporations. But this comes at a time when 71% of Americans say the economy is doing well, including 60% of Democrats. What do you say to those who worry this kind of significant change could be risky to the economy?

No surprise Warren gets the first question — about how she has so many proposals. What does she say to those who feel the significant change she seeks is not risky?
Her well-rehearsed-sounding answer hits all her key points: The economy is working for the wealthy and powerful, and not working for anyone else.