Our CNN poll conducted by the University of New Hampshire of the New Hampshire primary finds Bernie Sanders at 21%, Elizabeth Warren at 18%, Joe Biden at 15% and Pete Buttigieg at 10%. Tulsi Gabbard, Amy Klobuchar and Andrew Yang are all at 5%.

The poll is good news for Sanders, while it's mixed to bad news for Biden and Warren. There remains no clear runaway leader in the Granite State.

On the Republican side, Donald Trump leads the primary with 86%.

We also polled the Republican side of the ledger in New Hampshire. President Donald Trump leads the Republican primary with an astounding 86%. His closest competitor (Weld) is at 5%.

There are over three months until New Hampshire votes, but an 81-point lead is very large.

Moreover, a clear majority of likely Republican primary voters (61%) say they've made up their mind of who to vote for. That's the highest level this year.

Trump has an 85% favorable rating among likely primary voters. Every other Republican primary candidate tested in our poll has a negative net favorable (favorable - unfavorable) rating.

You might be wondering whether the current impeachment saga would have any effect on Trump. If anything, there's a rallying around the base. Just 8% of likely Republican primary voters want Trump impeached and removed from office. That's about equal to the sum vote percentage of his Republican competitors.

The vast majority (88%) don't want him impeached and removed. That's about even to the 86% Trump is scoring among Republican primary voters in the horserace.

The last time a Republican president faced a competitive primary challenge (George H.W. Bush in 1992), he was polling in the high 50s at roughly this point in the cycle. Trump is well ahead of that. 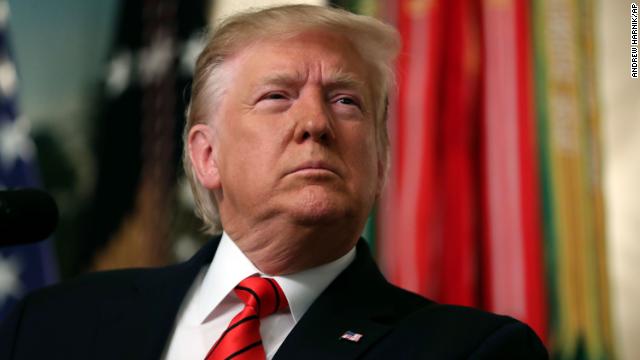 Just 42% of all New Hampshire adults want Trump impeached and removed. The majority, 51%, do not want that to occur.

These numbers look very close to a poll put out by The New York Times/Siena College last week in which only 43% of voters across six swing states that Trump supported impeaching and removing him. (New Hampshire was the closest state he didn't win.)

What makes these numbers especially interesting is Trump himself isn't popular in New Hampshire. He scores a 44% approval rating to 52% disapproval rating.

That means there are a chunk of folks disapproving of both Trump and of impeaching and removing him. 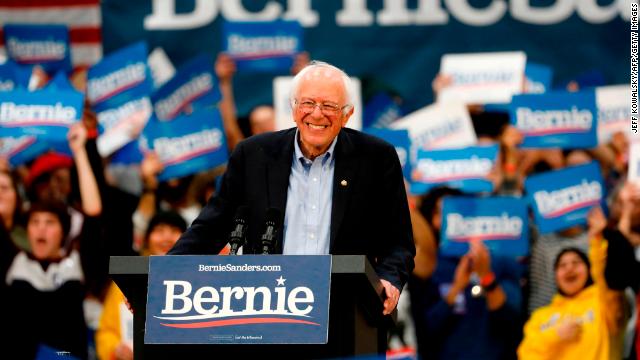 One of the more interesting dynamics of the 2020 primary is that Elizabeth Warren seems to have her own plan for everything -- everything except for health care, where she says she is with Sanders on "Medicare for All" (but she has not yet outlined how she would pay for it).

Sanders having his own plan seems to be breaking through with voters. When asked which candidate could best handle health care, it’s Sanders 33% to 17% for Warren to 15% for Biden.

The same gap between Sanders and Warren is apparent nationally as well. Sanders is more trusted on the issue by a 28% to 17% margin. It was the largest gap between the two on any issue tested. (They were basically tied with climate change.)

In New Hampshire specifically, climate change and health care tied at 16% (the top) for most important issue. It would therefore make sense that Sanders is quite competitive with Warren overall.

The question for Warren as she fights with Sanders is how to break free of him. She’s has had a stellar few months nationally, but has little to show for it in New Hampshire.

In the Granite State, Sanders is tied with her in the horse race, tied with her in favorability and is running ahead of her on the marquee issues. In fact, Warren's unfavorable rating is actually up 7 points since July.

A big part of Warren’s problem in our poll: those on the left. Sanders stands at 30% among those who call themselves extremely or fairly liberal; Warren’s at 25%. Nationally, Warren often crushes Sanders among these voters. 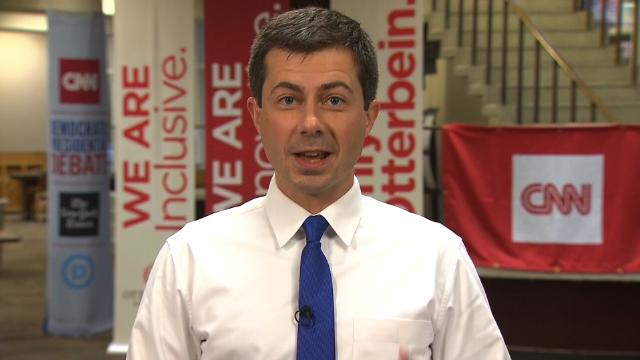 South Bend, Indiana, Mayor Pete Buttigieg’s 10% in this poll qualifies him for the December debate along two different polling thresholds. He’s now only the fourth candidate (along with Biden, Sanders and Warren) to qualify for that debate.

But the good news in this poll for Buttigieg goes beyond merely qualifying. Yes, his topline of 10% didn’t move up since July. Other key numbers did move up for him, however.

Buttigieg is now the second choice of 10% of likely primary voters. It was 6% in July. He’s the only candidate with at least 10% in first choice to see their second choice percentage go up since July.

Perhaps even more important is that 0% of voters say they wouldn’t vote for Buttigieg under any circumstance. For Biden, Sanders and Warren, it’s 11%, 7% and 11%, respectively.

The lack of dislike for Buttigieg is important in an unsettled field. It means voters of other candidates might be willing to settle on him.

Indeed, there’s not a big age or ideological pattern to Buttigieg’s support that we see for the other candidates in New Hampshire. The only noticeable divide is Buttigieg does better among college graduates, just like Warren.

The fact that Buttigieg escapes most of the divides marking the support of the other candidates may also give him a better shot of picking up support from an array of candidates down the road.

When I saw this poll, I was struck by the fact that no one was polling above 21%. Even in the largest fields (see: 2016 Republicans), there was a clear front-runner who was polling in Trump who was in the high 20s and 15 points ahead of the field.

The 21% Sanders scores (the highest in our poll) seemed to be quite low for the candidate who has the highest percentage in our poll.

Then I realized why it seemed so low: it's because it is. I can’t find a New Hampshire poll in which the candidate with the highest percentage was this low at this date in the primary process.

I looked at polls dating back since 1972, and the only real comparison is the 1992 Democratic polls. In that cycle, Mario Cuomo was polling between 30% and 40%, and he decided not to run in December 1991. When he was eliminated as an option, there were some polls (though not all) that had no one above 20%.

The lack of a clear front-runner is important because it suggests that this primary is far from settled. It means a far higher chance than normal that the candidate not leading could win the New Hampshire primary. It breathes new life into those campaigns under 10%.

Perhaps one of the most jaw dropping numbers in our poll is that a mere 23% of likely Democratic primary voters in New Hampshire say they have definitely made up their mind. That’s up from 16% in July and 9% in April. Still, it means that about three-quarters of voters still say they are persuadable.

That’s quite a bit larger than what we see nationally. Although the question was phrased a bit differently in our poll last week, 43% of potential primary voters nationally said they would definitely support a candidate. In other words, 20 points more of the New Hampshire electorate say that their minds can be changed, compared to the national electorate.

I also went back and looked at our Iowa poll taken last month. In that poll, we see something similar to what we’re seeing in New Hampshire. A mere 20% of likely Iowa caucus-goers say their mind is made up. The other 80% say they can either be persuaded to change their first choice or have no first choice.

The fact that voters in the first two contests seem to be saying “we’re not sure” is reflected in the low percentages of the front-runners. In neither Iowa nor New Hampshire are the leaders even getting to 25%.

In other words, there's a very long way to go in both states. 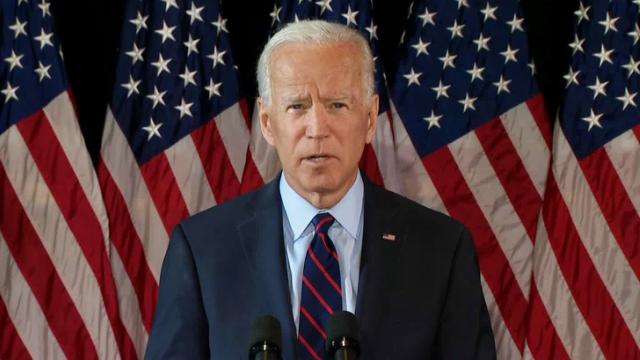 Joe Biden cannot love where he stands in the Granite State. He’s down to 15% of the vote in the first in the nation primary.

Moreover, the former vice president is not doing well with core groups. He only scores 20% with voters age 50 or older, which is much lower than the 45% he hit with them in our national poll last week. Biden gets just 20% among moderates and conservatives. Last week, he was at 43% with this group nationally.

Perhaps most disappointing for Biden is that he scores just 13% among those who say they are definitely supporting a candidate. Nationally and in Iowa, he’s first among this group. In New Hampshire, Sanders is first at 31%.

There are clear signs now that Biden leads in neither Iowa nor New Hampshire. If you look at the average of polls in Iowa and New Hampshire, someone other than Biden comes in first. The last candidate to win a presidential nomination without winning one of those states was Bill Clinton in 1992. 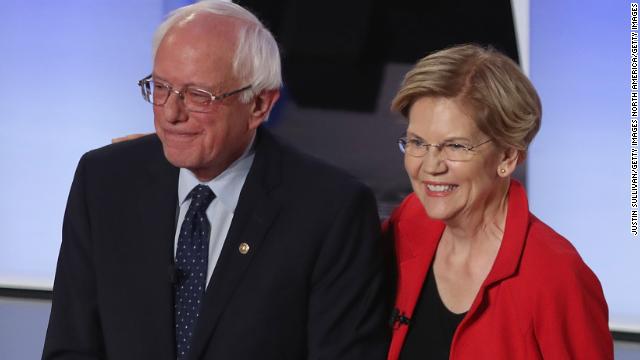 Former Vice President Joe Biden is outside this top tier at 15%. That's down from 24% in July. South Bend, Indiana, Mayor Pete Buttigieg breaks double digits, too, at 10%.

There is no clear front-runner, and there are seven candidates either in the lead or within 16 points of the lead. It’s the type of poll result that makes you think that New Hampshire’s Democratic primary is far from determined at this point.