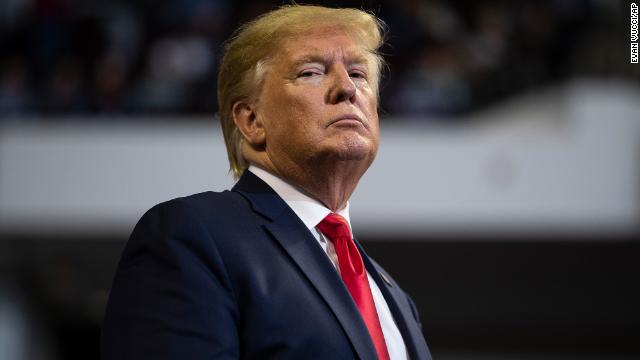 Our poll asked caucusgoers whether it was more important that the winner of the caucuses be someone who can beat Trump or that the winner shares their positions on major issues.

The clear majority, 63%, said the ability to beat Trump is more important, which is similar to previous polls on this question.

Buttigieg is ahead overall because he is dominating this group. Among those who prize electability, Buttigieg is lapping the field with 29%. The next closest are Biden at 17% and Warren at 16%.

Among those who say issue agreement is more important, Buttigieg is only at 15%. The candidate with the highest percentage among this smaller group is Sanders at 22%.

Interestingly, when specifically asked whether Buttigieg could beat Trump, just 16% of all caucusgoers said they were almost certain he could. Even among his own backers, only 27% said so. That's less than half the percentage of Biden's supporters who felt that way about Biden.

One wonders if there's a little leap in faith some new Buttigieg supporters are taking. 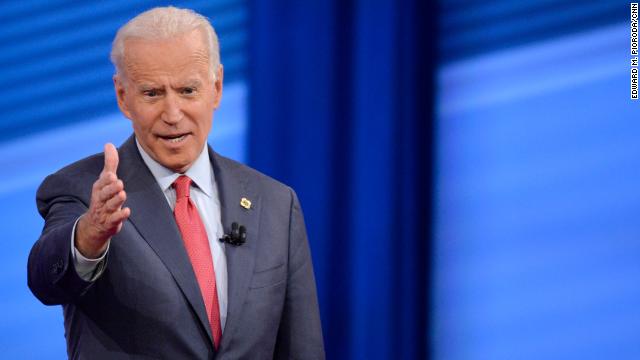 The topline number in our poll for Biden, 15%, is bad enough. Biden's lost ground in the horserace in every poll we've done so far. He now sits 10 points behind the leader, Buttigieg.

Go beneath the surface, and it doesn't get any better. In fact, you can argue that it gets worse.

Among those voters who say they are certain of their caucus choice, Biden's earning 14%. In September, he was at 26% among this group.

Biden's at 20% among moderates and conservatives. That's down from 31% in September. He was at 31% in June too.

There is still time to turn it around: 58% say they at least actively considering Biden. That's little changed from 60% in September and 61% in June. Additionally, more likely caucusgoers (25%) say Biden is almost certain to beat Trump than they say of any other Democrat tested. That could be key in a cycle in which beating Trump is a priority.

Buttigieg's campaign made a decision in the past few months to move toward the center. He has, for example, been clear in his attacks on Warren and "Medicare for All." Caucusgoers seem to be picking up on this shift.

Take a look at where Buttigieg is scoring among different ideological groups. He's at 12% among those who say they are very liberal, 25% among those who identify as liberal and 30% among moderates and conservatives.

This pattern simply didn't exist in our September poll. Buttigieg was at 7% among very liberals, 14% among liberals who aren't very liberal and 8% among moderates and conservatives.

In other words, Buttigieg's actually doing worse with very liberal caucusgoers than he was in June, even as he is doing considerably better among caucusgoers overall.

Today, 63% of likely caucusgoers believe Buttigieg's ideology is "about right". That's the highest of any candidate tested. A mere 7% believe he's too liberal, while 13% think he's too conservative.

Buttigieg seems to be taking advantage of a rising number of caucusgoers who think Warren is too far left. Now, 38% believe she is too liberal, which is up from 23% in March. That could be deadly for her campaign if voters think her leftward tilt hurts her electability.

But perhaps the candidate most harmed by this Buttigieg's tack to the center is Biden. Biden's down from 31% among moderate and conservatives in September and June to 20% now. 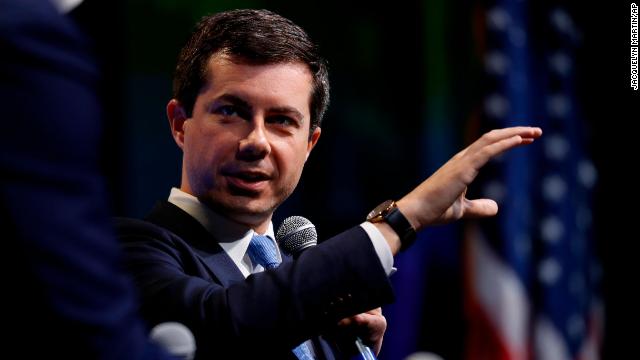 South Bend, Indiana, Mayor Pete Buttigieg is the clear leader with 25% in the latest CNN/Des Moines Register/Mediacom poll of likely Iowa Democratic caucusgoers. He's up from a mere 9% in our September poll, 15% in June and 1% in March.

Buttigieg is running 9 points ahead of his nearest competitor, Massachusetts Sen. Elizabeth Warren. She's at 16%, down from 22% in September.

Joining Warren in the second tier are former Vice President Joe Biden and Vermont Sen. Bernie Sanders at 15% each.

The only other candidate to see appreciable upwards movement in our poll is Minnesota Sen. Amy Klobuchar. She clocks in at 6%, up from her previous high of 3%.

All candidates besides these five registered support from 3% or less of caucusgoers in this poll.

This includes California Sen. Kamala Harris. She hit just 3%, which is her lowest in any CNN poll of Iowa since last December.

And for those wondering, former New York City Mayor Michael Bloomberg gets 2% in the horserace. His favorable rating of 18% is well below his unfavorable rating of 59%. That makes for a net favorability of -39 points -- the worst of all Democrats polled.

(All June breakdowns in these posts are among in-person caucusgoers. In that survey, caucusgoers were asked if they would caucus in-person or virtually. Rules implemented now make it so that all caucusgoers will be in-person.)