Our new CNN poll of potential Democratic voters nationwide shows that Joe Biden is the No. 1 choice for the Democratic presidential nomination, with 34% of voters backing him. That’s up significantly from 24% last month.

We’ve asked about enthusiasm and voting in a presidential election 35 other times since 2003 and never has the percentage of voters who said they were extremely enthusiastic about voting been higher than 45%. That 45% was in a poll conducted earlier this year. Prior to this year, the percentage never hit 40%.

The record enthusiasm this year matches a trend we saw in the midterm elections. Compared to prior midterms, a record percentage said they were extremely enthusiastic about voting in those elections.

The high enthusiasm last year led to record turnout. Will the same hold true for next year’s presidential election?

Other measures point to high turnout as well. More voters say they are extremely interested in the 2020 election than at a similar point in prior elections, according to Fox News polling.

There doesn’t seem to be a major partisan slant to the enthusiasm. Voters who lean Democratic at 45% are slightly less likely than voters who lean Republican at 51% to say they are extremely enthusiastic. That difference is not statistically significant.

One of the most interesting nuggets from our poll is that 43% of potential Democratic voters would be enthusiastic if Biden were the nominee. Warren, at 41%, and Sanders, at 39%, post similar percentages.

I was interested if these were lower than normal, given that there are reports that party actors are unhappy with how the primary is playing out. They're hoping for someone new to jump in the race.

Well, the percentages for the leading Democrats this year look as good, if not slightly better, than the last two Democratic nomination fights at this point. Back in early November 2007, 30% said they’d feel enthusiastic if Barack Obama was the Democratic nominee. For Clinton, it was 39%. John Edwards rang in with a mere 18% on this score.

Jump ahead to 2015 and you see something similar. In September 2015, 43% said they would be enthusiastic if Clinton were the nominee. It was 37% for Biden and 31% for Sanders.

At the end of the day, voters had their say in that Republican primary. 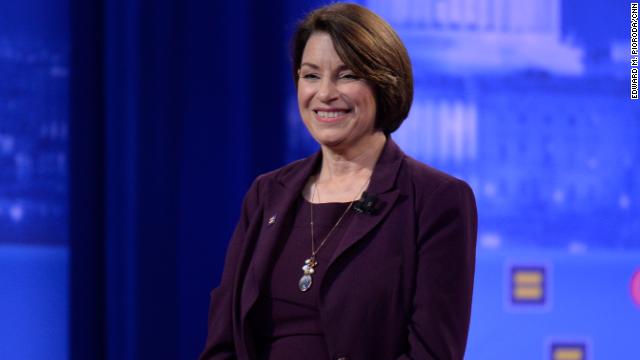 The good news for Sen. Amy Klobuchar is she gets 3% in our poll. That may seem low, but it’s good enough to give her one more qualifying poll for November’s Democratic primary debate.

Klobuchar is on the precipice of appearing in another debate, as she only needs one more poll to make the stage. But this was far from a foregone conclusion prior to last week’s CNN/The New York Times debate.

She had only one qualifying poll. Since that debate, however, she’s seen a boom in fundraising and a tiny surge in the polls.

Klobuchar, however, is still far from being a top contender. She’s 31 points behind front-runner Biden in this poll.

I have long suggested that, based on her general election performance in Minnesota, Klobuchar has the strongest case to make about beating Trump in the general election.

But there’s little chance that general election polls (outside of Minnesota) will showcase her electability argument at this point. Why? A majority of non-potential Democratic primary voters (i.e. non-Democrats) nationwide, 60%, can’t form an opinion of her at this point. Those are the voters Klobuchar might win over.

That lack of knowledge voters have of Klobuchar presents a problem for her electability argument.

The senator needs to keep appearing on debate stages if she’s going to boost her name recognition. 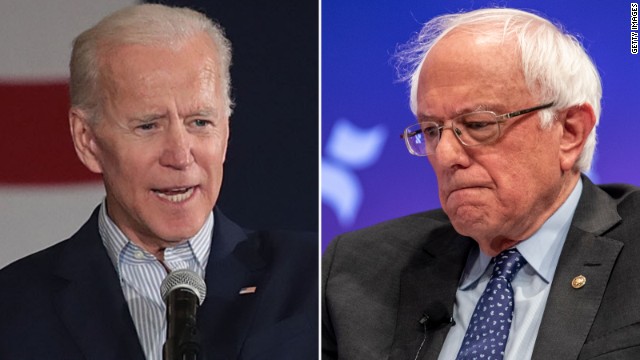 One of the more interesting bits of conventional wisdom this primary season has been the belief that a lot of Biden’s primary advantage has to do with name recognition. Following this theory to its logical conclusion, Biden would lose ground as the primary season goes on.

Yet Biden’s mostly held his 30%. (Warren’s been gaining ground mostly at the expense of other candidates.)

Indeed, outside of some big event, our poll suggests that Biden’s floor may be stabler than others.

The majority of his voters (59%) say they will definitely support Biden in his fight for the Democratic nomination. Only 41% say they might change their mind.

For all voters of the other candidates, it’s reversed: 40% say they will definitely back their candidate and 60% say they might change their mind.

This looks very similar to what we saw in our last poll of likely caucusgoers in Iowa: Biden and Sanders do best among those who are certain of their choice. Warren does far worse.

That makes some sense, given Warren has gained a lot of supporters recently, and they may be more likely to switch away from her. Meanwhile, Biden and Sanders backers have been with their candidates for longer.

One of the big reasons Trump was able to win in 2016 was that he beat Clinton by 17 points among the 18% of the electorate who held an unfavorable view of both Clinton and him.

CNN 2020 polling data suggests that Trump will have a hard time winning that way again.

Biden beat Trump by a 72% to 8% margin among those who had an unfavorable view of both Biden and Trump.

Sanders defeated Trump by a 67% to 17% margin among those who had an unfavorable view of both Sanders and Trump.

When we combine the April and October samples, we get Biden 72% to Trump’s 12%.

A Fox News poll in August had Biden up 43% to 10% over Trump among those who had an unfavorable view of both.

In other words, the data is quite consistent in suggesting that Trump will have a hard time winning over those voters who dislike both major party candidates. 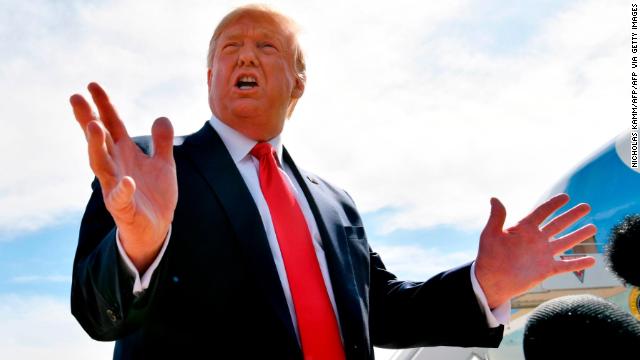 When you look at the biggest difference between the 2016 election and the 2018 election, it comes down to whether voters who disliked Trump voted against him and the Republicans.

In our poll, 56% of voters hold an unfavorable view of Trump. It will be awfully difficult for Trump to win in 2020 if he loses by 80+ points among a 56% chunk of the electorate.

Now take a look at how much Trump is losing by in hypothetical 2020 matchups among those who hold an unfavorable view of him:

In other words, Trump’s hope of keeping down his losses among those who dislike him are not high at this point. Part of that has to do with the fact that while none of his opponents are greatly popular, all of them are more popular than Democrat Hillary Clinton was in 2016. Each has a net favorability rating (favorable-unfavorable) of at least -3 points with voters. Clinton’s was -12 points in the exit polls. 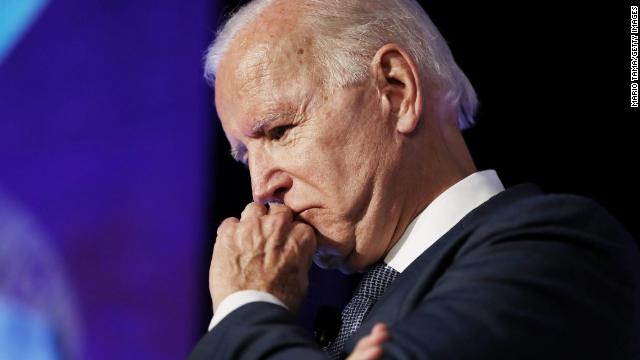 Biden has faced an onslaught of negative press. There’s the whole situation with his son Hunter and Ukraine that has led to the impeachment inquiry into Trump. (There is no evidence of wrongdoing by either Biden.) Additionally, the former vice president has been decried for lackluster debate performances and fundraising numbers.

Those factors don't seem to be affecting Biden’s standing with voters in our poll.

Our latest poll has him at 34% of the national primary vote. That’s up from 24% before the impeachment inquiry started.

CNN’s poll is on the higher end of primary polling for Biden, but it doesn’t appear to be an outlier. The average primary poll this month has Biden at 30% nationally and Warren at 22%.

In our poll and in the average, Biden still holds an advantage over his Democratic primary opponents nationally.

Biden is also ahead of Trump by 10 points in a hypothetical 2020 matchup. Every month this year, Biden’s been up against Trump by between 6 points and 10 points in an average of polls. This poll matches October’s monthly average of 10 points.

Biden’s favorable rating with all voters stands at 47%. That’s exactly where it was in late June.

More importantly for general election prospects, his favorable rating among non-potential Democratic voters (i.e. everyone who isn’t a Democrat or Democratic leaning independent) stands at 22%. Back in late June, he was at 24%. 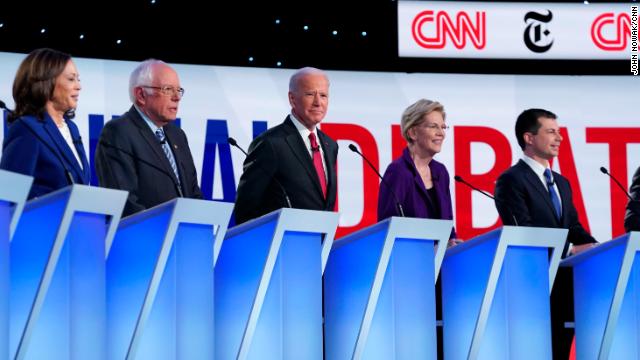 Our latest CNN poll conducted by SSRS among potential Democratic primary voters nationwide finds that 34% want former Vice President Joe Biden to be the Democratic nominee for president in 2020. That’s up significantly from 24% last month.

Massachusetts Sen. Elizabeth Warren and Vermont Sen. Bernie Sanders are in a close battle for second place with 19% and 16% respectively. These percentages for Warren and Sanders closely mirror our last poll.

South Bend, Indiana, Mayor Pete Buttigieg and California Sen. Kamala Harris, both at 6%, are the only other candidates to break 5%.

Importantly, Minnesota Sen. Amy Klobuchar and former Texas Rep. Beto O’Rourke are each at 3% in our poll. Klobuchar is now one qualifying poll away from making the November debate stage. O’Rourke is two polls away.

Meanwhile, Biden, Warren, Sanders and Buttigieg all defeat President Donald Trump in a hypothetical general election matchup. In all of these hypotheticals Trump is at 43% to 44% of the vote.

This matches most other high quality polling of the general election. All of the top polling Democrats are beating Trump, with Biden doing statistically insignificantly better than other Democrats.